You are here:
Home / pancreas etoposide

Severely arthritic grandmother claims she spent SIX DAYS in a chair in A&E: ‘Inhumane’ ordeal saw her hooked up to an IV drip while on a wooden chair

A grandmother who was forced to spend six days stuck in a chair while staying in a grubby Welsh A&E department has described the experience as ‘inhumane’.

Val Griffiths, from Canton, Cardiff, was diagnosed with severe food poisoning in August and has had problems with her breathing ever since.

Her condition got so bad last week that her son drove her to the emergency unit at the University Hospital of Wales (UHW) to get expert help.

But she claims she spent the entire stay – from Tuesday, September 27 to that Sunday, not in a bed but in an uncomfortable chair connected to an IV drip.

The former charity worker said not only did this area called the ‘IV lounge’ have no privacy, but added she also wasn’t given any medication for 24 hours after staff ‘accidentally scrubbed her name off the whiteboard’.

Now back at home, Ms Griffiths said she didn’t blame the individual staff for her care but added that the NHS seems unfit for purpose.

‘I’m not trying to criticise the nurses as they are under almost constant pressure, but from my experience it felt like I was in a hospital in a third-world country,’ she said.

‘It’s absolutely not fit for purpose. Inhumane is the word I would use to describe it. I’ve told my son to never take me there again.’ 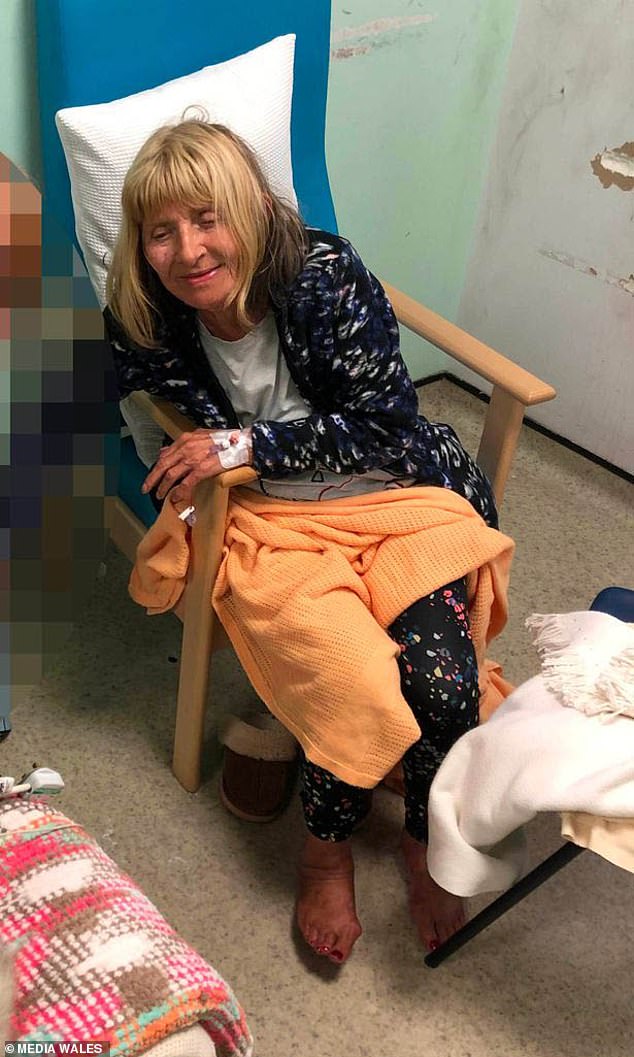 This is where Val Griffiths, an elderly grandmother was forced to stay in a nightmarish six day stint in the A&E unit of the University Hospital of Wales 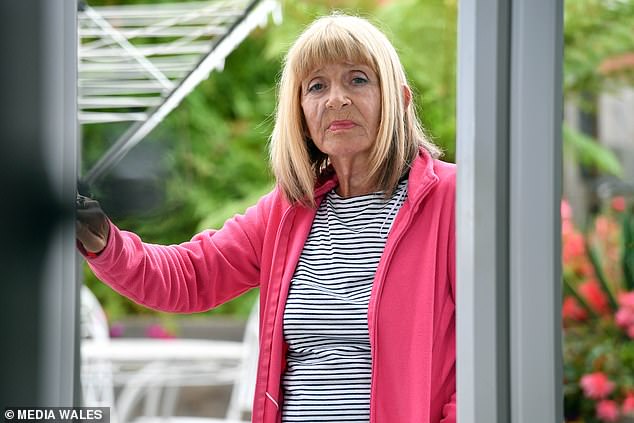 Now recovering at home, Ms Griffiths described the conditions she suffered as ‘inhumane’ 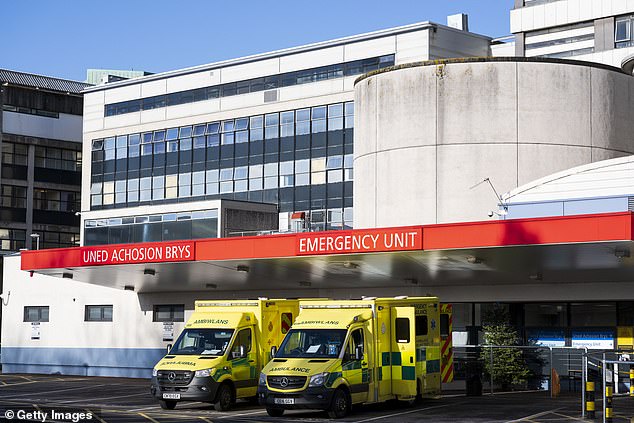 Hospitals are piling pressure on ambulance services by charging patients up to £76.80 a day to park, campaigners warned yesterday.

They said sky-high parking fees mean many sick Britons can no longer afford to drive to A&E and rely on 999 vehicles instead.

They found St Thomas’ Hospital in central London – opposite the Palace of Westminster – was the most expensive at £3.20 an hour, or £76.80 a day.

Seven of the ten priciest car parks for a 24 hour stay were in the capital.

The most expensive outside London was Addenbrooke’s in Cambridge, which charges £22, according to the research by car sales firm Motorfinity.

Department of Health guidance says NHS hospitals can charge for parking but prices should be ‘reasonable for the area’.

Trusts must offer free parking to some groups, including disabled patients and parents of sick children staying overnight.

Tory MP Sir Mike Penning, who has campaigned against hospital parking charges, said: ‘The NHS is founded on the principle that it should be free at the point of delivery and that should apply to motorists, be it patients or their loved ones who are visiting at a time of need.

In a story, first reported by Wales Online, it was not clear why Ms Griffiths was not offered a bed during her six day ordeal.

Most instances of ‘corridor care’, where patients are cared for outside of designated ward areas, are due to hospital overcrowding.

It was also unclear if she was reliant on staff to bed fed, watered and for going to the bathroom, or if her family helped.

Ms Griffiths, who has severe arthritis in her spine and is recovering from a double spinal fracture, said she was given antibiotics through an IV drip upon her admission to A&E.

But she added that as the department was so incredibly busy she feared mistakes were being made.

‘One day I didn’t have any observations done, I didn’t have my medication, my drip wasn’t replaced and I didn’t see a doctor. I was totally confused why this was happening,’ she said.

‘They have a board there with all the patients’ names on it and I could see my name had been scrubbed off.

‘I queried it with one of the nurses when I had a walk around, and she then went on the computer and could see that I should have been on there and added it again.

‘They then came in and did my obs straight away and they got my medication. Those are the sort of mistakes that are being made.’

Ms Griffiths who worked for Oxfam as an area manager for Wales, added that her legs became very swollen during her time in the unit sitting on a high-backed chair.

It wasn’t until day five of her stay that she claims she was given a more comfortable reclining chair that had been recently purchased by the health board.

‘I was told to get my legs up above my heart – have you ever tried doing that sitting in an upright chair? I’m not young. I couldn’t believe what they were saying to me.’

On the Saturday night, Ms Griffiths said one of the patients in ‘IV lounge’ was ‘clearly alcohol or drug dependent’ and the hospital was so understaffed it fell to patients to stop her from tearing the drip out of her own arm.

‘We’d stopped her a number of times from getting this cannula out – a nurse can’t sit with her 24-7 so we took it upon ourselves to step in,’ she added.

‘At that point I told the nurses I would discharge myself if she wasn’t moved.

‘Thankfully they did move her, but who made that decision to put her in a room with us? She wasn’t mentally well.’

On Sunday, October 2, Ms Griffiths said staff made the decision to discharge her and not transfer her to a ward in the main hospital.

‘They discharged 16 of us in one go which seemed like an awful lot to me,’ she said .

‘It felt like they were just clearing us out. By that point I just wanted to get out of there and come home. I’m now on oral antibiotics but my breathing is still not right.’

‘I think care in the community isn’t there. What happens then is they can’t shift people out of wards, it then causes blockages in A&E and its staff are having to cope with that.

‘There’s a distinct lack of communication in A&E in regards to what is happening to patients as they haven’t got time to speak to them.

‘I talked to one of the senior nurses and asked her how morale was within the team. She couldn’t answer me verbally other than pulling an overly-grinned face.’

Healthcare Inspectorate Wales visited the University Hospital of Wales’ A&E department between June 20 and 22 and found that it was overcrowded, visibly dirty, and could not guarantee the safety and dignity of patients.

In response to Ms Griffiths claims, a spokesperson for Cardiff and Vale University Health Board, said: ‘We are sorry to hear that Ms Griffiths recently had a poor experience while in our care.’

They added they would welcome the opportunity to  discuss the concerns raised by her directly.