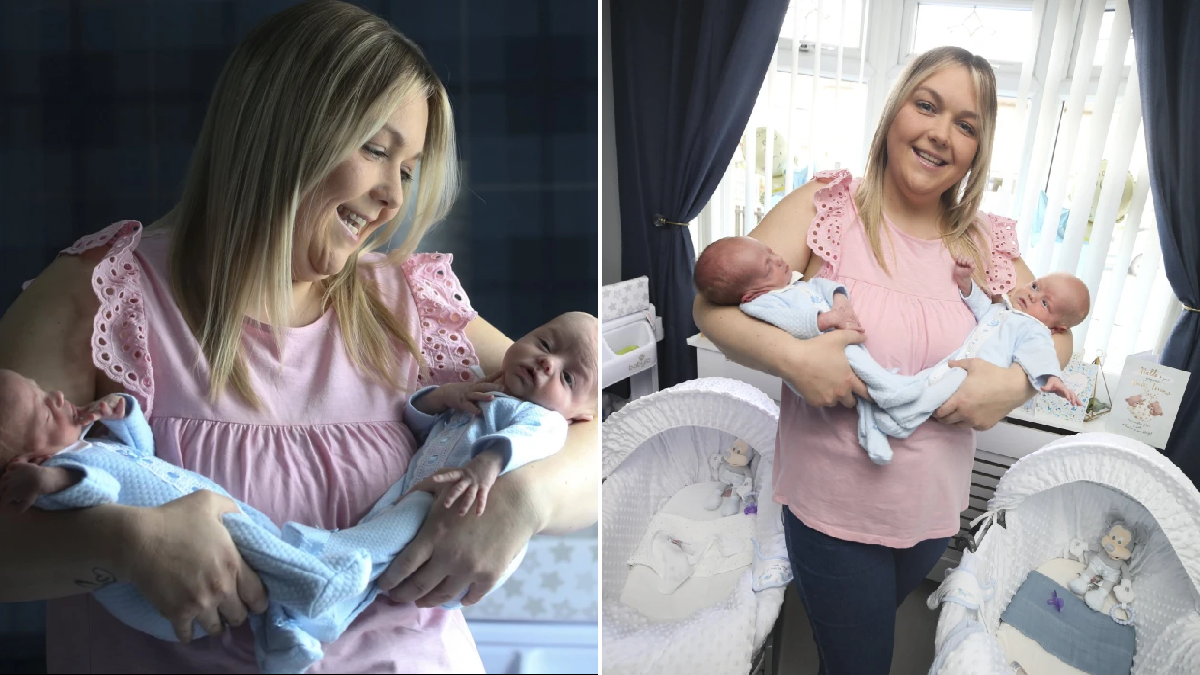 In late April, Amy McNaughton went into labour at 34 weeks with her twin boys, Jace and Jude.

The 30-year-old was rushed to Wishaw General Hospital, in North Lanarkshire, metoprolol er images where she gave birth to Jude in just two pushes.

However, Amy suffered a cord prolapse – which put baby Jace in danger – and was told she urgently needed an emergency c-section to get him out safely.

But quick-thinking from midwife Valerie Ferry helped to save the unborn baby’s life.

Valerie jumped on top of Amy and held the baby and cord inside with her hand, until they reached the operating room.

Mum-of-three Amy says: ‘It was terrifying. I felt like it was something from a movie being rushed to theatre with the midwife holding everything inside of me with her hand.

‘I was scared for Jace as I didn’t think he would have made it with having the cord prolapse.’

After an emergency c-section Jace was born an hour later and the twins were then sent to the neonatal intensive care unit in incubators – to help them maintain their body temperatures.

Shortly after, they moved Jude and Jace to the special care baby unit where they spent 11 days.

The babies have since been discharged and are now enjoying family life in North Lanarkshire – alongside their four-year-old sister, Callie, and dad Graeme Pow.

But Amy believes it was Valerie’s actions that saved Jace’s life.

And it was even more of a miracle considering she had only come into work by chance that day – as she took on an extra shift.

Now, Amy is hoping to be reunited with the midwife, to properly thank her.

Amy adds: ‘The midwife, who in my eyes saved Jace’s life, was called Valerie Ferry.

‘I’d love to find her to thank her.

‘She isn’t based in Wishaw and only took an extra shift that day.

‘I’m so thankful for her quick acting to hold Jace in, as it could have been a totally different outcome.’