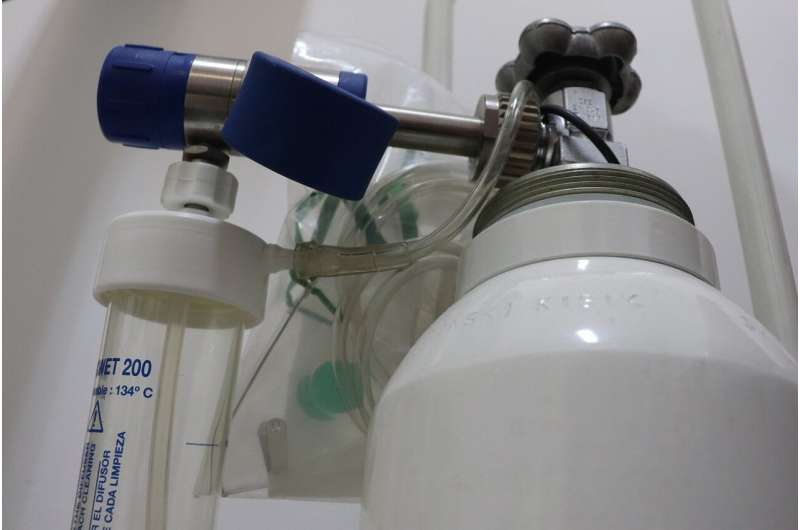 A restrictive oxygenation target in comatose patients resuscitated after out-of-hospital cardiac arrest does not worsen survival or neurological outcome compared with a liberal target, according to late breaking research presented in a Hot Line session on 27 August at ESC Congress 2022.

More than 750,000 Europeans suffer cardiac arrest every year and most die before reaching hospital. Among those surviving to hospital admission, approximately 40% will die and the first days of intensive care are critical. Hypoxic-ischemic brain injury is by far the leading cause of death.

During resuscitation, the brain is exposed to hypoxia and ischemia, and when circulation is re-established, reperfusion may cause further injury. To attenuate this, guidelines recommend temperature control with sedation and mechanical ventilation. Observational studies have shown that high blood oxygen content is associated with high risk of brain injury and mortality. Animal studies have suggested that too much oxygen worsens brain damage after cardiac arrest. However, prevent ritalin headaches too little oxygen also bears risks. Thus, clinical equipoise exists with regards to the benefits of different targets for oxygen therapy in patients resuscitated after cardiac arrest.

BOX examined the effect of two oxygen targets during mechanical ventilation on the composite endpoint of death from any cause or discharge from hospital in a poor neurological state in comatose patients resuscitated after out-of-hospital cardiac arrest. The trial had a factorial design which also allocated patients to one of two target blood pressures (reported in another ESC Congress presentation). The blood pressure intervention was double-blinded and the oxygenation intervention was open-label. The study was performed at two Danish high volume cardiac arrest centers.

A total of 789 comatose adults were randomized 1:1 after out-of-hospital cardiac arrest of presumed cardiac cause to either restrictive oxygenation targeting a PaO2 of 9–10 kPa or liberal oxygenation targeting 13–14 kPa. The average age of participants was 63 years and 81% were men. Patients received standard targeted temperature management for 24 hours at 36 °C.

The primary endpoint was a composite of all-cause mortality within 90 days or discharge from hospital in a state of Cerebral Performance Category (CPC) 3 or 4 (defined as depending on others for daily activities or worse), whichever occurred first. Secondary endpoints comprised all-cause mortality, and three-month CPC, modified Rankin Scale score to assess disability, and Montreal Cognitive Assessment (MoCA) score to evaluate mild cognitive impairment.