You are here:
Home / is testosterone therapy steroids 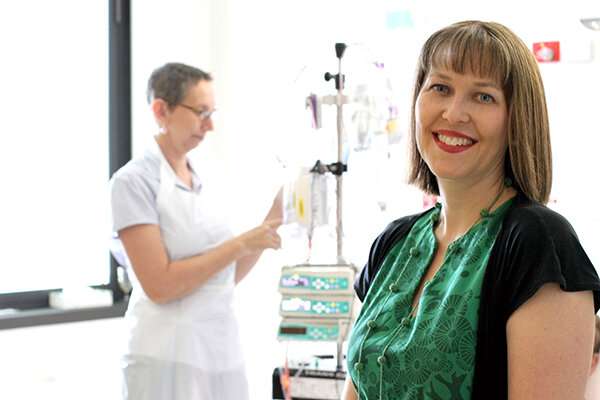 Researchers hope to save significant time, money and resources in Australian hospital wards, with findings from a new University of Queensland-led study.

Professor Claire Rickard from UQ’s School of Nursing, Midwifery and Social Work said three days could be added to the life of infusion sets, while still preventing bloodstream infections in adults and children.

“Almost all hospital patients have some form of intravenous device in their veins or arteries for medical treatment, but they can become infected which is a life-threatening complication,” Professor Rickard said.

“We found replacing infusion sets at four days made absolutely no difference to infection risk, where to buy generic toradol overnight shipping no prescription compared to waiting seven days.

“Nurses are too busy to be changing equipment if there is no good reason to change it.

“Annually this could lead to $15 million in savings in Queensland alone.”

The Australian National Health and Medical Research Council-funded study was one of the largest nursing-led clinical trials undertaken, with almost 3000 patients participating at 10 Australian hospital partners of the Alliance for Vascular Access Teaching and Research.

Patients were assessed for infections, mortality and adverse events, while infusion kits were tested for bacteria and other microorganisms.

“We used new criteria to diagnose whether bloodstream infections in cancer patients with catheters might be coming from their gut,” Professor Rickard said.

“Using this method, we halved patient numbers diagnosed with catheter bloodstream infections in both study groups.

“Rather than disposing of masses of infusion equipment, regular hand hygiene by nurses and doctors, cleaning patients’ skin and injection connectors with antiseptics, and removing catheters as soon as possible are effective ways to prevent intravenous catheter infections.”

“However, we found a type of connector called a three-way stopcock was most likely contaminated with bacteria, which puts their use into question.”

Led by Professor Rickard, based at the Royal Brisbane and Women’s Hospital, the study was co-authored by researchers from UQ’s School of Nursing, Midwifery and Social Work, Rural Clinical School, UQ Centre for Clinical Research, and School of Medicine, along with researchers with links to 19 other research organizations.