You are here:
Home / is giving ibuprofen to dogs safe

is giving ibuprofen to dogs safe 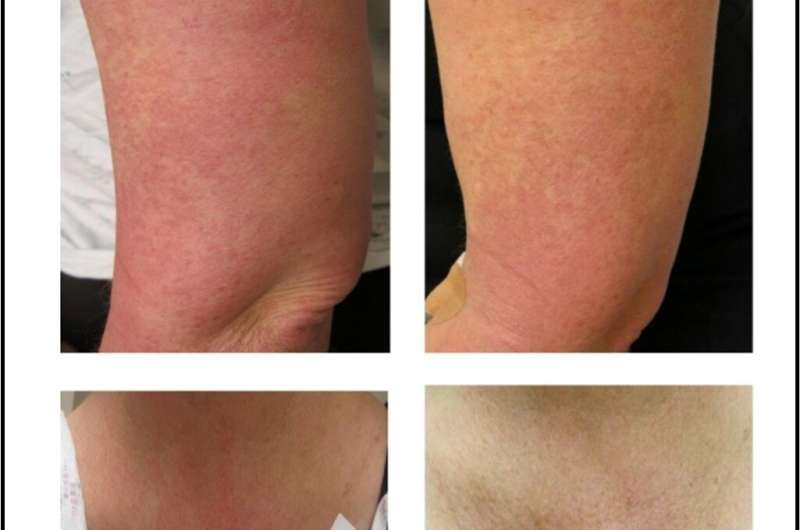 A recent study in the Journal of Investigative Dermatology describes the success of using lenabasum, drinking water while on accutane a cannabinoid receptor type 2 (CB2) agonist that triggers the resolution of inflammation, to treat amyopathic dermatomyositis. This phase 2 trial, the first double-blind, randomized, placebo-controlled research on skin-predominant dermatomyositis, tested the potential benefits of activating the endocannabinoid system to reduce the inflammation causing the symptoms. More than 40% of the patients taking lenabasum demonstrated significant improvements.

“It had been over 60 years since a new medication was approved for any form of dermatomyositis, and intravenous immunoglobulin (IVIG) was just approved in the past year. Current treatments, which are limited and can involve frequent and costly intravenous infusions, are not always effective in treating its dermatological manifestations and can produce side effects,” explained lead investigator Victoria P. Werth, MD, Corporal Michael J. Crescenz Department of Veterans Affairs Medical Center, US Department of Veterans Affairs; and Department of Dermatology, University of Pennsylvania Perelman School of Medicine, Philadelphia, PA, U.S.. “Our research showed that the CB2 agonist lenabasum works to improve the skin of patients with amyopathic dermatomyositis in a short period of time. The identification of a well-tolerated and effective oral medication greatly expands treatment options for patients with refractory skin disease.”

Lenabasum is an investigational drug under development. Twenty-two adults diagnosed with dermatomyositis with moderate to severe skin disease participated in the trial, receiving 20 mg daily of lenabasum or a placebo for 28 days, then 20 mg twice a day for 56 days. On Day 113, their Cutaneous Dermatomyositis Disease Area and Severity Index (CDASI) levels were evaluated relative to baseline, along with secondary outcomes such as quality of life (measured with the Skindex-29), and certain biomarkers. 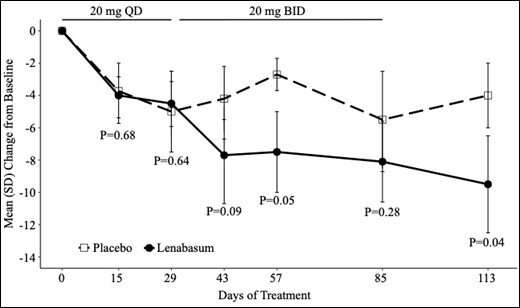 More than 40% of the patients in the study taking lenabasum demonstrated significant improvements on the CDASI, a validated disease-severity scale. Results showed a trend for the change from baseline CDASI to be greater in lenabasum versus placebo starting at Day 43, two weeks after the dose was increased. At Day 113 there was a statistically significant difference between the two groups. The drug was well tolerated with no serious or severe side effects.

A phase 3 study of lenabasum was conducted last year, but with crucial changes resulting from an FDA mandate: The participant profile shifted to include predominantly dermatomyositis patients with both muscle and skin disease, rather than skin only as in the phase 2 trial. The study ran for a shorter period than originally planned and used outcomes that assessed lenabasum’s efficacy against inflammation in multiple organs (instead of skin only). The drug was not effective for the patients with both muscle and skin manifestations.

However, the Phase 3 trial did include a small subset of patients with skin-only dermatomyositis. For them, the lenabasum demonstrated a statistically and medically significant benefit at 28 weeks, suggesting differences in the skin responses between amyopathic and classic dermatomyositis patients.