You are here:
Home / furosemide side effects muscle cramps 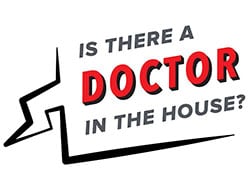 Emergencies happen anywhere, anytime, and sometimes physicians find themselves in situations where they are the only ones who can help. Is There a Doctor in the House? is a new Medscape series telling these stories.

I was hiking with my best friend and dog at Big Bear Lake in California. We hiked in and slept overnight, and the next day continued up the mountain. It was getting really steep and my dog Virgil couldn’t make it. So I said, “I’m turning around, man.”

We went about a quarter mile back down, and I was standing on this rock. Virgil was really tired and he kind of walked into me and made me lose my balance. I stepped out with my left foot, and it landed in between two rocks. I could tell it was broken right away. I was looking at the bottom of my foot, and it wasn’t where it should be.

I decided to put my foot back in place. And yes, children’s claritin while breastfeeding it hurt a lot. I sat down and thought about what I should do. I yelled for my best friend, and he came back down.

Other hikers came by ― two camp counselors and a group of kids had a radio. They called for help. At this point, I was just chilling there, feeling embarrassed. Like, I’m the idiot who went camping and had to be rescued. I was just dreading the experience of being that guy.

I sat there waiting for the helicopter, and when it came, it took a long time to land. We were near a field, but the slope was really rough with rocks everywhere. I could see the helicopter pilot inch by inch balancing on this huge rock. And I felt even worse. Dude. What am I doing? How did this happen?

My view wasn’t perfect, though, and I missed what happened next. All of a sudden my best friend is in front of me saying, “Oh my God! The guy got hit by the blade!” I said, “What?!” And he said, “Yeah, he got hit in the head by the rotor blade!” I said, “Come on, get me down there.” My best friend’s an electrical engineer. He ain’t gonna help someone.

This is actually a major safety issue for all helicopter operations. It’s something we talk about all the time. I think the problem here was the helicopter was on a slant, so the rotor was pitching down. The kids were all clapping when they landed, so maybe the guy lost focus. I don’t want to speculate, but it happened.

My friend helped me hobble down there. The man was down, unconscious, bleeding badly. One of the camp counselors was holding pressure onto the very large head wound with his shirt. He really saved the guy’s life. I wasn’t sure whether we should medevac this guy right away or try to stabilize him. Then I realized he wasn’t breathing that well. I decided that we needed to focus on the here and now.

There were bags and bags of equipment in the helicopter. Just way too much stuff. They had oxygen tanks. They had airway supplies. I was digging through these huge packs and throwing stuff out in the middle of the field. I finally found the airway supplies I needed. At first, I was going to orally intubate him, but I didn’t have good IV access. So, I ditched that plan and just put in a nasopharyngeal airway and bagged him. I loaded my pockets with ACLS drugs in case I needed them in flight.

I told the pilot, “Hey man, I’m going to need some help back here bagging this guy. If he needs drugs, I’ll need extra hands.” Someone also needed to hold pressure on his head. But the helicopter was only supposed to hold the rescuer, the pilot, and the victim. So, we threw out a bunch of weight. Seats, equipment, everything that we could strip out of that helicopter, we ripped out and threw in the field. The bottom line was, we had to go.

The other camp counselor helped me bag the patient and take care of him in flight. The patient started waking up, trying to take his mask off, not enjoying the circumstance he found himself in. But we continued to hold pressure and bag him. I was jumping around a lot and I kept hitting my foot, which was extremely painful. I figured people have done a lot more with a lot worse. 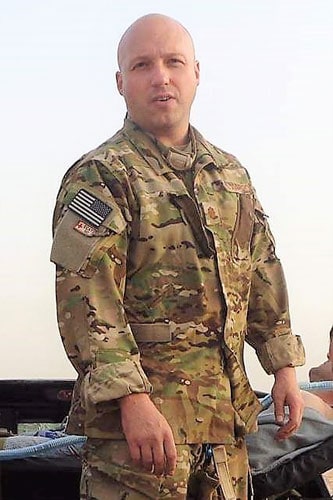 We finally arrived at the hospital, and they wheeled him off. They intubated him and took him to the OR. It was funny because the ER doctor there happened to be an Air Force reservist, and I’m active duty Air Force. At one point, he said, “Hey, did you ever break your leg?” I said, “Did you ever work at….” It turns out he was the ER doctor that saw me when I broke my leg another time. So, we laughed about that. I also didn’t realize until several years later that I had worked with him at University Medical Center in Las Vegas.

So, I got my leg casted and later it was operated on by the Air Force surgeon. My friend and Virgil had to hike back out, and then we all drove home the next day.

The guy recovered pretty well. He had some deficits, but he’s doing well overall. The California Highway Patrol kept me updated for several months.

When you’re a hospital physician, you’re used to so much support. I’m not very good at starting peripheral IVs, because I never do them. Out there I couldn’t say, “Hey, Nurse Smith, can you please start an IV and I’ll come in and do a central line in a little bit?” You have what you have. Starting a peripheral IV with a new kit I’d never worked with, on the ground, that was a challenge. The airway stuff I felt extremely comfortable with even though a lot of the equipment was different.

I was lucky because I’m a military doctor and had just done CCATT, critical care air transport training, and also some austere environment training. So, I felt a lot more comfortable with “nonstandard aviation,” as we call it the military, and medevac stuff.

The algorithm is still helpful, though. It’s still going to be some version of, airway, breathing, circulation. I thought of that a lot. I can’t let this guy become hypoxemic, because he likely has a brain injury and that would be a second hit. And I have to make sure he has a good radial pulse and he has a good blood pressure, because I can’t let him get hypotensive. You think of those things. It’s just harder to execute in the wild.

The lesson I took away from this: The very simple things save lives: holding pressure, airway management, oxygenation, making appropriate decisions to move or not move. It’s not rocket science. Always keep the basic principles.

Every doctor has rehearsed what they would do in a situation like this. It’s just part of who you are. Just in my rehearsal, my leg wasn’t broken.

Air Force Lt. Col. Jeremy Kilburn, MD, specializes in pulmonary and critical care and is an associate professor of medicine at the Kirk Kerkorian School of Medicine at the University of Nevada, Las Vegas. He is also the school’s director of the Office of Military Medicine.

Are you a physician with a dramatic medical story outside the clinic? Medscape would love to consider your story for Is There a Doctor in the House? Please email your contact information and a short summary of your story to [email protected]

Read more in the series:

A Beach Drowning and Car Crash Rescue – Back to Back