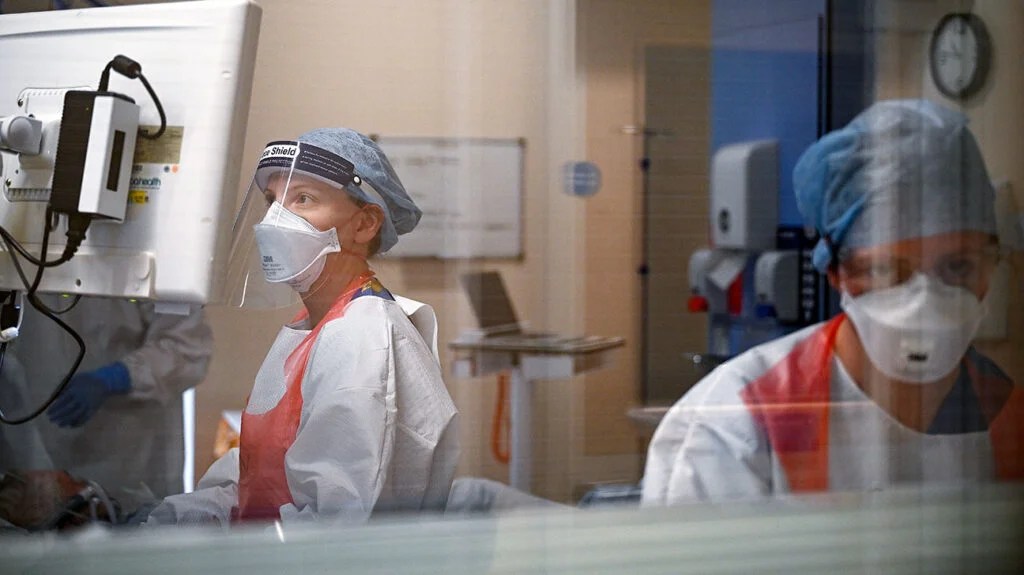 A recent study appearing in the journaleClinical Medicinesuggests that severe COVID-19 may be associated with persistent cognitive deficits, equivalent to a decline of 10 IQ points. In this study, severe COVID-19 was defined as COVID-19 that required hospitalization and critical care.

These cognitive deficits persisted until at least 6 months after contracting the SARS-CoV-2 infection, with a gradual improvement, if any, in these cognitive symptoms. These results underscore the importance of longer-term support for patients who have recovered from severe COVID-19.

According to official data from 2020, which is the same year that this study drew its data from, about 4 in 10 adults over the age of 18 are at risk of developing severe COVID-19 in the United States.

A significant minority of individuals with a SARS-CoV-2 infection experience persistent cognitive following the initial 4 weeks after the onset of COVID-19 symptoms. Some of the common cognitive symptoms include problems with concentration, “brain fog,” memory, and executive function.

However, further research is needed to understand the specific aspects of cognitive function that are affected after severe COVID-19 and the factors that predict these cognitive symptoms.

Previous studies characterizing persistent cognitive symptoms in COVID-19 patients have relied on self-reports, which are susceptible to bias. Other studies have used pen-and-paper neuropsychological tests to assess cognitive function.

To address these concerns, the authors of the present study used computerized cognitive tests to objectively characterize specific domains of cognitive function impacted after severe acute COVID-19. These computerized tests also allowed the researchers to assess the magnitude of these cognitive deficits.

Individuals with COVID-19 also experience persistent mental health symptoms such as anxiety, depression, fatigue, and post-traumatic stress disorder (PTSD), which could contribute to the deficits in cognitive function.

Another objective of the present study was to determine whether these mental health symptoms mediate the persistent cognitive deficits in COVID-19 patients.

The present study involved 46 patients who were previously hospitalized for severe COVID-19 and received critical care in Addenbrooke’s Hospital in Cambridge, England. The former COVID-19 patients completed a series of computerized cognitive tests during a return visit to the hospital, an average of 6 months after the onset of the illness.

The researchers found that the COVID-19 patients had a lower score and a slower response time in the cognitive tests than the matched controls. People who had COVID-19 showed more pronounced deficits in specific domains of cognition, including processing speed, attention, memory, reasoning, and planning.

Notably, the deficits in cognitive function in the COVID-19 survivors were not associated with mental health symptoms present at the time of the cognitive testing, such as depression, anxiety, and PTSD.

Instead, the performance in the cognitive tests was correlated with the severity of acute illness. For instance, cognitive deficits were more pronounced in individuals who required mechanical ventilation.

The researchers then compared the performance of COVID-19 survivors with over 66,000 individuals from the general population.

The magnitude of cognitive impairment in COVID-19 survivors was equivalent to the age-related cognitive decline expected during the 20–year period between the ages of 50 and 70 years.

The study’s lead author Professor David Menon, head of the Division of Anaesthesia at the University of Cambridge, says: “Cognitive impairment is common to a wide range of neurological disorders, including dementia, and even routine aging, but the patterns we saw – the cognitive ‘fingerprint’ of COVID-19 – was distinct from all of these.”

Dr. Betty Raman, a cardiologist at the University of Oxford, told Medical News Today, “This prospective cohort study of 46 individuals recovering from severe COVID-19 and large normative reference population by Hampshire and colleagues has shown a clear association between severity of infection and degree of cognitive impairment.”

“This multidimensional characterization of cognition provides a nuanced understanding of distinct patterns of cognitive impairment during the convalescent phase of severe COVID-19. Future efforts are needed to understand how this pattern varies in the context of other post-infectious syndromes and critical illness.”

Dr. Roger McIntyre, a professor of Psychiatry and Pharmacology at the University of Toronto, told MNT, “Inflammatory activation appears to be mediating these findings, highlighting the hazards of lengthy immune activation. The next steps are to unravel biological mechanisms more fully and identify prevention and treatment strategies.”

Discussing major questions that need to be addressed, Dr. Paul Harrison, a professor of psychiatry at the University of Oxford, said:

“This study shows that these deficits can be substantial and persist more than 6 months after the acute illness. The results are convincing and important and raise further questions. For example, what happens following a less severe infection? How long do the deficits last? What causes them and, critically, how can they be treated or prevented?”