You are here:
Home / cistina b6 renovador capilar precio

Curing cancer has been the dream of countless doctors and researchers over the decades. Yet some types of cancer, whether because they affect relatively few people or lack influential advocates, receive less attention and funding than others. 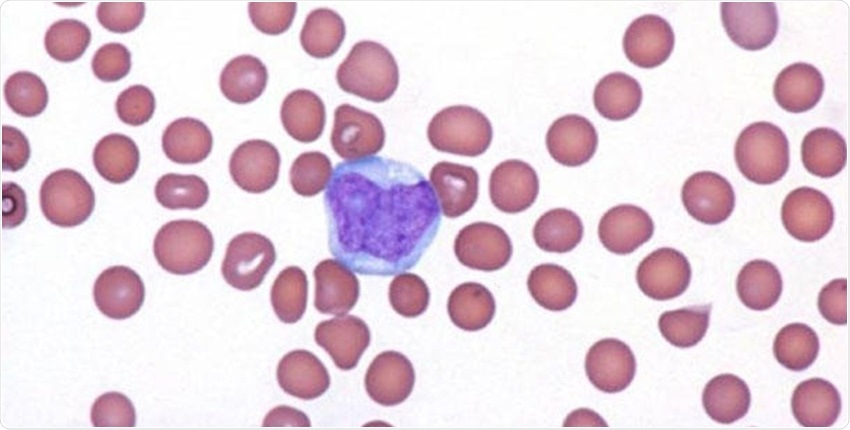 A recent gift to Harvard Medical School is boosting efforts to understand and combat these understudied malignancies.

Established at HMS in 2019 by the Switzerland-based Bertarelli Foundation, the Bertarelli Rare Cancers Fund provides $15 million in support of research projects and community building around rare cancers.

The first round of grants have now been awarded, generic cipro coupons no prescription with more than $9 million distributed to nine teams representing 19 lead and co-lead investigators across HMS and its affiliated hospitals. Research kicked off this winter.

“This exciting new program will advance our capacity to prevent, treat, and cure rare cancers, which, combined, affect many tens of thousands of patients and their loved ones in this country each year,” said HMS Dean George Q. Daley. “By building research capacity and cross-institutional collaboration, the fund helps us pursue our mission of generating new biological insights and treatment strategies that improve health for all.”

We have a shared ambition to conduct research and innovate for the good of society. It’s clear that there is a need and an opportunity to accelerate transformative rare cancer research, and it is my hope that the fund will create a community of researchers who will, in collaboration with scientists around the world, transform the understanding, treatment, and care of rare cancers.”

Although rare cancers by definition each strike fewer than 40,000 U.S. residents in a given year, together they account for about one-quarter of all cancers and cancer deaths in this country, according to the National Cancer Institute.

It can be hard to make research progress in a rare cancer. For instance, tissue samples are scarce and pharmaceutical companies have less incentive to develop drugs for small patient markets. Academic institutions such as HMS can be particularly helpful, Daley said.

With the fresh infusion from the Bertarelli fund, HMS is able to build the infrastructure, generate the knowledge, and strengthen the research communities for rare cancers that more common cancers benefit from.

The gift “shines a spotlight on the needs of rare cancer research” and addresses some of those needs by “supporting promising new research, bringing researchers together, and showing patients that progress can be made,” said fund director Ed Harlow, the Virginia and D.K. Ludwig Professor of Cancer Research and Teaching in the Blavatnik Institute at HMS.

The ultimate goal is to improve the detection, diagnosis, treatment, and prevention of rare cancers.

“We want to provide tangible advances that will lead to lessening the burden for patients and families,” said Harlow.

Findings that emerge from studies of rare diseases can transform science. William Kaelin, the Sidney Farber Professor of Medicine at HMS and Dana-Farber Cancer Institute, shared the Nobel Prize in Physiology or Medicine in 2019 for studies of a rare tumor-driving disorder known as von Hippel-Lindau syndrome, which led to a fundamental insight into how cells sense oxygen that in turn ushered in novel treatments for anemia and has proven relevant for a range of more common cancers.

In addition to the importance of understanding the basics of and developing treatments for rare cancers, said Bertarelli, “sometimes we discover that what we think is a rare disease is not, in fact, all that rare, or that the biological mechanisms discovered in the rare disease are important in many other diseases.”

The first grants span basic, translational, and clinical science while linking junior and senior faculty across the HMS community. The multidisciplinary collaborations promise to approach problems from different perspectives and produce stronger science.

“New eyes on any result can open new angles, provide new insights, and discover missing pieces,” said Harlow. “We’re encouraging everyone to share advice and data before publication as an important part of building a useful community.”

Nabeel Bardeesy, associate professor of medicine at HMS and Massachusetts General Hospital, studies a rare liver cancer in young adults known as fibrolamellar carcinoma. The fund has allowed him to recruit specialists from different fields to his team.

Now, he is probing how the genetic change that defines this cancer type affects tumor cells; using genetics and proteomics, a technique that measures the levels of every protein in a cell, to reveal each gene and molecular circuit that drives tumor growth; and searching for vulnerabilities in the cancer cells that researchers could use to design drugs to attack.

“There hasn’t been a critical mass of people studying fibrolamellar carcinoma nor a good toolkit of experimental model systems to explore the biology,” said Bardeesy. “The gift allows us to make headway by tackling some of the biggest questions in the field, coming up with new approaches, and strengthening the foundation for drug development, which would have an impact on patient care.”

Vamsi Mootha, professor of systems biology in the Blavatnik Institute at HMS and professor of medicine at Mass General, is taking advantage of a recently discovered class of cancer-driving genes to better understand and fight Hürthle cell carcinoma, a rare cancer of the thyroid gland.

Christopher French, associate professor of pathology at HMS and Brigham and Women’s Hospital, is focusing on molecular interactions that drive NUT carcinoma, an aggressive cancer most often found in the head, neck, and lungs, while Andrew Lane, associate professor of medicine at HMS and Dana-Farber, aims to uncover the essential proteins that drive uncontrolled cell division in blastic plasmacytoid dendritic cell neoplasm, a cancer of the blood, bone marrow, and other tissues.

Stephen Elledge, the Gregor Mendel Professor of Genetics and of Medicine at HMS and Brigham and Women’s, is taking a broader approach. His team seeks to develop a collection of all abnormally fused genes known to play a role in rare cancers.

Researchers can then use any or all of the genes in Elledge’s collection to study specific cancers or more universal cancer-driving processes. A website will track connections among fusion oncogenes and fusion-driving proteins and incorporate new findings as they are revealed.

Sinking teeth into the problem

John Hanna, assistant professor of pathology at HMS and Brigham and Women’s, is sequencing the DNA and RNA of clear cell tumor samples. Whereas many clear cell cancers look similar under a microscope, the genetic analyses should allow more nuanced classification, which in turn helps doctors and researchers improve patient diagnoses and prognoses and develop more precise treatments.

We are identifying entirely new types of clear cell tumors and other rare tumors that previously were either unrecognized or erroneously lumped in with other tumor types because of their similar appearance. Understanding the specific molecular and genetic changes within tumors will have major impacts on our ability to care for patients.”

Two projects—one led by Miguel Rivera, associate professor of pathology at HMS and Mass General, and the other by Kimberly Stegmaier, professor of pediatrics at HMS and Dana-Farber—are investigating EWS fusion oncoproteins: abnormally fused-together proteins first discovered in Ewing sarcoma. The researchers plan to illuminate how these fusion proteins function and test new methods for combating them.

“These cancers have lacked effective targeted therapies because the fusion proteins are so difficult to get a lock on,” said Stegmaier. “Our multidisciplinary team of Ewing sarcoma and fusion oncoprotein experts, chemists, and structural biologists is incredibly excited to work together to tackle this problem using new chemistry approaches that leverage the cell’s natural protein disposal machinery.”

Meanwhile, a team led by John Iafrate, the Austin L. Vickery, Jr. Professor of Pathology at HMS and Mass General, seeks to identify biomarkers to aid in the detection and treatment of clear cell odontogenic carcinoma, a cancer of the teeth, jaw, and related tissues, and use those to develop a blood test to track the cancer during and after treatment.

Harlow and team are seeking additional funds to expand the program and gain even more community momentum in rare cancer studies.

The Bertarelli Rare Cancers Fund complements the Bertarelli Program in Translational Neuroscience and Neuroengineering in supporting “bench to bedside” research at HMS.