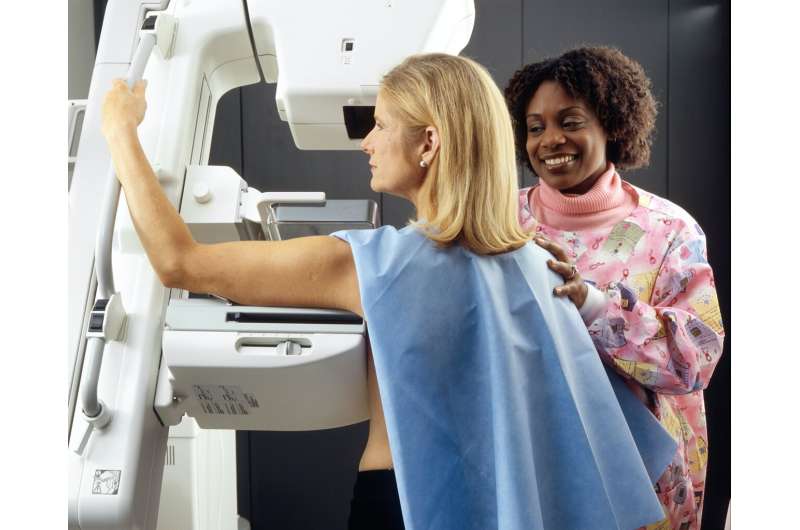 Women diagnosed with early-stage breast cancer often can choose to have a lumpectomy, which removes only cancerous tissue and a thin margin of surrounding healthy cells instead of the entire breast. Current cancer guidelines for most women under 65 recommend following lumpectomy with radiation therapy, which targets stray cancer cells that might otherwise cause breast cancer to recur or spread to other parts of the body.

A new study presented at the 2022 annual meeting of the American Society of Clinical Oncology could eventually expand an option for skipping radiation to some women as young as 55. However, limitations in necessary testing could hinder the approach from becoming widespread, according to a Harvard expert.

Generally, this option is offered to women 65 or older who have small tumors with nonaggressive cells that haven’t spread to the lymph nodes. Medically, this is described as a T1N0, where to buy generic pletal no prescription n grade 1-2 tumor. The tumors must be estrogen receptor-positive, meaning that the hormone estrogen helps fuel their growth. They also must have an adequate margin of normal tissue surrounding the tumor cut away to ensure all the cancer has been removed. Women who decide to omit radiation instead receive medication known as endocrine therapy for five years. This stops cancer cells from using hormones like estrogen to grow and spread.

“This has been the standard of care for a long time in women 65 or older. Now the debate is whether we can also omit radiation for a larger group of patients with breast cancer. For example, can we take this approach in patients younger than age 65, if patients are chosen carefully?” says Dr. Nadine Tung, director of the Cancer Risk and Prevention Program and Breast Medical Oncology at Beth Israel Deaconess Medical Center.

What does new evidence suggest?

The new evidence suggests that younger women with tumor features similar to those described above might also be able to forego radiation without raising their odds of recurrence. Instead, they would take endocrine therapy for five years.

The study involved 500 women ages 55 and older with early-stage breast cancers similar to established criteria for skipping radiation during treatment. It also allowed women to enroll if the margin of normal breast tissue removed was very thin (only 1 millimeter or larger). The analysis used an extra test on tumor cells removed during lumpectomy to confirm that they were slow-growing.

Over an average follow-up of five years, the study revealed that the rate of breast cancer recurrence in the same breast was 2.3% in women who skipped radiation after lumpectomy and took endocrine blockers instead—the same rate expected with radiation use, which was impressive, Dr. Tung says. “Most recurrences will happen within five years. If reproducible, the results could suggest a new set of criteria for avoiding radiation.”

The study’s results are considered preliminary, and further well-vetted research is needed to confirm its results. An additional barrier makes it difficult to translate these trial results to clinical practice: the reliability of the test used in the study to demonstrate that the cancers were slow-growing––called Ki67––varies, and many hospitals don’t routinely use it to assess breast tumors.

“It will help to assess the results of other studies omitting radiation to feel confident we have identified additional patients with invasive breast cancer for whom radiation can safely be omitted,” Dr. Tung says. “Some of these studies use molecular testing to assess features of the breast cancer, and we await those trial results as well.”

Questions to ask your cancer team

For women diagnosed with early-stage breast cancer who want to know if radiation is necessary after lumpectomy surgery, Dr. Tung suggests asking your oncology team these questions: