You are here:
Home / allegra pregnancy side effects 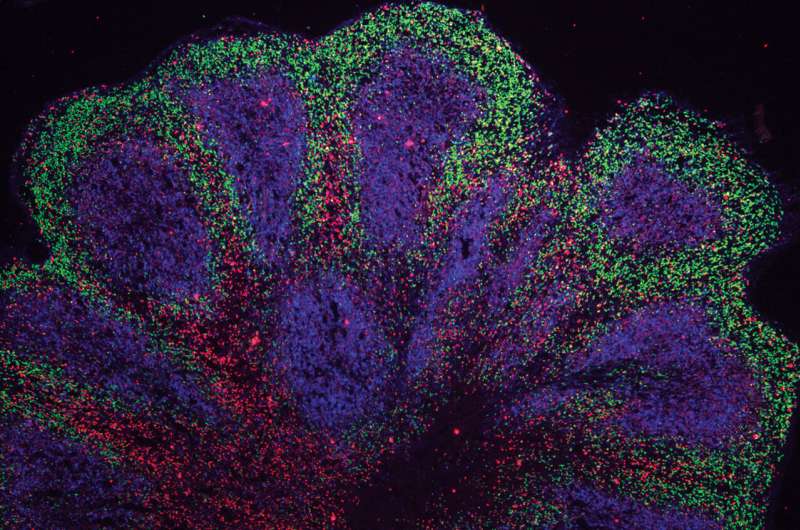 Cambridge researchers have developed ‘mini brains’ that allow them to study a fatal and untreatable neurological disorder causing paralysis and dementia—and for the first time have been able to grow these for almost a year.

A common form of motor neurone disease, amyotrophic lateral sclerosis, often overlaps with frontotemporal dementia (ALS/FTD) and can affect younger people occurring mostly after the age of 40-45. These conditions cause devastating symptoms of muscle weakness with changes in memory, avelox interfere with antidepressants behaviour and personality. Being able to grow small organ-like models (organoids) of the brain allows the researchers to understand what happens at the earliest stages of ALS/FTD, long before symptoms begin to emerge, and to screen for potential drugs.

In general, organoids, often referred to as ‘mini organs’, are being used increasingly to model human biology and disease. At the University of Cambridge alone, researchers use them to repair damaged livers, study SARS-CoV-2 infection of the lungs and model the early stages of pregnancy, among many other areas of research.

Typically, researchers take cells from a patient’s skin and reprogramme the cells back to their stem cell stage—a very early stage of development at which they have the potential to develop into most types of cell. These can then be grown in culture as 3D clusters that mimic particular elements of an organ. As many diseases are caused in part by defects in our DNA, this technique allows researchers to see how cellular changes—often associated with these genetic mutations—lead to disease.

Scientists at the John van Geest Centre for Brain Repair, University of Cambridge, used stem cells derived from patients suffering from ALS/FTD to grow brain organoids. These resemble parts of the human cerebral cortex in terms of their embryonic and fetal developmental milestones, 3D architecture, cell-type diversity and cell-cell interactions.

Although this is not the first time scientists have grown mini brains from patients with neurodegenerative diseases, most efforts have only been able to grow them for a relatively short time frame, representing a limited spectrum of dementia-related disorders. In findings published today in Nature Neuroscience, the Cambridge team reports growing these models for 240 days from stem cells harbouring the commonest genetic mutation in ALS/FTD, which was not previously possible—and in unpublished work the team has grown them for 340 days.

Dr. András Lakatos, the senior author who led the research in Cambridge’s Department of Clinical Neurosciences, said: “Neurodegenerative diseases are very complex disorders that can affect many different cell types and how these cells interact at different times as the diseases progress.

“To come close to capturing this complexity, we need models that are more long-lived and replicate the composition of those human brain cell populations in which disturbances typically occur, and this is what our approach offers. Not only can we see what may happen early on in the disease—long before a patient might experience any symptoms—but we can also begin to see how the disturbances change over time in each cell.”

While organoids are usually grown as balls of cells, first author Dr. Kornélia Szebényi generated patient cell-derived organoid slice cultures in Dr. Lakatos’ laboratory. This technique ensured that most cells within the model could receive the nutrients required to keep them alive.

Dr. Szebényi said: “When the cells are clustered in larger spheres, those cells at the core may not receive sufficient nutrition, which may explain why previous attempts to grow organoids long term from patients’ cells have been difficult.”

Using this approach, Dr. Szebényi and colleagues observed changes occurring in the cells of the organoids at a very early stage, including cell stress, damage to DNA and changes in how the DNA is transcribed into proteins. These changes affected those nerve cells and other brain cells known as astroglia, which orchestrate muscle movements and mental abilities.

“Although these initial disturbances were subtle, we were surprised at just how early changes occurred in our human model of ALS/FTD,” added Dr. Lakatos. “This and other recent studies suggest that the damage may begin to accrue as soon as we are born. We will need more research to understand if this is in fact the case, or whether this process is brought forward in organoids by the artificial conditions in the dish.”

As well as being useful for understanding disease development, organoids can be a powerful tool for screening potential drugs to see which can prevent or slow disease progression. This is a crucial advantage of organoids, as animal models often do not show the typical disease-relevant changes and sampling the human brain for this research would be unfeasible.

The team showed that a drug, GSK2606414, was effective at relieving common cellular problems in ALS/FTD, including the accumulation of toxic proteins, cell stress and the loss of nerve cells, hence blocking one of the pathways that contributes to disease. Similar drugs that are more suitable as medications and approved for human use are now being tested in clinical trials for neurodegenerative diseases.

Dr. Gabriel Balmus from the UK Dementia Research Institute at the University of Cambridge, collaborating senior author, said: “By modelling some of the mechanisms that lead to DNA damage in nerve cells and showing how these can lead to various cell dysfunctions, we may also be able to identify further potential drug targets.”

Dr. Lakatos added: “We currently have no very effective options for treating ALS/FTD, and while there is much more work to be done following our discovery, it at least offers hope that it may in time be possible to prevent or to slow down the disease process.