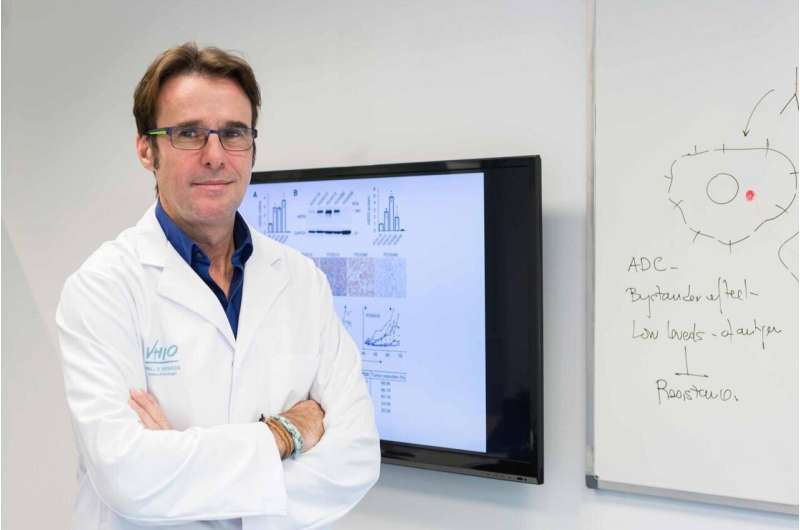 Immunotherapy continues to show exciting promise in more effectively combating several tumor types. Many current strategies focus on ensuring the efficient delivery of active cytotoxic cells directly to tumors. It is thought that once the lymphocytes engage to cancer cells they will unfailingly destroy them, provided that inhibitory mechanisms are in check.

“While these immune-based approaches have already been approved for the treatment of some hematologic malignancies, they fail to show efficacy in clinical studies with solid tumors. This failure has previously been associated with the incapacity of T-cells to successfully target cancer cells directly. Up until now, little has been reported on the mechanisms adopted by tumors which enable them to resist T-cell attack. This has been the focus of our present research,” said Joaquín Arribas, co-Program Director of Preclinical and Translational Research at VHIO, ICREA Professor, CIBERONC Investigator, Director of the Hospital del Mar Medical Research Institute (IMIM), and Corresponding Author of this study.

He continued, “Several different strategies are now being implemented by the cancer research community to overcome these mechanisms of resistance. We aimed to go one step further by establishing whether more mechanisms exist that enable cancer cells to overcome the onslaught of targeted lymphocytes.”

Using HER2-driven cell lines and PDXs, and a TCB and CAR targeting HER2, the investigators have now unmasked a novel mechanism of resistance to redirected T-cells. Specifically, they have discovered that even when active cytotoxic cells are successfully delivered to tumor cells, the latter adopt a strategy to avoid their elimination by lymphocytes. Findings suggest that the disruption of interferon-gamma signaling confers resistance and therefore promotes disease progression.

Interferon-gamma (IFN-γ) is a cytokine that assumes an important role in inducing and modulating an array of immune responses. “It acts as an interrupter that controls cell death. Certain cancer cells learn to switch off this pathway and thus survive the attack of lymphocytes. At present, there is no easy way of applying this discovery in clinical practice. Namely, to effectively identify those patients who have this pathway turned off. This represents a next step in our research; to develop a simple method to be able to do so,” noted co-First Author, Enrique J. Arenas.

Previous research led by Joaquín Arribas published in Science Translational Medicine (2018), showed that the p95HER2-T-cell bispecific antibody can successfully guide lymphocytes directly to cancer cells for their targeted killing. This direct delivery was achieved thanks to the p95HER2 protein, which is only located in tumor cells. Representing a new therapeutic avenue and fresh hope for patients who have ceased to respond to current therapies, this novel immune-based approach can be used to tackle certain HER2+ breast cancers through its exclusive targeting of cancerous cells.

Building on these findings, the investigators hope to launch a new clinical trial in 2024-25 to further advance CAR-T targeting in breast cancer. “Driven by our discoveries, we aim to more precisely screen patients for enrollment in this clinical study, better predict when resistance will occur, and develop strategies to overcome the mechanisms that govern this resistance,” concluded Joaquín Arribas.