You are here:
Home / Zelda Breath of the Wild 2 Nintendo Switch trademark points to 2021 release date 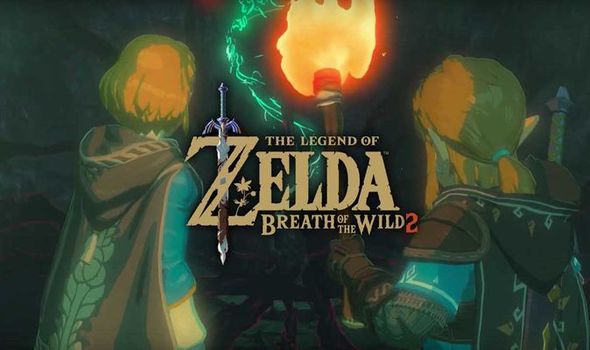 The Legend of Zelda Breath of the Wild 2 is seemingly being readied for a 2021 release date on Nintendo Switch.

Nintendo has barely mentioned Breath of the Wild 2 since its initial reveal back in June 2019.

However, following rumours that Nintendo is planning something big for Mario’s 35th anniversary in 2020, something similar could be in the works for The Legend of Zelda in 2021.

The original Legend of Zelda made its debut on the Nintendo Entertainment System back in 1986. This means that 2021 marks 35-years since the series appeared on a Nintendo console.

Based on a new trademark filed by Nintendo, the company has plans to celebrate the anniversary in style.

The trademark filing – which can be seen below – covers everything from video games and downloadable content, to clothing, key rings and even bedding.

Nintendo filed a similar trademark covering many of the same items for the Mario series last year.

While there’s no mention of Breath of the Wild 2 by name, it makes perfect sense that the game would launch during such an important year.

Few details were revealed about the next Breath of the Wild game, other than the fact that it’s coming to Nintendo Switch.

Nintendo also previewed the game with a new story trailer, teasing a dangerous new enemy for Link and Zelda.

Indeed, the game is said to be darker in tone than previous Zelda entries – especially compared to Link’s Awakening.

That’s according to producer Eiji Aonuma, who previously said: “The new Breath of the Wild or the sequel to it, it’s not necessarily going to be related to Majora’s mask or inspired by it… What we showed you currently is a little darker.”

As for Mario’s 35-year anniversary, Nintendo is reportedly planning to release a bundle featuring a selection of 3D remasters.

Similar to the Pikmin 3 remaster, the new Mario 3D World will reportedly contain new content. The belief is that it will launch separately from the Super Mario All-Stars collection.