You are here:
Home / Yakuza: Like a Dragon Kapture The Kappa Statue Search Quest Guide

Whether Yakuza: Like a Dragon is your first Yakuza game or you’ve been a fan of the series since the beginning, the game’s side quests and sub-stories have no doubt been a major highlight. These minor adventures pop up all over, often at unexpected moments, with fun diversions from your main adventure. One quest you can take on as a part-time hero is to find all of the Kappa statues. They’re placed in some obscure places, so follow our guide to spot them all and earn a ton of easy money.

All Kappa Statue Locations In Yakuza: Like A Dragon

As soon as you reach the fifth chapter in the game and unlock the part-time hero quests, you can take on the Kapture the Kappa quest whenever you like by finding the first statue and taking a photograph, however you should wait until you’re at least in chapter seven before starting it. Out of the ten required for the quest, one won’t be accessible until this point in the story. 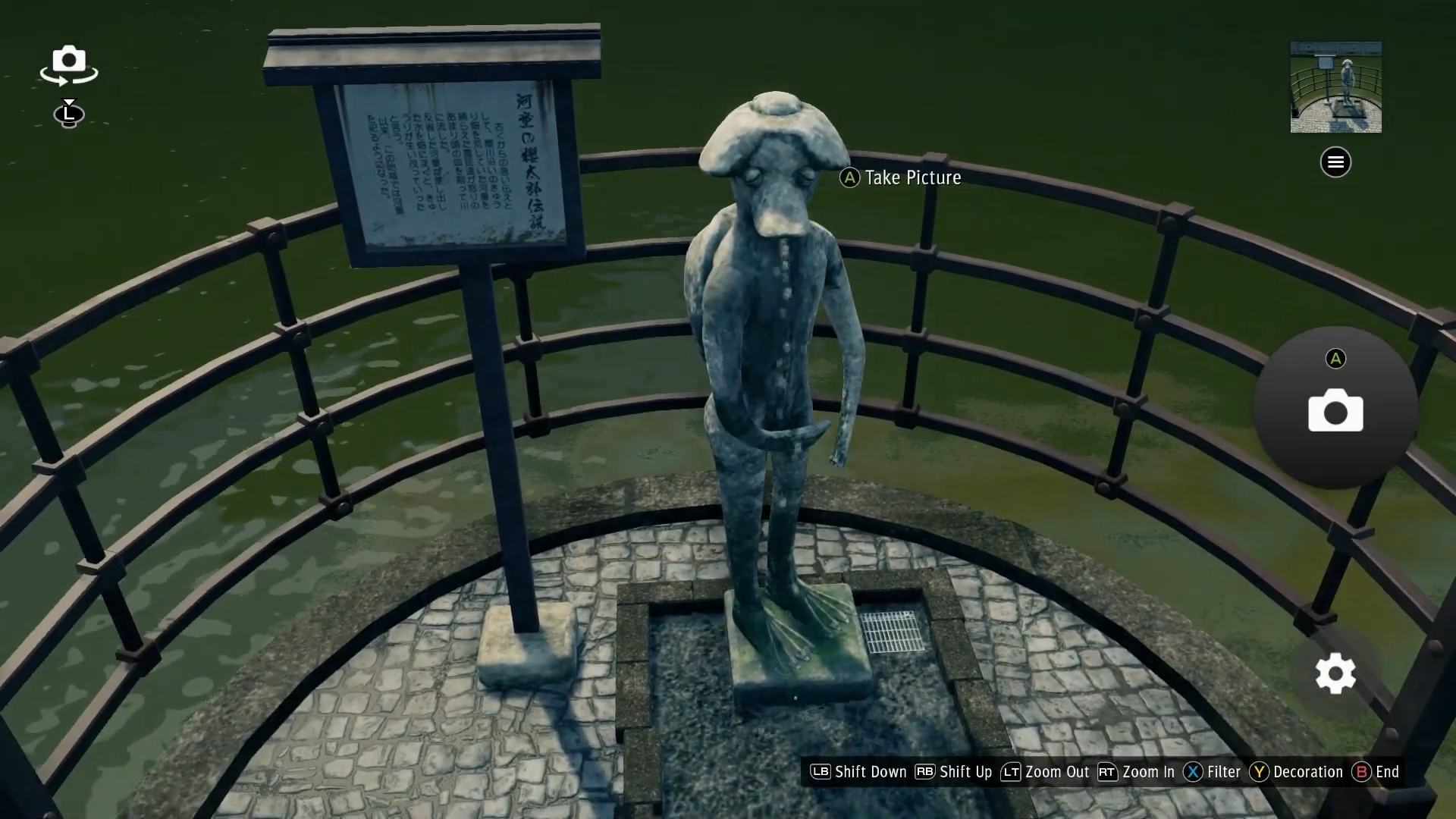 Take Sunrise Street as far South as it goes, past Sunrise Bridge, and keep your eye on the East side of the road. Inside one of the windows, partially hidden behind a red curtain, is the next Kappa. 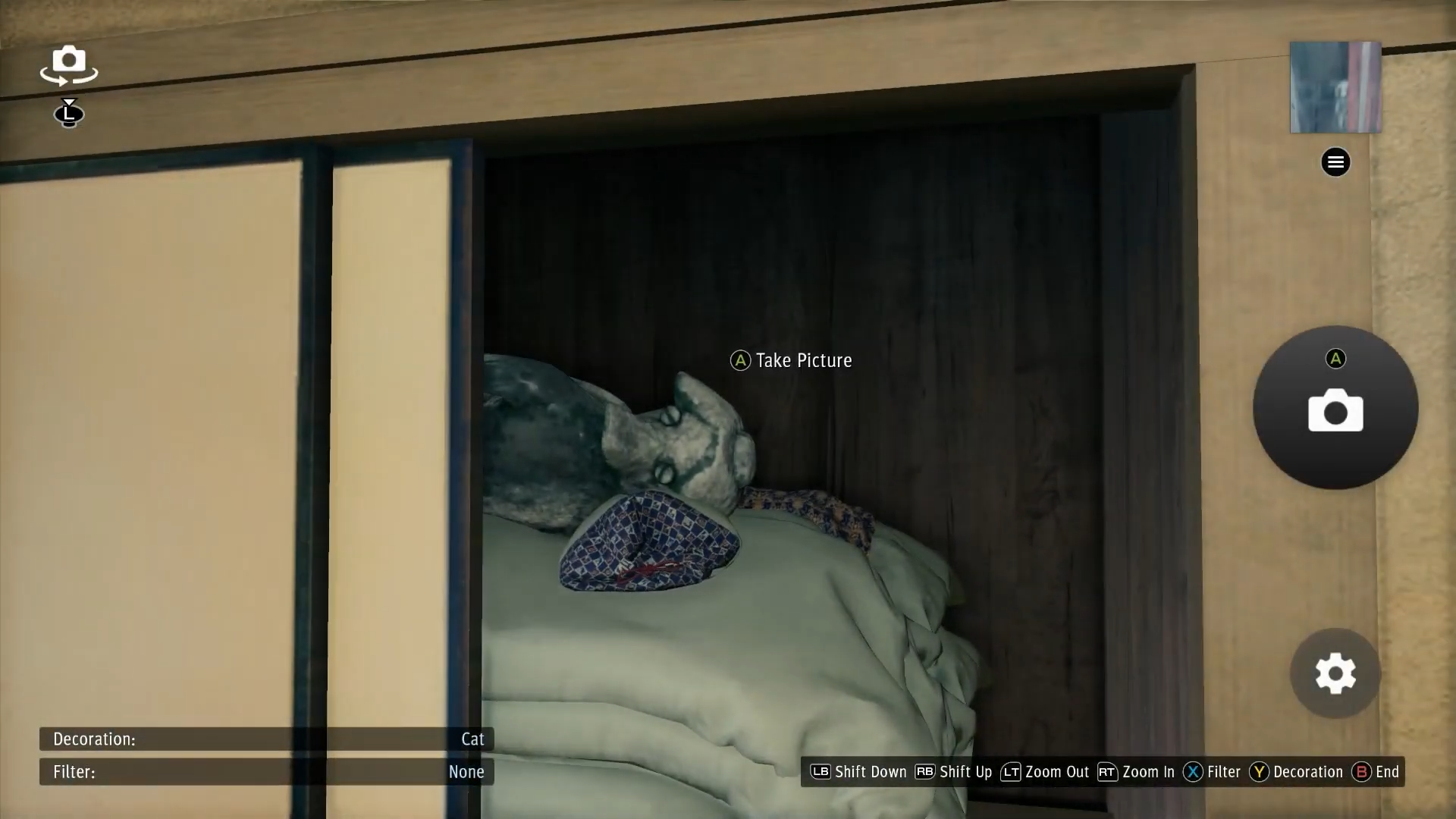 Moving up to the bar district, head to the Survive bar and go inside. Invite yourself up to the second floor and into the bedroom. Check the open closet for this napping Kappa on the upper shelf.

Outside West Jinnai Station, on the Western side, look inside one of the glass elevators by the road.

Take a trip up North to the Batting Center and go all the way up into the Northwest corner of the map. The statue is set up in the corner of the railing just beside the water. 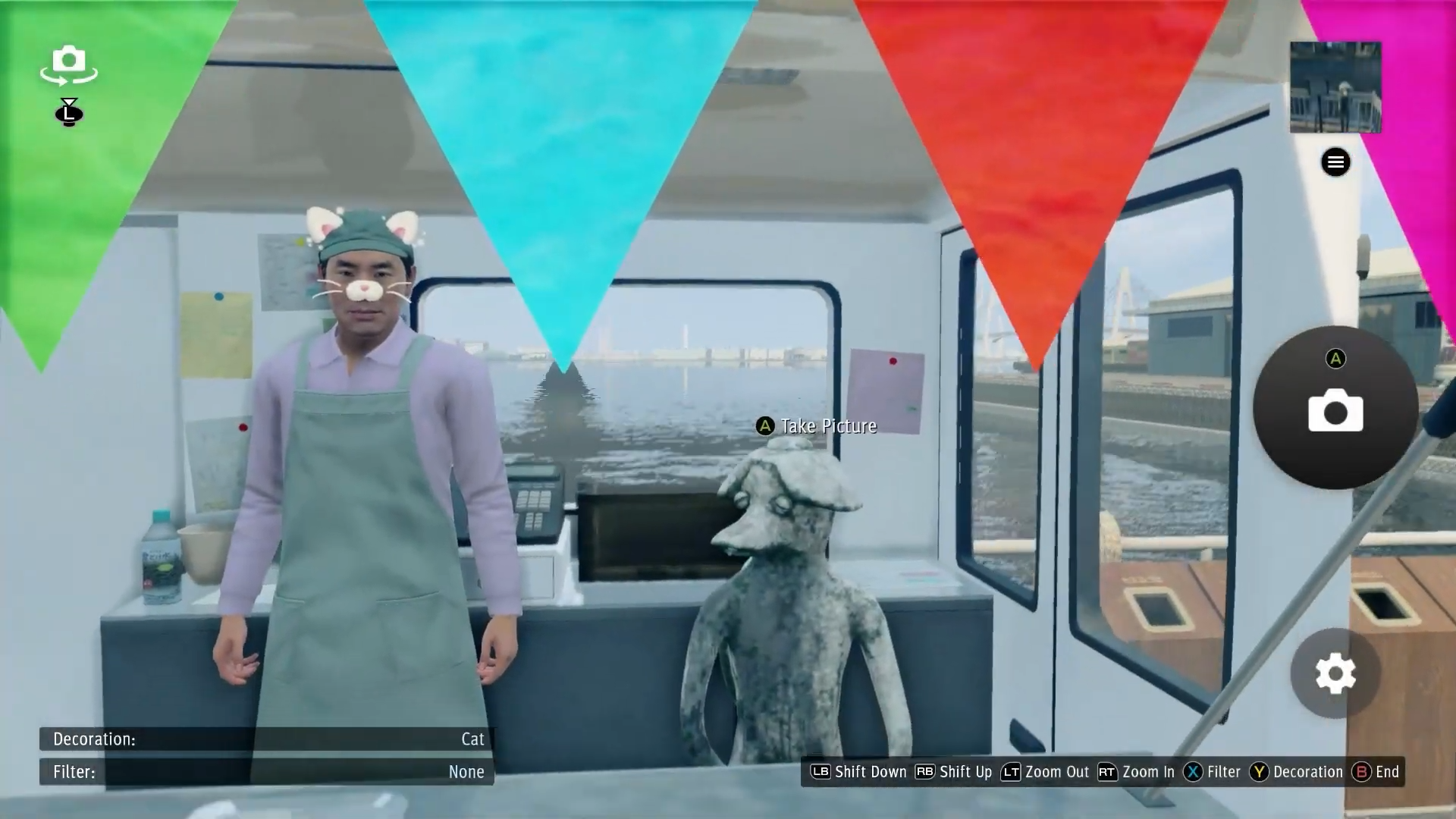 Now on to Hamakita Park, go to the Hero’s Harvest on the Northern end of the park. Inside the food truck, standing next to the man, is your next Kappa.

Halfway down Chinatown, before you hit the alleyway if you’re going Northeast, look for this Kappa between two buildings, partially behind a hanging sign, on the left.

Walk up Ijin Street and take the small detour down Restaurant Row. Find the staircase on the South side and take them up into the dining patio area. This Kappa is on the higher roof overlooking you behind the food cart. 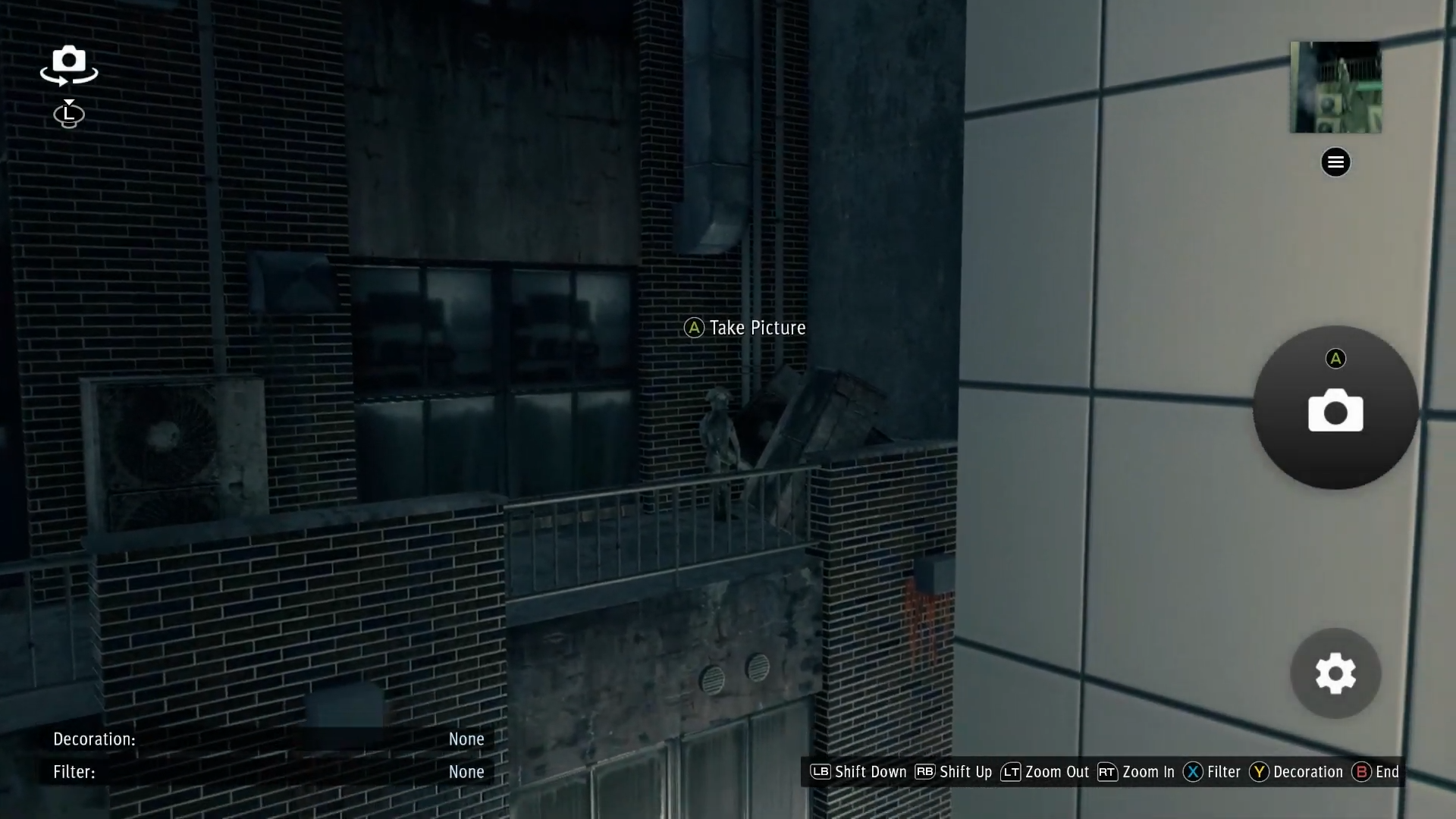 Next up we’re going to the Fukutokucho building in Koreatown. Take the staircase up on the North side of the building, on the opposite side of the street, and stop once you reach the very top. Spin around and look across the street to see this Kappa across the way.

Our final statue is hanging out in the Red Light District. Find the alleyway behind the little park just East of East Central Street. Go down and face right towards a green fence. The last Kappa is standing on the staircase behind it. With all ten found, you’ll get a crisp 2 million Yen! 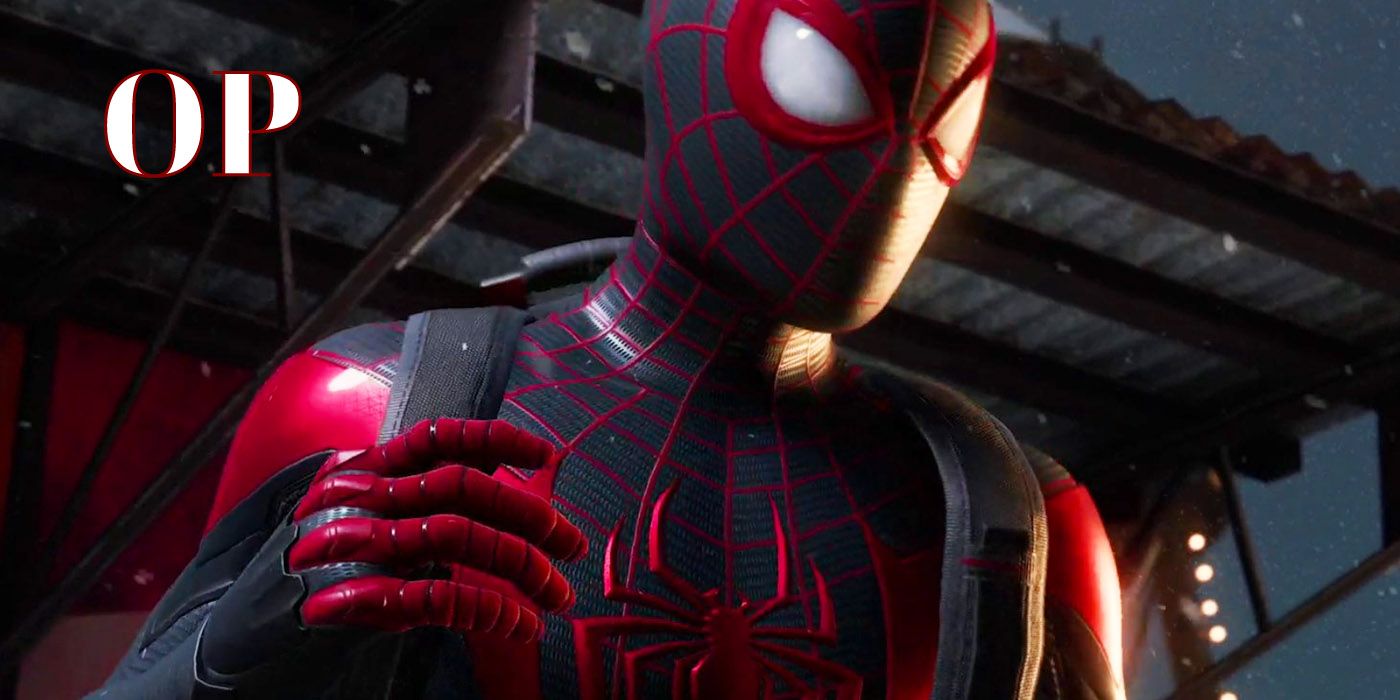 RELATED NEWS
Breath Of The Wild Bears Are Useless For A Speedy Getaway
Cure.fit acquires AI body tracker Onyx to enable two-way workout videos
Cyberpunk 2077's Late Development, "Fake Demo," And More Details Revealed As CDPR Responds
Reptiles: In Hunt Is Set In A World Rife With Dinosaurs And Ruled by Reptilians
Recent Posts
This website uses cookies to improve your user experience and to provide you with advertisements that are relevant to your interests. By continuing to browse the site you are agreeing to our use of cookies.Ok