Xenoblade Chronicles 3 doesn't buck series tradition, giving us our fourth taste of developer Monolith Soft's always-ambitious idea for what constitutes a great Japanese role-playing game. Xenoblade's huge fields packed with content have always been its main selling point, and the latest entry manages to exceed even the lofty heights of its predecessors in this regard.

There's so much to Aionios, the setting of Xenoblade Chronicles 3, that the game can be more than a tad overwhelming at first blush. Below, we'll go over the most important bits, to ensure that "first blush" doesn't overstay its welcome. Afterward, you'll be fully prepared to get out there and save this war-torn world.

Training Drills Are Your Friend 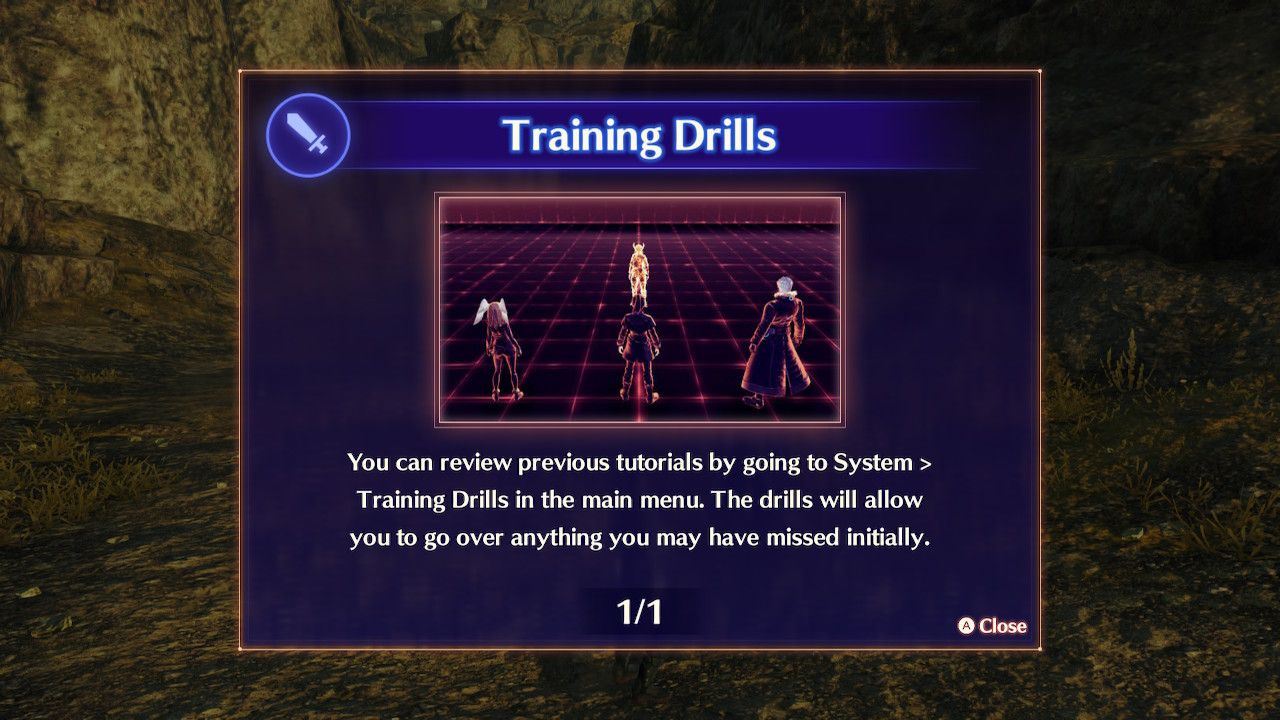 Not to harp on a good game, but one of the core complaints about Xenoblade Chronicles 2 was that for all the pageantry of its entertainingly-written tutorial voice, there wasn't a way to access those tutorials again in the future. For a Xenoblade, this can be something of a disaster; these are not shallow JRPGs mechanically by any stretch.

It seems Monolith Soft recognized this problem and — if anything — exceeded fan hopes on the matter. Not only is there an exhaustive tips database that lists all prior tutorials for rereading, but there are Training Drills designed to let players practice every major combat mechanic that's ever introduced.

Take full advantage of this, and you'll never be caught slack-jawed later on when it might otherwise feel like a hundred things are happening at once, and you grasp perhaps ten of them. 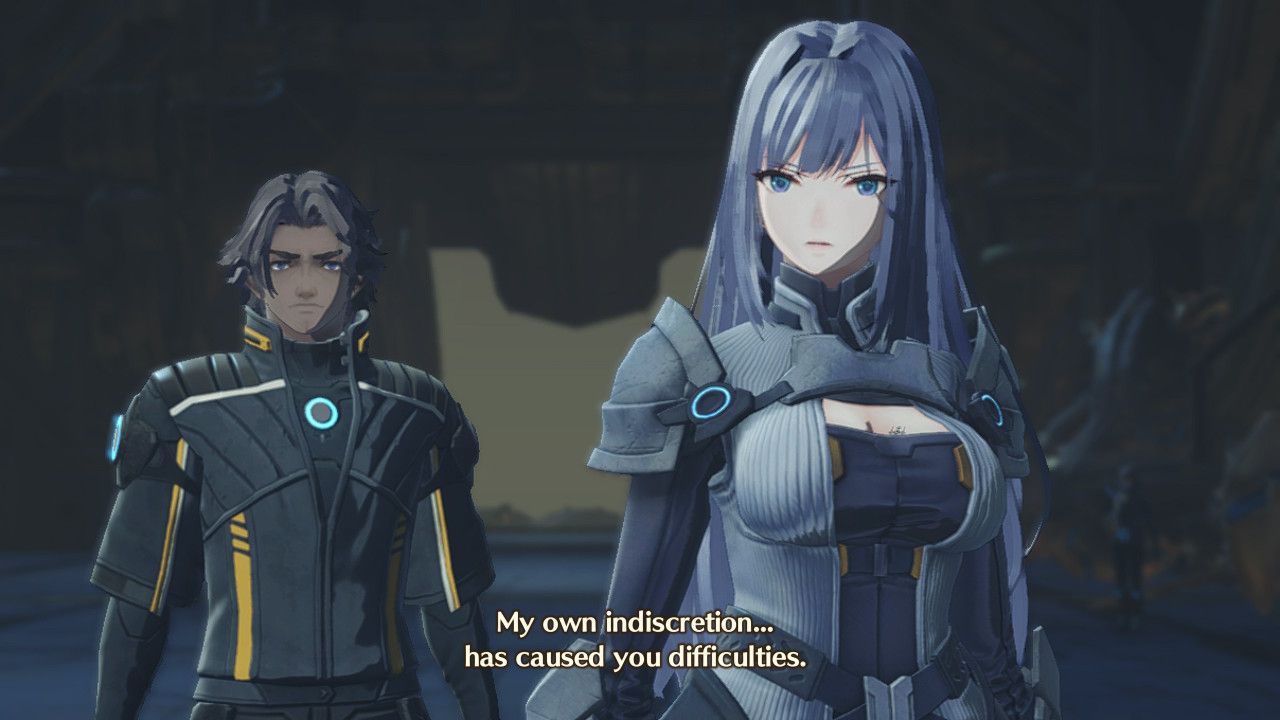 One of the biggest, and frankly coolest, things about Xenoblade Chronicles 3 is its Hero system. The core cast of six playable characters is (usually) available in every battle, but there is a seventh battle slot reserved for one of many interchangeable "Heroes" whose services you will acquire throughout the course of the sprawling campaign.

Now, this can quickly prove overwhelming to anybody who wishes to keep all their Heroes' levels matched with the main party's. The trick is to completely ignore that, because the game isn't quite so rude, after all. Every Hero levels up simultaneously alongside the main characters, so you won't need to go out of your way to get them all up to sparking decency with you.

Don't Chase Everything You See 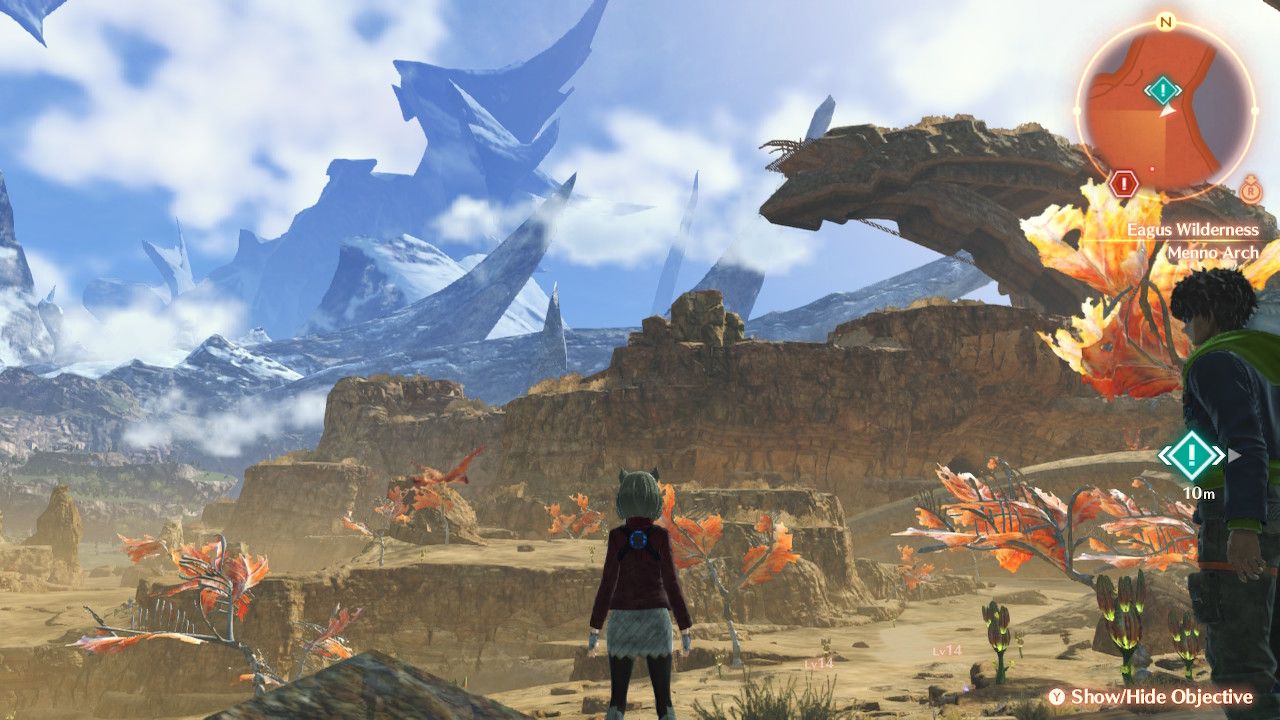 It would be inaccurate to describe the world of Aionios as peppered with enemies and collectibles. It's more like someone forgot to tighten the plastic lid on the pepper shaker and the entire bottle came rushing out onto your food.

This is by design, mind you, and it's great. Xenoblade Chronicles 3 feels alive, absolutely teeming with monsters and a genuinely endless (they respawn, after all) number of collectibles to acquire. Every region is bursting at the seams with this stuff, and it can be tempting to grab everything, everywhere, always. While you're at it, you'll fight everything, everywhere, always.

Don't do this. Feel free to ignore collectibles sometimes and dive out of the way of monsters. You're going to get caught in an endless loop with quickly diminishing rewards if you aren't careful, because there are only so many items worth gathering, and common foes won't give you much experience for leveling up.

Learn to ignore the impulse, focusing on rarer interactions like containers, Ether spots, and Elite/Unique Monsters.

Learn To Love The ZL Button 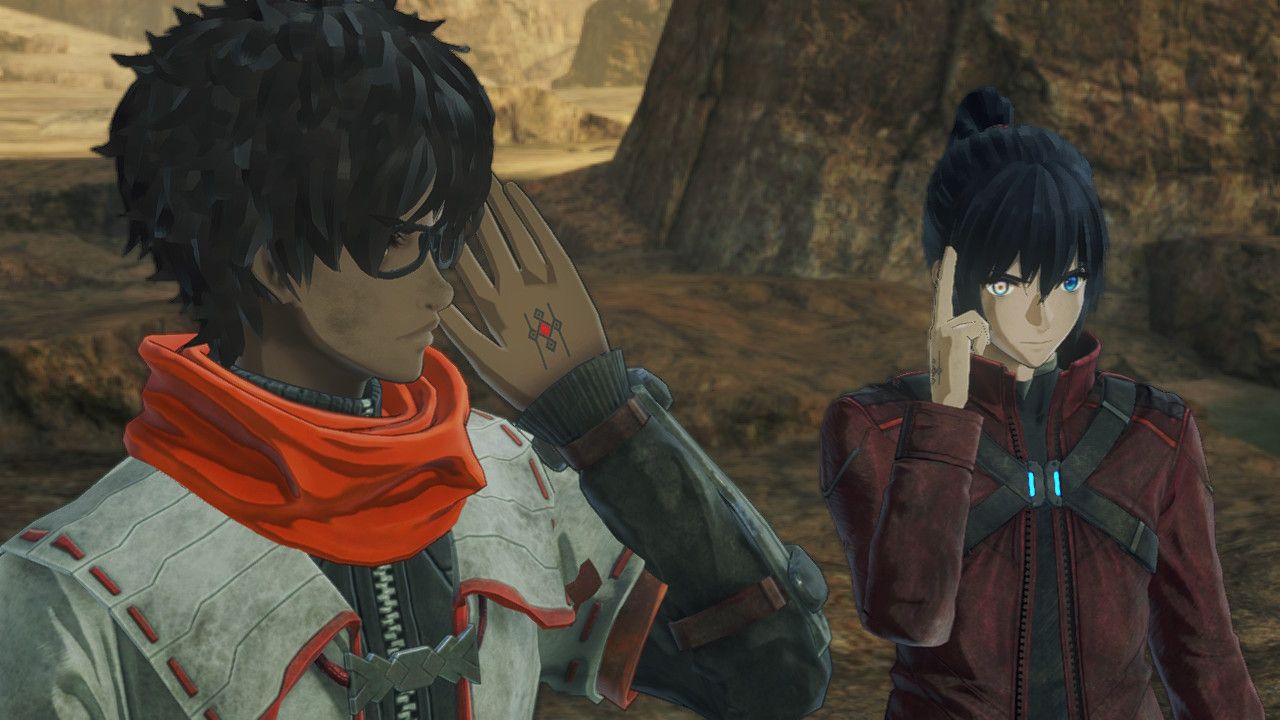 While you're out and about traversing Aionios, be sure to hold ZL from time to time. Holding ZL pulls up a shortcuts prompt at the bottom-right of the screen. 'X' boots up the area map; 'Y' shows your quest route; 'A' pulls up the characters menu, and 'B' does the same for the quests menu.

You can actually go ahead and customize these shortcuts to your liking, too. If you're finding yourself flipping back to, say, Training Drills fairly frequently, get rid of one of the pre-sets in favor of this handy approach. Simply press the '+' button while you've got the shortcuts box up, and you can reassign all four hotkeys to your taste.

Our recommendations include setting up a tab for 'Show Quest Route', 'Party Skills', and even 'Change Time', but feel free to experiment. 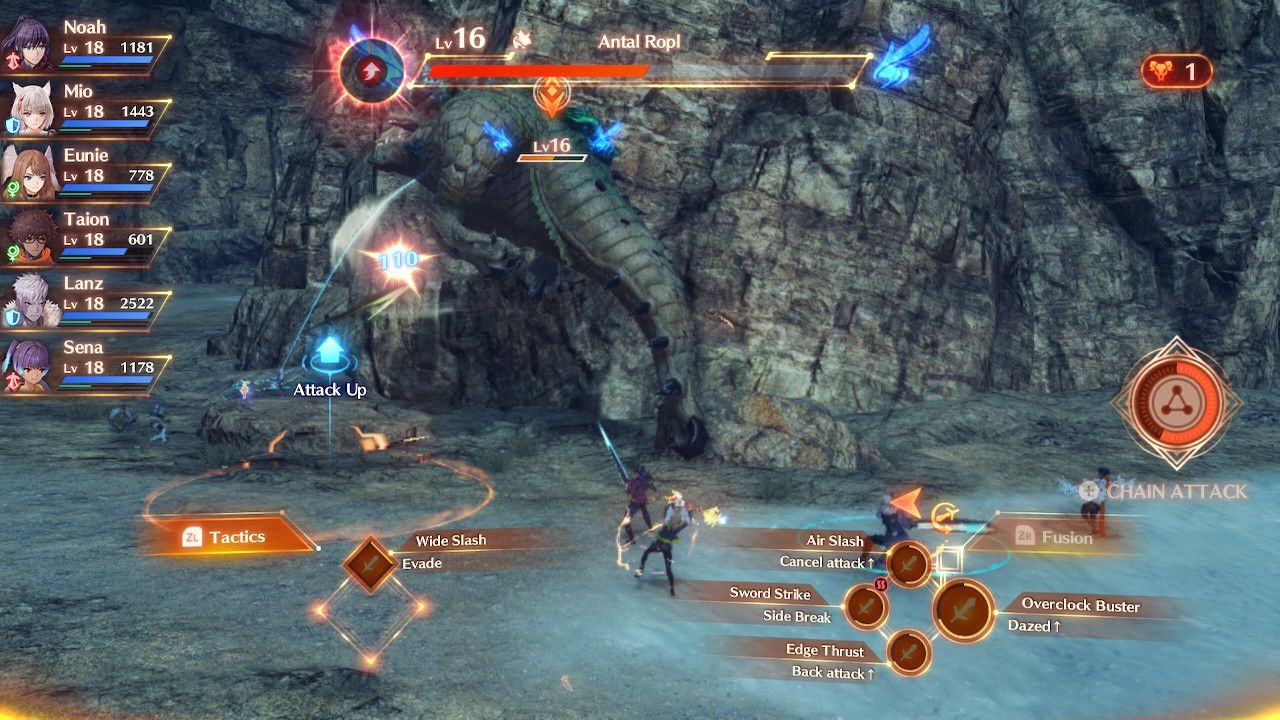 No, don't cancel the game entirely. It's good. Don't do that. But part of combat's core rhythm is to master the fine art of canceling attacks. You can scrape by without this, but your life will be far easier with it. Plus, it will help break up the tedium if you're out fighting hundreds of foes.

Here's the gist, and while it's explained in one tutorial, it's never broached again:

Base Stats Are No Big Deal 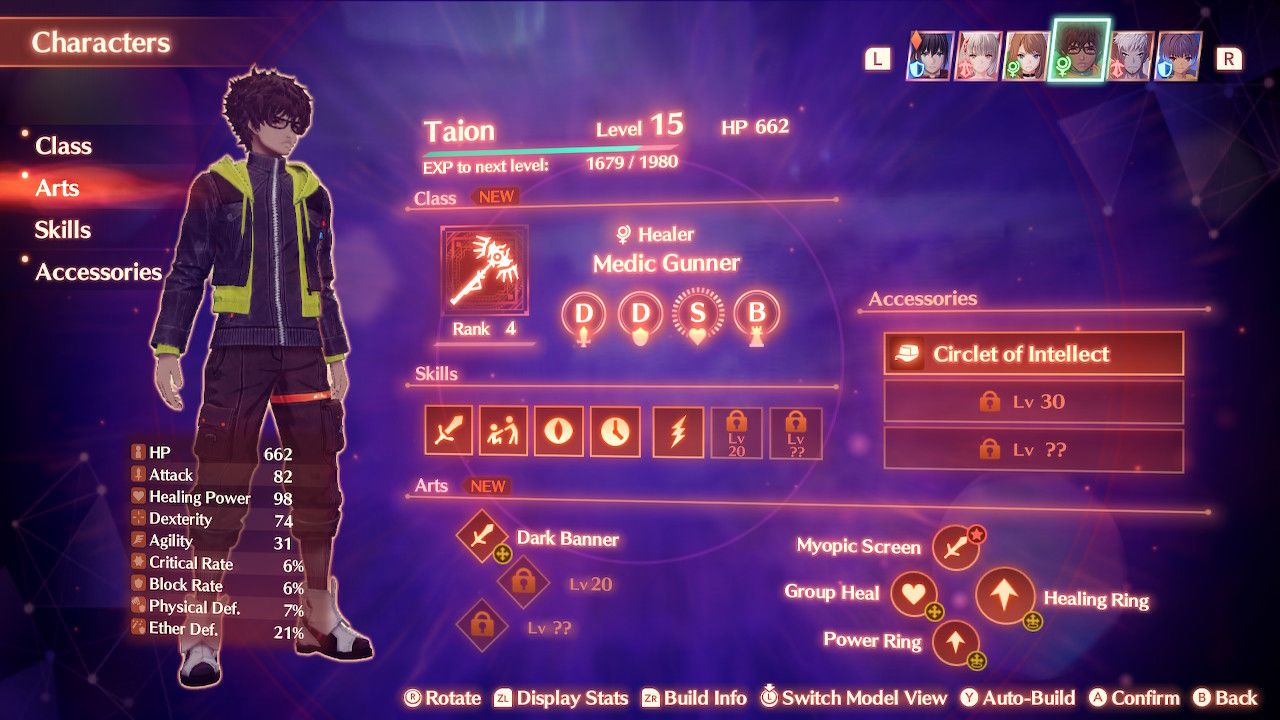 In some RPGs, a character's base stats strongly dictate the path of progression you ought to guide them through. Going against the grain overmuch will lead to blatantly sub-optimal results. Other games are far more forgiving, with only minor alterations between the cast's base stats that can safely be ignored to a minimal detriment.

Xenoblade Chronicles 3 is squarely in the latter camp. Although the characters' base stats do differ, the differences are so small that you shouldn't let them dissuade you from having everyone study as many classes as you'd like.

It won't seem that way as much in the earliest hours, because the numbers will be smaller, and the accessory boosts will be thinner, but trust us on this one — even Sena can be a Healer if she puts her mind to it.

Auto-Battle Is All Well And Good 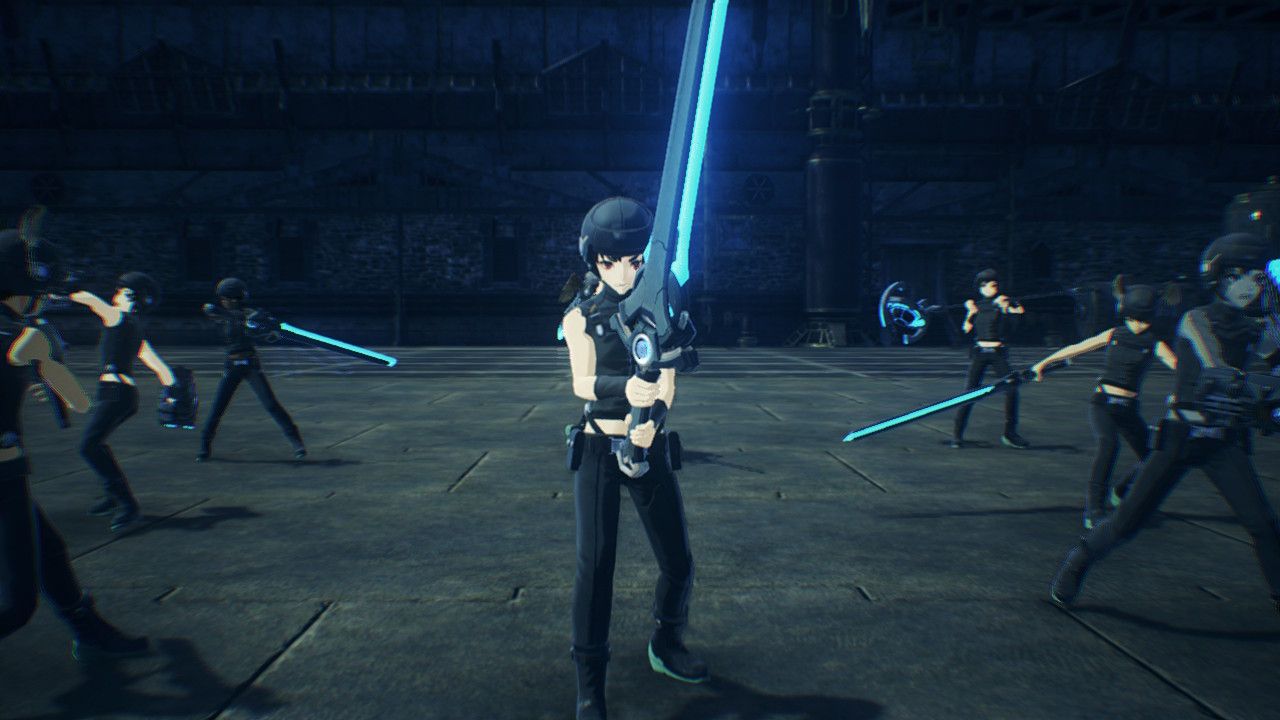 Auto-battling is perfectly fine. We mean it. Sometimes, the option has kind of a dirty connotation, as if letting the game "play itself" is somehow invalid. But consider how many hours you'll be spending in combat in Xenoblade Chronicles 3.

You won't be able to select this option during bigger fights, including all the story bosses, which is for the best since they'll demand far more from you, regardless. But once you have your characters kitted out to your liking, there's no reason not to take advantage of the more hands-off approach, trusting Noah and his team to do well (and they usually will).

Take a load off, poking around Aionios' every corner without always needing to fret over battle positions and cancel combos and the like. Your brain will thank you somewhere around hour 80.