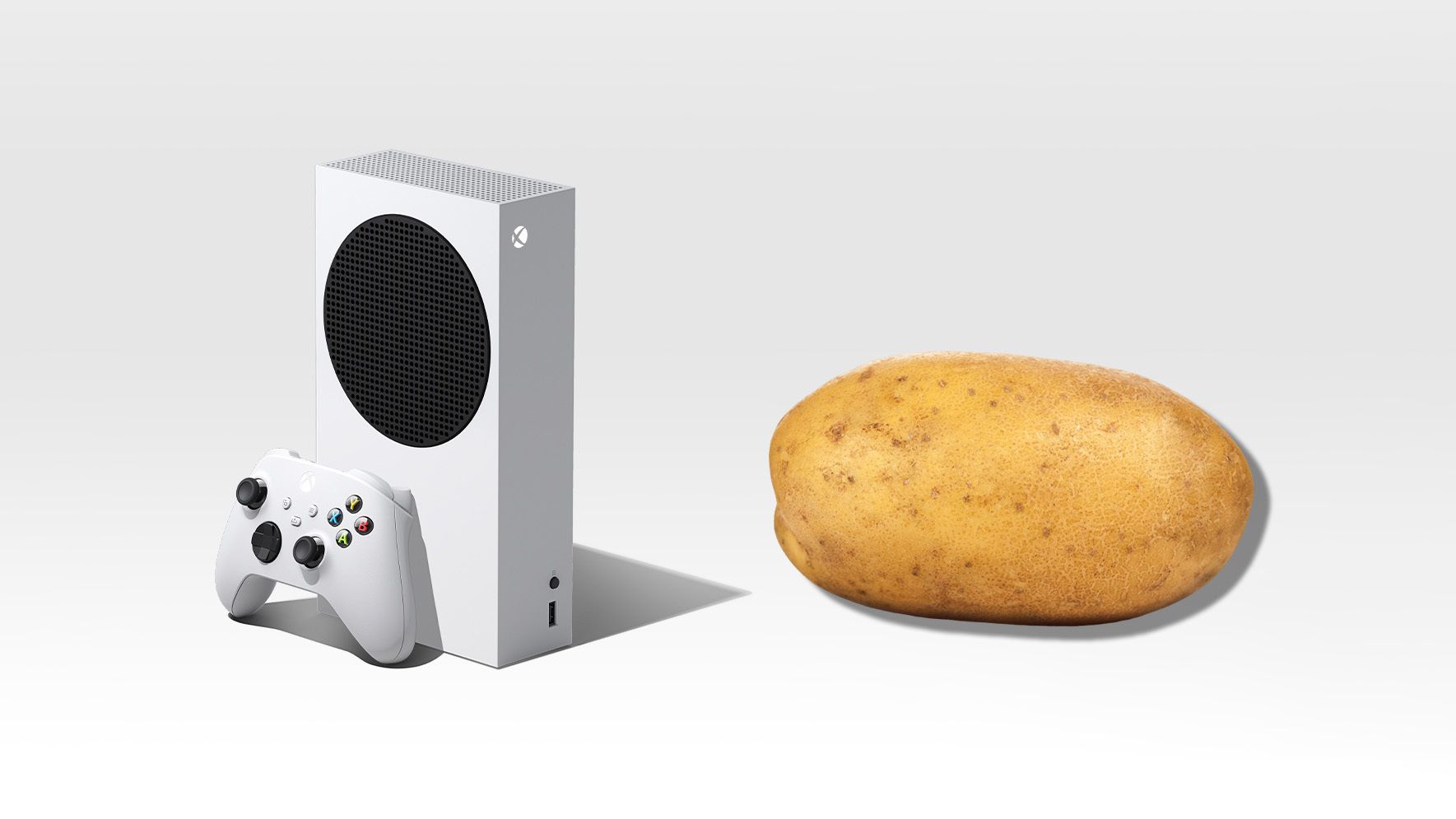 A Rocksteady developer has described the Xbox Series S as a ‘potato’ that has ‘hamstrung’ modern games on next gen consoles.

To most people the Xbox Series S is the best bargain of the generation, especially when combined with Xbox Game Pass. It’s significantly cheaper than the Xbox Series X and yet runs all the same games, with the only apparent drawback being no native 4K support and a lack of a disc drive.

However, on paper it is considerably less powerful than either of the more expensive next gen consoles and one developer claims that it’s actually holding back the entire generation, since it becomes the lowest common denominator that all multiformat games must support.

The suggestion comes from Lee Devonald, the senior character technical artist at Rocksteady, makers of the original Batman: Arkham trilogy and the upcoming Suicide Squad game. He claims that an ‘entire generation of games [are] hamstrung by that potato’ and that it’s ‘not much better’ than a last gen console.

Devonald has since deleted his entire Twitter account, so his comments are very obviously not endorsed by Rocksteady or anyone else, but they do mirror concerns about exclusive games on the Xbox Series X and PlayStation 5 still having to run on the Xbox One and PlayStation 4.

This clearly holds back their design, since the last gen consoles don’t have an SSD drive for fast loading, let alone the other technical advancements, and Devonald is saying that the Xbox Series S is almost as bad.

‘Multi-platform games always have to optimise for the lowest performer’, said Devonald, before pointing out that ‘Microsoft won’t let you launch on one without the other.’

Devonald got onto the subject by responding to the news that Gotham Knights only runs at 30fps and does not have a performance option for 60fps, as many modern games do.

It’s unclear whether Devonald has any insider knowledge of the game, as while Gotham Knights developer WB Games Montréal almost certainly has talked to Rocksteady about the game, since they’re both owned by the same company, their involvement is likely to be minimal.

Devonald’s point is a general one, but considering he fled Twitter as soon as he realised the hornet’s nest he’d kicked up, other developers will be very wary of commenting further on the issue.

Senior dev says Xbox Series S is holding back this generation of games and says itâs not much better than a last gen console. pic.twitter.com/evrnGqt9Zc