You are here:
Home / Xbox Series S drops to lowest ever price, but discount ends tonight 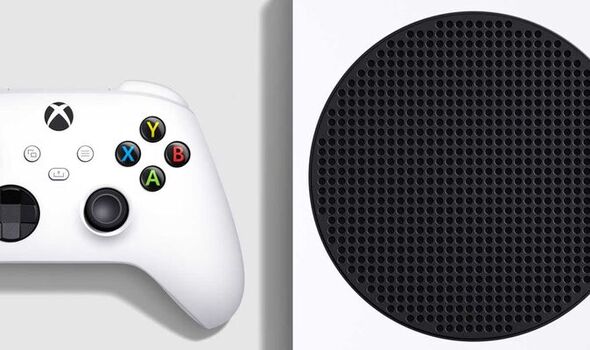 It’s also by far the cheapest way you can get into next-gen gaming, and is hundreds of pounds cheaper than the Xbox Series X and the PS5 Disc or Digital consoles.

Anyone interested in this deal needs to act quick though as this bargain Xbox Series S deal is only available for Prime Day, which finishes after today (Wednesday, October 12).

As with all other Prime Day deals, to take advantage of the offer you need to be an Amazon Prime member.

If you’re not already you can simply sign-up to an Amazon Prime free trial which will unlock this Xbox Series S deal for you.

Unlock access to exclusive Prime Day deals by signing up for a free trial. Prime members also enjoy next-day delivery for free, unlimited photo backup to the cloud, access to all shows and films on Prime Video, and millions of songs via Prime Music. Cancel anytime during the month-long trial and you won’t pay a penny for Prime!

While the deal running right now offers an Xbox Series S at a great price there are a few important things to point out.

You won’t be getting a brand new console if you get this deal, as it’s a refurbished model.

However, all Certified Refurbished products at Amazon have undergone a rigorous certification process to make sure it’s working properly.

Explaining how this works Amazon said: “This Xbox Series S (Certified Refurbished) has been put through a rigorous certification process, tested to confirm it’s working properly, and inspected for hardware and cosmetic quality. Refurbished to original specifications for electric performance. Unit may contain cosmetic imperfections.”

If you’re planning on getting an Xbox Series S then the ideal companion to this is an Xbox Game Pass membership.

Dubbed by many as gaming’s answer to Netflix, Game Pass is a subscription based service that offers access to hundreds of games – including first-party Microsoft games that are available Day One.

If you’re new to Game Pass then you can get your first month’s access for just £1.

Get Xbox Game Pass for £1

Xbox Game Pass has been dubbed by many as ‘the best deal in gaming’. For a monthly fee you get access to Xbox exclusives – such as Halo Infinite and Forza Horizon 5 – on Day One. Plus, the ever evolving library adds tonnes of great third-party games each month like the upcoming Persona 5 Royal.