You are here:
Home / Xbox One games warning: Buy Forza Horizon 3 right now, even if you don’t own an Xbox

Xbox One games warning: Buy Forza Horizon 3 right now, even if you don’t own an Xbox 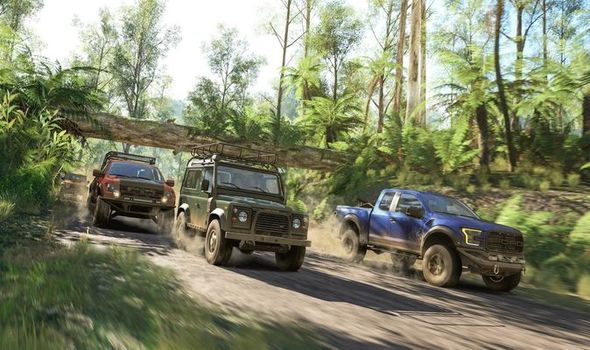 Xbox One owners be warned: now is your last chance to pick up arguably the best exclusive game on the entire system.

As previously reported, Forza Horizon 3 is reaching end of life status on the Xbox One.

This means it will no longer be available to purchase on the Xbox Store from September 27, 2020.

On the plus side, players will still be able to enjoy multiplayer and play online, as long as they already own the game.

The news was announced by Microsoft on Twitter: “When a game reaches ‘End of Life’, that means it and its DLC will no longer be available for purchase in the Microsoft Store.

“However, features like multiplayer and online services will still be accessible for those that own the game.”

The other piece of good news is that Forza Horizon 3 will also be backwards compatible on Xbox Series X and Series S.

“Forza Horizon 3 might be reaching ‘End of Life’ status on Sept. 27, but the Horizon festival Down Under is now headed to Xbox Series X and Xbox Series S with backward compatibility!”

As a Play Anywhere title, you might want to consider buying a copy, even if you don’t own an Xbox One. With Play Anywhere, you can play on a Windows 10 PC with a Microsoft account, and then access the game on Xbox should you buy one at a later date.

If you want to grab a copy before it’s removed from sale on September 27, then you can purchase the game at a discounted price.

The Forza Horizon 3 Standard Edition, for example, costs just £6.59 for fans living in the UK.

The Ultimate Edition, on the other hand, is available for the discounted price of £17.99. In addition to the core game, the Ultimate Edition contains dozens of additional cars, plus a VIP membership with exclusive events.

If you want the Blizzard Mountain and Hot Wheels expansions – which I would recommend – you’ll also need to grab the Forza 3 Expansion Pass, which costs £8.77.

If you missed out on the game at launch, Forza Horizon 3 shifts the motoring festival to a scaled down version of Australia.

“Drive through the vast desert and rocky canyons of the Outback to lush, wild rainforests, and to the sandy beaches and gleaming skyscrapers of Australia’s Gold Coast,” reads the official description.

“Customise everything, hire and fire your friends, and explore Australia in over 350 of the world’s greatest cars.

“Make your Horizon the ultimate celebration of cars, music, and freedom of the open road. How you get there is up to you.”

While I would argue the original Forza Horizon is still the best game in the entire series, Forza Horizon 3 edges out Horizon 4 as the best entry on Xbox One.

The Australian location and the unique challenges make it an absolute joy to explore. Throw in the Hot Wheels and Blizzard Mountain expansions, and you have a huge game that will keep you entertained for hours.

RELATED NEWS
Pokemon Go: The Best Darkrai Counters
GTA 6 news FINALLY coming today? Rumour hints at imminent reveal but don’t hold out hope
Genshin Impact: Uncover the Secret of the Uninhabited Island Guide
Mafia: Definitive Edition – Gangsters Monthly Comic Book Locations
Recent Posts
This website uses cookies to improve your user experience and to provide you with advertisements that are relevant to your interests. By continuing to browse the site you are agreeing to our use of cookies.Ok