You are here:
Home / Xbox One free games: Don’t miss out on your bonus Gold downloads today

Xbox One free games: Don’t miss out on your bonus Gold downloads today 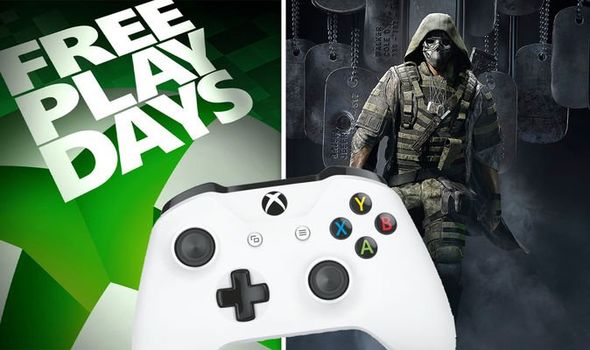 Xbox One Free Play Days makes a return this weekend, as Microsoft gives away three games for free.

From now until 7.59am BST on the morning of July 20, Xbox One owners can download and play full versions of three popular and diverse game releases.

First up is Ubisoft multiplayer shooter Ghost Recon Breakpoint, which has just been given a big new update that adds AI teammates.

Next up you can download tactical role-playing game Ash of Gods Redemption, which originally launched back in 2018.

Finally – and this is my favourite game of the three – there’s Frostpunk: Console Edition, which launched late last year.

Provided you’re an Xbox Gold subscriber, you can download full versions of all three games for free, and play them until the morning of July 20.

If you enjoy the games and want to continue playing after the Free Play Days promotion comes to an end, you can purchase each one at a discounted price.

Ghost Recon Breakpoint, for example, is down to just £17.99, which represents a saving of 70%.

“Become a Ghost, an elite US Special Operations soldier, as you fight to survive against your brothers who have turned against you and take down their leader, Cole D. Walker,” reads the official description for Tom Clancy’s Ghost Recon Breakpoint.

“Go solo or team up with friends on four-player raids and create your own playstyle with a huge variety of weapons and equipment. Don’t miss out on the exciting deals available for Ghost Recon Breakpoint, available this week in the Microsoft Store!”

Ash of Gods Redemption, meanwhile, is reduced to just £12.49, but only for a limited time.

“Face the ancient mythical evil this weekend in the brutal world of Ash of Gods, a turn-based tactical RPG, where no one is truly safe!” Microsoft explains.

“Who lives and who dies – your every decision, whether on or off the battlefield, can change the story and the fate of your party with major repercussions. Choose your own tactics, unlock powerful cards, play risky!

“Don’t just rely on a single tactic or a powerful team to win the game as the AI in Ash of Gods will quickly adapt to your gaming style. Can you survive the Great Reaping?”

“Test your tactical prowess with the inclusion of Frostpunk: Console Edition to Free Play Days.

“At the turn of the 19th-century industrial revolution the planet mysteriously freezes over, ending civilization as we know it.

“Build a city to house the last of humanity, explore the frozen wastelands, and most importantly bear the responsibility of leading society in an unforgiving icy world. Heat means life and every decision comes with a price.”