You are here:
Home / Xbox needs to stop being so American – Reader’s Feature

Xbox needs to stop being so American – Reader’s Feature 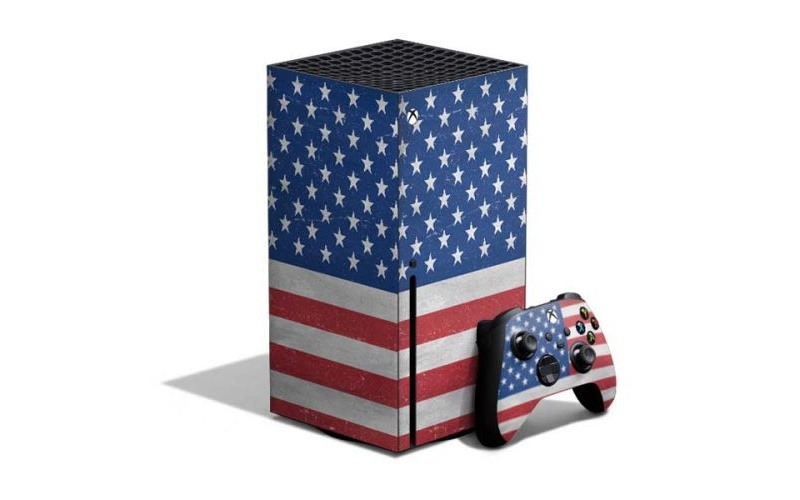 A reader argues that Microsoft is still yet to shed their ShooterBox image and their recent developer acquisitions are too focused on US companies.

According to their recent financial results things are going pretty well for Xbox this generation. They’re cheating a bit by not revealing the big loss they’re undoubtedly making on Game Pass, but no one can deny that the Xbox Series X is a vastly more appealing console than the Xbox One was at launch, even with no games.

They’re obviously aware of that game problem and, as everyone is well aware, have been buying up developers left, right, and centre to make up for their lack of first party studios, including the whole of Bethesda and all their individual developers.

So let’s take a look at the studios Microsoft own right now and the games they’re making, organised by country:

I’m sure you can spot a few interesting trends in that list, most obviously that almost all of Microsoft’s developers are based in the US, Canada, or UK. In fact, the only ones that aren’t are the ones owned by Bethesda, who Microsoft got as a job lot whether they wanted them or not.

They’ve made zero effort to acquire or partner with anyone in Europe or Japan off their own back and the fact that they’re so American-centric has been so blindly obvious for so long I felt sure they’d start to try and compensate – knowing them probably overcompensate. I imagined them making deals with South American, Indian, Middle Eastern, and other developers (they do exist!) to prove that they do care about being a global company, but no.

What’s even worse is that not only have they doubled down on the American studios, but they’ve convinced Sony to do the same. The closure of Sony Japan Studio was a horrible symbolic event, no matter how much practical difference it makes. Where once one of Sony’s major advantages over Microsoft was their global appeal and worldwide network of developers they now seem to be actively trying to shrink it.

But what else can we see from the list? Well, there’s the fact that Microsoft studios make a lot of shooters and role-playing games, in fact they make almost nothing else. Ever since it started the Xbox has been characterised as the ShooterBox. That’s never been literally true, that’s obviously not the only kind of game that appears on it, but it feels that way.

The nickname encapsulates the whole tone of the console: loud, violent, and garish. One that has never made any effort to appear as anything else and is seemingly uninterested in engaging with other gaming cultures from around the world.

I’m not suggesting that Xbox consoles are bad or that Microsoft don’t make any good games – I owned an Xbox 360 like everyone else and consider it one of the best consoles of all time – but they never seem willing or able to get out of their, admittedly fairly large, niche.

Most people assume the Xbox 360 won its generation but it didn’t, the PlayStation 3 won in the end, simply because Xbox is only popular in North America and the UK. That’s the obvious reason why Microsoft concentrate on studios from those countries but the more they do it the harder they make it to convince people from anywhere else that they’ve shed the ShooterBox attitude.

The other interesting thing in that list is that the games that seem to be the most unusual and difficult to pigeonhole are the ones from the external Bethesda studios. Deathloop is a shooter but it seems to be a very weird and imaginative one, just as you’d expect from the makers of Dishonored. And to be honest I’ve no idea what Ghostwire: Tokyo is, other than it’s not like anything else, and maybe it’s just me but I see that as a positive.

Microsoft needs to break away from tired old franchises like Halo and Gears Of War, not to mention ones that were never any good in the first place, like Fable and State Of Decay. Make new and interesting and unpredictable things. Take advantage of the fact that Sony seems to be getting more conservative and formulaic by being the opposite. And most importantly, stop trying to appeal solely to your home crowd.

Imagine a console where all the games were Japanese, it’d be awful. There’d end up being loads of games that were very similar to each other and tonally there’d be far too much overlap because they’d all be produced by people using the same cultural touchstones. You don’t want just games from one country or another you want a mix. That’s something Microsoft has never seemed to understand and while I used to think Sony did, I’m not so sure anymore.

That variety is the spice of live is the oldest and truest cliché out there and I’m worried that both consoles are ignoring it.