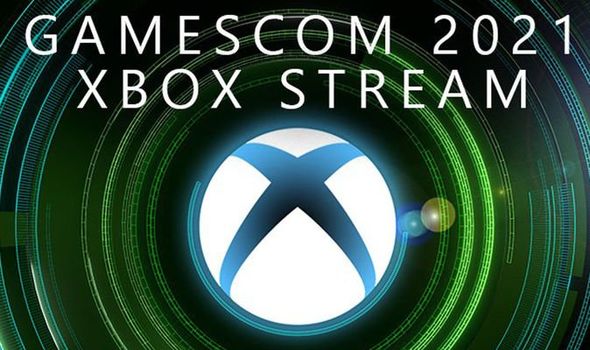 It wasn’t too long ago that the Xbox team held its blockbuster E3 event. And hot on the heels of that show-stopping event Xbox fans have another big date to mark down in their diaries. This week the Xbox Gamescom 2021 showcase will be held which will reveal more about the Series X maker’s “biggest exclusive games line up ever”.

The event, which is being held ahead of Gamescom Opening Night Live, will reveal more on previously announced Xbox Game Studios titles, third-party games and upcoming Game Pass releases.

If this sounds right up your street then then good news is the Xbox Gamescom 2021 stream is fast approaching.

The Xbox event is set to take place on Tuesday August 24 at 6pm BST.

For those in other regions that’s 10am pacific time, 1pm eastern time and 7pm CEST.

Announcing the event previously in a post online, the Xbox team said: “To warm you up for gamescom week we’ll be airing the official gamescom 2021 Xbox Stream, hosted by Parris Lilly and Kate Yeager. Join us on August 24 at 10:00am PT/6:00pm BST/7:00pm CEST to learn more about our biggest exclusive games line up ever.

“You’ll get in-depth updates from some of our previously announced Xbox Game Studios titles alongside some of our third-party partners, including some of the incredible titles coming to Xbox this holiday, upcoming releases to our monthly subscription service, Xbox Game Pass, and much more.

“You can watch the show on YouTube, Twitch, Facebook Gaming, Twitter, and select regional sites like VK.com in Russia and Bilibili in China. To make sure all of our fans around the globe can enjoy the stream, we plan to offer support for 30 languages, along with our English Audio Descriptions and American Sign Language. We hope to provide additional accessibility support for the live broadcast in additional languages.”

The Xbox event is taking place ahead of Gamescom Opening Night Live, which will be broadcast on Wednesday August 25.