Classic World of Warcraft's The Wrath of the Lich King expansion follows the path of Prine Arthas into the north, where he disappeared into a desolate landscape of snow and ice, never to return. The cold-weather environment of Northrend is a nice change from the greenery of Elwoynn Forest or the harsh red sand of the Barrens, but when the chill gets into the adventuring bones, it's time to visit the continent's green heart, Shalozar Basin.

After thawing out and getting some sun, players can explore the area through a variety of quests that involve both fellow visitors and locals. Two of the dominant factions in this zone are the Frenzyheart Tribe and their rivals, the Oracles. Grinding rep with each faction has its own rewards, and there are also some unique achievements connected to each, so here's how to get started.

The Oracles, who dwell in the Rainspeaker Canopy to the north of Franzyheart Hill, will hate you for helping their rivals, but don't worry if you want to get Exalted for both. There's a process to follow that involves a quest chain and an entertaining storyline, and it's possible to switch between factions once it has been completed. For those that want to get Exalted with both factions, it's generally the Frenzyheart ally first, followed by befriending the Oracles.

The Frenzyheart Tribe – Who They Are And Where To Find Them 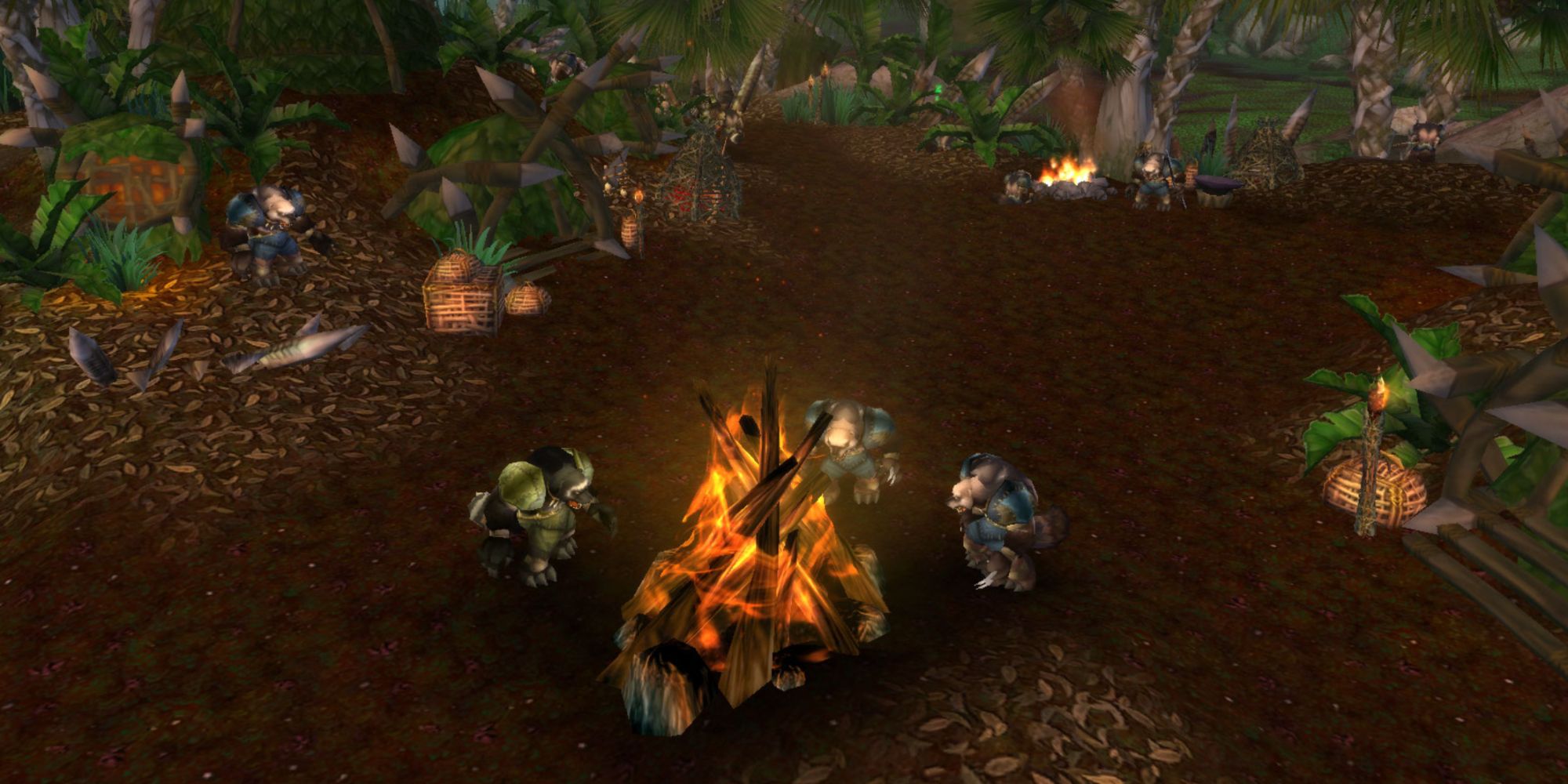 In the center of Shalozar Basin is the landing pad and small encampment of River's Heart, and Frenzyheart Hill is located on its southeastern side. Tracker Gekgek, who you will meet in the wilderness on a hunt, will direct you to his home.

Frenzyheart Hill is surrounded by wooden spikes and its most prominent feature is a large mammoth skull. This is where you'll find High-Shaman Rakjak, and he'll give you a quest that gets the long chain and storyline started. 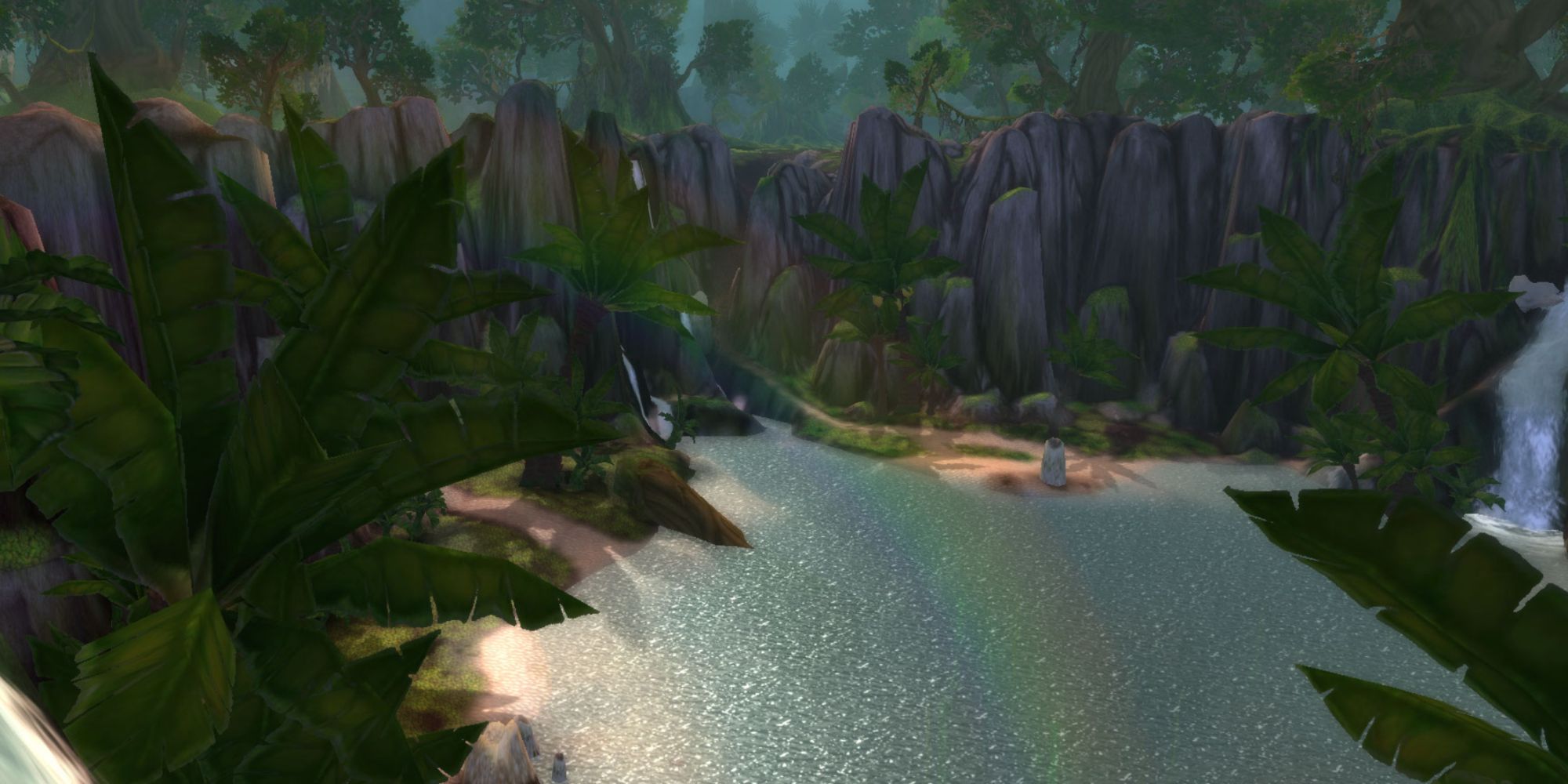 The questline for the Frenzyheart doesn't appear immediately upon your arrival. You'll finish some quests at the Nesingwary Base Camp first, which you'll be directed to straight from the Krasus' Landing in Dalaran, and there won't be a flight path available until you finish a quest to bring the resident mechanic a new engine for the float plane.

Eventually, Hemet Nesingwary sends you back to Rivers Heart to speak to Tamara Wobblesprocket. She sends you on The Part Time Hunter quest to kill a big black cat named Pitch. It's easy to find and kill him, but the problem is that a Wolvar Tracker named Gekgek, a member of the Frenzyheart Tribe, accuses you of stealing his kill.

To find out how to compensate him for this insult, he tells you to speak to High-Shaman Rakjak in Frenzyheart Hill. Each of the following quests rewards Frenzyheart Reputation except the last one.

Even if you aren't planning on grinding rep with the Oracles, don't stop at this point. Both sides of the quest chain have to be finished in order to get to Exalted with either the Fenzyheart or the Oracles. The reputation flips at this point but can be changed later. 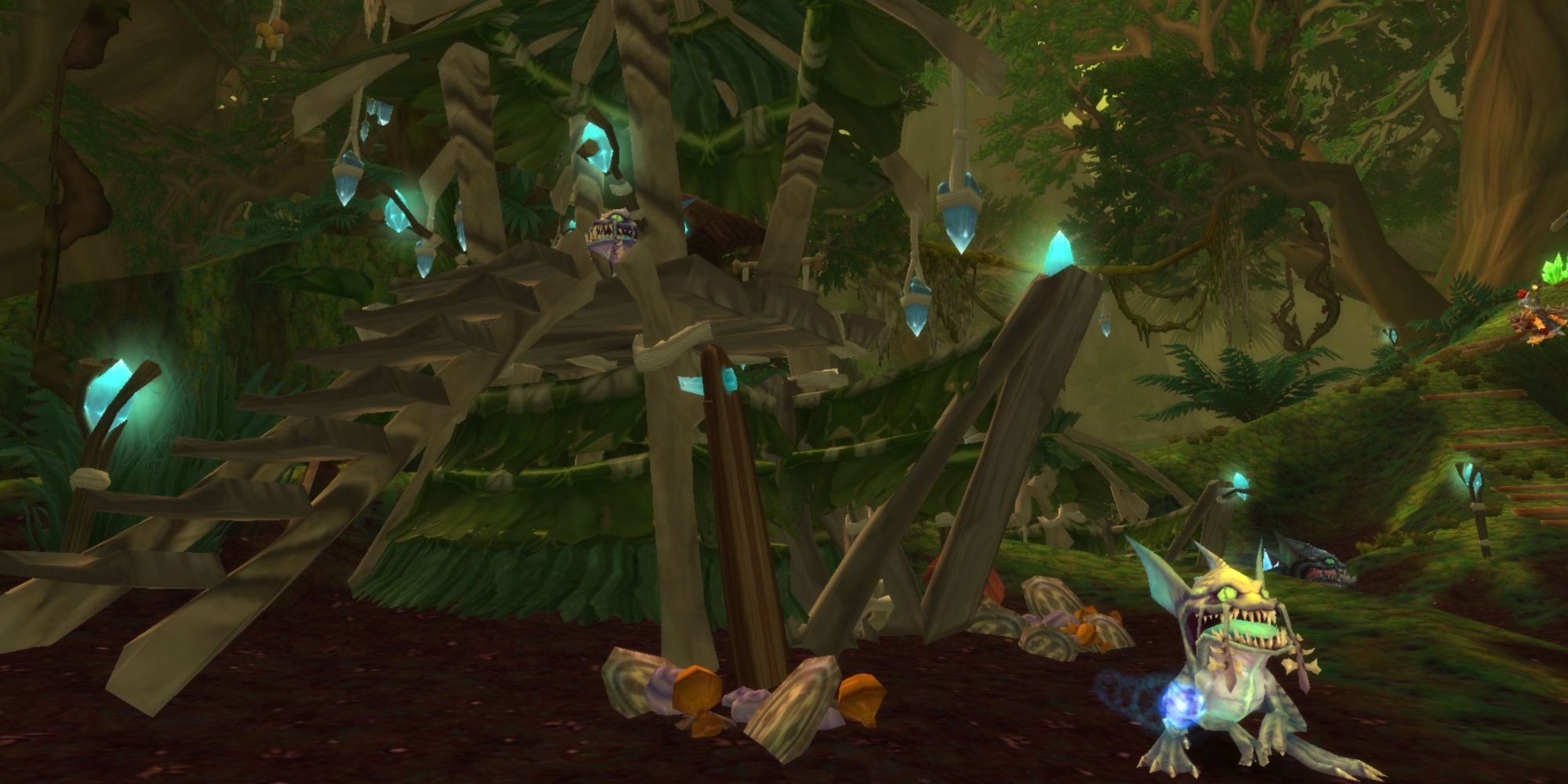 These quests award rep with the Oracles, in case your ultimate aim is Exalted with them. 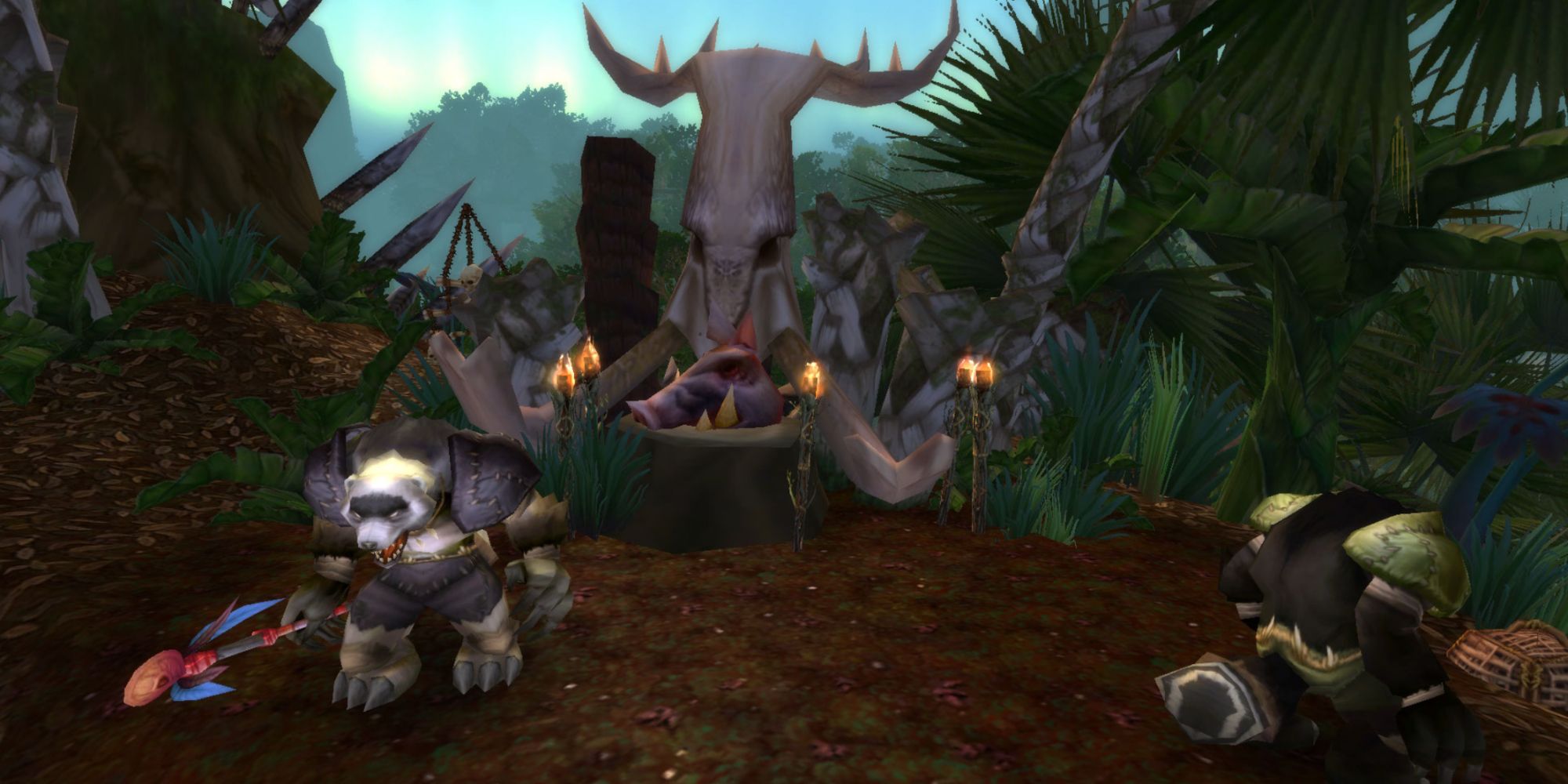 After completing this storyline, you'll get a quest called "A Hero's Burden" that requires you to kill a Lich called Artruis the Heartless. He's located in a cave east of the Lifeblood Pillar, and when you kill him you can choose between the Oracles and Frenzyheart.

There are two NPCs here to aid in the Lich's defeat: Zepik the Gorloc Hunter and Jaloot. Kill Jaloot the Oracle and gain an Honored reputation with the Frenzyheart faction. Atrius resets every day, as do your potential allies, so changing factions is as easy as returning the next day and killing Zepik instead. 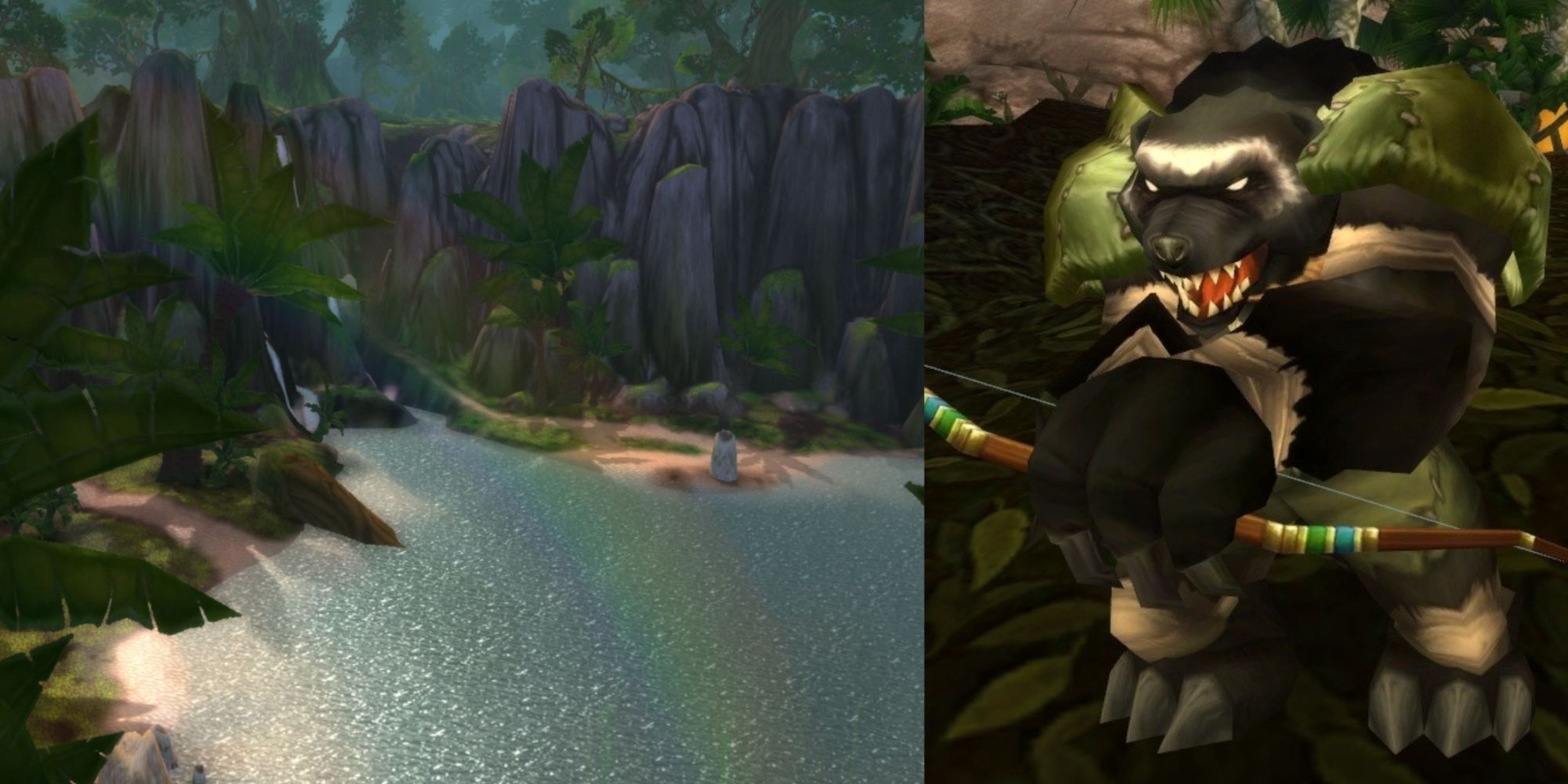 There are three available every day, with the first one always staying the same and the other two chosen randomly.

This quest was called "Flown The Coop!" when you first completed it, and now it's a daily quest under a slightly different name. This is the one that never changes. Just like the original, get the net and capture 12 loose chickens to gain 250 reputation.

Each of the following is worth 700 Reputation each, and there's one available per day.

Each of the following is worth 500 Reputation, and one is randomly available per day. 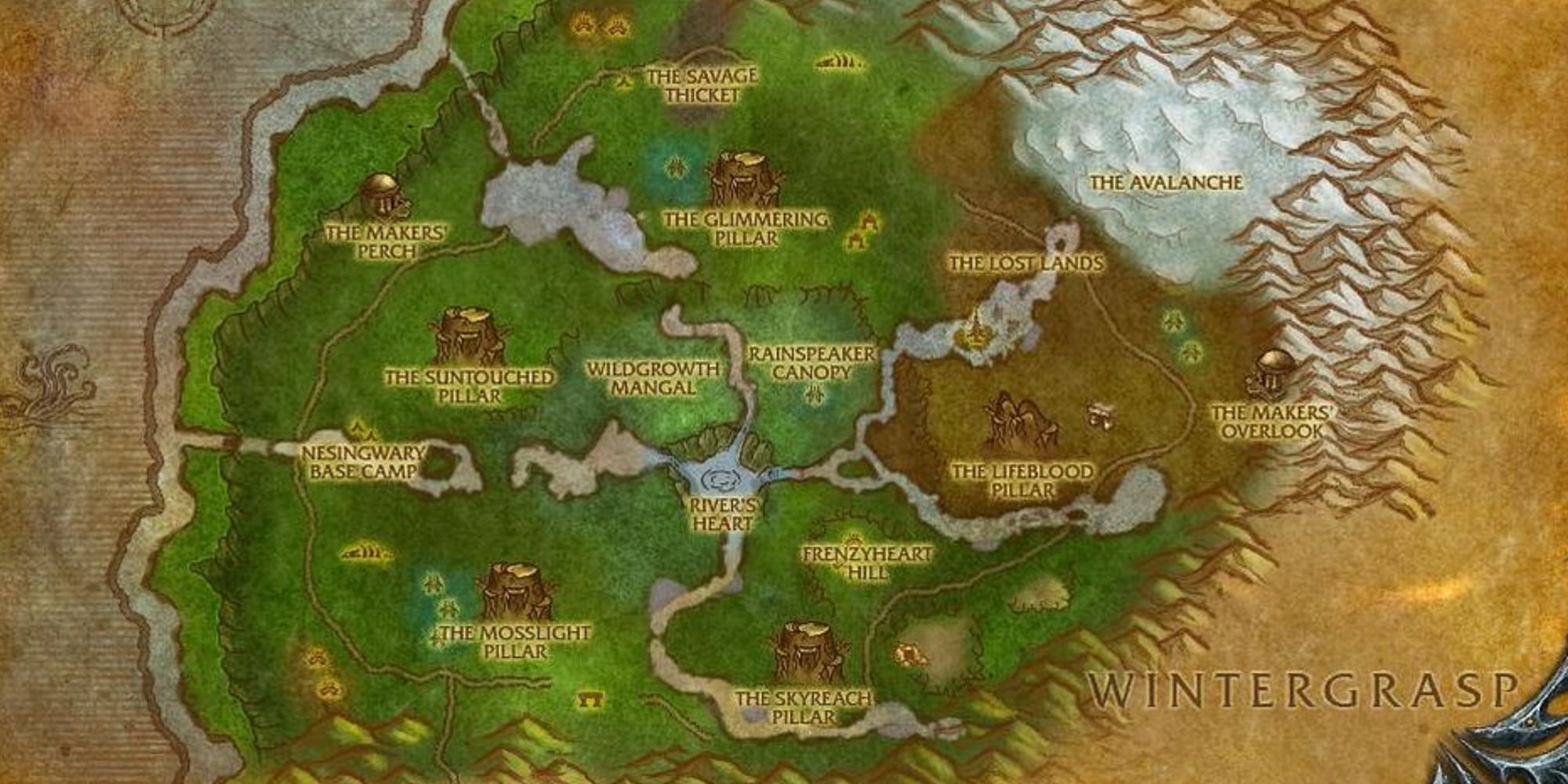 The Quartermaster of the Frenzyheart Tribe is Tanak, and he can be found on Frenzyheart Hill standing in front of the big mammoth skull.

The main motivation behind the rep grind with the Frenzyheart Tribe is the Disgusting Jar, which is available for purchase from the Quartermaster once Revered status has been achieved. After seven days, the jar has a chance to drop several items, but the most coveted is the Frenzyheart Brew, a toy that gives your character a Wolvar form.