You are here:
Home / World Of Warcraft: Shadowlands – How To Unlock Jigglesworth, Sr. Mount

World Of Warcraft: Shadowlands – How To Unlock Jigglesworth, Sr. Mount

The Jigglesworth, Sr. mount, otherwise known as the 'Goo-Cat', is quite the achievement and a pretty hot item in World Of Warcraft: Shadowlands at the moment. The mount itself is so unique that it's bound to catch the eye of any passersby when you're riding it. The effort and achievement to unlock it is notable in its own right as well.

If you're on the mount hunt and wondering how you can get your hands on this gooey-looking cat mount, you've come to the right place. Let's take a look at what you'll need to do to add Jigglesworth, Sr. to your mount collection. 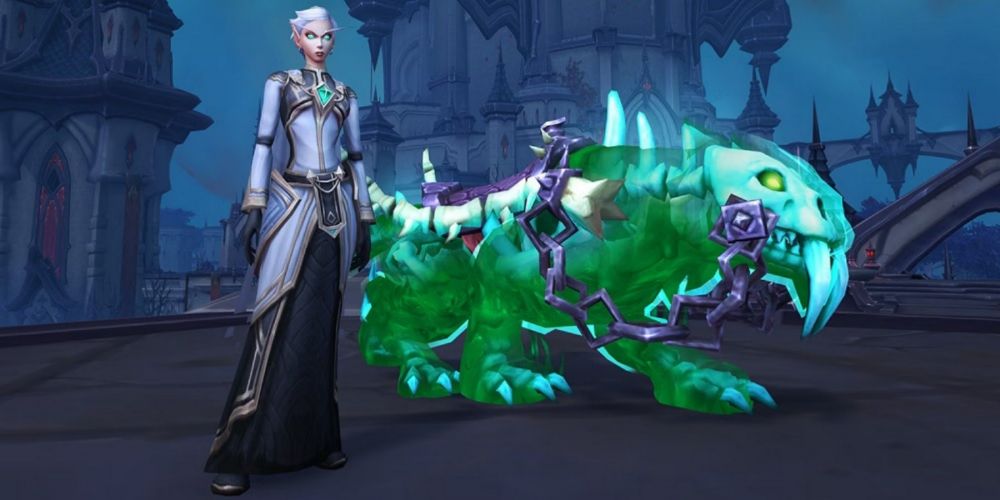 Unlocking this mount is no easy task. You will have to fight through some pretty tedious enemies throughout the Shadowlands to obtain it. Getting Goo-Cat into your collection of mounts will have you completing every boss in the Castle Nathria, Sanctum of Domination, and Sepulcher of the First Ones raids on normal difficulty when they are Fated.

The opportunity to unlock the Jigglesworth, Sr. mount via the Fates of the Shadowlands Raids will no longer be available once Dragonflight launches.

From now, till the launch of Dragonflight on November 28th, each of the three Shadowlands raids will be in the rotation to be Fated. Your best bet to find yourself a raid is to find a premade raid group in the group finder that states they are running it in their description. Normal is different that LFR difficulty so LFR Fated raids won't count towards this mount.

October 18 – Sepulcher of the First Ones

The raids will continue in this rotation till Dragonflight releases.

If you aren't familiar with the fights in these raids, doing some research, catching up on the fights, and knowing what mechanics you will need to deal with is a surefire way to make sure you can make it through. These fights can be tricky, especially when Fated, so knowing your fight is half the battle.

A Fated raid is a higher-difficulty version of that raid. So, if you are doing Normal Fated Castle Nathria, it will be a more difficult version of Normal Castle Nathria. They will also have weekly affixes and additional mechanics, making the raid that much more difficult. You will want to check the affixes before joining and be aware of what additional mechanics they may bring to the fights. That being said, it will also drop better loot.