World of Warcraft: Dragonflight continues to implement world quests as a system of repeatable content. However, unlike the past few expansions, most of them are not on a daily reset timer, but rather, a semi-weekly timer. In other words, world quests reset twice a week, with each round lasting roughly three and a half days.

While most of the new world quests are pretty simple to complete, there are a select few that can be a bit less straightforward. One such world quest is Calming the Land, so let’s hop directly into how you can complete it and acquire its rewards each time it’s up.

What Is Calming The Land? 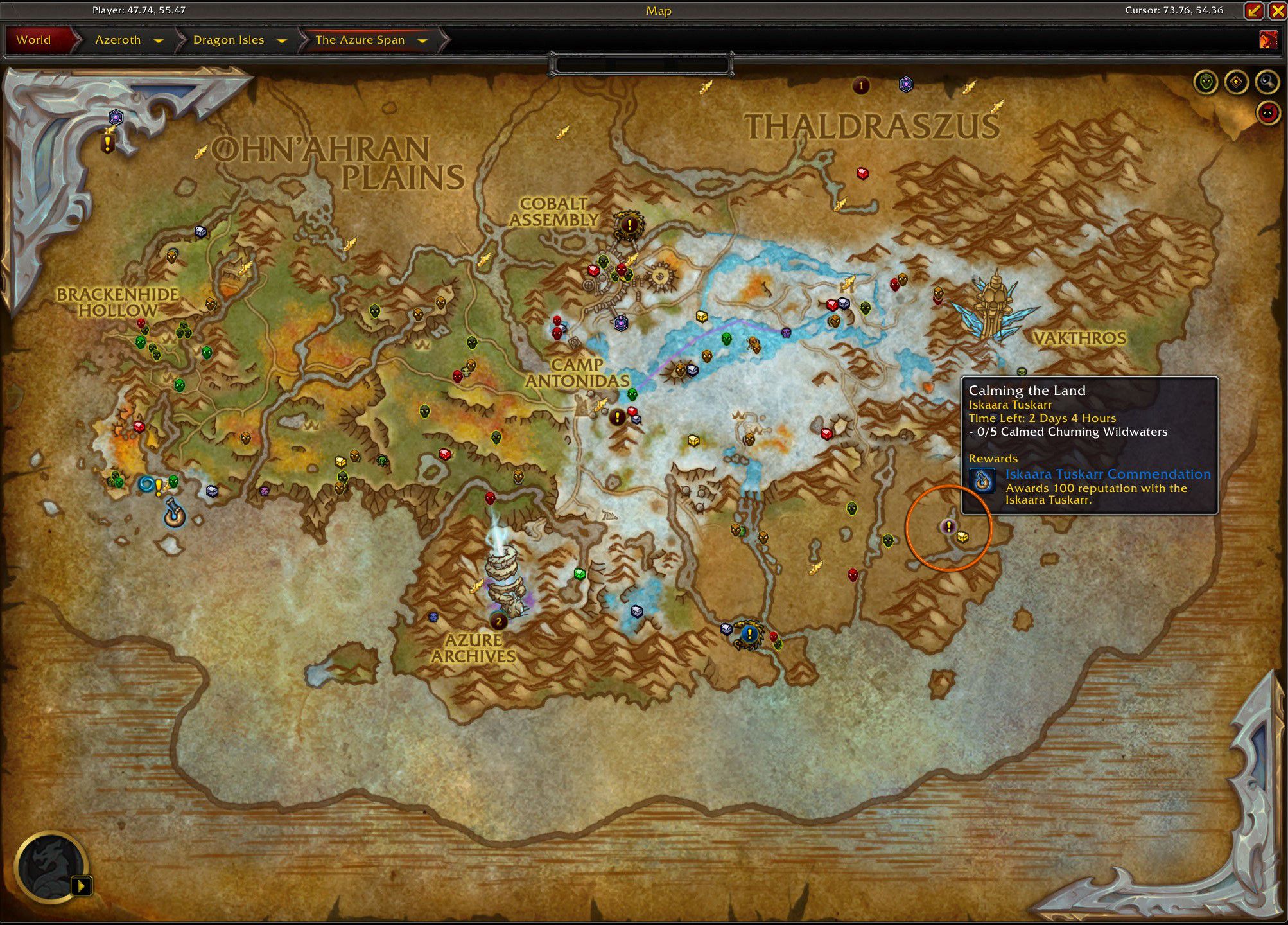 Calming the Land is a world quest in the southeast of The Azure Span. It is always posted by the Iskaara Tuskarr and will always award a base amount of reputation for them. That said, its rewards vary each time it is posted, as it can reward you with bonus reputation with the Iskaara Tuskarr, a couple of hundred gold, a Dragon Isle Supply Cache, or gear that scales with your character’s item level.

How To Complete Calming The Land 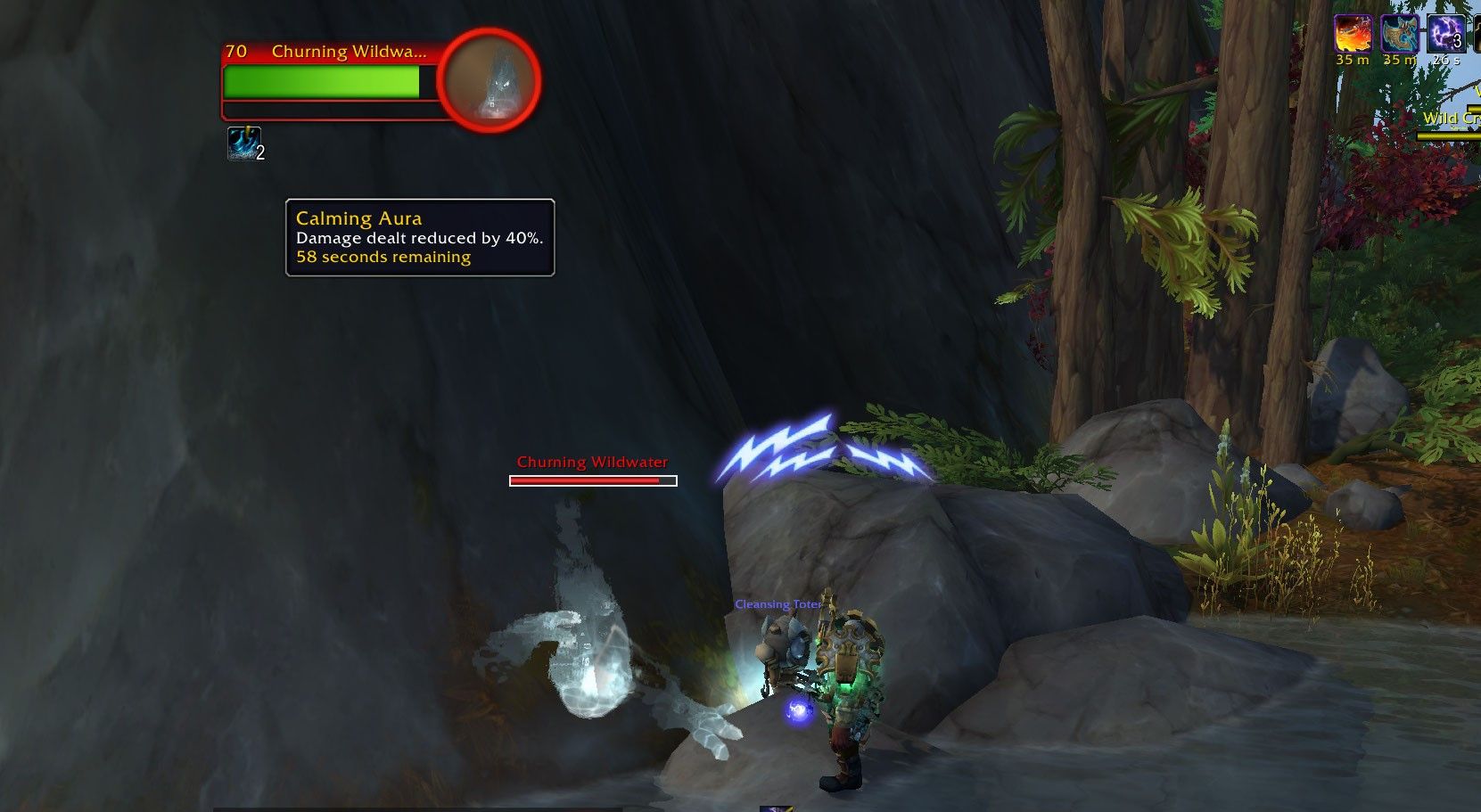 For Calming the Land, you are given a specific ability for the world quest: Summon Cleansing Totem. Here is what you should do, step by step:

If there is a Grand Hunt going on in the area for the Maruuk Centaur, your Bakar or Ohuna hunting companion will attack whatever you attack, and you won’t be able to stop them from attacking. As such, it is crucial that you don’t attack the Churning Wildwaters and instead just stand next to them to pull them.

This is easier in a group, as multiple people can drop their Cleaning Totems on the same Churning Wildwater to get it to five stacks of Calming Aura faster. However, it is important to stress that a single totem can only get to work on one Churning Wildwater at a time.