You are here:
Home / World Of Warcraft: Dragonflight – 9 Best Side Quests

World of Warcraft: Dragonflight has moved away from bleak universe-ending apocalypses and into a lighthearted narrative about a joint exploration of the uncharted Dragon isles. The main campaign stroke a balance of telling a compelling story with serious stakes without imposing a dreary atmosphere.

However, it's in the side quests where the writing truly shines. The optional missions in Dragonflight are some of the most emotional, silly, and impactful stories told in the expansion. If it's your first tour of the island, grab all the exclamation points on the map because you're bound to experience some of the best side quests in Dragonflight. 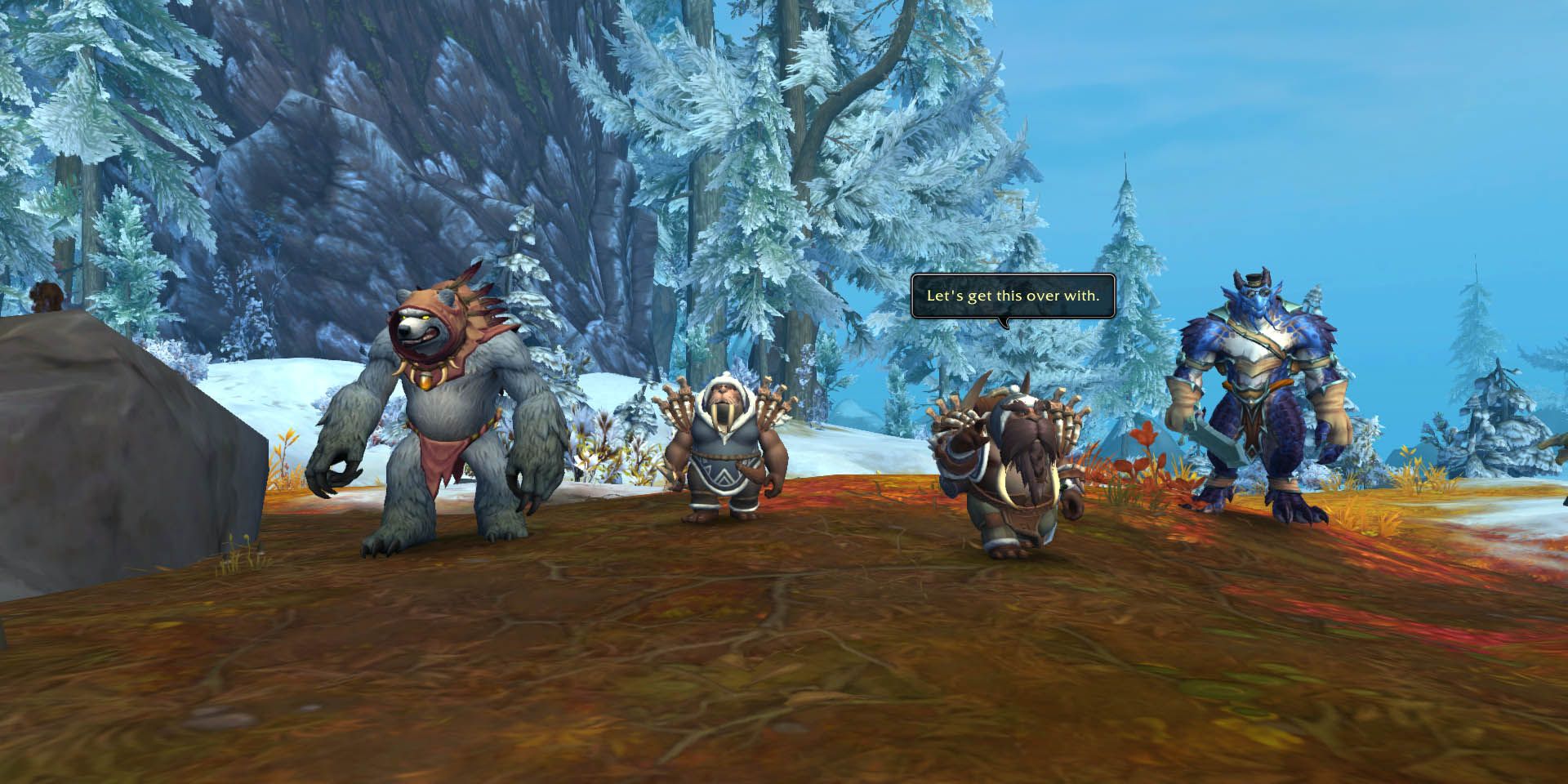 Loose Ends is the last quest in the Grimtusk Hideaway storyline. Structured like a formulaic heist movie, you'll travel across the Dragon Isles to assemble Grimtusk's old crew. But, before you can bring in the old crew, you'll have to assist them with their personal business.

You'll need Grimtusk's buddies to assault the Snowhide Camp and kill their leader Frostbite. It also happens that this ragtag group has unfinished business with him, so they're more than happy to take him down. The crew's interactions and on-the-nose heist parody make this a quest worth experiencing. 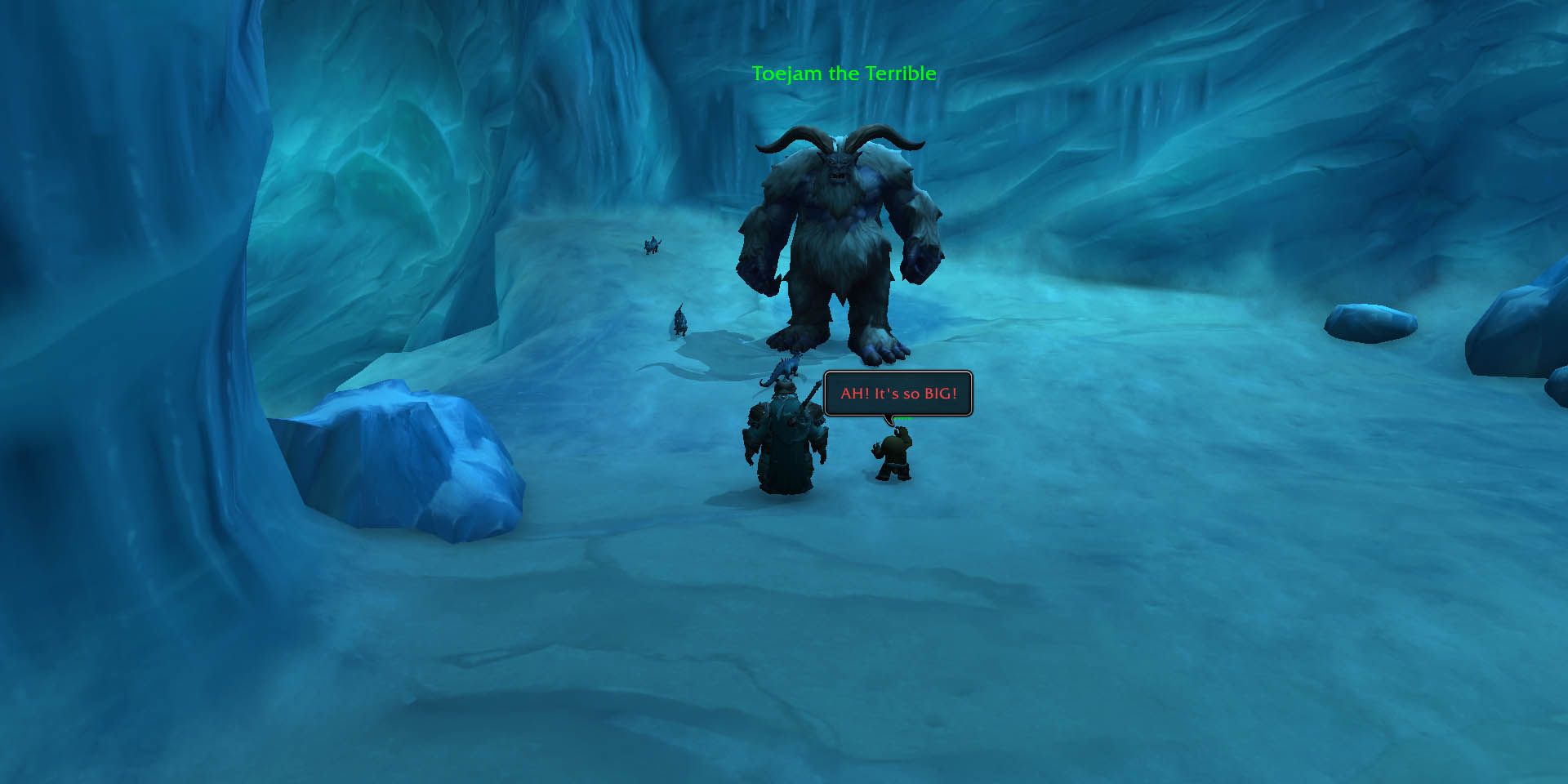 Rowie is a young Tuskarr who ran away from Iskaara to confront an evil yeti lurking in a cave. You'll find him shivering near the entrance, scared to enter and slay the beast. When you arrive, he'll send you on a quest inside, but this isn't your average kill-and-forget mission.

Toejam the yeti is a huge softie who refuses to fight you no matter how hard you try. He looks at you with sad eyes as he pets and cuddles nearby Ottuks. Eventually, you'll agree to let Toejam pretend to die when Rowie strikes it. Toejam must be protected at all costs. 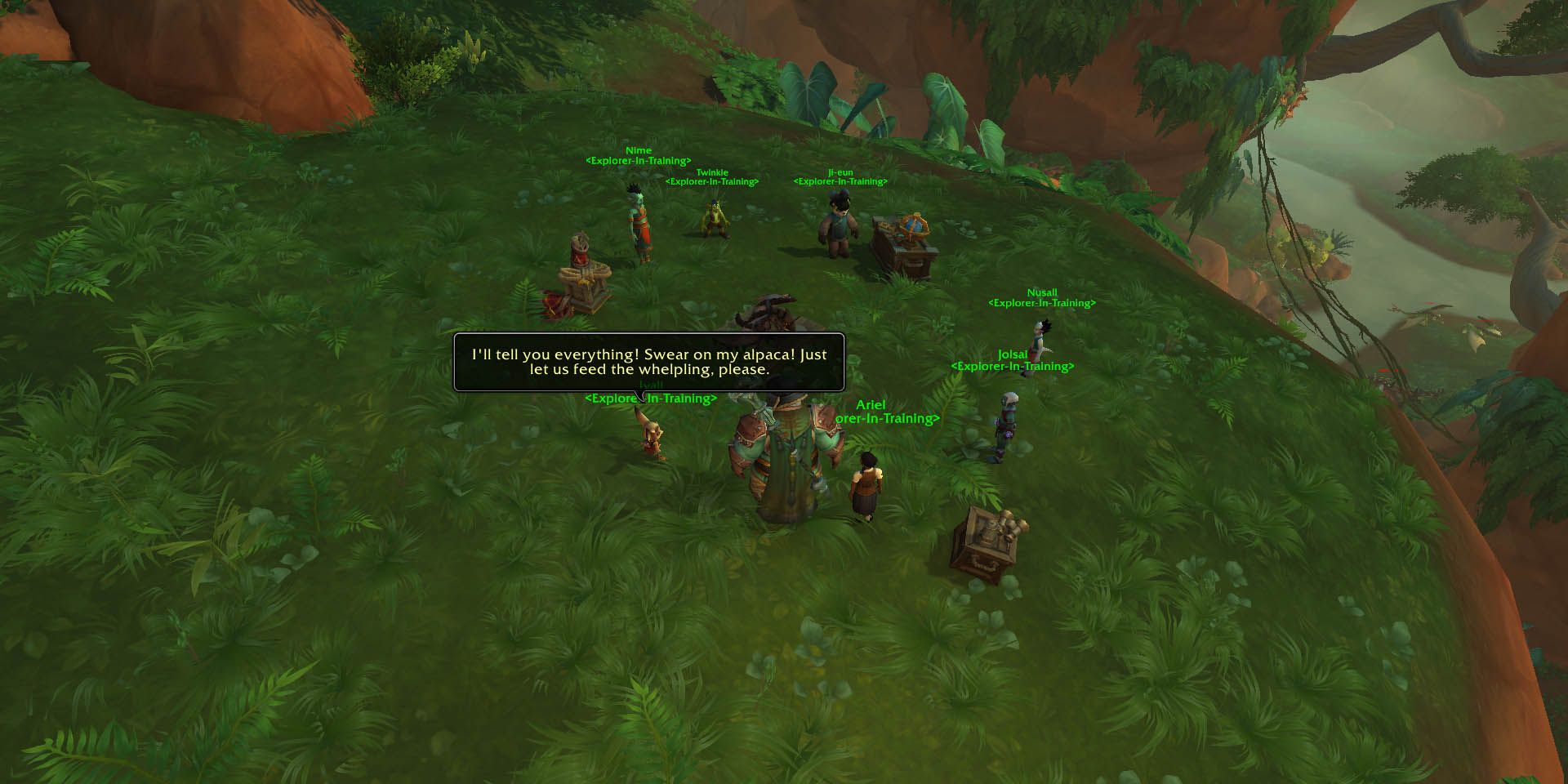 The Dragonscale Expedition is a joint expedition of the Explorer's League and Reliquary; you can find their base camp stationed south of the Waking Shores. As they're also comprised of scholars, you find nothing odd when a group of children asks you to analyze the behavior of local whelps.

It turns out that the children are hiding a sick whelp without the adults' knowledge. Fortunately, researcher Iyali took pity on the children and assisted in curing the whelp. After curing it, you'll have the honor of naming the young dragon. 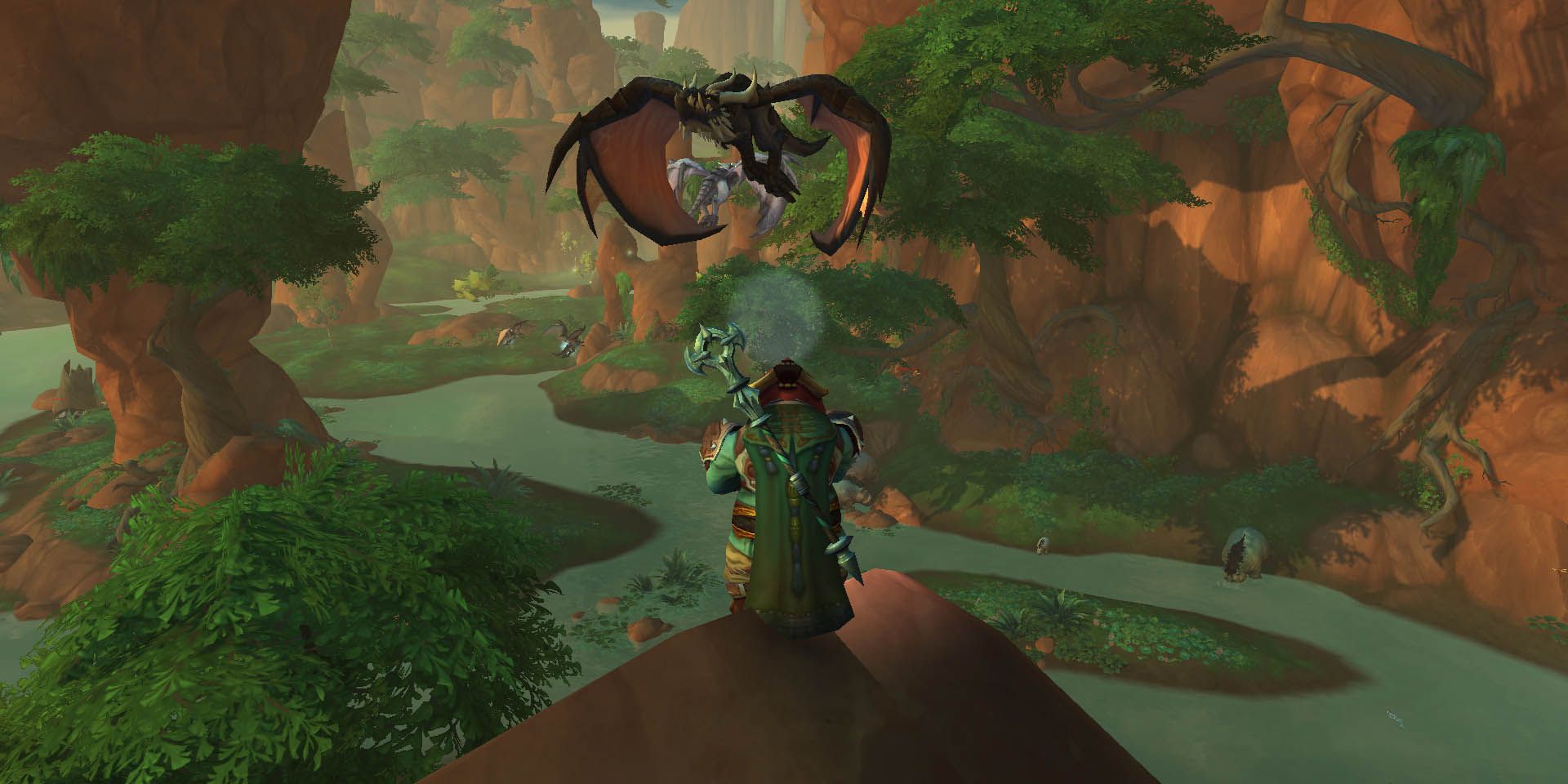 The Professional Photographer quest chain is a fun storyline where you're sent out to take wildlife photos for the Dragonscale Expedition. Dubbed the Pokémon Snap quest, you'll have to take specific photos of the wildlife, such as capturing a Proto-Drake catching fish. The camera is clunky, so you'll have to find the perfect place, stand very still, and wait for the right moment.

Near the end of the storyline, you'll come face to face with a giant slumbering dragon. Of course, you'll have to go right up to its face to take a photo, leading to disastrous results. If you had fun with the quest, you could always take more photos for Dragonscale Expedition's renown. 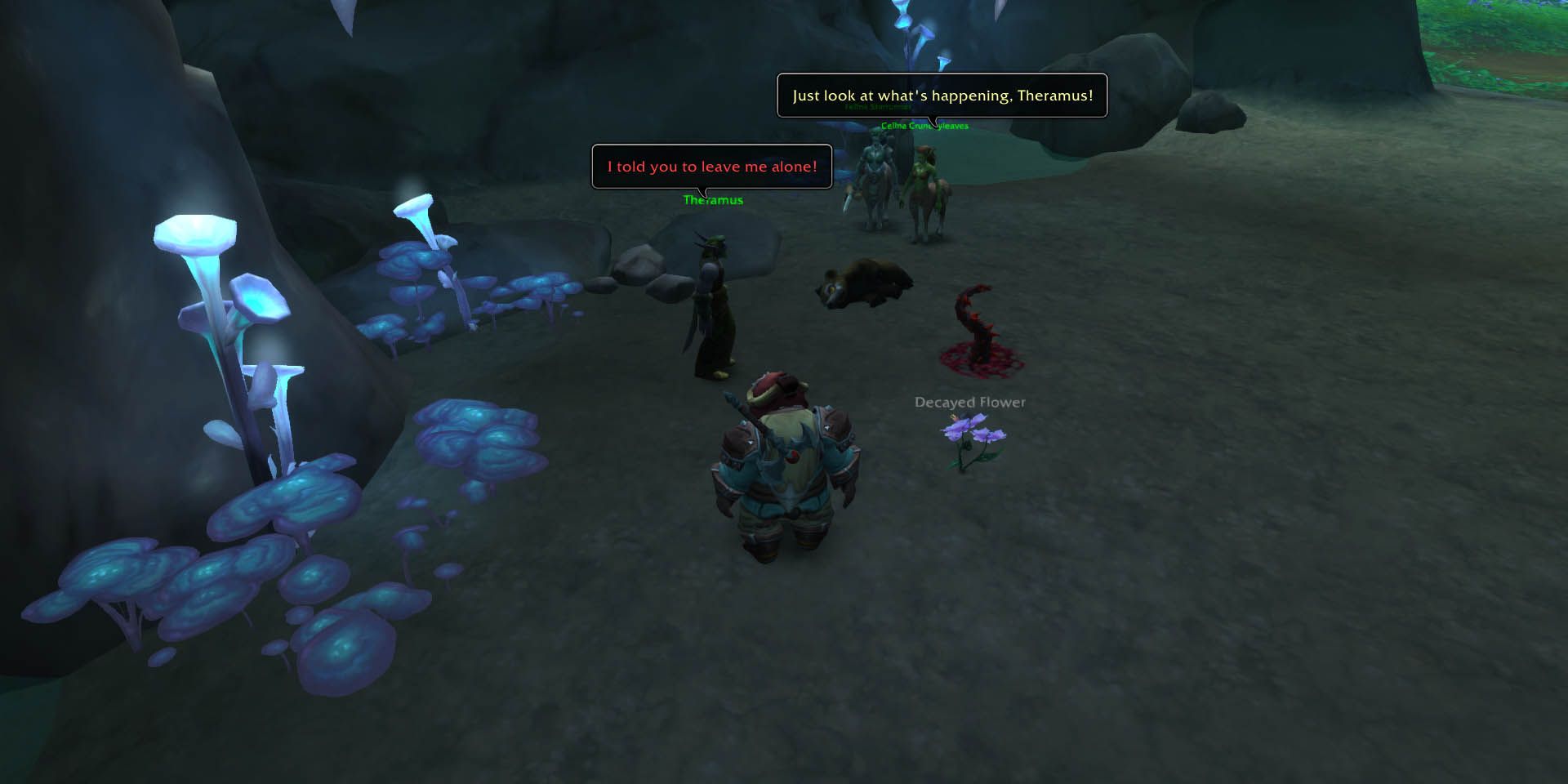 Venturing to the Shady Sanctuary in Ohn'ahran Plains, you'll find a despondent druid named Theramus who's sulking away in a damp cave. Two concerned dryads attempts to cheer him up with gifts to no avail, partly because the gifts are horrible. However, in his prolonged absence, the gardens plunged into chaos.

Since gifts don't work, you and the dryads show him proof of his negligence, such as an injured cub and a decayed flower. This is enough to rouse the druid from his stupor as he transforms into a dragon to revitalize the shrine. He still isn't over Ysera's death, but at least he'll remember his duties from now on. 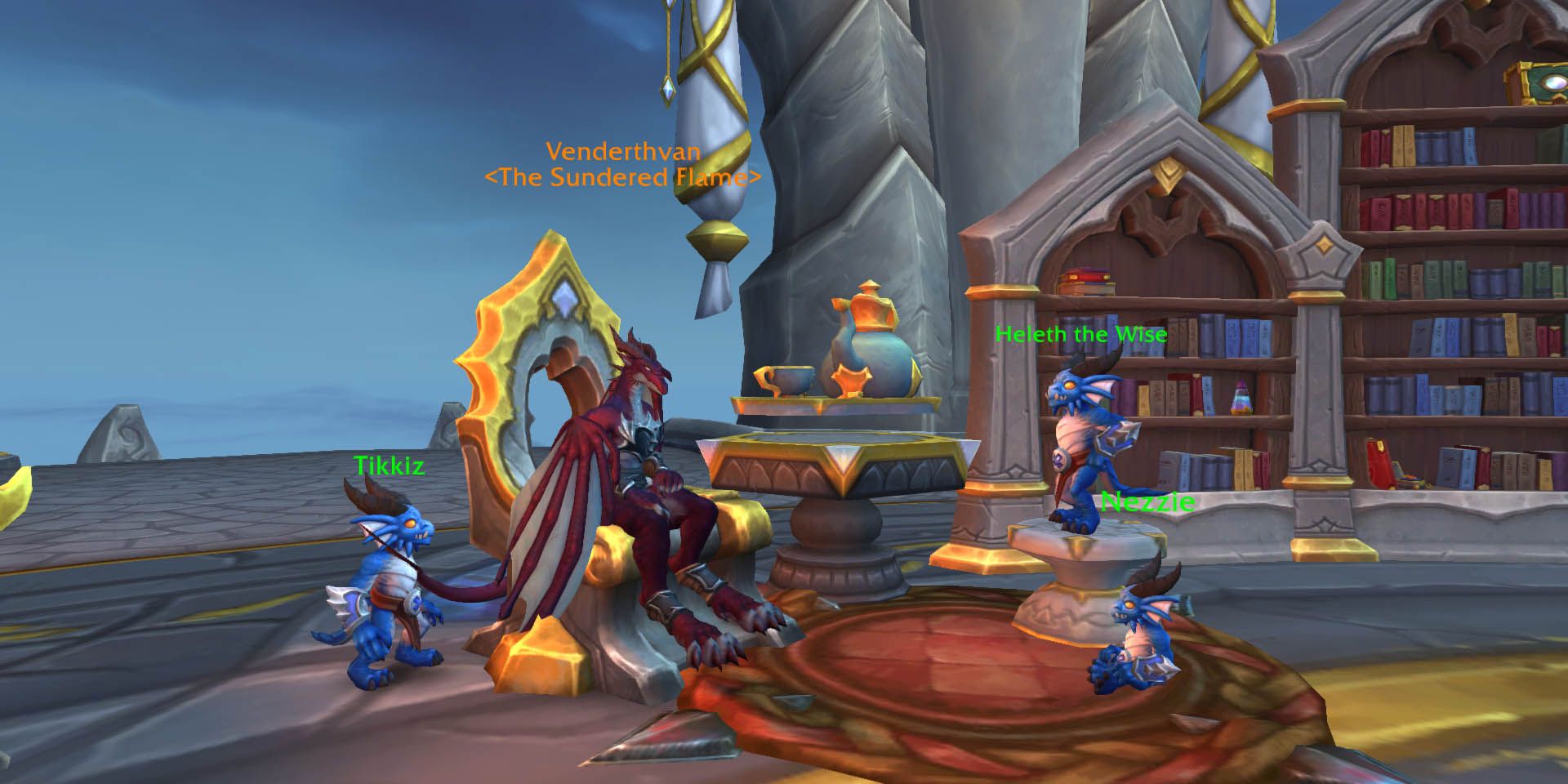 At the top of a tall tower in the Cobalt Assembly, Azure Span, you'll find a group of Dragon children hiding away. A Sundered Flame member named Venderthvan is passed out unconscious on the outer ring; despite being enemies, the group's leader makes the call to help him. Venderthvan reveals that he was ordered up the tower to "take care of things" but was never informed about the children.

Regardless, you'll assist Venderthvan in tearing apart the place, searching for something he doesn't know yet. In this process, one of the children becomes injured, and this causes him to have a change of heart. Venderthvan vows to take care of the children, as he feels responsible for the assumed death of their parents. 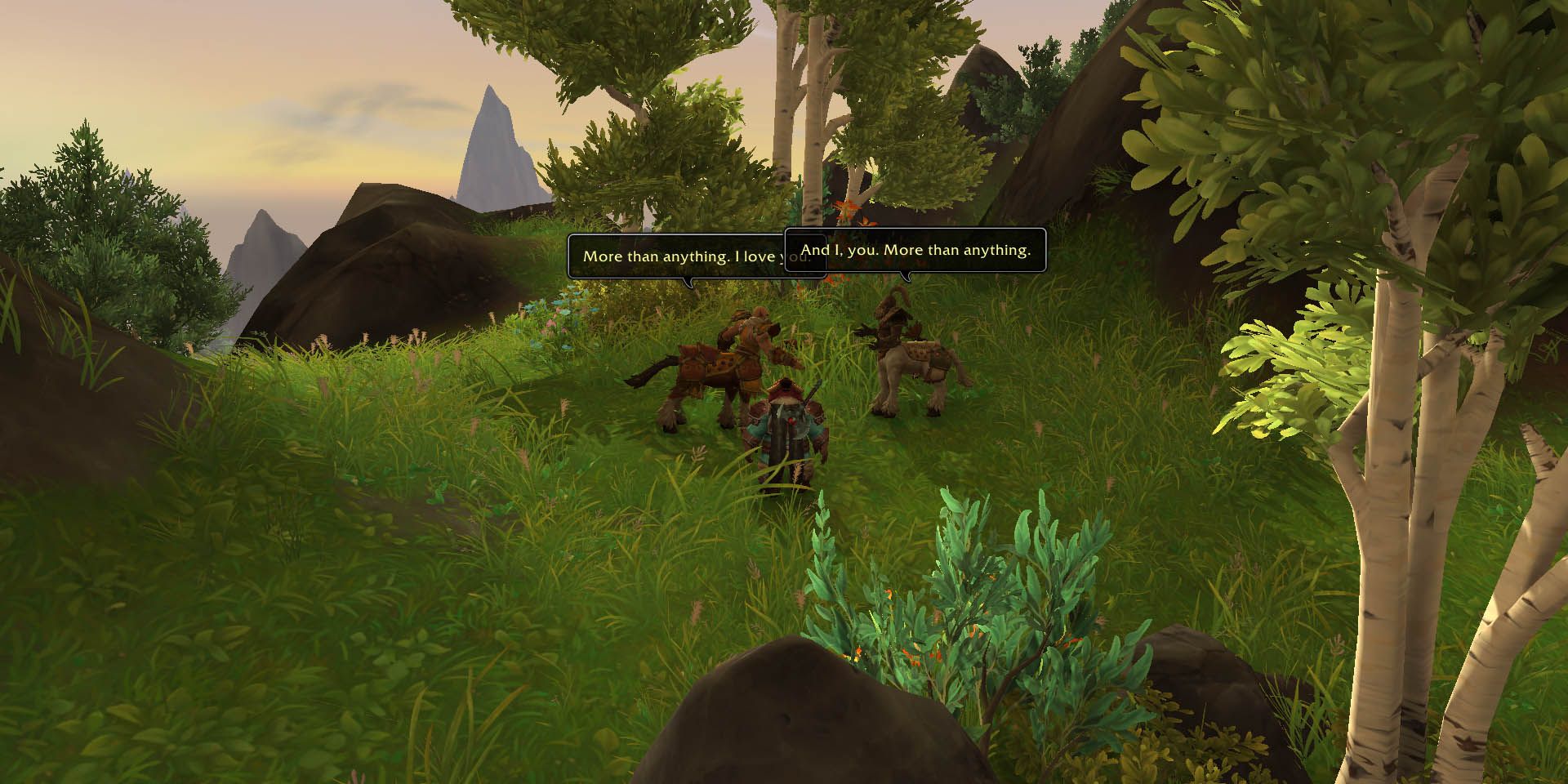 You'll meet Windsage Dawa and Hunter Narman in Maruukai at the Ohn'ahran Plains. These Maruuk Centaurs have separate questlines where they ask for your help in proposing to their significant others. After a while, you'll realize that these two are secretly surprising each other.

Once they receive the elder's blessing, they ask you to join them at a small pond by the Mirror of the Sky. It's a sentimental place for the two because that's where they met during their time as initiates. What follows is a wholesome moment straight from a rom-com movie where they propose to each other simultaneously. 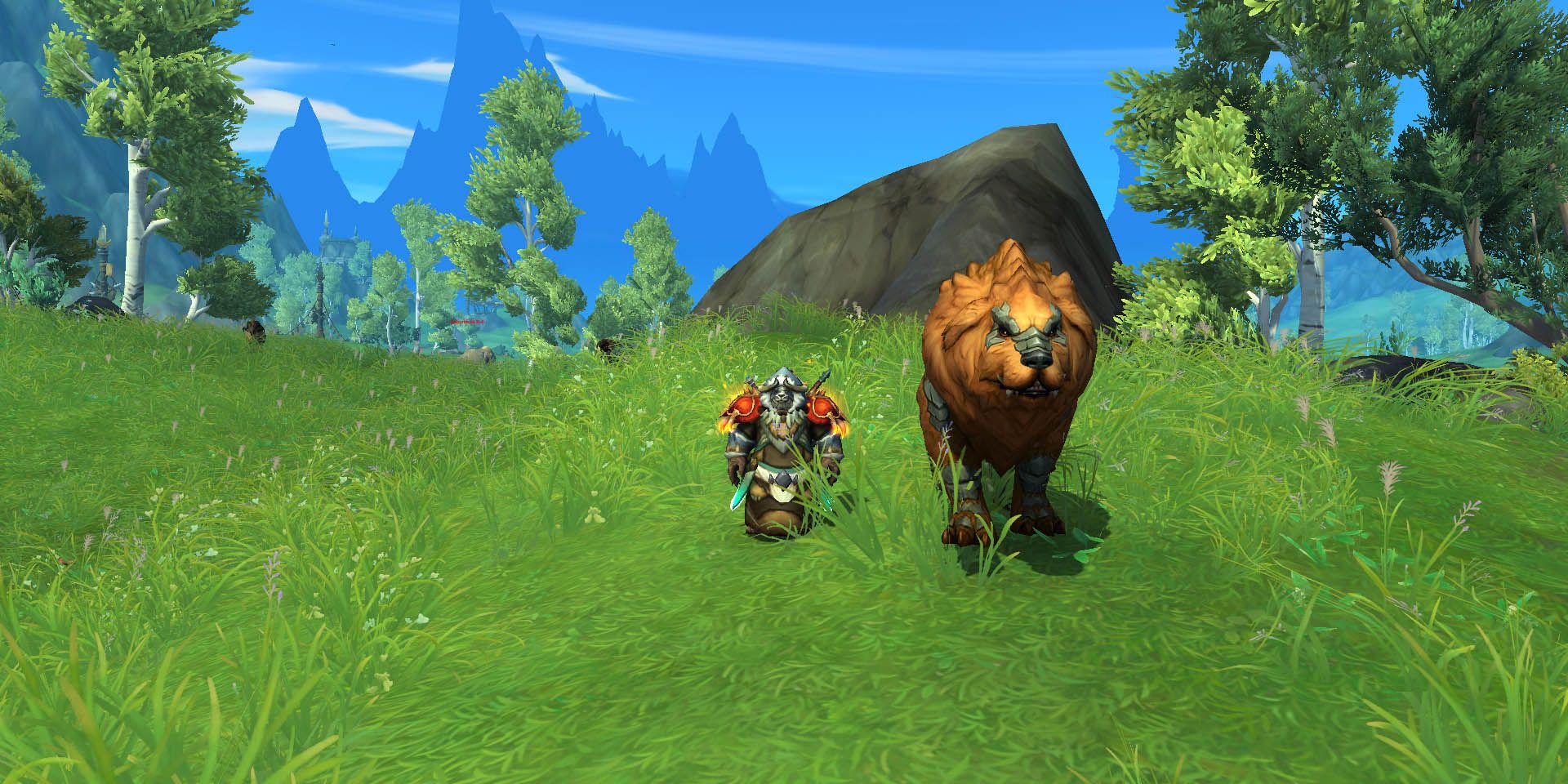 Taivan's Purpose is a lengthy coming-of-age story of the bestest boy in Dragonflight: a gentle, oversized Bakar named Taivan. Taivan is a burden for Clan Teerai because he refuses to hunt, even with your assistance. Since that didn't work out, you'll try to see if Taivan is fit to be a shepherd. However, he's too much of a gentle giant to dominate herd animals.

Taivan's training arc was disrupted because of an emergency at the nearby village. As you struggle to pull the centaurs out of the rubble, Taivan swoops in and rescues them like Desmond Doss. The quest chain ends in a tear-jerking moment as the gentle Bakar comforts a young centaur who lost their parents. 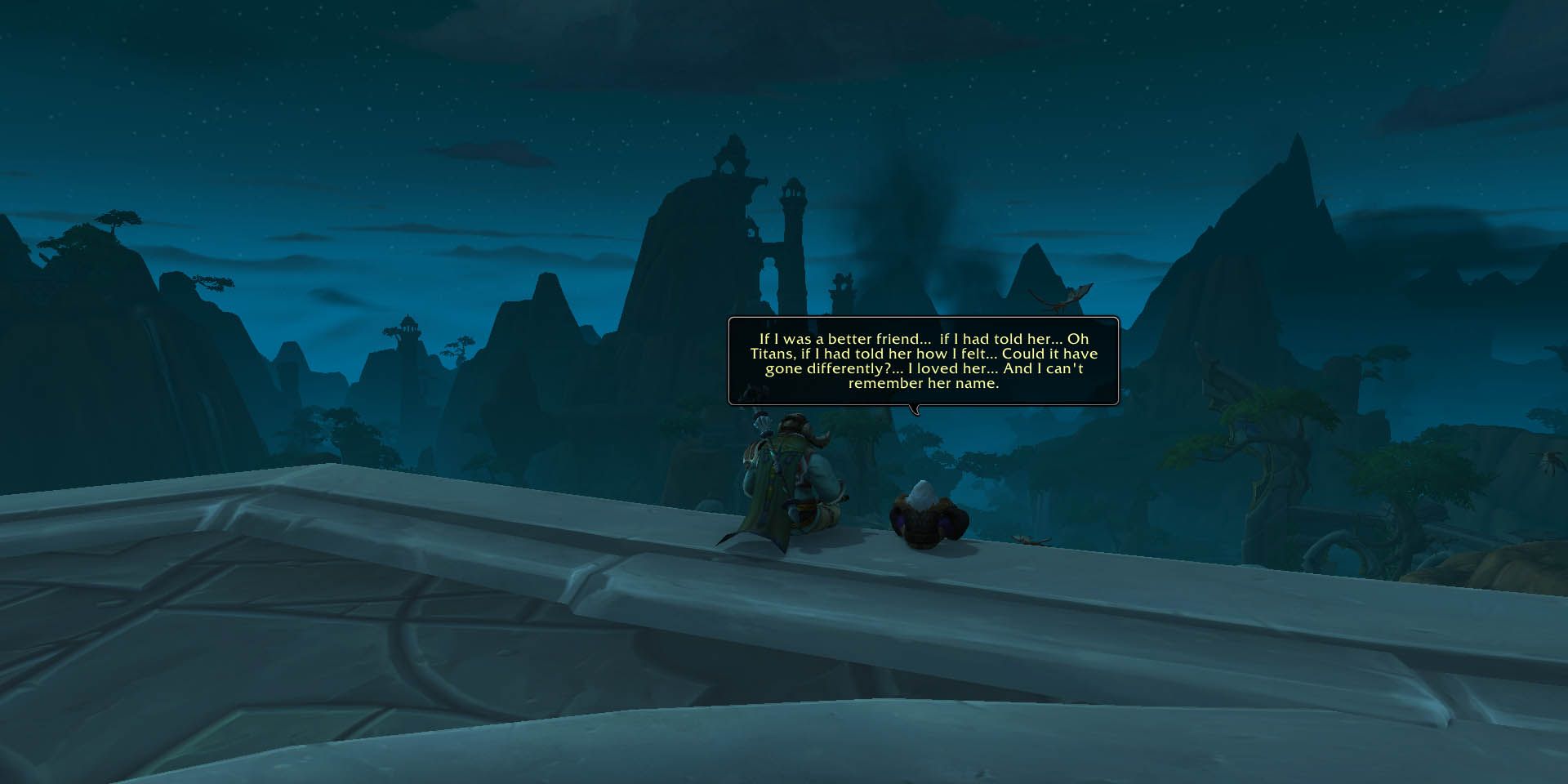 Stay A While is one of the most emotional quests in Dragonflight, and all you have to do is sit down, admire the view, and listen to an old dwarf. Veritistrasz finally returned home to the Dragon Isles, calling it an alien landscape after being away for 10,000 years. Depending on your race, Veritistrasz relates his somber story to a tragic event in your character's homeland.

He talks about the origin of the Dragon Wars and how saddened he was by the Black Dragonflight's betrayal. But, his deepest regret is killing an old friend — he can't remember her name, only that she was beautiful.