In case you haven’t visited the Elysian Quadrant in a while, here’s your cue to return. Tabletop and board game creator WizKids recently announced the Sidereal Confluence: Remastered Edition, an updated and upgraded version of the original highly popular asymmetrical trading and negotiating board game first released in August of 2017. The Remastered Edition features new gorgeous cover art, “an updated card layout, cardboard bidding trackers, a teaching guide, and an updated box insert.”

Sidereal Confluence: Remastered Edition is available now on the WizKids webstore for $69.99, and should also be available at your FLGS. The contents look to be the same in quantity as the original Sidereal Confluence, meaning there are a lot of them, just with improved quality in this edition. Here you’ll find a rulebook, a teaching guide, nine player screens representing the nine alien species, 21 boards, over 200 Resource Cubes, over 230 Tiles and Tokens, and about 380 redesigned game cards.

TauCeti Deichmann (which is one of the coolest names ever) returns as the game’s designer. Additionally, the awesome new cover art was created by Kwanchai Moriya, whose art is also featured in other excellent games such as the Overlight Roleplaying Game, Jiangshi: Blood in the Banquet Hall, and Gangster’s Dilemma. 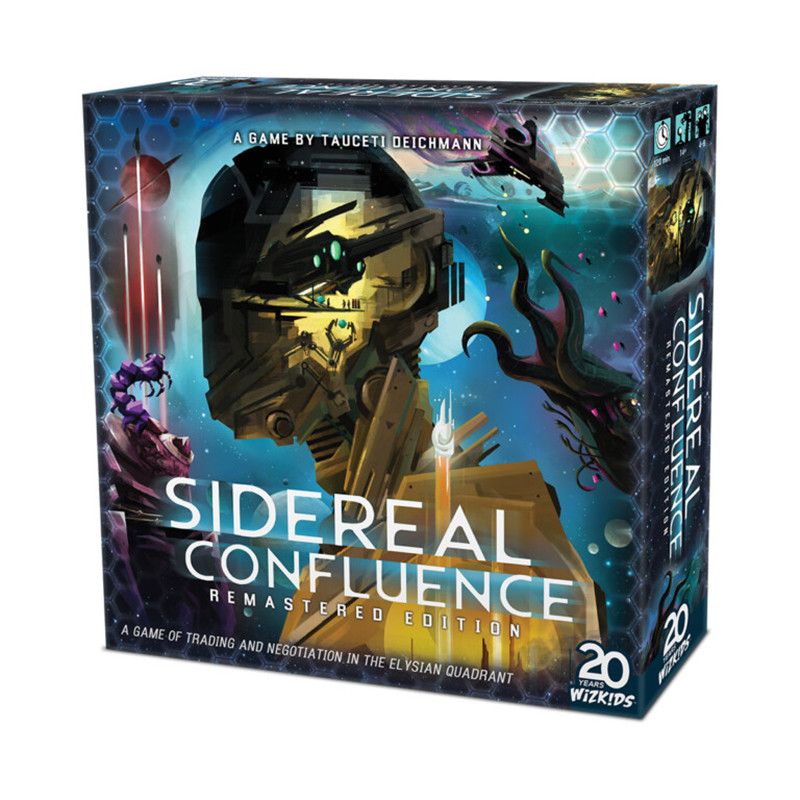 Sidereal Confluence is a game of friendly yet intense negotiations and trading, where players take on the roles of various alien races coming together to haggle for vital resources — crucial for the continued survival of each. This trade federation is at its heart a cooperative endeavor, but each species has its own personality quirks and agendas, which puts a very competitive spin on the entire negotiation.

Each species has its own deck of cards that represents existing technologies that can be produced, as well as future tech that allow it to expand and improve upon the current tech. Players can attempt to negotiate for resources from other players in order to produce the goods their species needs, and in turn can trade the produced goods for more resources, or supply their colonies and research new tech. The goal is to obtain Victory Points by researching tech, converting resources to goods, and advancing galactic society overall. 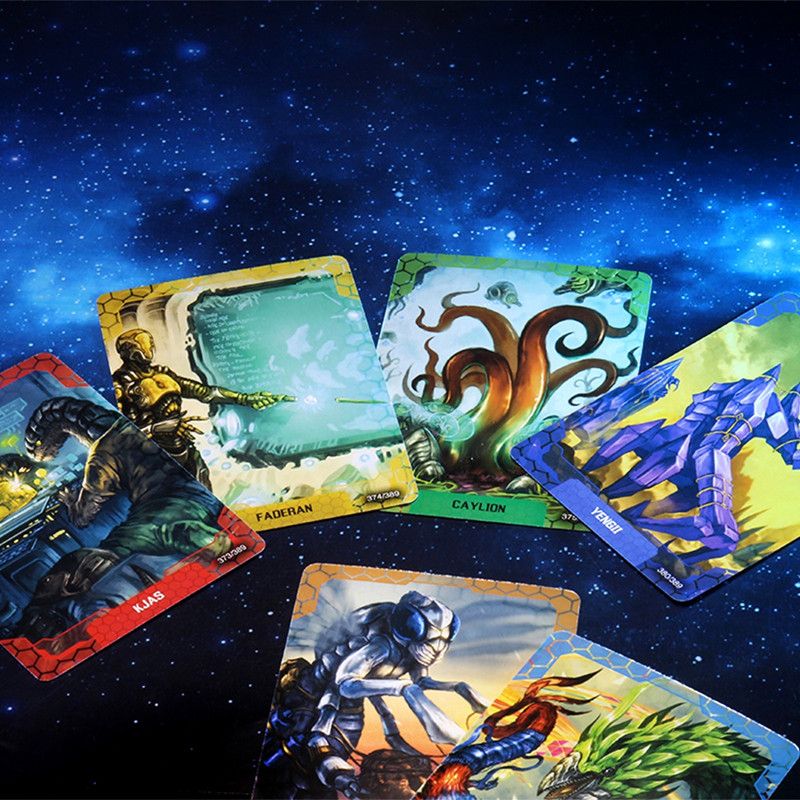