You are here:
Home / Why Can’t Elves Be From Hull?

Why Can’t Elves Be From Hull?

The Rings of Power follows the peoples of Middle-earth and beyond as our cast of Men, Elves, Dwarves, Harfoots, Númenorians, and Orcs journey through the Second Age. Tolkien’s writings on these events are sparse, but it’s not hyperbole to suggest that his races have informed and inspired all fantasy that has come since.

Why do we have uppity, pureborn Elves – often described as High Elves – in most fantasy worlds? They’re based on Tolkien’s Ñoldor. What about their creepier kin often known as Wood Elves? They’re the Silvan Elves, again a Tolkien creation. Tolkien took great care in crafting his races, penning histories that spanned millennia for each, as well as creation stories and of course finding their place in society. Elves are the rulers of the past, but their time is coming to an end in The Lord of the Rings. Men are the younger race, destined to take over custody of Middle-earth. Dwarves are seemingly omnipresent, but reclusive. And of course, Hobbits keep themselves out of world affairs as much as possible, preferring their ale, food, and pipeweed. Hobbits, or Halflings, have been crafted in this image ever since.

For many of these peoples, Tolkien started by creating their language. Sindarin, the main language of the Elves in Middle-earth, is based on Ancient Welsh, of which Tolkien was a scholar. The Dwarven language, Khuzdul, is based on Semitic languages. Tolkien often created these first, and built societies around them. Vast societies, societies that inform the entirety of modern fantasy, whether by following his example or subverting it. So, if Tolkien put so much care into his languages, why are adaptations so keen on degrading that with cheap accents? 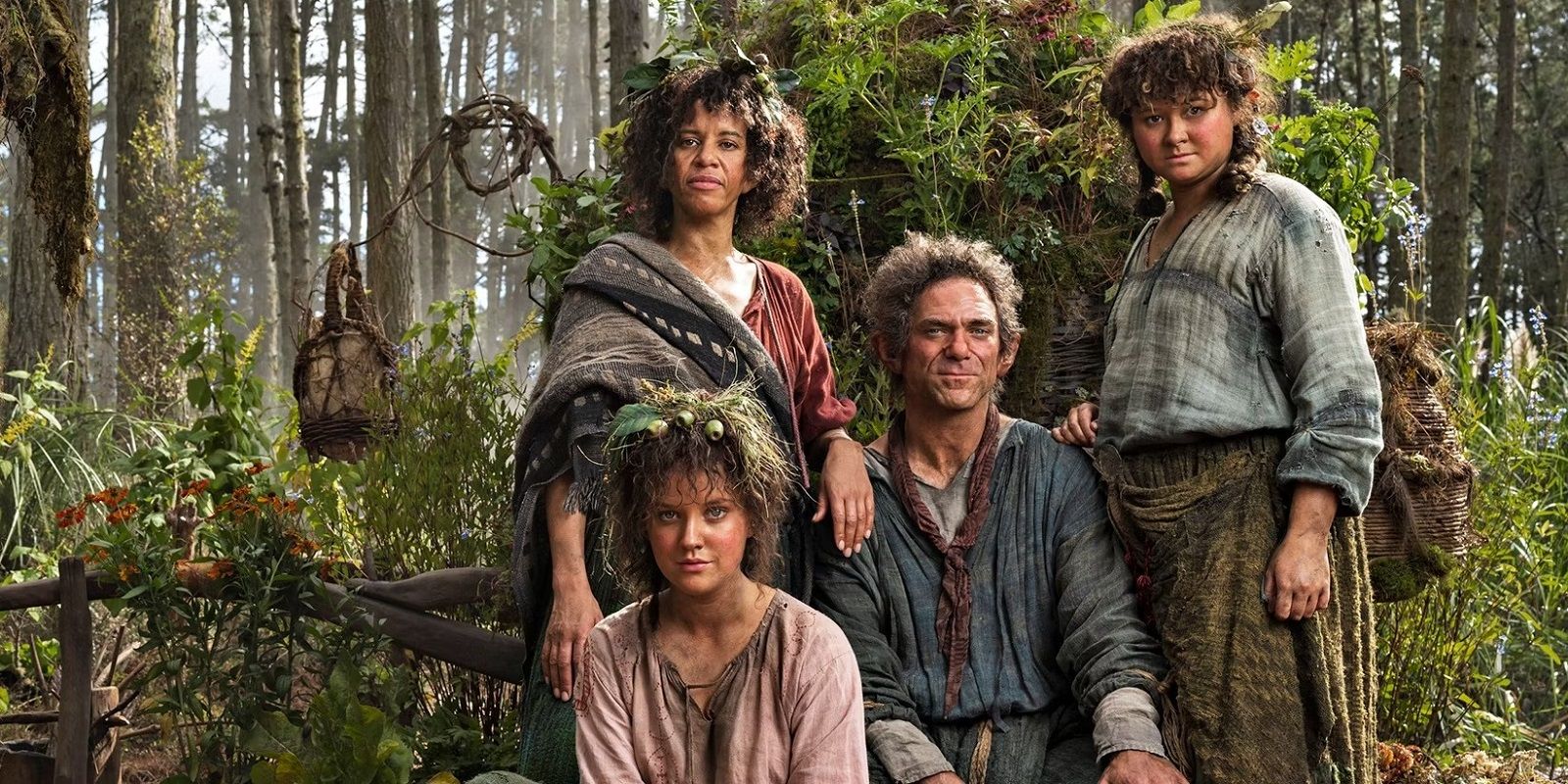 Accents have politics. I was seen as ‘the working class one’ at university because I have a northern accent – I’m tangibly Scouse but it’s hardly strong thanks to my southern parents. My peers cared not for my middle-class upbringing, they heard my voice and made an assumption. It seems that the showrunners of The Rings of Power are playing similar accent politics with the show, but their decisions risk playing into stereotypes and cheapening proceedings.

The worst offenders are the Harfoots. It’s unclear whether the actors are attempting Irish accents or a more varying ‘traveler’ accent, but it was clear when I chatted with the cast that none of them are speaking their native tongue. The accents are inconsistent and of varying levels of accuracy, but that’s the least of the problems. Is it a coincidence that the poorest society in the show, those that live off the land, have Irish accents?

The same goes for the Southlanders. The only working class characters in The Rings of Power have an array of northern accents, mostly from Yorkshire. Of course, the people who toil in the fields and once allied themselves with Morgoth could only be northerners. Compare this to the Elves, who all speak in perfect received pronunciation to aid their aura of nobility. While this is an easy way to differentiate between the races, surely Elves have social strata too, or subtle differences in regional accents? If nothing else, it would be more interesting on the ears. 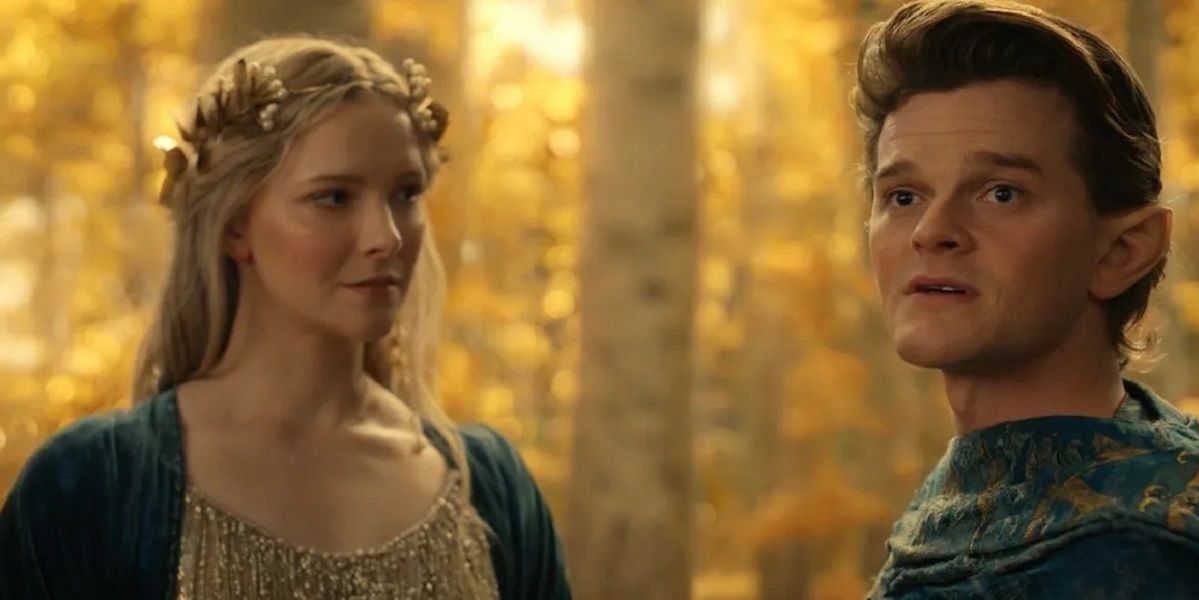 I was struck by Robert Aramayo’s dulcet northern tones when I interviewed him ahead of the show – finally some northern representation! – but in The Rings of Power he loses his Hull heritage and speaks with the same received pronunciation as the rest of the Elves. Why can’t we have an Elf from Hull? I know people often train their accents away as they rise in society – can you imagine Jason Isaacs speaking in his native Scouse or Ian McKellen in broad Yorkshire speak? – but every Elf speaking in the exact same way feels shortsighted. I think it’s great that Ismael Cruz Córdova is the first Elf of colour in a Tolkien adaptation – "it's about time," he told me when I interviewed him – but why does he have to lose his own accent? Morfydd Clark’s Welsh tones would have given Galadriel’s English-language speech a Sindarin twinge too, and would have been a great nod to Tolkien’s own inspirations.

That brings me to the Dwarves, who all have Scottish accents, seemingly because John Rhys-Davies chose to give Gimli that voice in the early ‘00s film trilogy. While Owain Arthur’s Scottish accent is impeccable (to a non-Scot ear, at least), his own booming Welsh accent would have been perfect for Durin. Besides, if the writers and showrunners wanted some easy parallels to real life cultures, Welsh Dwarves mining mithril is a gimme.

For all its faults, The Hobbit trilogy did well on this front, giving the Dwarven party a range of accents depicting their various backgrounds. James Nesbitt even got to use his own Irish accent, albeit likely because he was the biggest name in the Dwarven cast who was not called Richard Armitage. Armitage also didn’t put on an exaggerated Scots, instead delivering a stellar performance of Thorin’s Lear-esque descent into dragonsickness in something close to his own voice, which he has honed for years in the Royal Shakespeare Theatre. 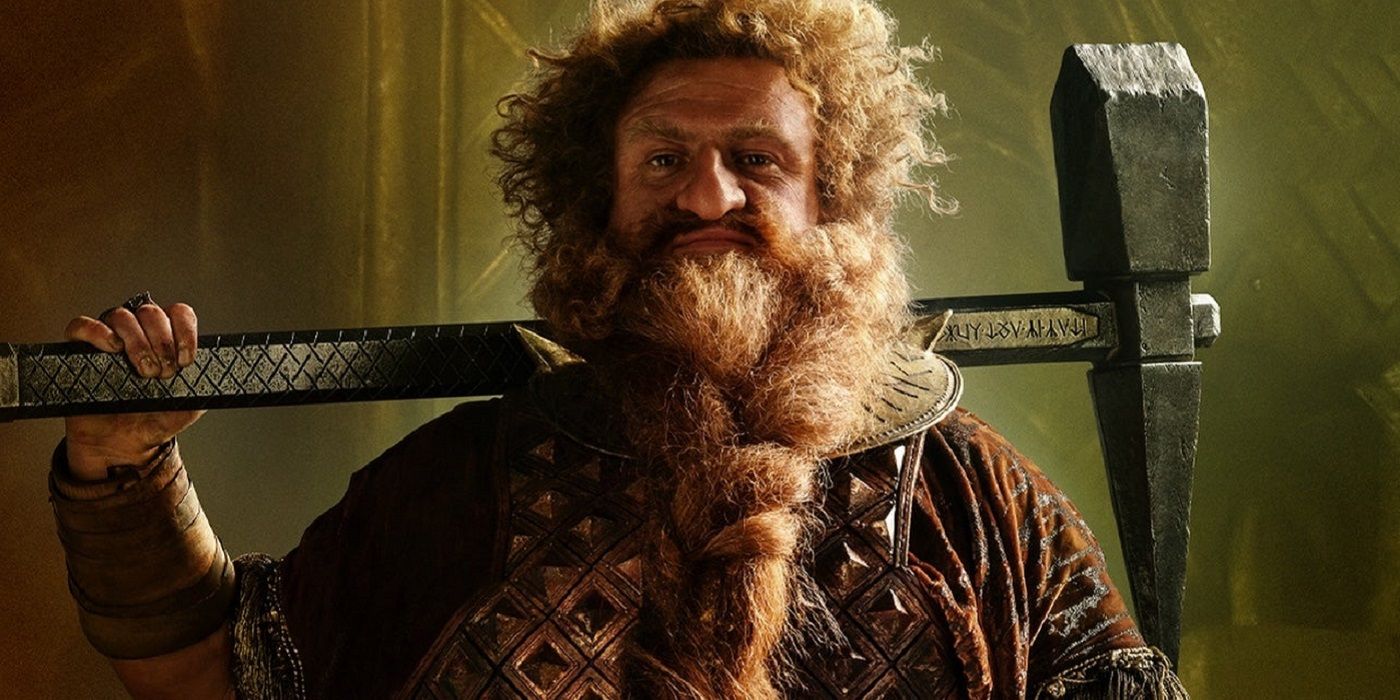 While I love that the Orcs speak English, the bad guys having cockney accents (likely mimicking meat being back on the menu from the Jackson, Walsh, and Boyens films) is getting old. The implication is that, like the Harfoots, the Southlanders, and to some extent the Dwarves, the Orcs are uneducated. They’re grunts, footsoldiers, fodder for Sauron’s war. On the other hand, the Elves speak in a manner befitting a Tory politician or another Eton-educated bigwig. Because they’re better, or so the accent implies.

The accents aren’t ruining my time with The Rings of Power, but they’re definitely dampening the experience. Falling back on linguistic cliches is boring, overdone, and shows a lack of respect for the care that Tolkien put into his languages. Surely some Dwarves are privately educated, and some Elves are from the Eldar equivalent of Hull?