You are here:
Home / Where To Find All The Collectibles In Mount Craw In Tiny Tina’s Wonderlands

Tiny Tina's Wonderlands is a fantastical game full of loot, dragons, and magic! What could be better? As you adventure, you'll come across special items in every map that give you little bonuses and lore tidbits.

You're bound to find a bunch of them as you play, but hunting down every single one can be a serious pain. Enter: this article! We describe where to find all the Lost Marbles, Poetry Pages, Lore Scrolls, and more.

The first Lost Marble is dangling just above your head! It's on the ledge of one of the buildings in the local town in Mount Craw. Thankfully, the Amnesiac makes a comment when you get close enough, so it's not terribly difficult to discern when you've found the right building.

The second Lost Marble isn't far from where you entered this map for the first time! It's just up on a high ledge, and you need to take a round-about route to reach it. We've marked the location on the map above.

Where To Find The Lore Scrolls (x5)

There's a Lore Scroll right after you enter this map. It's on a wooden ledge next to the vending machines – just don't fall!

This Lore Scroll is easy to miss; it's hiding behind an oven in the underground labyrinth where the goblins are working. To get access to this area, finish Jar's quest "Goblins Tired of Forced Oppression" and progress through her follow-up quest: "The Slayer of Vorcanar."

There's one Lore Scroll on a dock that's overlooking the frozen lake and the village nearby.

The fourth Lore Scroll is on the first floor of a house standing alone near the frozen lake.

The fifth and final Lore Scroll is behind a hut with a chest inside, and it's partially obstructed by snow. As with many of the other items on this list, you'll have to get through part of Jar's quests to progress.

Where To Find The Lucky Dice (x19)

Since there are 19 Lucky Dice in Mount Craw, and they provide a bonus to the quality of loot you receive, we figure that they're important enough to have an in-depth guide all to themselves. Check it out for the location of every single Lucky Die in Mount Craw:

Where To Find The Poetry Pages (x2)

The first Poetry Page can be found on a snowy opening into the deep, dark caves where the Goblins are working. To get access to this area, you'll need to finish Jar's quest, "Goblins Tired Of Forced Oppression" and progress a bit in the follow-up quest, "The Slayer Of Vorcanar."

The second Poetry Page is past a trap: machines that blow frost! Otherwise, it shouldn't be much trouble to find this Poetry Page near the middle of the map, tucked up with a bunch of other loot.

The Rune Switch in Mount Craw can only be found if you've progressed in the quest "The Slayer Of Vorcanar" (which is itself a follow-up to the quest "Goblins Tired Of Forced Oppression").

Once you get access to more of the underground area, you'll be able to jump up to the Rune Switch, which is sitting on one of the wooden platforms that connects, via rope bridges, to other parts of this region. 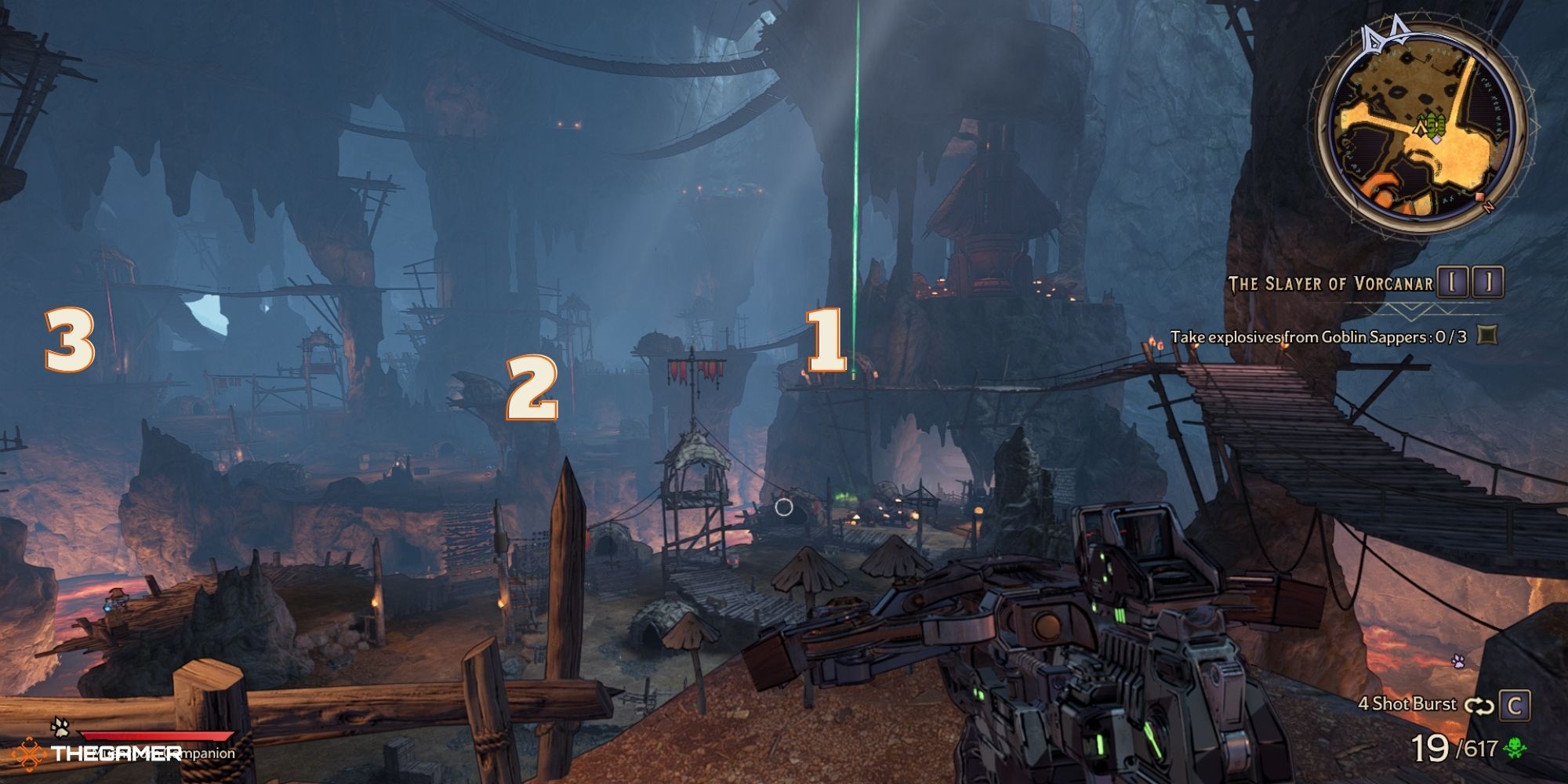 When you interact with a Rune Switch, it begins a jumping puzzle where you need to catch all of the divided runes within a time limit. For many of them, the paths are self-explanatory. To give you a grounding, though, we've marked the order that you'll be picking up the runes in the image above.

The Ancient Obelisk for Mount Craw is found on the far side of a lake covered in ice. If you start at the town and cross the lake, you'll reach it. Alternatively, if you follow Jar's quests (Goblins Tired of Forced Oppression and The Slayer Of Vorcanar) to the end, you can hop down to the Ancient Obelisk from outside of Vorcanar's boss arena. 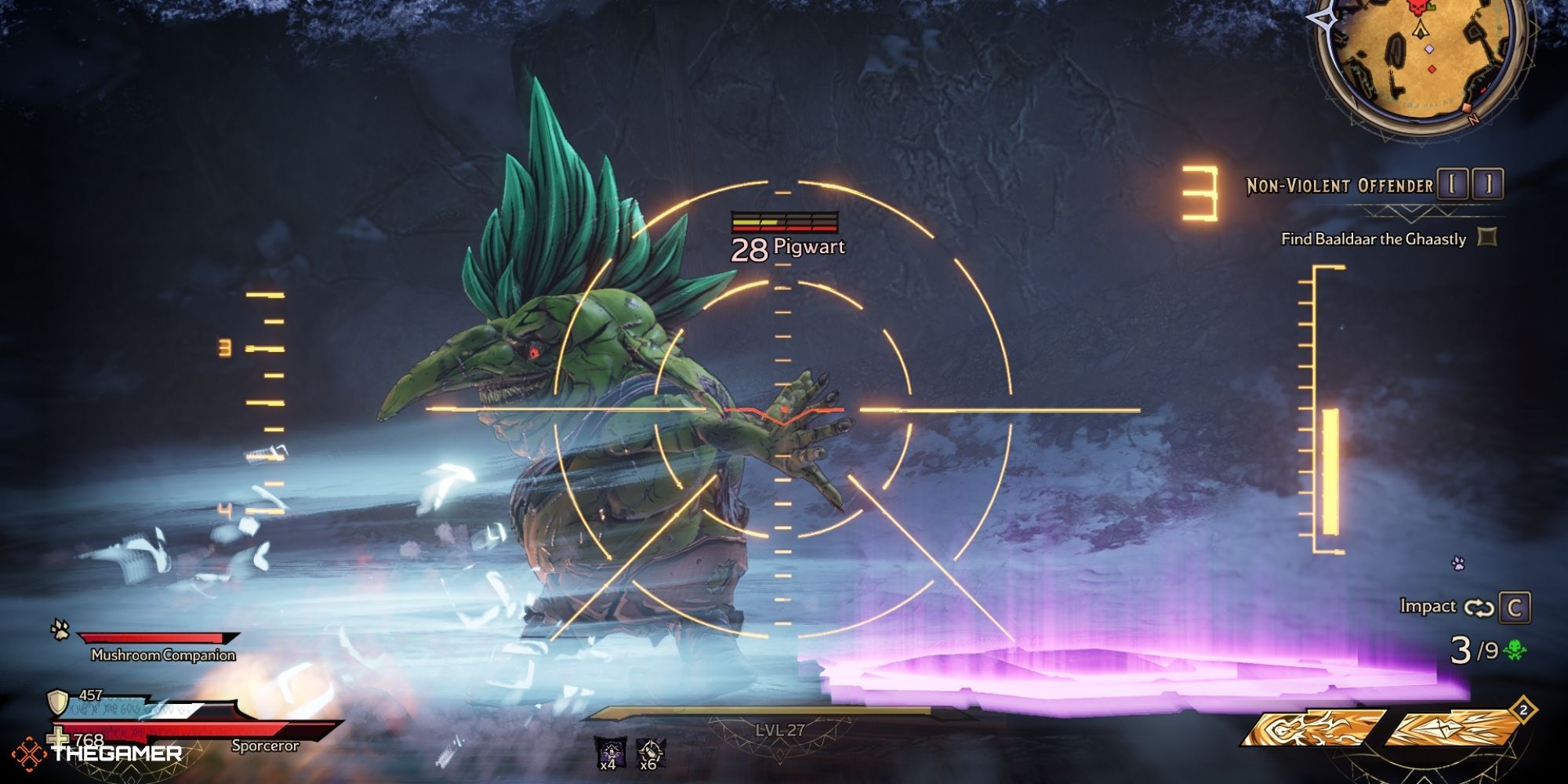 Ancient Obelisks are challenges where you defeat several waves of regional opponents and one super tough boss! In this case, you'll be facing a goblin named Pigwart.