You are here:
Home / Where Are All The Pokemon Paleontologists?

Where Are All The Pokemon Paleontologists?

There are now 16 known Pokemon that can be created from DNA stored in fossils. Fossils have been found in almost every region in the world and have been known to contain the material necessary to birth exceptionally powerful Pokemon, including Tyrantrum, Kabutops, and Bastiodon. There is so much untapped potential waiting to be discovered in buried Pokemon fossils across the world, so why is it that no one seems to care?

There are no paleontologists in the world of Pokemon. Some might argue that Pokemon uses the archeologists to represent paleontologists, but I don’t think there are any archeologists in Pokemon either. Even the people who call themselves archeologists just stand around waiting for you to bring them fossils, and then let you keep them. Archeologists are explorers and adventurers that should be out in the world digging up fossils and ancient relics themselves to learn whatever they can about the ancient world. Pokemon’s ‘archeologists’ are not scientists, they just mindlessly operate the mysterious fossil machines.

There is one trainer class that almost fits the bill. The so-called Ruin Maniacs can be found in tunnels and caves starting in Gen 3, and while they certainly have the look of paleontologists, with their pith helmets and large backpacks full of maps, they’re never actually doing paleontology. These trainers use Ground, Rock, and Steel-type Pokemon like Geodude and Sandshrew, but to my knowledge none of them has ever had a Fossil Pokemon, at least outside of the Battle Tower. In Gen 4, one of them challenges you to catch 26 Unown before he can finish digging through the Maniac Tunnel, but that’s not really paleontology or archeology – it’s barely even geology. Every time you meet a trainer with a lot of Fossil Pokemon, like Steven Stone in Gen 3, it turns out they’re just a rock collector or cave enthusiast. I’m sorry, but if you’re not actively searching for and finding fossils, you aren’t a paleontologist.

In fact, we are the only paleontologists in the Pokemon games. We’re the only ones going out there to dig around in the dirt to find undiscovered Pokemon and teach them to fight. Maybe we wouldn’t be able to sweep every gym leader and Elite Four battle if those trainers would just go find some powerful Fossil Pokemon. Three Fossil Pokemon are at least part Dragon-type, and one of them is the Mythical Pokemon Genesect. Considering we’re the only ones out there looking for these things aside from Team Plaza, I’m fairly certain there’s a lot more big bad Fossil Pokemon to discover.

Three gym leaders use Fossil Pokemon, but none of them are Paleontologists. Two of them have gotten very close, but were ultimately seduced by more lucrative vocations. Roark, the Oreburgh Gym leader, uses a Fossil Pokemon he found while serving as the safety supervisor for Oreburgh Mine. You’d think having his very own Rampardos would inspire him to keep digging for fossils, but he fills out his roster with Geodude and Onix. Either he’s a huge fan of Brock or he’s not very bright.

His father, Byron, also has a Fossil Pokemon. The shovel-wielding leader of Canalave City’s gym is described only as a “digger”. While we don’t know what his actual job is, it seems likely that he was the former head of the Oreburgh Mine. Roark seems particularly young to have worked his way up to his position through any means other than nepotism, and Byron is a Steel-type trainer who rewards you with the Mine Badge. In the anime, Byron’s hobby is digging for fossils, so he’s at best an amateur paleontogolist, and only outside the games. 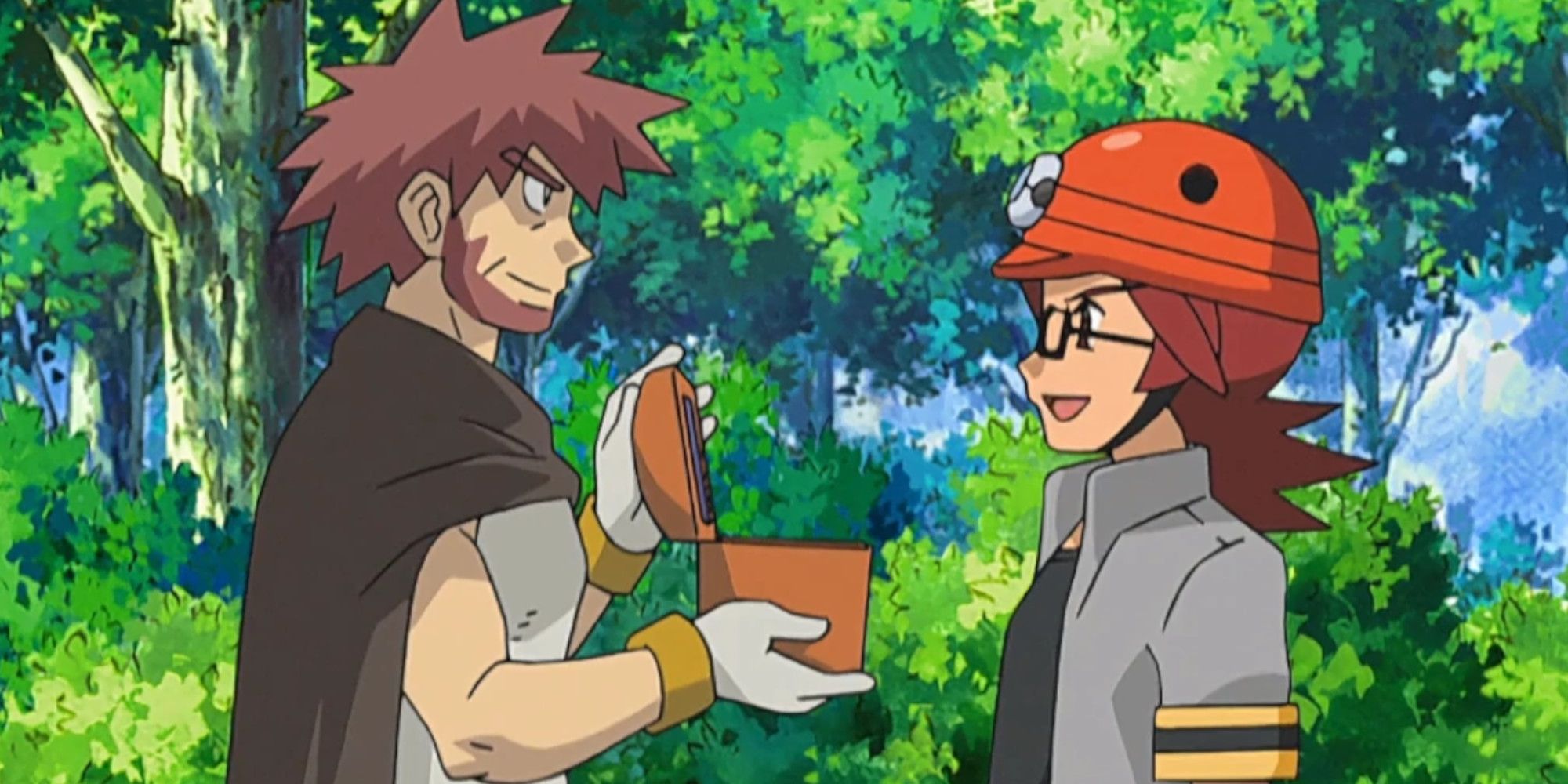 Finally there’s Grant, the Cyllage City gym leader who battles with an Onix and a Tyrunt. Grant is a jock who likes mountain climbing and bike racing, not exactly the kind of nerd that would spend his summers digging up fossils in the Glittering Cave. I’m not even entirely convinced he found his Tyrunt himself. Maybe the same scientist that gives us the Jaw Fossil gives one to Grant too.

I know there must be paleontologists out there. Someone invented the fossil machines. Someone funds the Pokemon Lab on Cinnabar Island and the Pewter Museum of Science. I want to know who discovered the first Pokemon Fossil. I want to know where the scientists are that have dedicated their lives to resurrecting ancient Pokemon. There can’t just be one ten-year-old in every region doing all of the dirty work. Scarlet & Violet need a genuine paleontologist gym leader, and they need to start answering these questions about the Pokemon world’s mysterious past.