You are here:
Home / Weird West: The Best Side Characters In The Game

Weird West: The Best Side Characters In The Game

Because Weird West is such an open game, you can kill people who even have ties to the main story, similar to the mechanics of Skyrim's NPCs. Most of these characters appear during the five episodes, acting as quest givers or travel companions, rarely appearing outside their respective episodes.

Then there are those like Heathen and the mysterious child appearing throughout the story, only giving you the slightest sliver of information of what to expect. These characters are what make the Weird West so strange in the first place, and we love them for it.

Note: There Will Be Spoilers For The Story Of Weird West To Follow 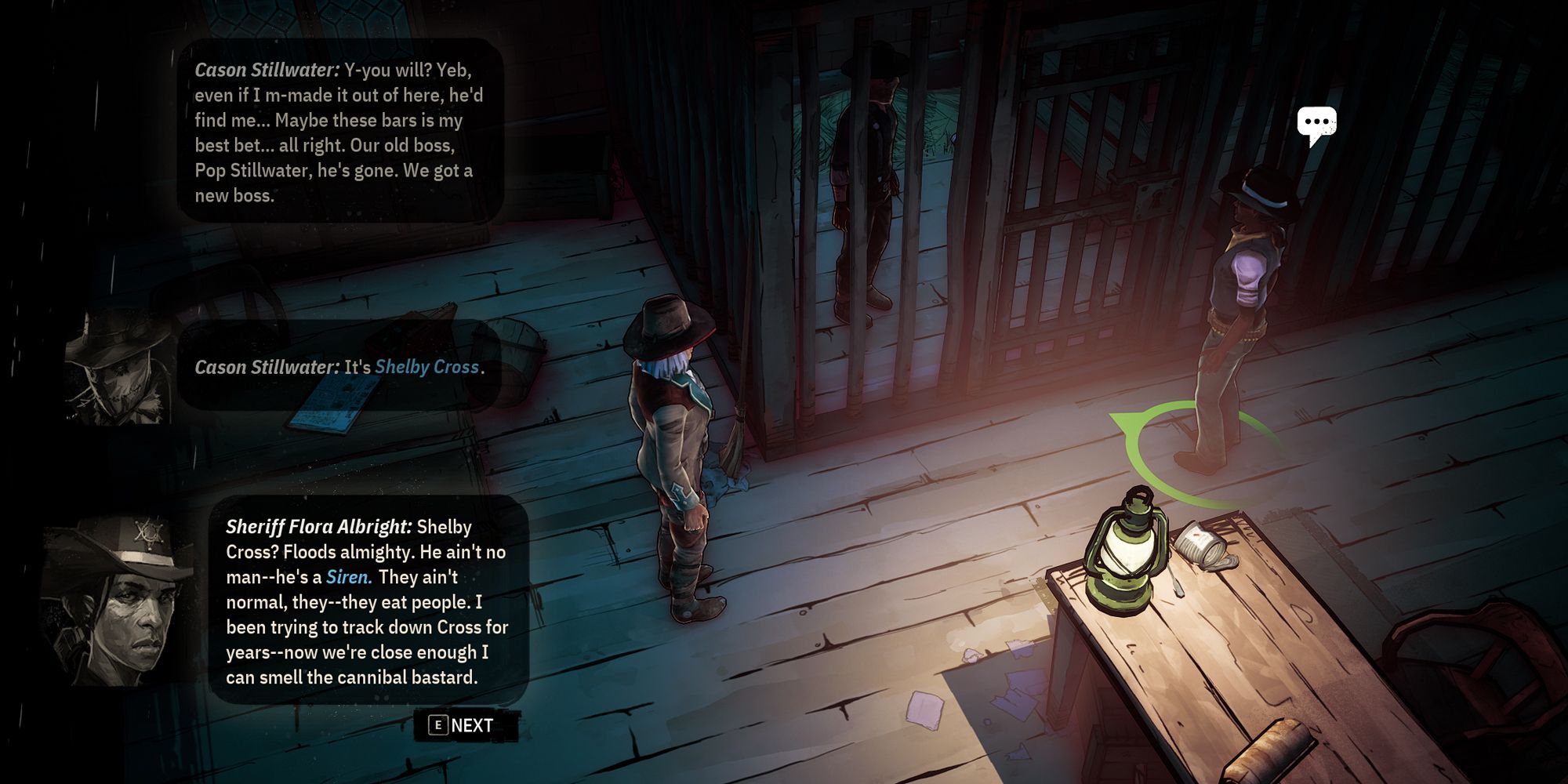 Sheriff Albright is the first person you really get to spend some time with in the game, with her being your first introduction into Jane Bell's life, the missions ahead, and how towns work in the Weird West. It's because of this that Albright makes such an impact from the offset. And this becomes even more apparent when the truth of Albright is revealed in a scene where Jane travels to her home only to find a Siren in place of Flora's human form.

You then have to decide at the end of Jane's campaign to reveal Flora's identity or keep it under wraps. She's an intriguing character from the beginning, but one that becomes especially so when all is unveiled. 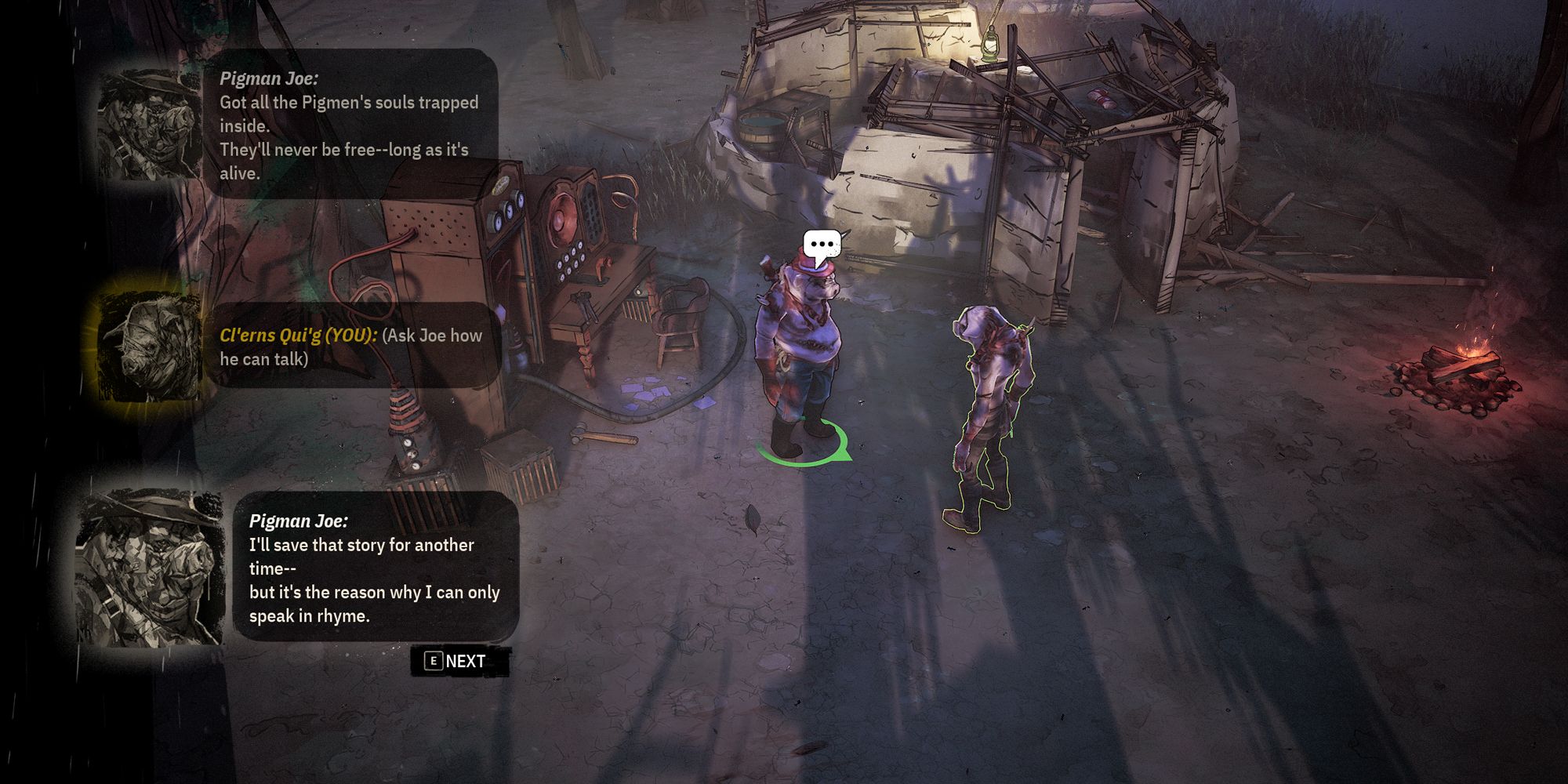 There's no one quite like Pigman Joe, who is an open and kind-hearted friend to the protagonist from the start, a striking difference from those who judge Cl'erns Qui'g. Joe is the type of friend everyone longs for, someone who has your back no matter what and who doesn't deal in debts. He's also someone who can join your posse once you complete his side quest.

Joe was tricked by a wraith who cursed him to have the ability to speak but only in rhymes. Don't worry, though, as you get the chance to help Joe solve all these troubles during The Bard's Bargain mission. 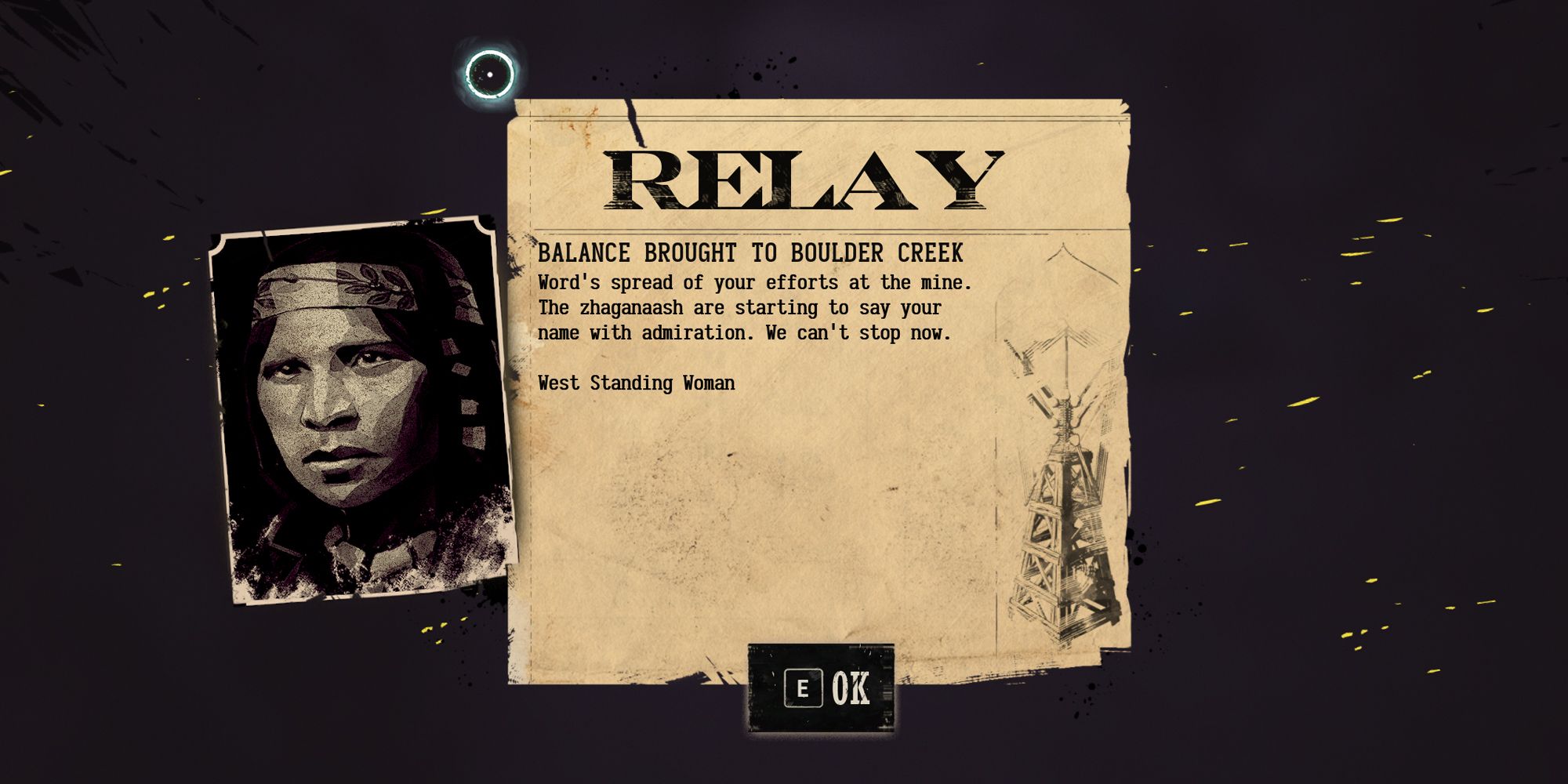 The Lost Fire Nation wants what is best for their people and protects those in their tribe, devoting their all to defeating the Wiindigoo. Across Rivers (the protagonist of the third episode) works with West Standing Woman to achieve this. The two eventually locate a house where Across Rivers must then enter the spirit world. 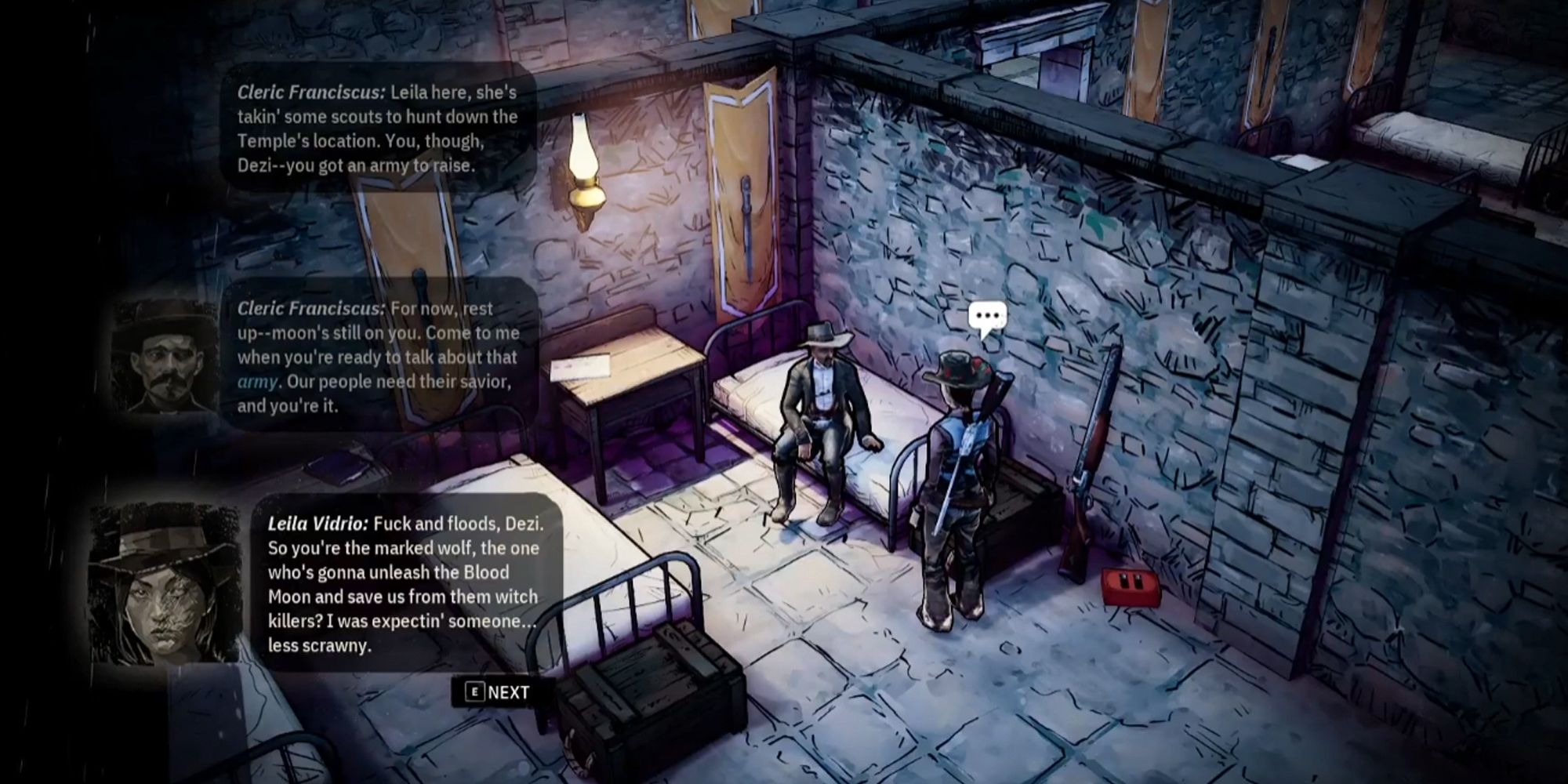 Whenever a werewolf pack is introduced in any form of media, there's always a family mentality that makes the people of the pack feel grounded and raw. The best example of this is the bond between Dezi and Leila, who work together in their episode. Like the Lost Fire Nation, Leila is someone who wants the best for her people and only wants to help protect them.

Though lycanthropy is seen as a blessing to them, it can also be something that makes life difficult. While in wolf form, members can be struck with something known as being moon drunk, where it becomes challenging to control their actions. After this happens to Leila, she has to learn to overcome this as Dezi tries to track her down through the Weird West. 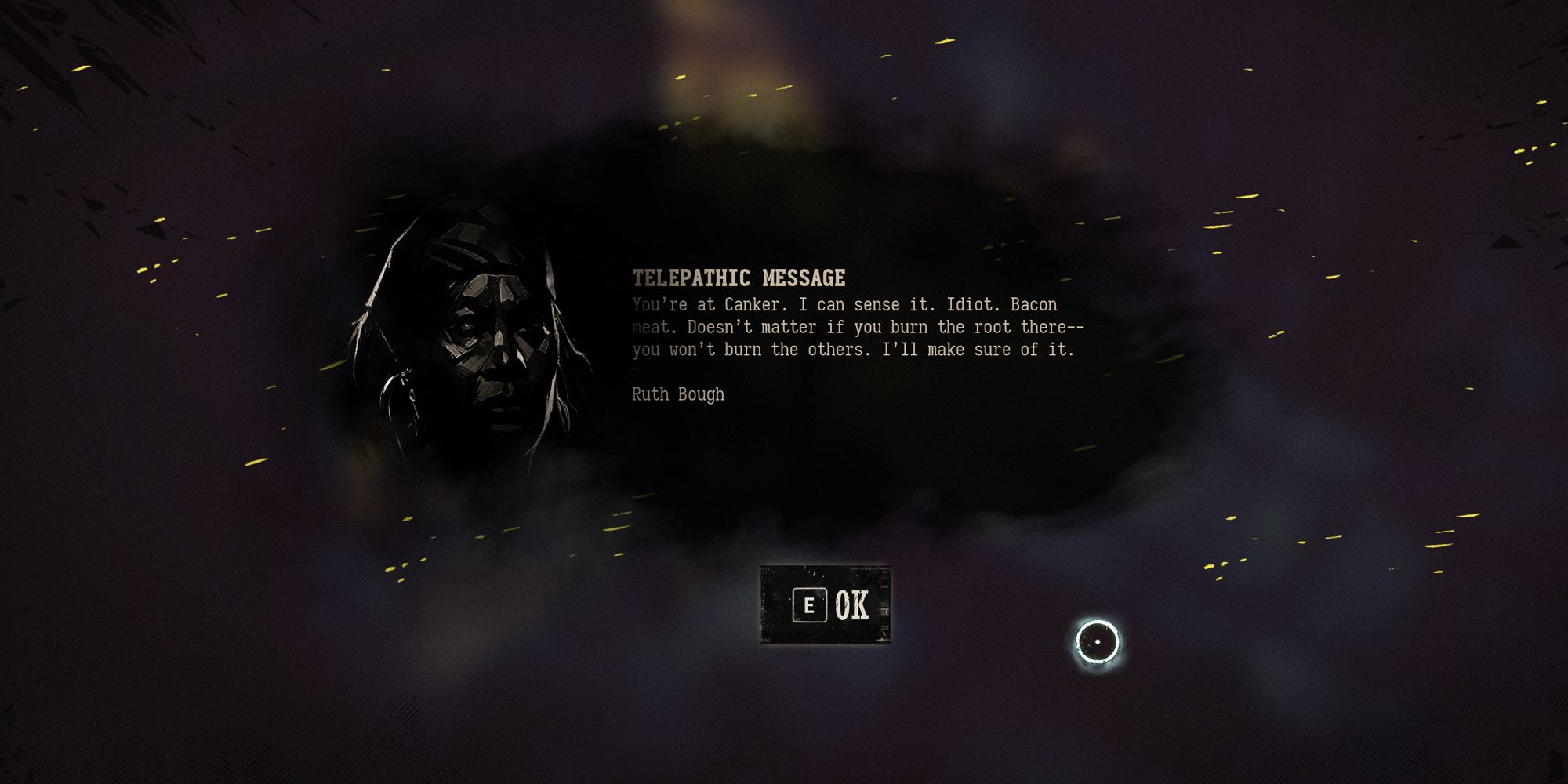 Unlike the other standout characters in Weird West, who have either a morally good or gray alignment, Ruth is someone who is impressive for the uniqueness of insults she spurts at Cl'erns Qui'g. Every relay Ruth transmits is a step up from the previous one, with her bringing down the player at every turn. She's the kind of character you love to hate and yet can't help but also feel bad for her.

As your mission for Cl'erns Qui'g's episode is to destroy the three tree roots, Ruth sends people towards you to try and prevent this. Of course, this doesn't work, and Cl'erns comes out on top, but it's still amusing to have someone this devoted to their cause. 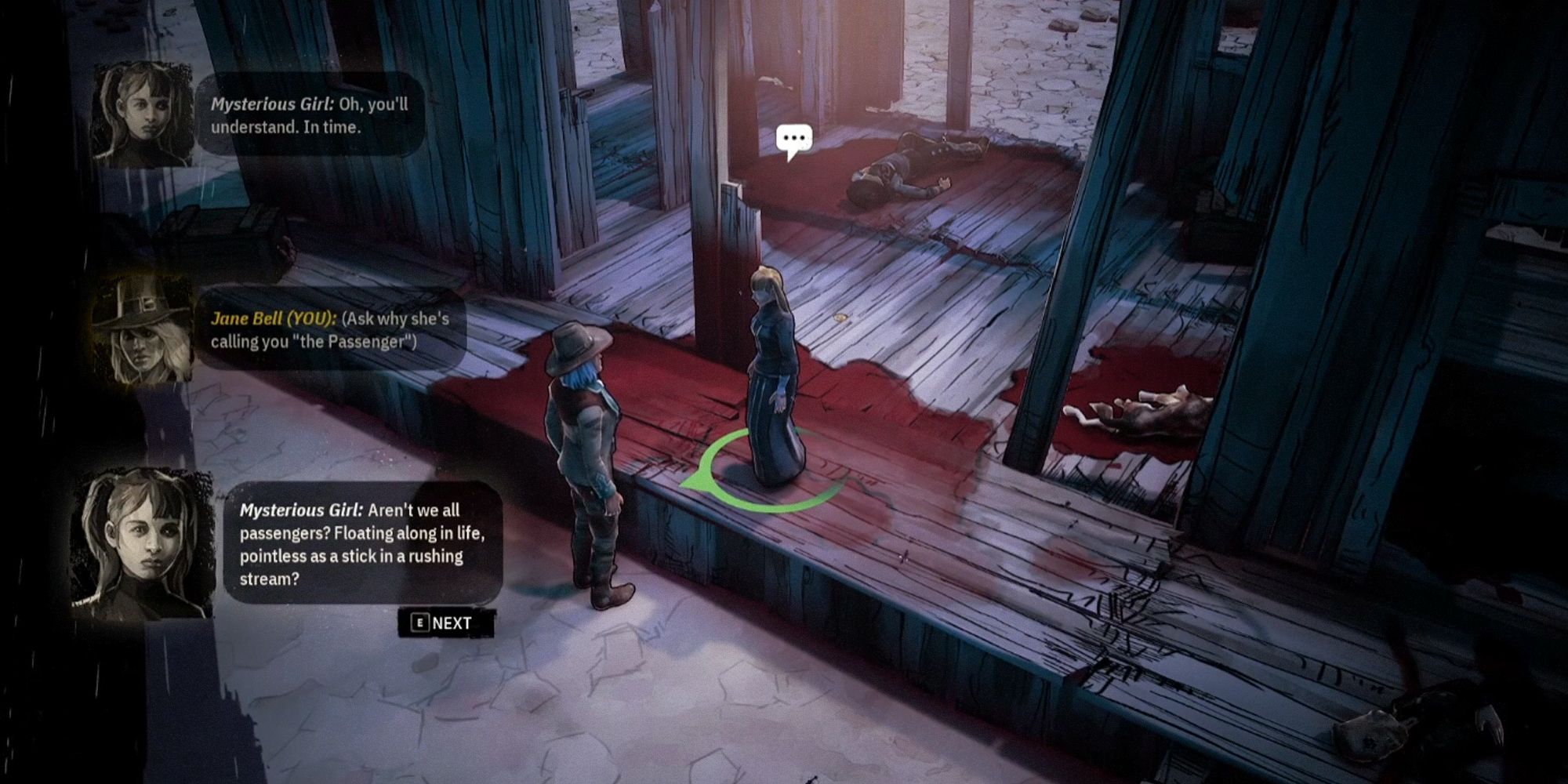 Why do little children in films or games always have to be so frightening? Similarly, why do they always end up being the most intimidating characters of the bunch? Both of these questions might cross your mind during your third, fifth, or first meeting with the Mysterious Girl, where she gives very little information about why she is there watching the player. Near the end of the game, the girl's name is revealed to be Anais which is unsurprisingly ominous as ever, as are her origins and her rather tragic backstory.

Even though the first few run-ins with Anais are creepy, it comes to be quite comforting as you know you're in the right place when Anais appears. 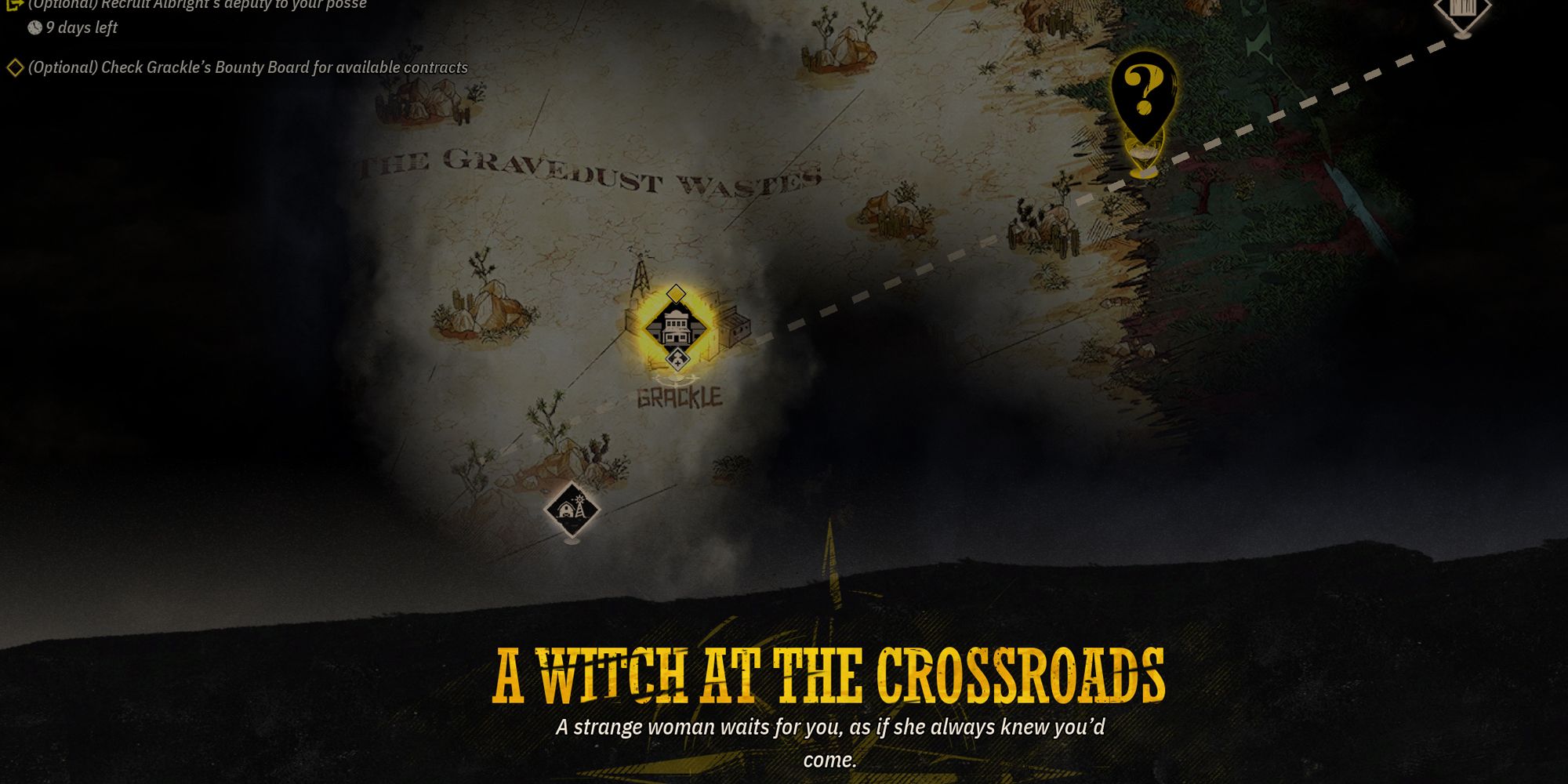 Everyone loves a solid witch character, their charming antics that make sense to no one but the character themselves. Influential witches in games are always people you know will have a high stake in the end game, but someone you know you have zero chance of taking down. This is why it's a good thing that Heathen stands on the sideline for the majority of the game, only playing a more prominent role in the final act.

Heathen appears primarily in random encounters that progress the connection of the five protagonists, with strange tasks like having to beat Heathen in a slapping contest. She's definitely someone we'd love to hang out with or even just share a small chit-chat with, as she's sure to have some grand tales from her past.