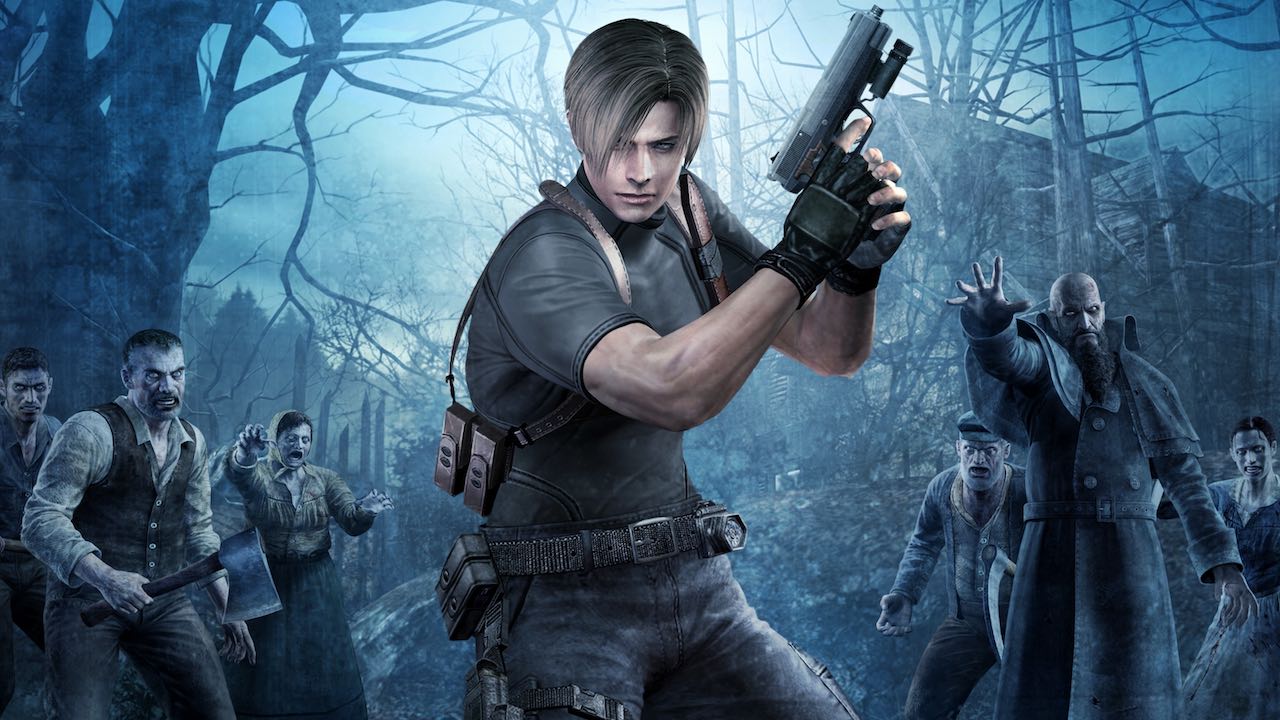 Readers discuss the video game opponents they most enjoy fighting, from Mario’s Goombas to the bosses of Metal Gear Solid.

The subject for this week’s Hot Topic was suggested by reader Paulie, who asked which bad guys do you most relish and is it because of the combat, their back story, or their visual design? Or is it perhaps because their artificial intelligence offers a good challenge?

We had lots of different answers but one of the most common was the enemies of Halo, which will be encouraging for Microsoft with the new game coming up.

Satisfying enemies
‘Where has everybody gone? Bingo?’ Yes, it’s those rascally Ganados from Resident Evil 4! I love these guys! Well, shooting them to bits, that is. It does help that Resident Evil 4 has what I still consider to be the best gun-based combat in any game – putting even dedicated shooters to shame.

But, as ever, that’s only half the story. Ninja Gaiden and Devil May Cry 5 had great combat systems but very patchy enemy designs. Again, just my opinion – put the lynch rope away. Some could be memorable, some great bosses, some very irksome enemies and just a lot of boring ones who may as well just have stayed in bed that day.

But in Resident Evil 4, just fighting those first villagers is amazing. Shooting them in the knees to force them to their knees, shooting weapons out of their hands, how a headshot could stun them long enough to get a roundhouse kick in – just amazing. And how the enemy kept raising the stakes too, with parasites popping out of their heads like the nastiest tapeworm anyone has ever had; which can then be disintegrated by flash grenades since they usually live in absolute darkness.

Before too long they’ll be coming at you with chainsaws, wooden tower shields that have to be broken (or you can shoot through the gap they need to look out of if you’re feeling particularly confident in your skills), metal helmets, environmental traps and Gatling guns. So cool. Such a masterpiece, such a brilliant combat system and such fun enemies to dunk on.

The recent remakes and even the first person games don’t quite have the balance right and turn many of the enemies into bullet sponges, which is not quite as satisfying.
DMR

And then there’s the hired goons of the Batman: Arkham games, terrified of the unseen presence picking them off one-by-one from the shadows. More games should let you do that. I can see Mario terrorising the Koopas from a high toadstool now.

I can’t say I’ve ever been a big fan of boss fights though. I just see them as a bit of a pain and a distraction really. I don’t mind there being a big boss but, particularly in story-focussed games where I’ve tried to preserve life through my choices over many hours, it seems incongruous to then have to slaughter someone.

Although, without spoiling it for anyone, the boss ‘fight’ at the end of Star Wars Jedi: Fallen Order was a wild ride of sheer panic and exhilaration.
FoximusPrime81 (gamertag/NN ID/Twitter)

Casual Rage
Streets Of Rage 4 has been my most replayed game of recent times and now, with new DLC, I boot it up most days to have a quick blast on the survival mode.

When I first played it though I was delighted to see updated versions of the classic adversaries, such as Big Ben, the large guy that runs at you breathing fire. But the design of one of the new bad guys surprised and pleased me too.

They go by the names Dylan, Kevin, and Francis and will saunter onto the screen, hands in pockets. Evasive when you approach, without warning they launch into a triple-hit flying kick, or worse, will casually deliver a headbutt if you wander too close.

It’s a great game that gets right the meditative pace of the original two – I hope they make another.

I also have a thing for enemies on tracks/a sled, such as Mutoid Man from Smash T.V. and the Doom Hunter.
P. Thomas Donnelly

Queen of War
By far my favourite enemy, in recent memory, was the queen of the Valkyries from God Of War. I did the game on hard mode from the off, as the previous games I found were quite easy. Apart from the initial encounters the game didn’t throw any stumbling blocks, until that final fight. I loved it, she was challenging, you had to be quick; I had a strategy that I stuck to which almost paid off several times until finally, a good hour or two later, I finally beat her.

It was a tremendous fight. Aside from her, my other favourite was Zio, the dark magician from Phantasy Star 4. I still remember the music today, and the fact he’d killed Alys in the previous encounter made the fight quite personal. It felt dramatic, it felt like an end of game boss, which made playing past it even better. Still one of my favourite role-playing games.
Liam

Gears Of Mario
My favourite enemy characters are from two very different games: Mario and Gears Of War. In Gears there is an enemy character the humans call Boomers and they are large characters that say ‘Boom!’ when they shoot their guns and another enemy character says Grind when they are using a chaingun I think, I have played Horde and the campaign co-op with a friend online on the various Gears game, and in person before COVID, a lot and we both do impressions of the various enemy characters saying ‘Boom!’ and ‘Grind!’

Off-hand I can’t remember the other catchphrases characters say, apart from some of the enemies say ‘Huumannn!’ too. I wasn’t keen on the robots in the newer games but any of the other enemies are quite good, I like it when one of the characters says ‘Tickers!’, which if you don’t know are like fast moving lemming creatures that home in on you with explosives attached to them.

I enjoy the various enemy types in Mario games, especially the 3D ones, and you know when you play a Mario game you are going to see the various regulars. I like the smaller enemy characters as well as playing against the big boss characters, especially like in Super Mario Galaxy 1 and 2.

GoldenEye 2.0
I used to love the enemies in Black on PlayStation 2, the way they were animated to react to bullet hits precisely, like an evolution of GoldenEye 007 animations.

Other than that, Tottenham Hotspur on PES, the most diabolical of enemies; when I played against them they never won.
Gastón

Soulful enemies
So, my two favourite types of enemies are in similar styles of game. The first enemy I love getting my hands on is any generic mob in New Game+ in a Soulsborne game… gone is the fear of the unknown, the shackles are finally released, and you can power through with all your old weapons and spells like some sort of all-seeing, all-knowing instrument of death while those poor mobs wonder why they are being decimated so quickly and so efficiently.

New Game+, for me, feels like my favourite slippers, you know exactly what you’re getting, king of your own domain. I actually find it strangely therapeutic once I hit New Game+ onwards now and probably one of the main reasons why I find the Souls series so replayable!

But my absolute favourite enemy comes from that new boss feeling, especially those humungous things that at first glance make you wonder how it’s even going to be possible to land a hit, never mind actually down the beast. The Soulsbornes, and more recently Returnal with their huge Lovecraftian style monsters, give you that edge of the seat, bottom clenching fear as their cut scene kicks in and you wait for the adrenaline to ramp up, and for you to subsequently get absolutely ruined before landing more than a blow.

The process of the slow but incremental improvements, where you manage to learn a few of the boss’ moves, try a better weapon or strategy or find a consumable that starts to tip the odds in your favour, all up to the glorious moment you finally manage to land the killing blow and you sit back tingling, basking in all those lovely brain chemicals as they flood your system and you know exactly why you put yourself through it in the first place.

It’s such an addictive rush, that I don’t think I get from other styles of games I play. Specific bosses that jump to mind have to be to Amygdala (Bloodborne), Gaping Dragon (Dark Souls 1) Duke Dear Freja (Dark Souls 2) or any of the bosses I’ve hit in Returnal so far – amazing.

Finally, special mention to Goombas, who doesn’t love jump-squishing one of those guys right? Mario is one lucky boy!
Wookie