You are here:
Home / We Need More Games Like Museum Of Mechanics Lockpicking

We Need More Games Like Museum Of Mechanics Lockpicking

Dim Bulb Games, the studio behind Where The Water Tastes Like Wine, put out a much smaller game than that text-heavy American odyssey about collecting stories earlier this year. Museum of Mechanics: Lockpicking is instead, as the name would suggest, about collecting mechanics.

The presentation is fairly simple. Set in a dimly lit museum, each of the three wings contain several examples of how games have represented the act of cracking a lock over the years. There’s the familiar Fallout and Skyrim-style approach where you inch a pick around the keyhole, searching for the point of maximum tension. But the game has a much wider variety of takes.

King's Heir: Rise to the Throne presents you with five plates, each with one or more bars extending out. To crack the lock, you need to find the bars that only pass under other bars. If it passes over another bar at any point, it can't be retracted. There's Anachronox, which presents a gun-like device with two parallel tines protruding to the right, into a mechanism with three metal bars. The bars can only be bypassed by guessing the right number, from one to ten. A meter on the side moves up or down to show how close or far you are from the solution. Then there's my personal favorite, Testament of Sherlock Holmes, which asks you to bend a segmented piece of metal so that its shape matches the interior chambers of the lock. 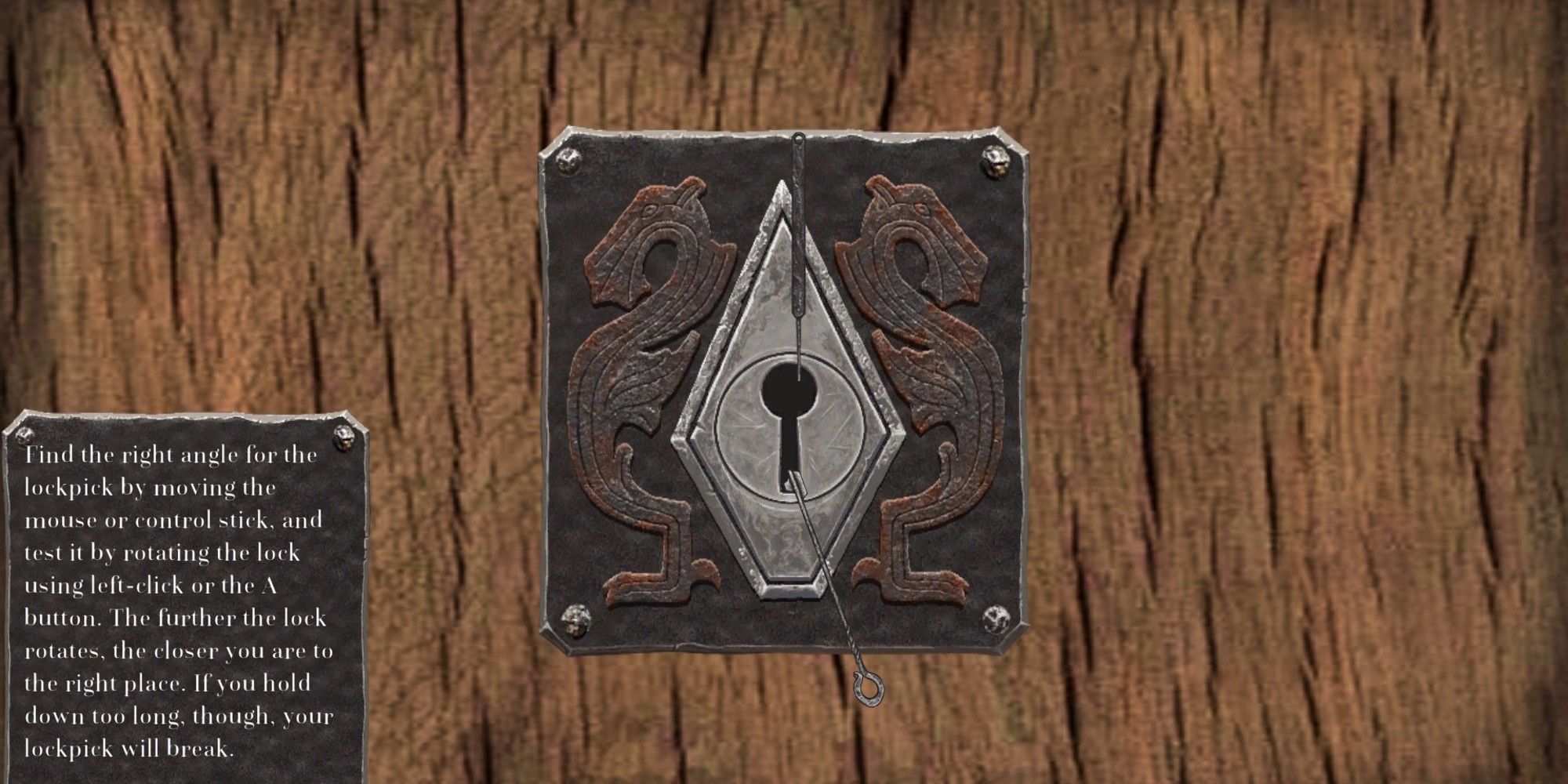 On a long enough timeline, I might have gotten around to these games eventually. But, it seems unlikely that I would ever play all of them and, even if I did, it's unlikely I would get far enough to see each game's approach to lockpicking. Museum of Mechanics: Lockpicking is remarkable for that reason. It in no way feels like something that was created to be commercial. It retails for $9.99 on Steam, but this message on the Steam page from developer Johnnemann Nordhagen provides a much better explanation for why it exists.

"As a game designer, you often find yourself doing research on how other games do things – it's a good way to get ideas, see what works and what doesn't, and build an understanding of the space you're solving problems in," Nordhagen writes. "Usually this research involves buying a lot of games and playing until you get to the part you want to see, if you can remember the games that have it!"

Nordhagen explains that Museum of Mechanics: Lockpicking was his solution: a helpful resource for developers and curious players who want to know how the medium they love has evolved over the years, with the relevant information helpfully isolated. The video game industry is remarkably bad at preserving its history. Nintendo, despite having already done the work to get Virtual Console working on the Wii and Wii U, opted out of allowing players to buy classic games à la carte with the Switch. Instead, if you want ready access to The Legend of Zelda: Ocarina of Time on the console, you need to shell out for a yearly subscription (and it's gotta be the premium subscription if you want access to N64 games, too). With the current calculus, companies see it as more worthwhile to keep their game unavailable because there is a chance they might make more money later than it is to make it available for the certainty of money now.

Nintendo and Sony are only interested in selling their old games to you if they can sell them as part of a subscription. Xbox is significantly better about this, and the PC, with endless emulation and a variety of storefronts, is best. But, with Museum of Mechanics: Lockpicking, an indie developer has devoted their time and resources to making something that exclusively exists to teach. Regardless of where you play, that's worth celebrating.