You are here:
Home / We Have To Talk About The Doja Cat Needle Drop In Elvis

Ever since I saw the Elvis movie at the weekend, I've been listening to old Elvis Presley tunes. Turns out the highest selling recording artist of all time is quite good. It's a major spectacle, as you might expect from a Baz Luhrmann flick, and every inch worthy of The King. Austin Butler delivers under the weight of pressure a man like Presley brings too. He feels like the early front runner for Best Actor, although Oscar bait season is yet to start and my pick for this year remains Everything Everywhere All At Once's Ke Huy Quan. It focuses on visuals over storytelling at times, though tells a largely accurate story, even if it skirts around the age difference between 14 year old Priscilla and 24 year old Elvis when they first met and fell in love. There is one moment in particular I want to focus on though, and that's the Doja Cat needle drop.

There are a few magnificent moments across the movie. Butler's performance of Trouble with some of the most extreme hip thrusts known to man, wild enough to literally start a riot, comes to mind. The framing of the comeback special while Elvis belts out If I Can Dream with the iconic red ELVIS lettering behind him is another. Elvis sitting on the worn out Hollywood sign, the Golden Era now rusted and decaying as it overlooks a city that no longer loves it – it's a big Baz visual metaphor, baby! – is every bit as grand as I expect Luhrmann first imagined it as he sketched it loosely on a storyboard and smiled to himself. But it's the flavour of modern music dropped into the world that I left the theatre thinking about.

This is nothing new for Baz Luhrmann. In his previous movie, the similarly spectacular The Great Gatsby, Jay-Z and Lana del Rey both worked on the soundtrack, and remixes of both their songs feature sporadically, as does an original song from del Rey. It received equal amounts of love, hate, and confusion there, but I think it earns its place a little more in Elvis. A month or so before the movie came out, we knew there would be modern artists involved on the soundtrack – I was particularly looking forward to Kacey Musgraves covering Can't Help Falling In Love, which is diegetic in the movie, crackling off the record player in Priscilla's room as she and Elvis talk. That's a surprisingly low-key use of music by Luhrmann, but by that point he's already had his fun with Doja Cat. 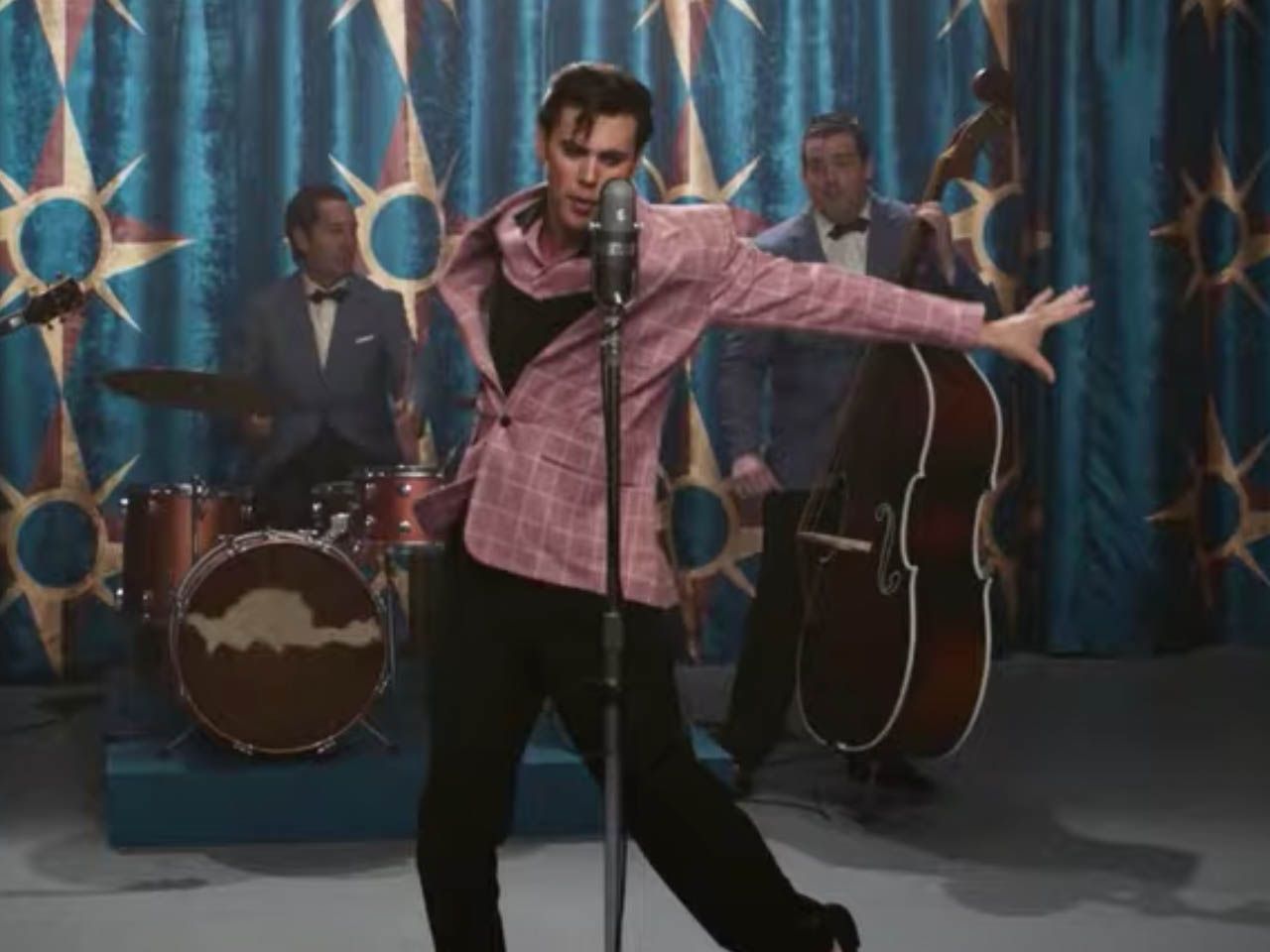 The movie is more about Elvis' career than it is his life, picking up after his recording of O Mama. It isn't shy about the fact Elvis' inspirations throughout his life, and especially his early career, came from Black musicians. He spends most of the first act on Beale Street, and has long conversations with B.B. King, as well as watching Little Richard perform Tutti Frutti while he's still an unknown nobody. We see him as a young boy – the only scene of him as a young boy, in fact – sneaking between gospel music tents and spying on blues bars through cracks in the rust. Elvis was raised around Black influences, and as the film explicitly states, got his breakthrough because he was "a white boy that sings like a negro."

Elvis acknowledges this criticism of its star, which has only become louder over the years. As Eminem (also on the soundtrack, in a clear reference to this idea) was accused of decades later, Elvis was a white boy who 'stole' from Black culture and got rich, while Black people got nothing. Having Elvis walk through Beale Street, underlining how important Black art was to the man, while a Black musician plays a remix of Hound Dog – originally recorded by a Black artist, popularised by Elvis Presley – is about as close as an Elvis biopic is going to come to an apology for uplifting the white man who became a legend off the backs of starving Black talent. It's not just a modern needle drop as in Gatsby, to inject the movie with a freshness for current-day audiences, but a clear acknowledgement of the people who made Elvis. Doja Cat as the soundtrack to Beale Street in the 1950s is jarring at first, but it's a clever musical cue that says a lot about Elvis the man, and Elvis the King.