You are here:
Home / Wavetale: 6 Relatable Things Every Player Does

Wavetale: 6 Relatable Things Every Player Does

Most players didn't think that the story of Wavetale is going to be as emotional as it is when they started playing. Developed and published by Thunderful Development and Publishing, this game promises a platformer experience along with the main quest that is very detailed and immersive.

Apart from the main story, you'll also meet a bunch of people and some of them might give you a small side quest. The game also features a unique way of allowing players to surf in the gloom-filled water and it takes you on a journey to save the town of Strandville from the gloom. 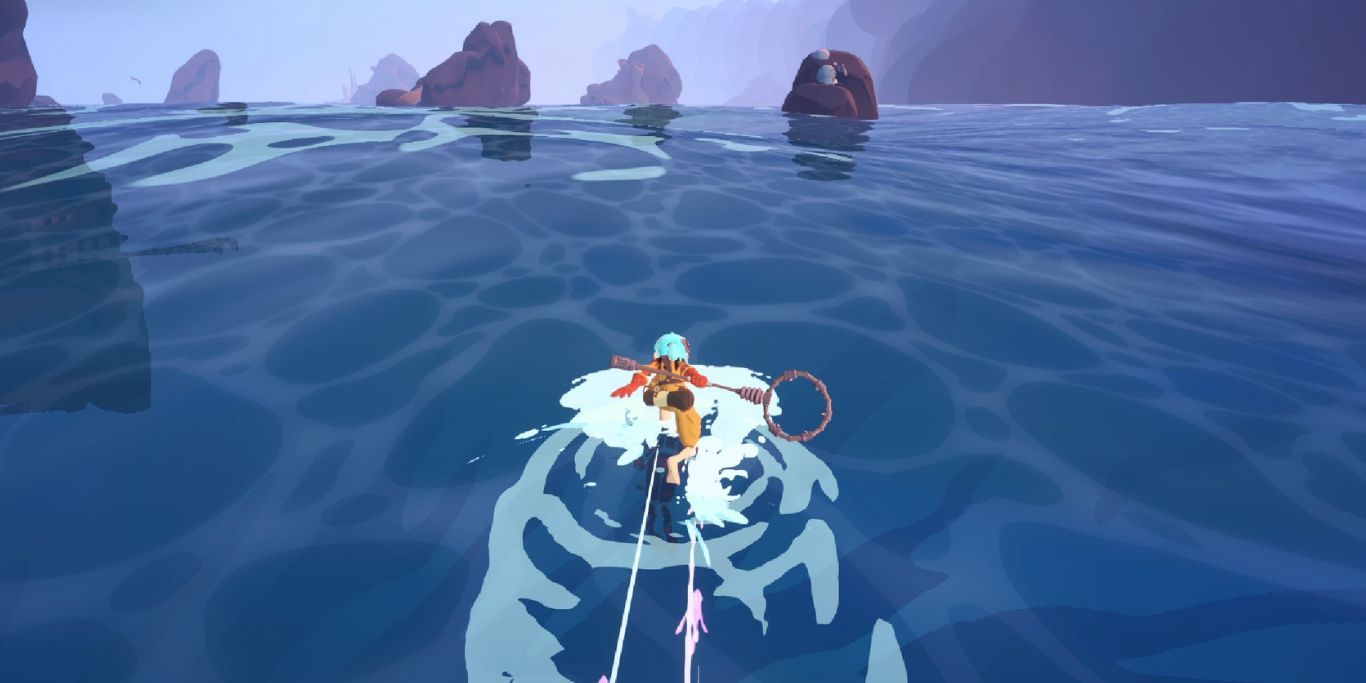 Traveling from one area to another is a big part of Wavetale and it takes quite a lot of time. During the main quests, you'll spend time going to The Plaza, Sleepy Triplets, Candle Hill, and a few other regions. While you're on the way, there are a bunch of small islands and rock structures in the way that are quite hard to miss.

From the very start, you'll know that different journals are hidden throughout the map and they are the main collectible of this game. With this knowledge, every player is tempted to check every single random island in hopes to find one of these journals. While there are hardly any journals hidden on a random island by the developers, it does make exploration a little more fun.

You can also find these random islands in some of the main areas, especially when you're doing the Pirate Power quest. There are a bunch of small structures with three to four houses on them, and most players can't help but check all of them.

5/6 Trying To Get Hints For Side Quests 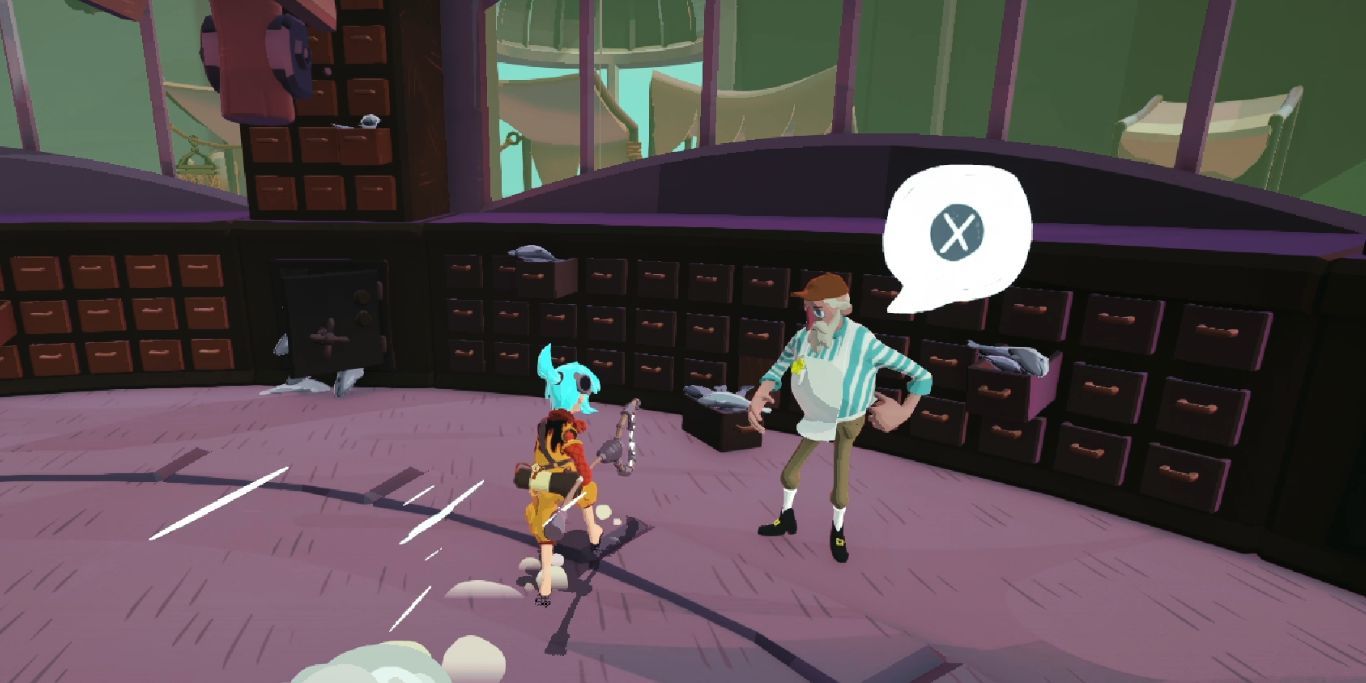 It's no surprise that most of the side quests in Wavetale are quite simple and straightforward because they ask you to get items that are on the path that you have to follow for the main quest anyway. Apart from a few exceptions, you don't really have to distract yourself with a certain side quest.

Although, it can get troublesome if you miss the item the first time you pass through it. This can lead to players searching for the item all over the place without any success. In the end, it's fair to try and talk to the NPC who gave you the quest to get some general hint for the item's location, but there is no such thing in this game.

If you talk to the NPC while they're waiting for you to return the item or find the required person, they'll simply ask you if you've finished the quest yet.

4/6 Going Everywhere Except The Main Objective 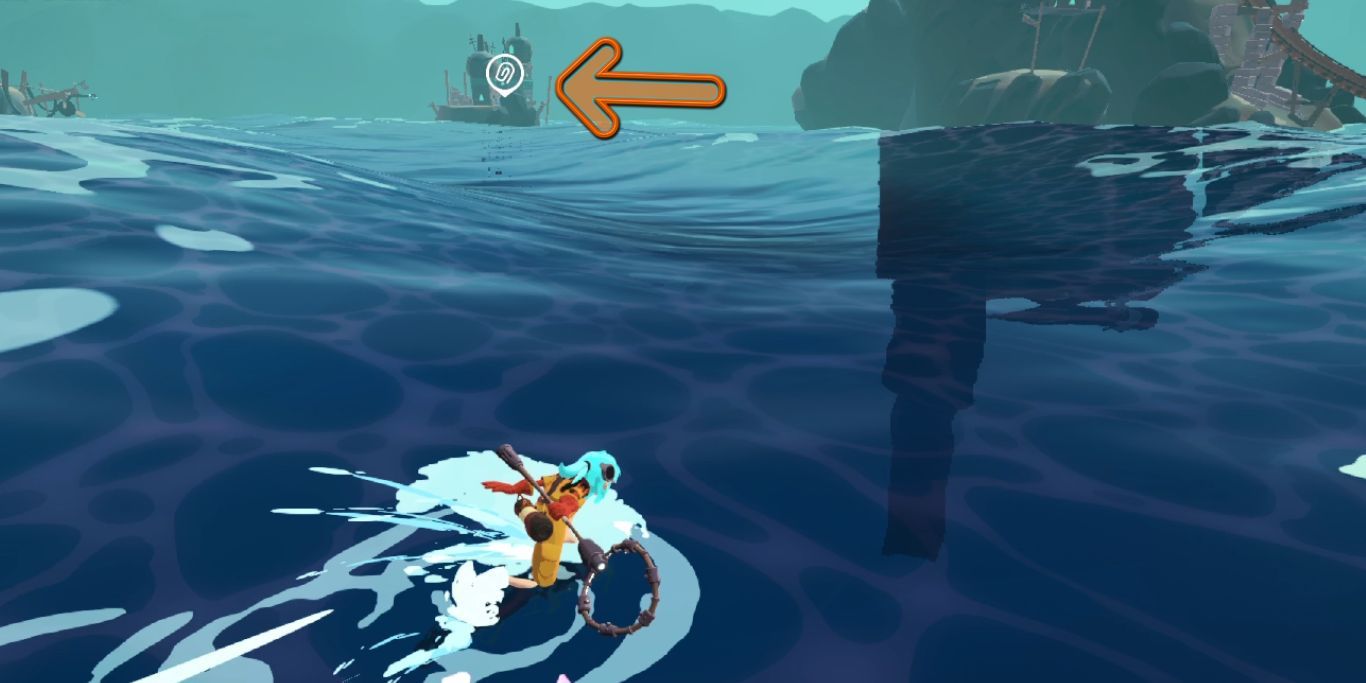 If there are three islands in the front and two of them have a checkpoint for the main quest, most players will likely go to the third one. People who have played multiple story-based games before have realized that there are some things that you can only get at a certain point in the game.

Although, Wavetale isn't one of those games because it leaves you in an open world after you finish the main story, and you can go back to any area you want and explore it again. 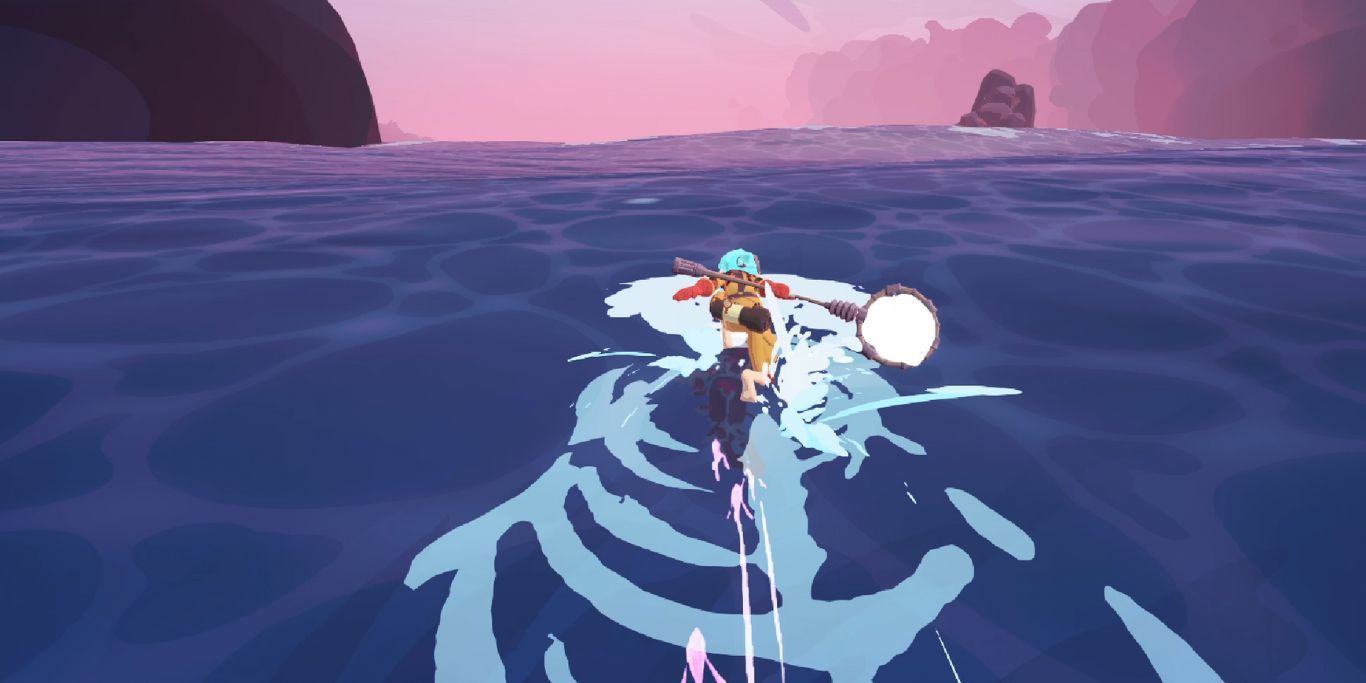 Different controls in Wavetale allow you to perform many cool landings in the water or on any of the surfaces. You can double jump, hover, dash, and even dive underwater for a few seconds. All of this comes together to allow fluid movement for players and makes their experience a lot better.

This truly shines out when you're fighting a group of striders since you can dive underwater after defeating one of them and quickly get to the next one. On the other hand, if the second strider is close enough, you can simply hover over there and attack it. There are also many platforms in the game where you have to combine these mechanics.

For example, the puzzle where you have to turn on three generators for Rufus makes you use the double jump > dash > hover combination to get to the switches on the structures.

2/6 Disliking Mayor Klout For His Actions 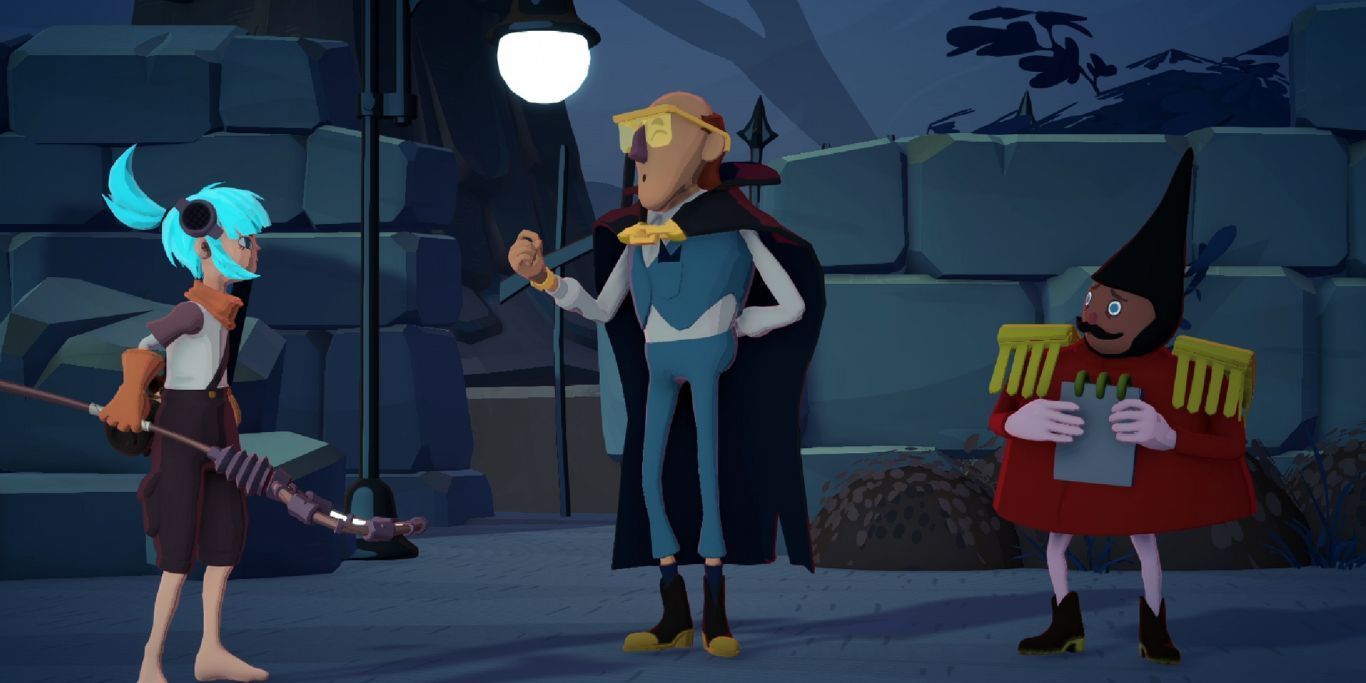 The story is the biggest reason for player retention in Wavetale and there are a few things that every player has felt about certain characters. After getting the sparkcaster in The Plaza, Sigrid and grandma head over to a new area to find Mayor Klout covered in gloom. As soon as you free him, Klout starts giving off a negative vibe.

In the end, he fires the shot on the spaceship even though it could possibly harm Sigrid in the process. Thankfully, Doris asks Little Cassius to tie him up afterward so that he cannot make things any worse.

1/6 Getting Emotional At Rufus' and Iris' Backstory 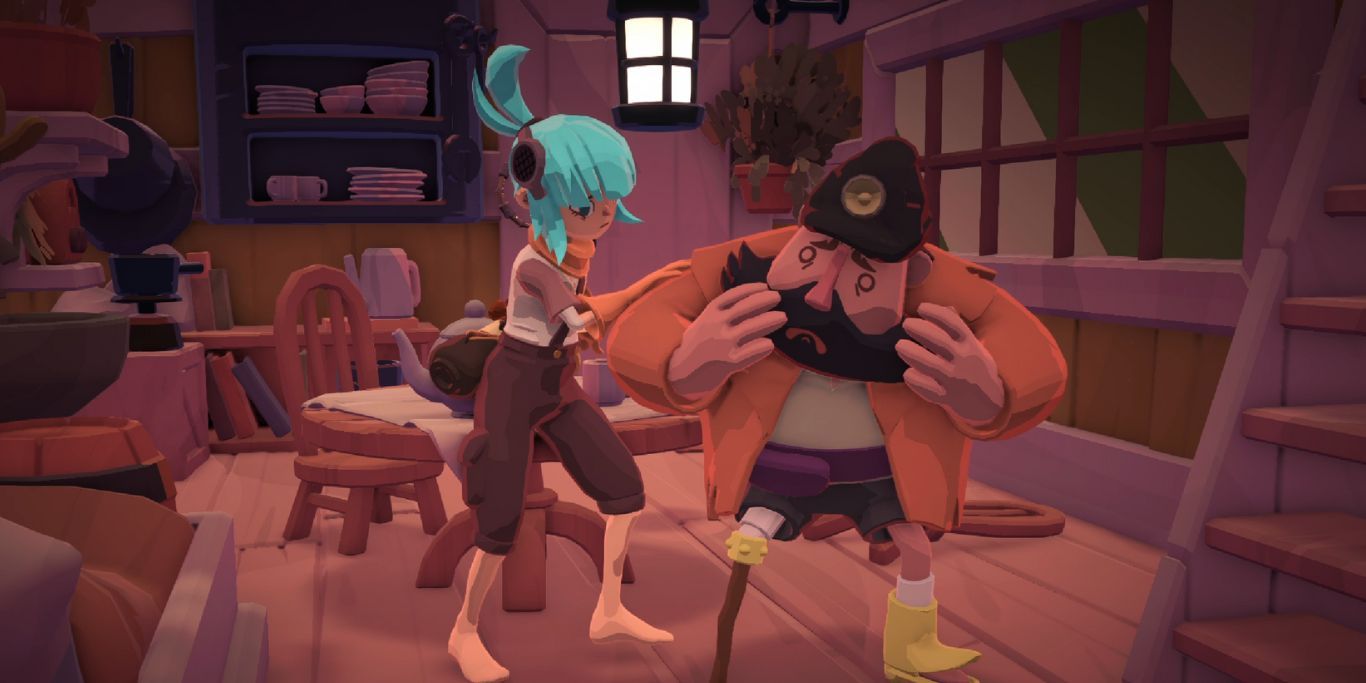 As you fix the third generator for Rufus in the Nervous Wreck main quest, you'll see the spaceship keeping the gloom away from you and realize that they're not the bad guys. Sigrid will run to Rufus and explain all of this to him, and he will narrate a backstory about his role in the current state of gloom.

He'll reveal that he was asked to place a certain item inside The Dandelion that led to the explosion, and that he went back there with Iris, Sigrid's mother. He had lost his leg in an attempt to save Iris, but his trauma became worse as he watched her get consumed by The Dandelion. After hearing all of this, Sigrid gives a tight hug to Rufus and calms him down.