You are here:
Home / Watch Dogs: Legion Is Getting 60FPS Update For Next-Gen Consoles

Watch Dogs: Legion Is Getting 60FPS Update For Next-Gen Consoles

During the AMA, Thillainathan confirmed that Ubisoft is currently working on the 60FPS next-gen console update and that they’ll announce the official release date for this update in the future. Reddit user “WatchDogsInfo,” asked, “Is there any update on a performance mode which targets 60fps on next-generation consoles?” to which Thillainathan replied, “60fps for next-gen consoles is in development and we’ll announce the exact release dates with our future TUs.”

As for the New Game+ mode the game, Thillainathan stated that they’ll reveal “more details about this in our future TUs and Patch notes.” In March 2021, Ubisoft revealed the roadmap for WD: Legion, featuring lots of free and season pass content planned up until August 2021. 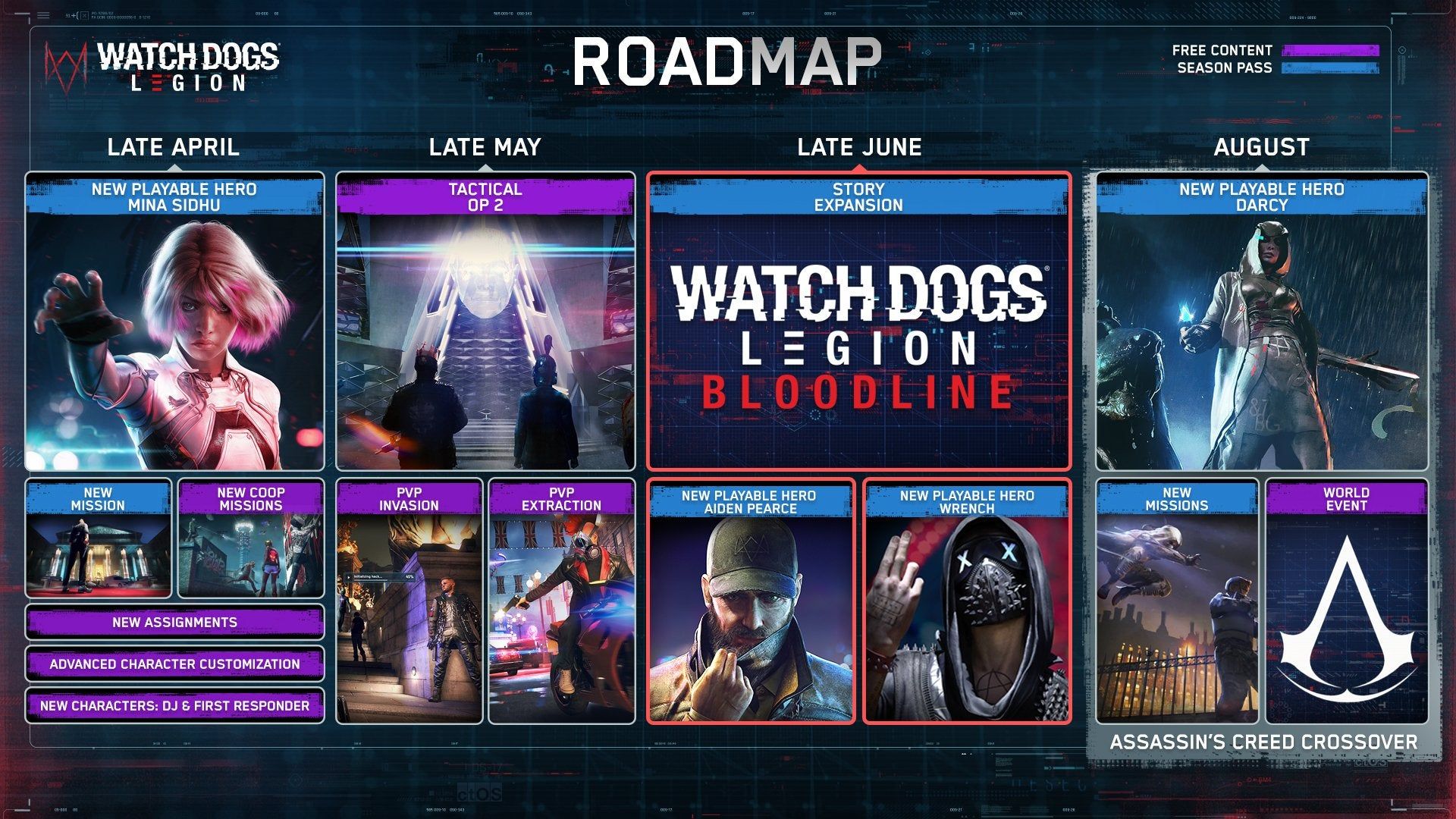 According to the roadmap, season pass holders in WD: Legion will get a new hero this month – Mina Sidhu –  along with a new mission. Non-season pass owners will also get new assignments, new co-op missions, advanced character customizations, and much more.

In May 2021, Tactical Op 2, PvP Invasion, and PvP Extraction will be available completely free for all WD: Legion players.

Watch Dogs: Legion will get a brand-new story expansion in June 2021 called Bloodline, which will add two heroes – Aiden Pearce from Watch Dogs 1, and Wrench. Apart from that, there will be an Assassin’s Creed and WD: Legion cross-over event happening later this year in August, as confirmed in the roadmap.