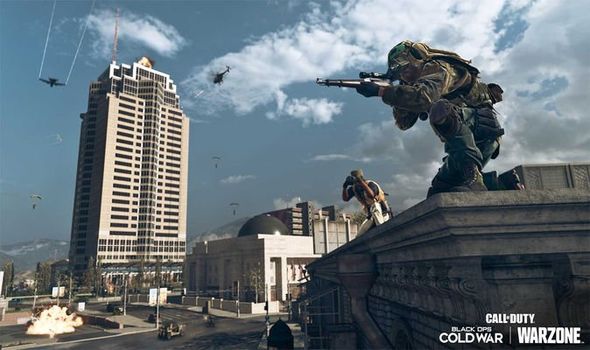 Gamers have been invited to watch the first Warzone World Series unfold via the Twitch Rivals channel, starting on June 23.

Wednesday will see teams of famous COD gamers go head-to-head as part of a prize-winning tournament.

The good news is that we already know who will be leading these teams, with the Warzone World Series Captains list featuring the following players:

TimTheTatman – Streamer and leader of the Tatman Army

Aydan – The Warzone player with the most prize winnings in the world to date.

It should be noted that Aydan will enter the event with 100 Thieves duo Rhys “Rated” Price and elite Operator and community tournament organizer HusKerrs.

The World Series Captains will be battling it out over a chosen format to grab a slice of the $200,000 prize pool, which will be available to the top-performing trios.

An additional $100,000 will also be split through Captain Team placements in the Captain’s Cup.

A message from Activision adds: “They will enter this weekend with their own trio and draft out the rest of their Captain’s Team on June 22.

“Who will be picked first is anyone’s guess: from current Call of Duty League pro players, including the incredible T2P duo on Damon “Karma” Barlow’s squad, to other top Warzone competitors and even a professional football player, it’s a stacked draft like never before seen in Warzone.

“Although the draft will set expectations for all 50 trios, they’ll still have to prove themselves across all six games in Verdansk. Will Aydan and his trio trounce not only the other Captain squads but also the rest of the field?

“How will the current Call of Duty League pros fare against some of the best Warzone streamers in North America? And when the dust settles this week, who will step up for Europe at the next event later this summer?”

The full Warzone World Series Team List will be revealed today and it won’t be long before the full competition kicks off.

According to Activision, the Call of Duty Warzone World Series Start Time has been set for 10pm BST on Wednesday, June 23.

For gamers in North America, the Warzone World Series will be kicking off at the earlier time of 2pm PDT.

The tournament has an official end time of 4am BST on Thursday, June 24, so expect plenty of game time to be shown.

Gamers will want to tune into the Twitch Rivals channel to catch all the latest action, although more is being planned.

The World Series of Warzone (WSOW) will be a 4-part series, with two events in NA and two events in EU over approximately a 6-month period.

So even if you miss what happens this week, there should be plenty more action to catch in 2021.

The rules for the Warzone World Series are as follows: Chosen game mode will be Battle Royale Trios (private lobby) with six games played.

Scoring Format – Teams earn points during each game based on placement and kills. Teams are ultimately ranked based on their cumulative score. There will be one Point per Kill during the World Series.