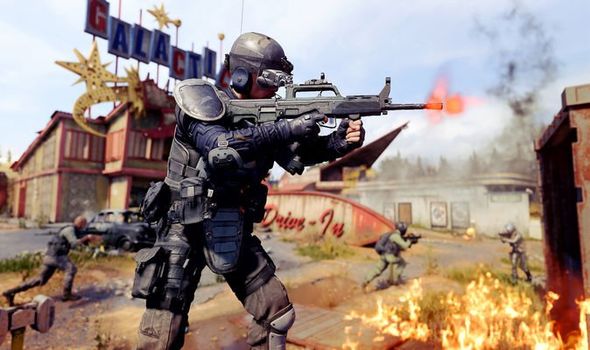 The Call of Duty mid-season update will be available on PS5, PS4, Xbox Series X/S, Xbox One and PC.

The Season 5 Reloaded content has a September 9 release date, and a 5am BST launch time for fans living in the UK.

There’s good news for Cold War fans, who can download and install the update ahead of launch.

Call of Duty fans are encouraged to download the update early, to avoid missing out on the action.

Sadly, the same can’t be said for Warzone fans, who will have to wait until the start of the season to download and install the new update.

Full patch notes and bug fixes will be revealed soon, although Activision has already detailed all of the new content coming with Season 5 Reloaded.

Warzone fans will also be able to check out new game modes, as well as new items and skins.

“In Multiplayer, we’re delivering the Zoo 6v6 map and Demolition mode on Day One, plus new MP event challenges later in the season,” Activision explains.

“You’ll also be able to spend your hard-earned Prestige Keys on the new ‘Hidden Terror’ Sniper Weapon Blueprint at the Prestige Shop, as well as additional Animated Calling Cards from previous Call of Duty games to show off in-game.”

Fans of Zombies will also be catered for, as Activision adds the Rampage Inducer to the round-based maps.

Outbreak, meanwhile, introduces the Armada Region and Black Chest World Event, as well as new narrative Intel to set the stage for the finale of Black Ops Cold War Zombies.

Then there are the new item shop bundles, which include comic book hero Judge Dredd.

While it doesn’t go live alongside the rest of the new content, the mid-season update will lay the foundations for the upcoming Numbers event.

With a September 21 release date, the Numbers event will be available in both Black Ops Cold War and Warzone.

Fans will be able to complete two new sets of challenges across both games, complete with 19 brand new rewards to unlock.

This includes the dual-wield Sai, which is available when players complete a full set of challenges in either game.

“The hardcore Survival limited-time mode will also come to Outbreak during the event, where there’s no mini-map or overhead map to rely on, and you’ll have to scavenge for food to regain health,” Activision adds.