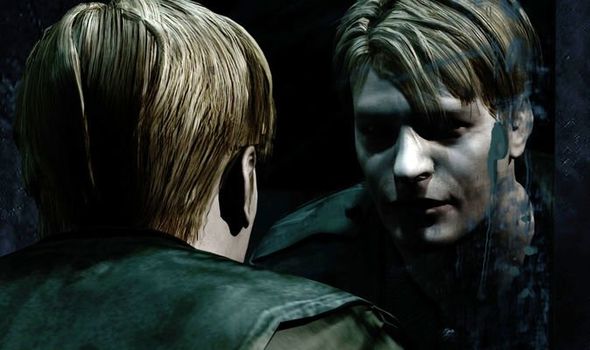 While Reedus may be gearing up for the final season of The Walking Dead – which begins airing next month – the Daryl Dixon actor may be involved in another project. Reedus, who previously was involved in Hideo Kojima’s defunct Silent Hills reboot, recently took to Instagram to share a short teaser video that caught the attention of Silent Hill fans. The video showed Reedus in a skeleton jumpsuit alongside a person in a rabbit costume with strobing lights flashing on screen.

The reason this video is significant to Silent Hill fans is the rabbit costume looks just like Robbie the Rabbit.

Robbie the Rabbit made his debut in Silent Hill 3, and is the terrifying mascot of Lakeside Amusement Park.

While Robbie was clearly shown in a blink and you’ll miss it scene, it was enough to catch the attention of Silent Hill fans.

While another posted: “This is Silent Hill man”.

And another said: “Just send me a vid, blink once for yes two times for no”.

The Instagram video was highlighted in a post on Reddit as well, with users of the ‘front page of the internet’ left thinking it could be a teaser for a new Silent Hill game.

One Redditor wrote: “A strange coincidence considering all the rumors.”

While another posted: “The torment that Silent Hill fans have to endure is truly agonising”.

And one added: “At this point, either they are really making a SH game or they are purposefully trolling us”.

The Silent Hill series is one of the most iconic survival horror franchises of all time, and fans have long been calling for a return.

The PT demo released in 2014 for the PS4 gave a glimpse of what the future of Silent Hill could have looked like.

PT was a teaser for Hideo Kojima’s Silent Hills reboot, which Reedus was involved in, but that game was canned when Kojima and Konami parted ways.

However, rumours have been rumbling for some time now that Silent Hill is gearing up for a comeback – with claims two Silent Hill games are in the works, one at Bloober Team and another at a Japanese developer, according to VGC.

Could that studio be Kojima Productions? If so Reedus’s involvement would make sense given The Walking Dead actor’s past history with Kojima and the Silent Hills project.

If the next Kojima game is a Silent Hill game it remains to be seen what format it will launch on.

It had previously been rumoured that a PS5 exclusive Silent Hill game was in the works.

But latest rumours have claimed Kojima’s next game will be heading to Xbox and Xbox Game Pass.