You are here:
Home / Vampire: The Masquerade – Bloodlines’ Creepiest Quest Feels Like The Ancestor Of Modern Horror Games

Vampire: The Masquerade – Bloodlines has spawned its share of spin-offs and one long-awaited sequel. But the game's most significant descendant might be the first-person indie horror games that dominated the genre, and spawned countless scream-soundtracked YouTube Let's Plays, in the 2010s. Specifically, many of the tricks that combat-less horror games like Layers of Fear and Amnesia: The Dark Descent use to scare players are present, years earlier, in the VTMB quest "The Ghost Haunts At Midnight."

The quest begins when, at the request of The Asylum nightclub owner Therese Voerman, your vampire heads to the Ocean House Hotel to retrieve an object belonging to the ghost that haunts the hotel. In the level that follows, much of the playbook of modern horror is on display. When you arrive, your weapons are rendered useless by the area's lack of conventional enemies. The chandelier hanging above the lobby shakes as you approach and, eventually, drops to the floor and shatters. Lamp lights burst if you get too close. A childlike apparition appears and runs into one of the rooms. All the while, an oppressive wind blows outside the hotel's decrepit walls and thunderclaps signal that a deadly storm is nearby.

As in 2010's Amnesia: The Dark Descent, navigating the Ocean House Hotel is an exercise in finding the right objects and keys to progress further. In a move that walking simulators would also employ, the Ocean House Hotel is littered with documents that you can pick up and read for flavor and background — like a yellowed newspaper whose headline heralds the hotel's grand opening. Attempt to climb one of the staircases that leads to the balconies that hang above the lobby and you'll fall through the crumbling, termite-ridden stairs to the basement below. Walk down the smooth concrete floors, following pipes which emerge from the cinder block walls, and you'll see a ghostly woman run past you, whimpering to herself as she goes. 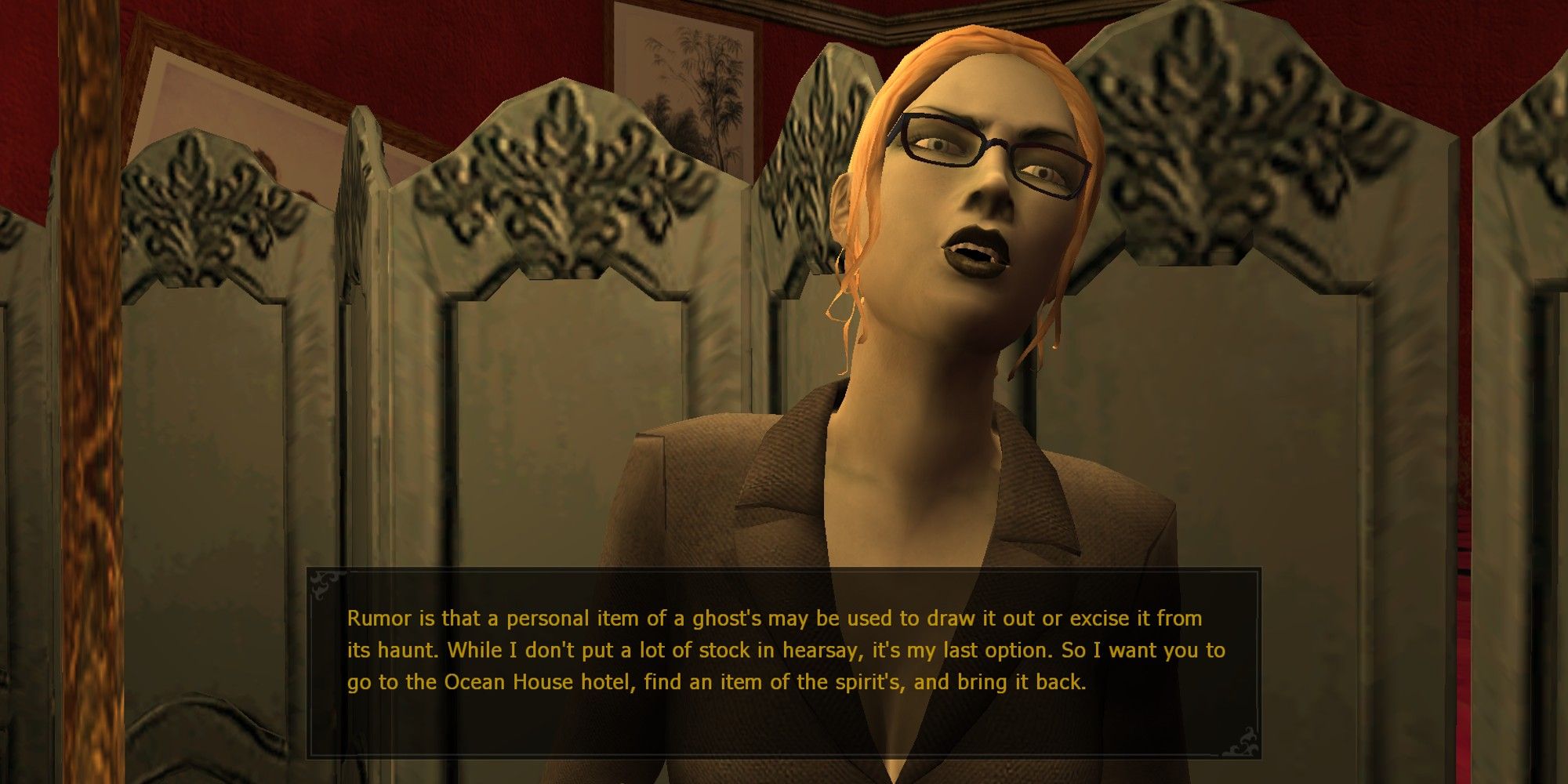 It's down here that you'll find a bit of backstory that goes a long way toward explaining the hotel's decline from grand opening to shuttered shack. "HOTEL HELL!" declares The L.A. Sun's headline, "CHILD'S SEVERED HEAD FOUND IN HOTEL LAUNDRY ROOM!" Travel to the laundry room in question and you'll hear a frightening, high-pitched groan as the porthole door of a dryer creaks open, revealing a key to the hotel's boiler room.

After a sojourn through the boiler room, you'll take an elevator ride — complete with a menacing disembodied laugh — to the second floor. Slightly better lit than the basement, the second floor nonetheless provides an even clearer window into the hotel's dark past. In one room, there is a crayon-drawn family portrait, where the father has been replaced by (transformed into?) a sharp-toothed, burning, Babadook-like avatar of rage. Make your way to the other end of the hall and a girl's apparition lifts an arm to point to the last door on the right, but does not enter. 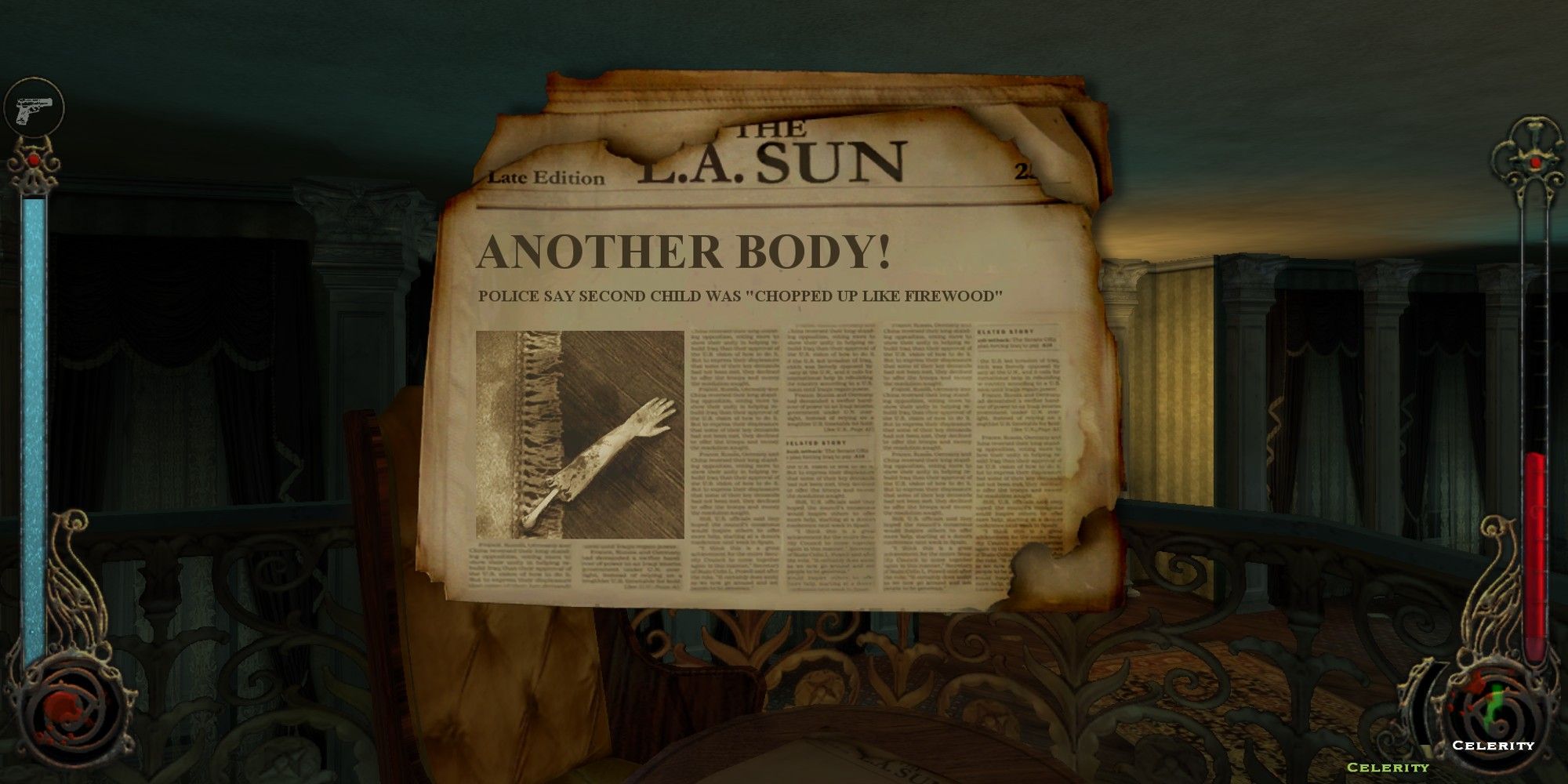 Here, there is a hole in the floor, covered by wooden planks. Bust through and you'll drop down to a well-stocked bar where the drawing's fiery motif finds an explanation by way of another stray newspaper clipping. This one screams: "Murder Suicide! Ocean House Killer Possibly Responsible For Inferno!" The bar has a dumbwaiter, which you can climb onto to descend to the kitchen. Here, you'll find a diary that brings the hotel's hidden horror into sharp focus.

05/30/1958 – Just arrived here, at the Ocean House. We have a week-long holiday here in Santa Monica, and Ed has booked us a room for the hotel's grand opening. It's a wonderful place, almost magical. The children have been swimming all afternoon.

But, as the entries continue, it becomes clear that Ed is possessed with a demonic jealousy, insistent that a locket his wife is wearing must be a gift from some secret lover. Eventually, the diary entries end with the wife barricaded in a room, scribbling out a few final entries, while Ed violently attempts to reach her.

In the kitchen, the wife's voice calls out "Help me!" and immediately the pots and pans begin to cacophonously clatter around the room. You leave the kitchen, dodge a falling elevator, and climb up to the residential floors. Here the hotel begins to crumble, with beams thrusting every which way in a destructive climax. Then, in the blink of an eye, the building returns to a vision of what it must have been in its prime. You walk through a large bedroom, find the object you were sent to recover — which turns out to be a red pendant, the "locket" alluded to in the diary — and quickly exit the hotel. 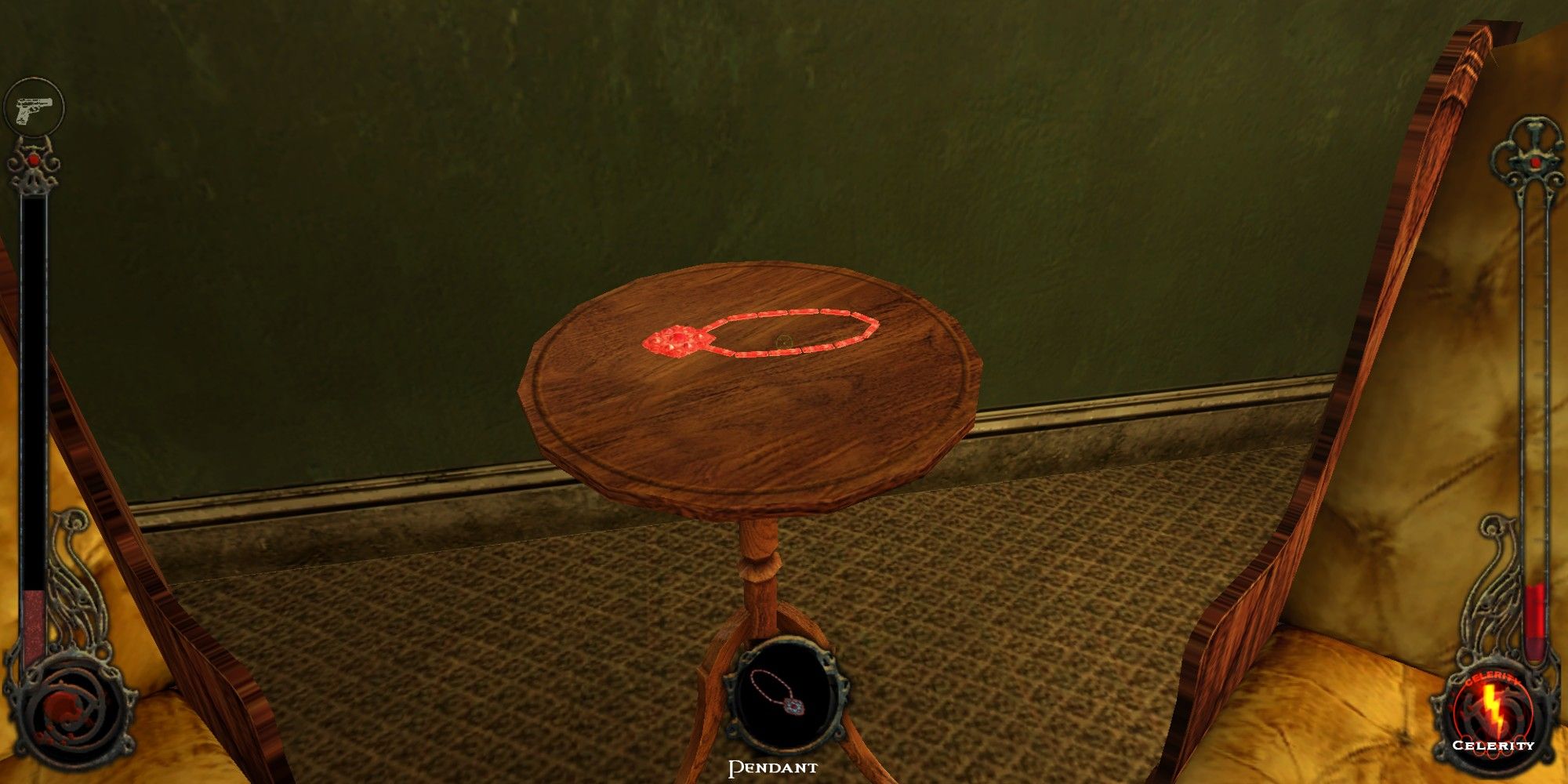 "The Ghost Haunts At Midnight" feels like a perfect level-length distillation of the combat-less horror ethos that other developers would later expand into full games. It has ambient noise that helps to sell its setting. It has sudden, loud music cues paired with triggers in the level which, when crossed, cause supernatural scares. It has environmental storytelling through documents. It has an environment which can harm you but which you cannot harm. It has cinematic references, riffing heavily on The Shining's setting and story of a husband and father driven to violence by a cursed object. Bloober Team's Layers of Fear 2, years later, would take this impulse to its maximalist Letterboxd logged conclusion, constructing a horror game almost entirely out of cinematic references, including a level-length riff on Se7en. But here, everything is doled out in smart, measured doses.

The indie horror games of the 2010s didn't invent horror. You can just as easily point backward to the horror games that came before, like Resident Evil and Silent Hill, which laid the groundwork for what Vampire: The Masquerade – Bloodlines is doing in this level. But, the Ocean House Hotel is notable because it feels like a thoroughly modern piece of level design. If you rezed it up a little, it would fit right in with the modern horror that stands on its shoulders.