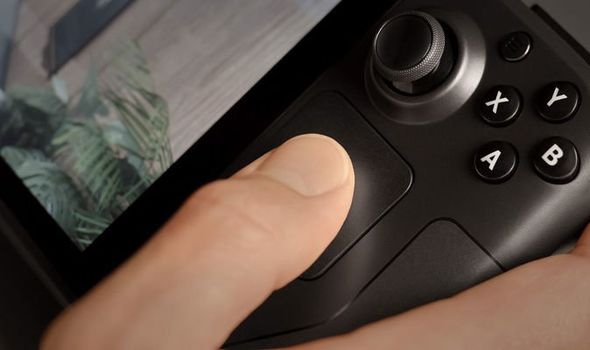 The Steam Deck was only revealed last week, but has already generated plenty of hype – thanks to its impressive specs and brilliant price point. Valve says the Steam Deck – its portable PC gaming machine – is capable of playing the latest AAA games. The Steam Deck is fitted with a Zen 2 processor as well as an RDNA 2 GPU and will be capable of ray tracing.

Per pixel, one programmer has compared the power of the Steam Deck to an Xbox Series X.

That’s the price of the entry level Steam Deck, which comes with 64GB of eMMC storage, while the more expensive models come with a 256GB NVMe SSD or a 512GB NVMe SSD, but are priced at £459 and £569 respectively.

If you were thinking of saving some cash the good news is all models of the Steam Deck are fitted with a microSD slot, so you can easily expand the amount of storage for your console.

Some gamers thinking of going for the entry-level Steam Deck may have been left concerned about the performance of games running on the Steam Deck off a microSD slot.

However, as highlighted in a post by WiredupReport, Valve’s Lawrence Yang has moved to dispel and fears.

Yang was asked whether games running from a microSD slot will run slower than games installed on the internal storage.

And while Yang said games installed on the Steam Deck’s own storage will be quicker, games still run “great” when housed on a microSD slot.

Underlining this point, Yang revealed that IGN – who have gone hands-on with the Steam Deck – were playing games running off a microSD.

Yang was asked on Twitter: “Hey @lawrenceyang . In your interview with IGN you stated that the Steam Deck was upgradable with an SD Card. Are there concerns about the read/write speed of the SD Card and slot? Will games on the SD card be playable, just taking longer to load than if stored internally?”

To which he responded: “Yep, games will load faster off internal storage, but games still play great off an SD card. When IGN came by, all the games they tried (and shot footage of) were played off a microSD card.”

For those thinking of getting an entry level Steam Deck to save some money, this should be music to their ears.