You are here:
Home / Valorant: Every Agent And Their Abilities, Ranked

Valorant: Every Agent And Their Abilities, Ranked

Riot’s Valorant is their answer to the popularity of competitive shooters, like Counter-Strike, Overwatch, and Rainbow Six Siege. Like many other games in this genre, Valorant has a number of different characters – called Agents – that come with their own unique set of abilities.

Not all Agents are considered equal. You only need to watch a few hours of a competitive Valorant tournament to see the specifics of the meta. There are viable Agents, those you play for fun, and some that are a bit useless. Lots of sites track the pick rate and win rate for each Agent, which is what this guide is based on. Here’s our tier list, from worst to best, based on Patch 2.09.

Note: Although this guide is based on stats from competitive games in Valorant, pretty much every Agent in the game is viable. Riot has done a decent job of keeping everything balanced, dishing out nerfs and buffs where needed and the meta frequently changes.

Don’t feel like you can’t play an Agent because of what the stats tell you – it’s a good idea to play every Agent to at least a level of rudimentary understanding, as it helps you get a better grasp on the game. 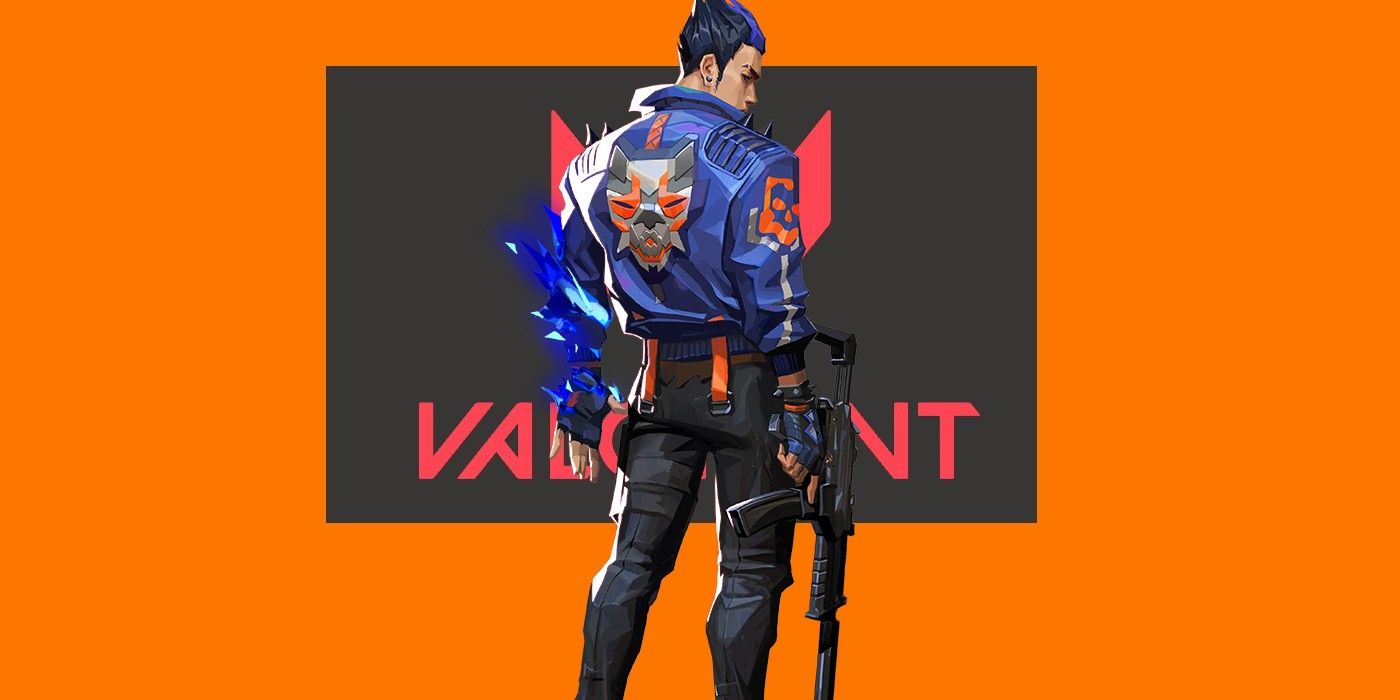 Yoru has an extremely low pick rate in competitive Valorant. Relatively new to the game – Yoru was released in January of 2021 – it could be that players are still learning the ins and outs of his kit. The low win rate fits in with that idea. However, it’s more likely that his movement abilities and his flashes aren’t as viable as Omen and Phoenix respectively.

Neither Omen nor Phoenix has a particularly high pick rate either, which tells you a lot about the meta in Valorant at the moment. By far his most viable ability is his Ultimate, Dimensional Drift. This allows you to become invisible for a short amount of time, giving you the chance to reposition or flank enemies. Yoru has his uses, but there are better options for that solo queue grind. 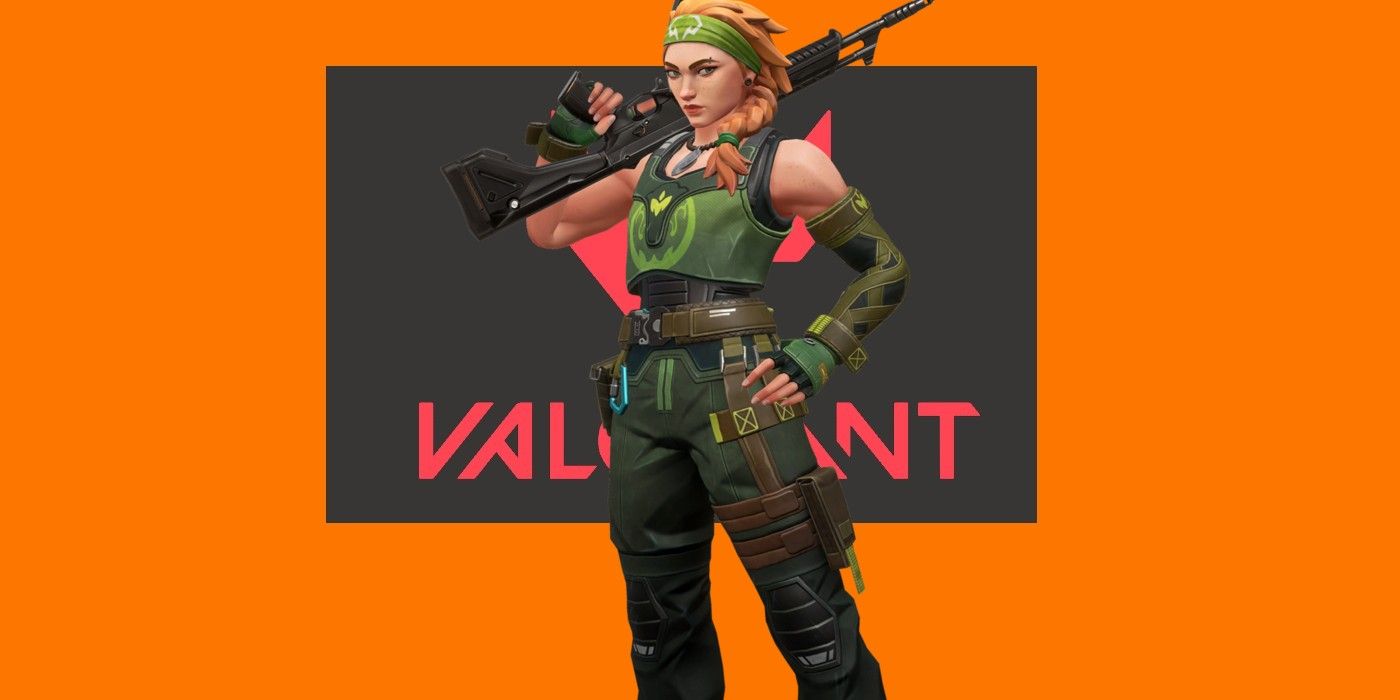 Skye has a low pick rate but a decent win rate, mostly because she is largely a passive Agent that works best when played in a five stack of players who are communicating. She’s not really recommended for solo queue play as her abilities tend to take you out of the fight for a short period of time, just long enough to get picked off by an aggressive player.

She does have her uses.  Her healing is great for supporting the team, and the targeted flash can be very useful when pushing a site. That being said, you’re more likely to see Skye in high-level competitive play rather than in Unrated games and on the solo queue grind. 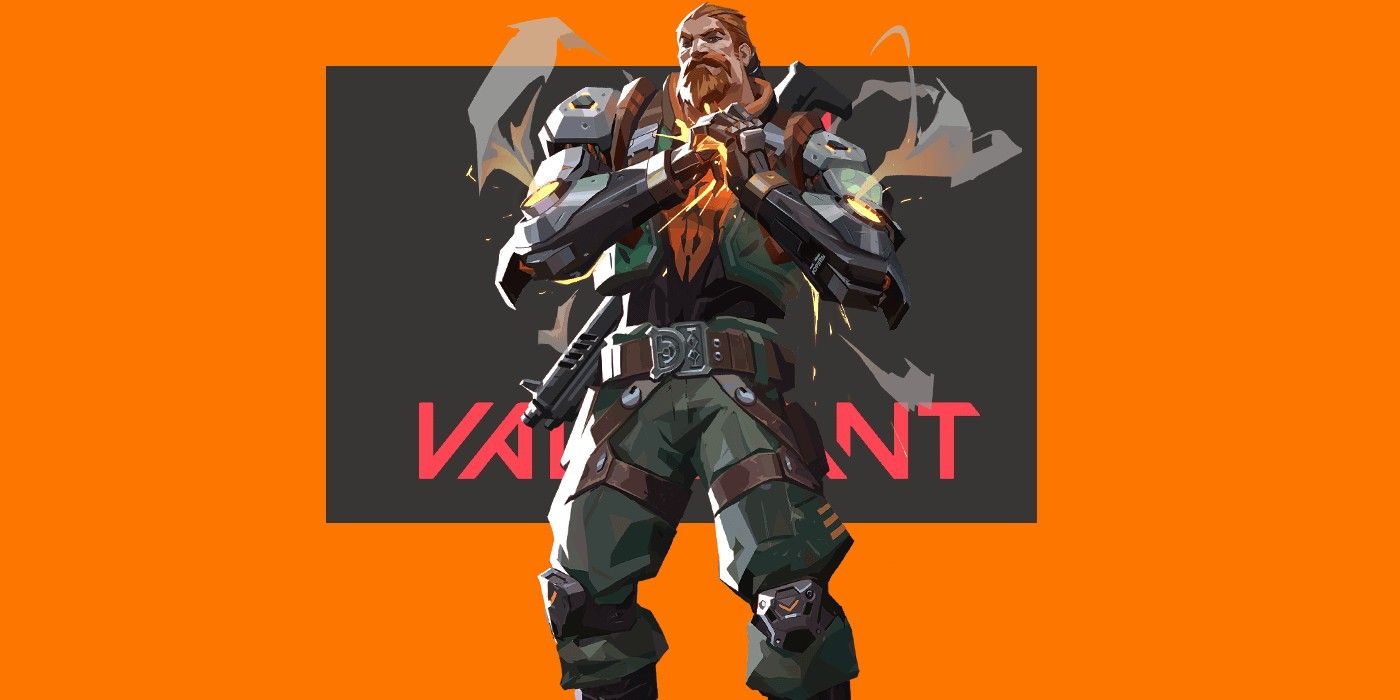 Breach has an even lower pick rate than Yoru. Due to the complicated kit and abilities that can cause more harm than good to your teammates, you have to be a pretty confident Breach player if you don’t want to end up sending your teammates into the air with the Rolling Thunder ultimate.

That’s not to say that Breach isn’t a viable Agent. His abilities can be very effective if used correctly, but it takes a level of coordination and communication that you might not find in an unrated game with a bunch of randoms. 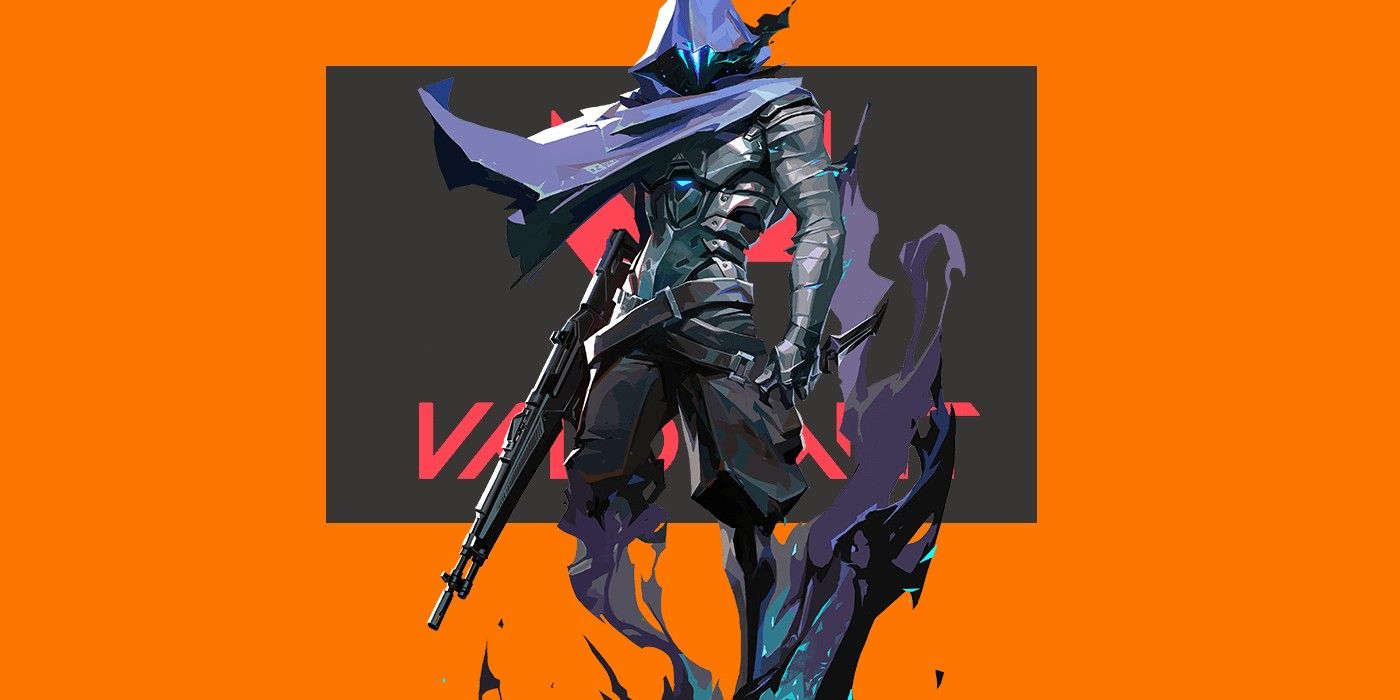 Omen has received a fair few nerfs over the course of the first year of Valorant. He used to be a much more viable pick than he currently is, resting at one of the lowest win rates in the game. That being said, Omen’s movement and teleportation abilities are loads of fun, which means he’s not a bad pick for a new player.

The biggest problem with Omen is that you can quickly get yourself into some dodgy situations. Teleporting behind a blinded enemy might seem like a top-tier play, but if you die repeatedly it’s probably because you’re being too predictable. Most experienced players have a grasp of the sort of plays Omen will make. This means new players pick up Omen (because he’s fun) but end up dying. A lot. 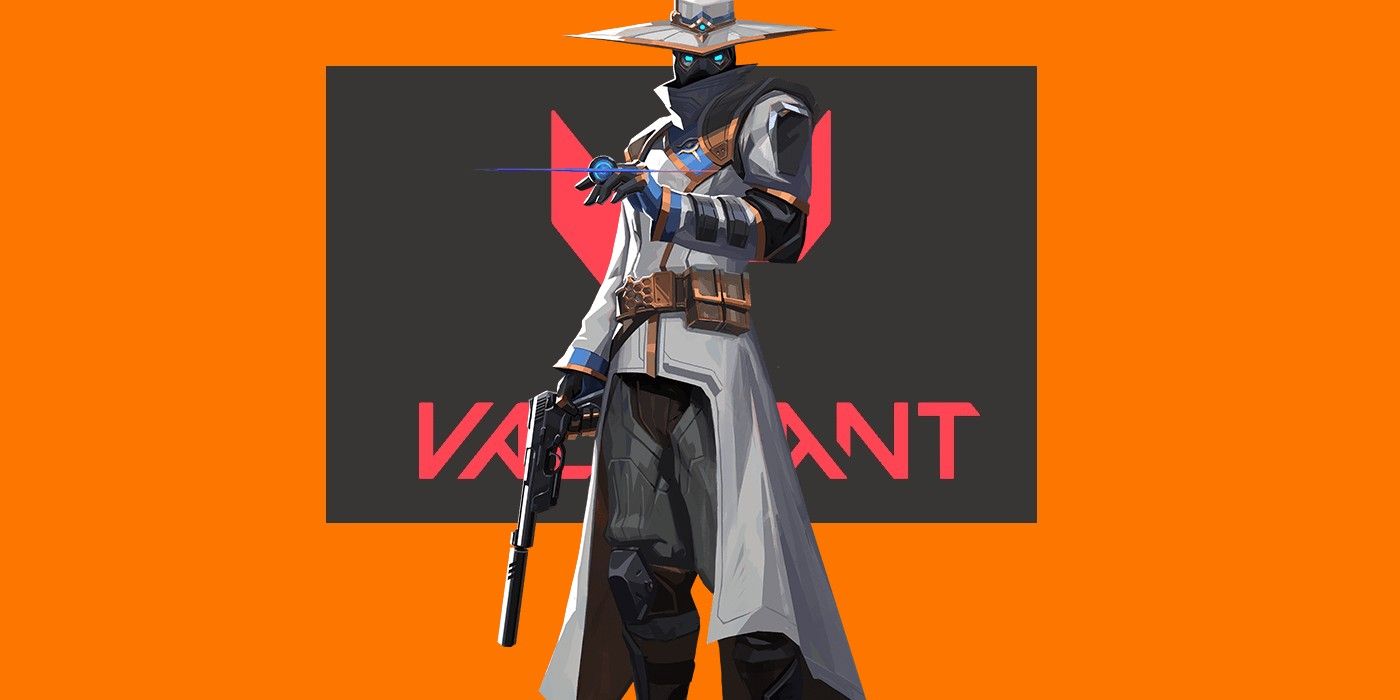 Cypher was once one of the most Agents in Valorant, a great pick-up for new players thanks to his recon abilities. If you’re not sure about how each map plays and where enemies might be, his tripwires and cameras can be a huge help.

However, Cypher has undergone a bunch of nerfs, mostly to his tripwires. His pick rate and win rate have fallen through the floor in response. Riot doesn’t tend to leave Agents in this sort of sorry state for long, so keep your eyes on upcoming patch notes for some further tweaks to his kit. For the time being, Cypher is still a reliable pick for new players, but you might want to branch out once you’ve got the chance to unlock new Agents. 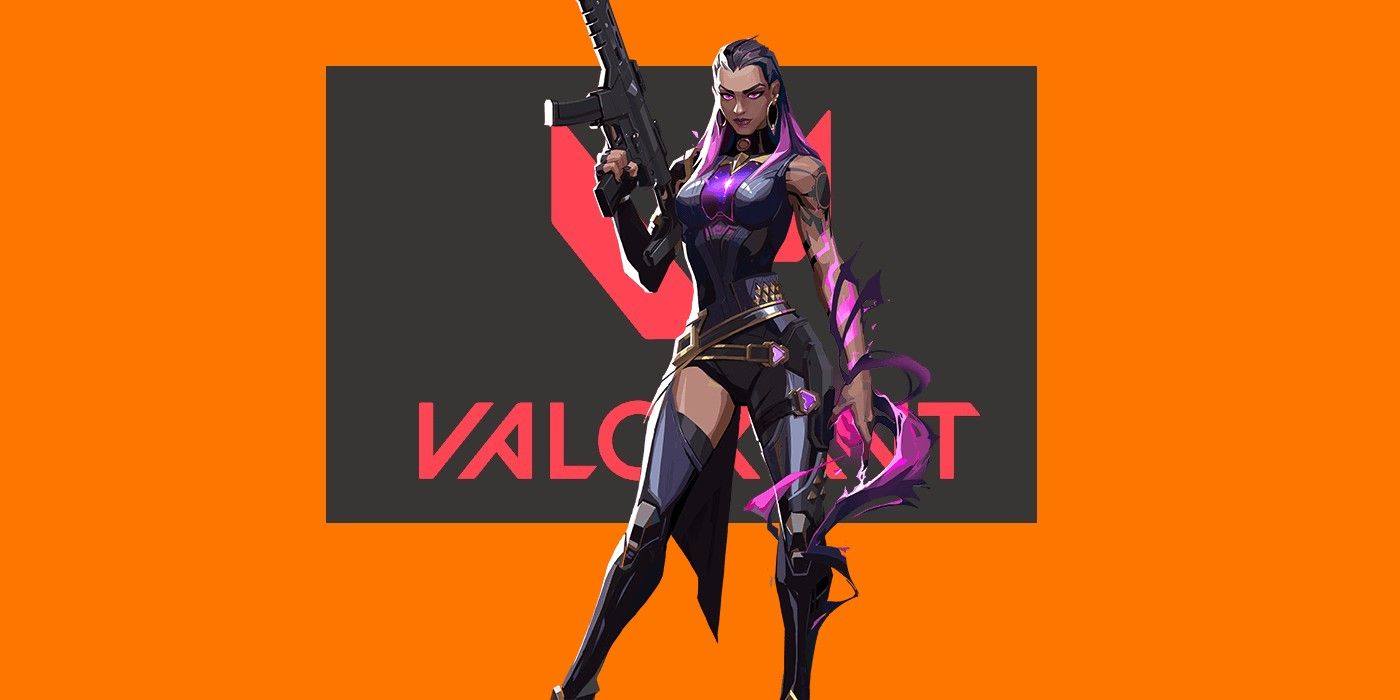 Reyna is a confusing one to place properly on a tier list. A number of nerfs have really tanked the usefulness of her kit, yet she remains one of the highest-picked Agents in the game, despite her win rate being in the bottom 50 percent. Why is that? Well, she’s a whole lot of fun to play.

Devour might be one of the best abilities in the game. It allows any skilled player to instantly heal off killed enemies. Dismiss makes you turn into some sort of smoky ghost for a short period, and Leer gives you the opportunity to push up and get close and personal. A skilled Reyna can literally pop in and out of existence, shooting while she does so. Pretty fun. Reyna is the sort of Agent picked up by confident players who think they’re able to run through lobbies, although that low win rate suggests that might not always be the case. 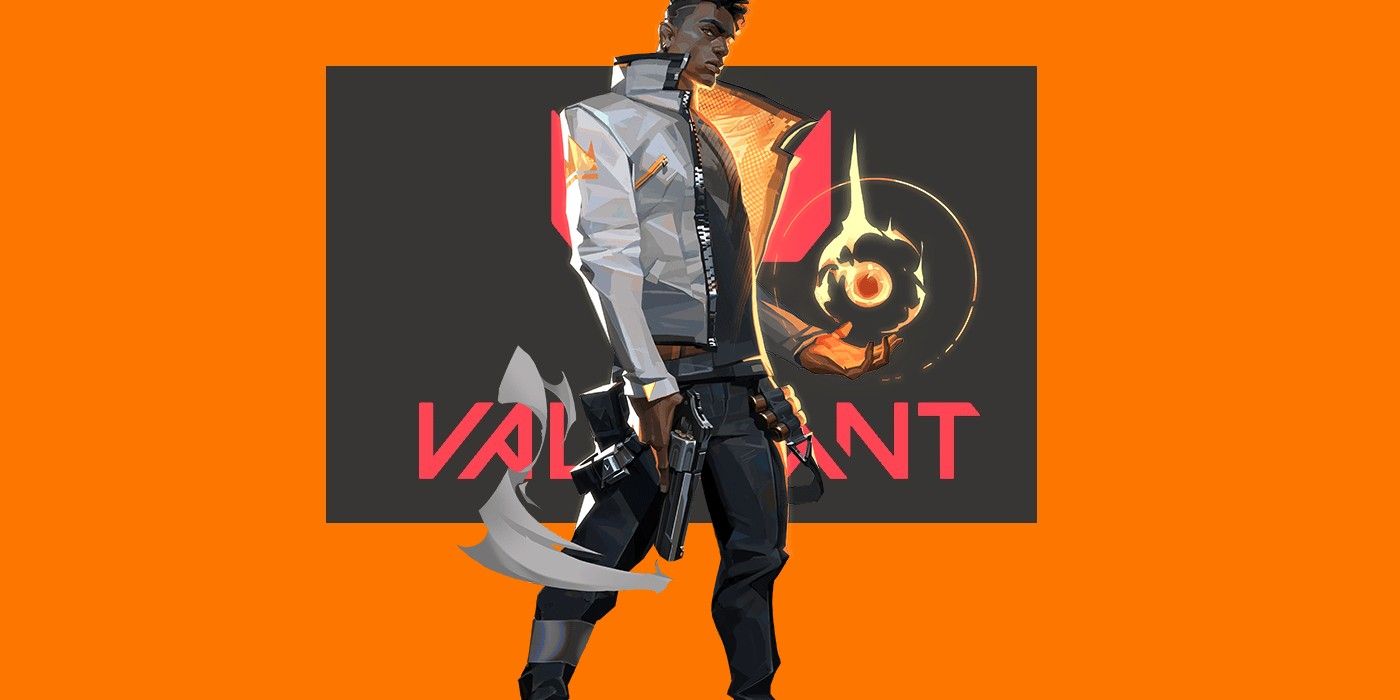 Phoenix is one of the most enjoyable Agents to play in Valorant. His flashes are strong, his walls can control sightlines, and his Ultimate “Run It Back” basically gives you more than one chance to charge around corners and hopefully pick off a few kills for your team. He also comes kitted out with some self-healing thanks to his Molotov.

Despite Phoenix’s strengths, he still has a fairly low win rate compared to some of the other Agents in the game. This is likely because he’s an aggressive Agent that can really struggle during the Defense rounds. When do you push? Do you even use the Ultimate while playing Defense? A good Phoenix can still pull their weight while in defense, but it’s a bit trickier. 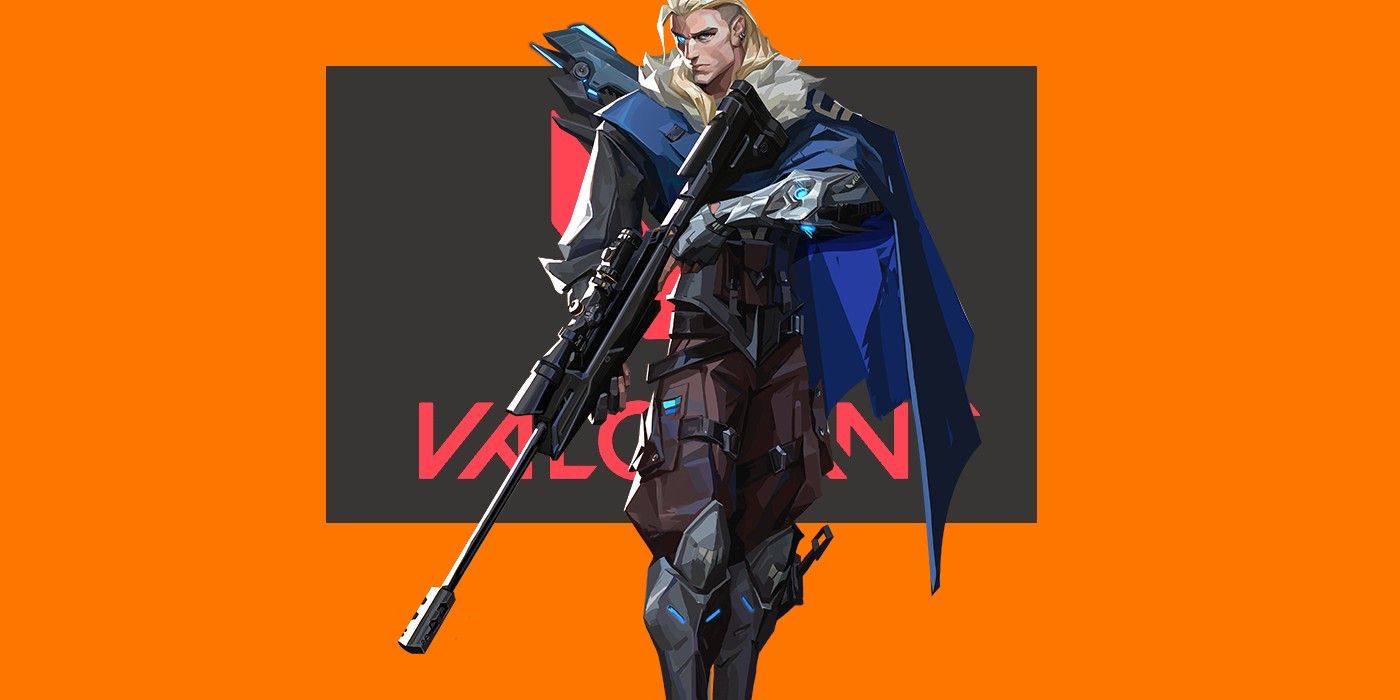 Sova is probably the best recon Agent in the game, though learning how to use his abilities to their fullest potential is not easy. The knowledge of angles required to get his recon arrows right every time comes with practice and putting the hours in to remember the right spots.

It’s because of this learning difficulty that Sova isn’t higher on this list. You will see a lot of him in competitive play, but starting out with him can feel a bit overwhelming. If you’re running solo queue games much of that information is pretty useless, especially if your teammates aren’t listening to your callouts. 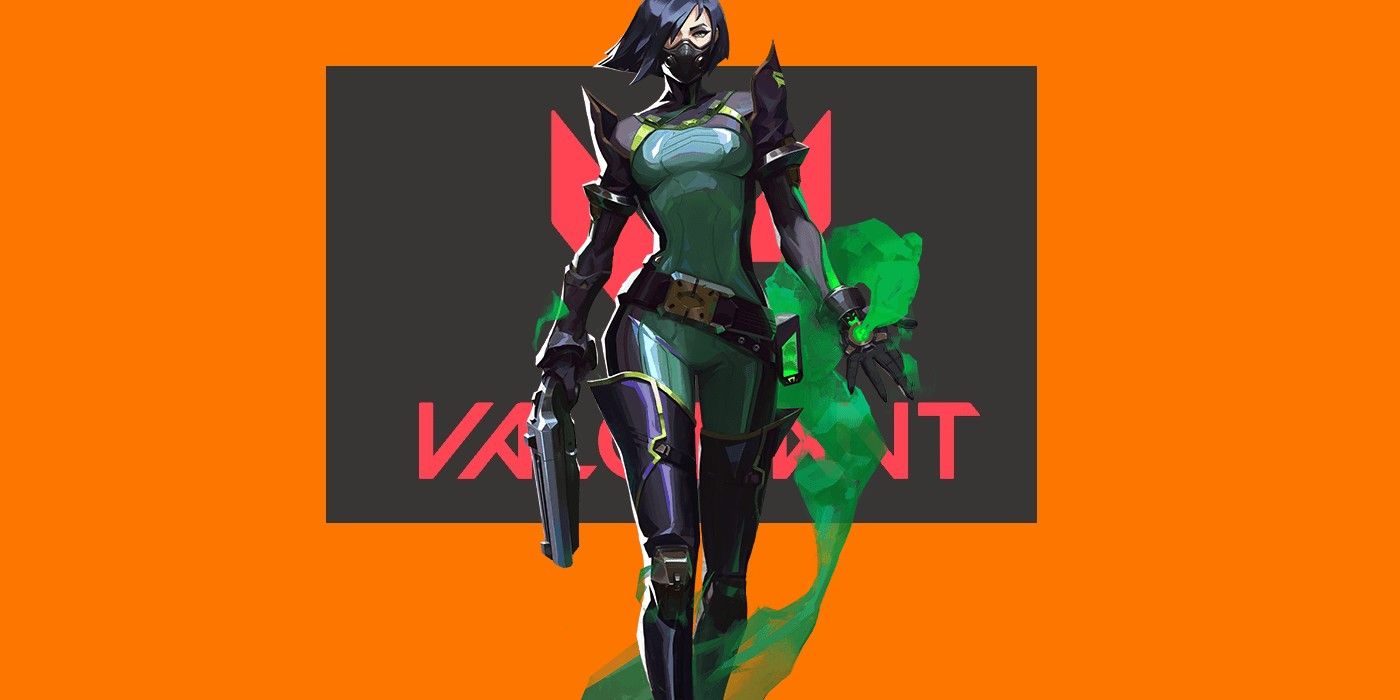 Viper, also known as Sabine, has climbed up the pick rate and win rate after a number of tweaks to her kit, mostly a cooldown on the equip time for her Snake Bite ability, and a buff to her Poison Cloud ability. She fits right into the meta at the moment thanks to her ability to control massive areas of the map.

That being said, like most of the Agents in Valorant, Viper takes a bit of experience to get right. Because her Poison Cloud and Toxic Screen abilities have a fuel limit, you need to use them at the right time. Leaving them roaring poison gas everywhere is an easy mistake to make. 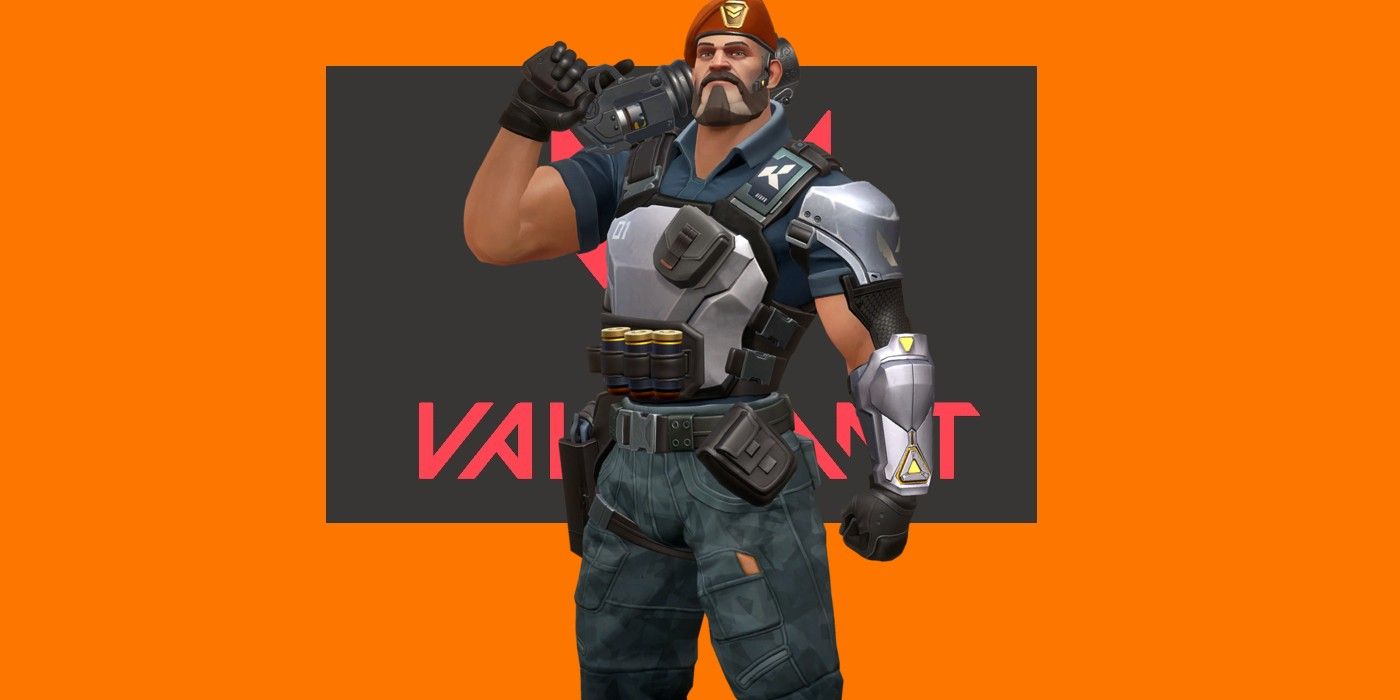 Brimstone is definitely a viable Agent. He has one of the highest win rates in the game and is more than capable of changing the shape and outcome of a round. Both his E ability Sky Smoke and his Ultimate Orbital Strike can be deployed to drop anywhere on the map, even if you’re sat back in your spawn.

This obviously works best if you have a team communicating with you and synergizes well with a recon agent, as they can scan ahead and let you know where to drop smokes or your airstrike. Brimstone is a great asset to have on your team and is pretty fun to play. 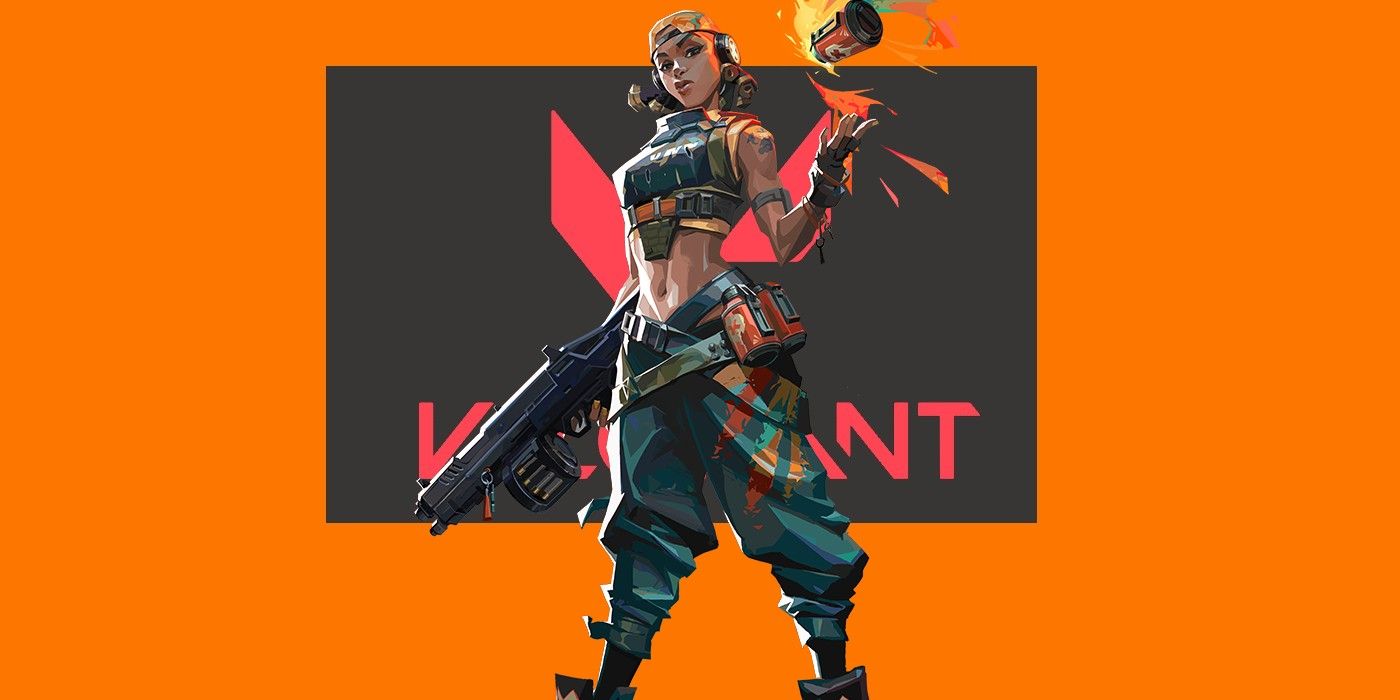 Raze has always been a controversial Agent with her abilities focused on dealing damage more than the other Agents. After several tweaks and changes, Raze remains a popular pick with a decent win rate and is lots of fun to play if you like to be aggressive.

She’s often in a tie with either Jett or Phoenix for aggro players. She isn’t quite as maneuverable as Jett, though her Blast Pack is useful for getting height. Her Ultimate is a Rocket Launcher that deals a tonne of damage. Great for taking out enemies hiding around corners. 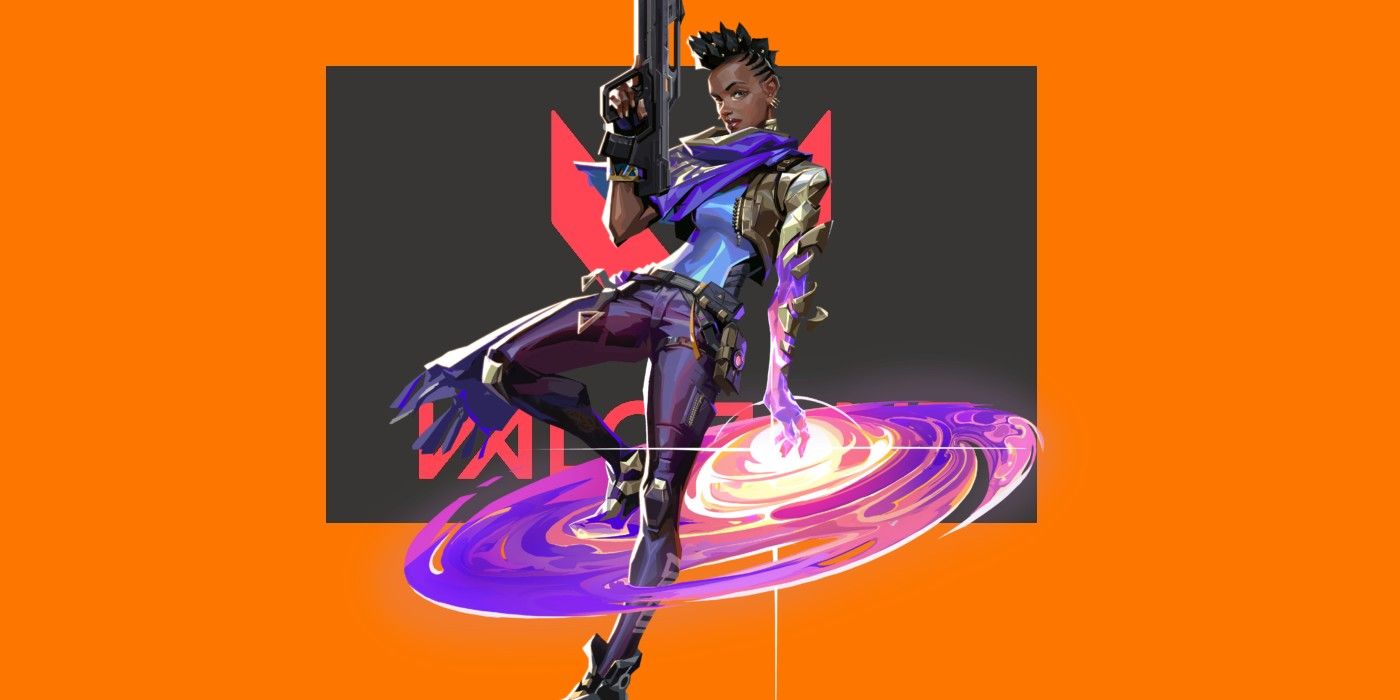 Astra has a small pick rate but a great win rate. She’s relatively new to the game and is not an easy Agent to learn. She relies heavily on team comms and a good understanding of the flow of each map. Flying up into her Astral form gives Astra a view over the whole map, letting her place down abilities wherever she wants.

Because she is difficult to use, Astra is more common in high-ranked play and is not an Agent you’ll see very often in ordinary unrated games and even competitive play. However, if you can master Astra you have one of the best controller Agents in the game.

Killjoy is another new Agent that has started off very strong. A great win rate and decent pick rate easily places Killjoy at the top of the meta on Patch 2.09. Her various bots and turrets are extremely useful for controlling the map, and the old turret on the bomb site is still a viable strategy even after the recent nerf.

Overall, Killjoy is a very powerful pick, both in competitive play and unranked fun. A combination of her Alarmbot and Turret gives players the opportunities to control certain areas of the map, whether that be to deter players from making a rotation or sharing comms with her team. 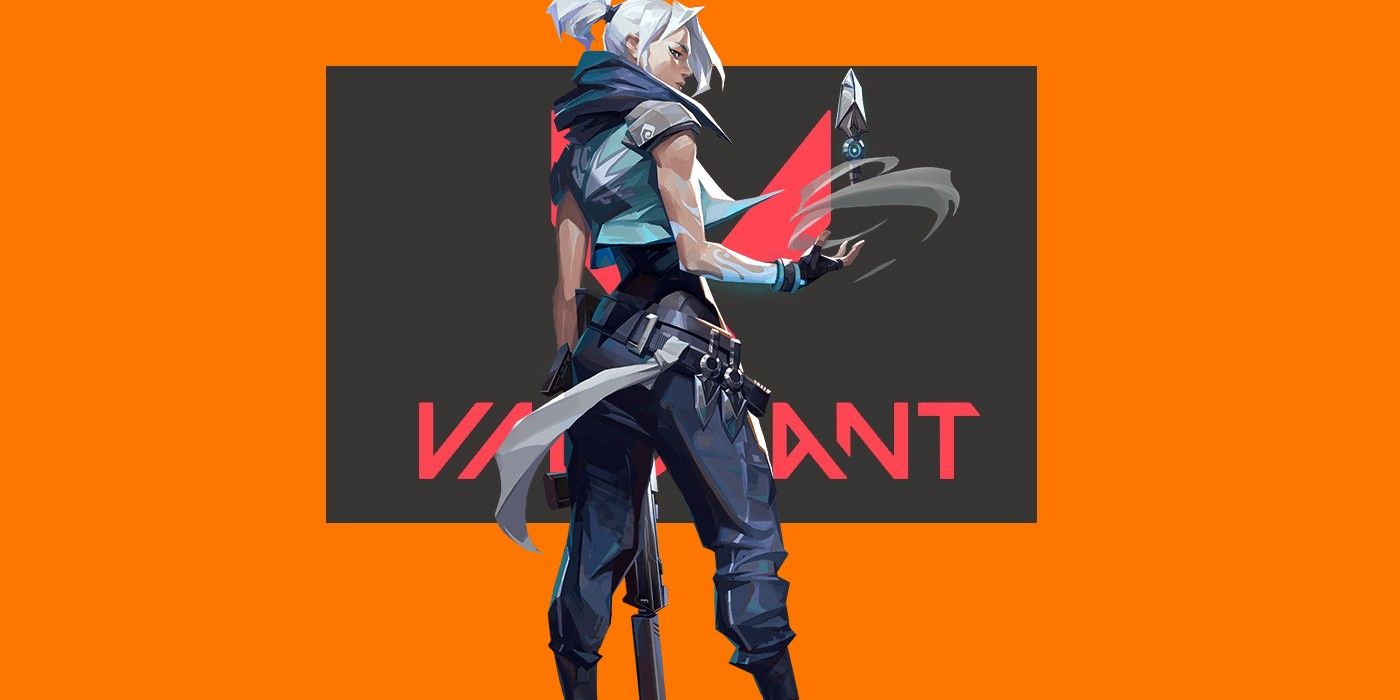 Jett remains one of the strongest Agents in Valorant and arguably one of the most fun to play if you prefer aggressive play and movement abilities. She can hop and jump all over the place, and her knife Ultimate is ideal if you fancy a quick ace with pinpoint aim.

There’s been a long-running discussion over the viability of Jett, as in whether she’s actually worthwhile or just fun to frag with. Her high pick rate and win rate on Patch 2.09 clearly shows she means business and is here to stay in both fun 5v5s and competitive play. 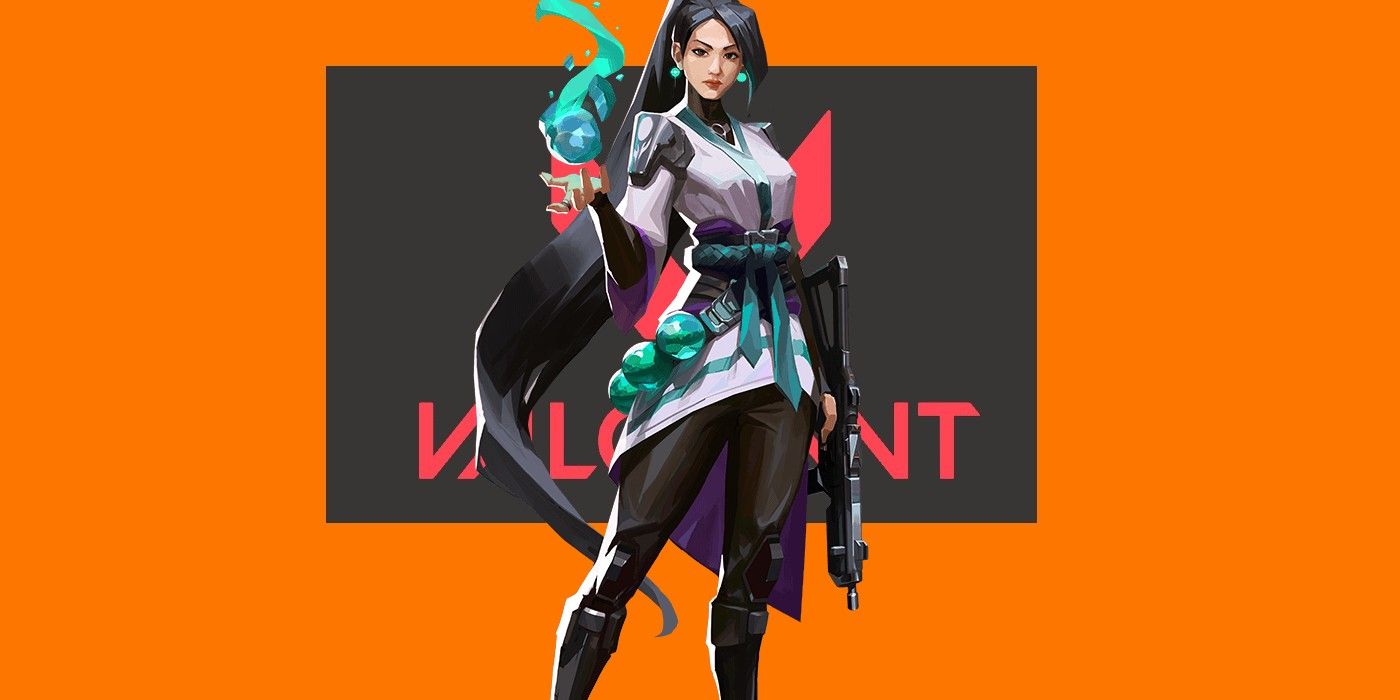 Sage remains one of the most powerful Agents in Valorant. Her Resurrection Ultimate ability can change the tide of any round, and she’s basically the game’s all-around Support character, with heals for her teammates.

She isn’t just about healing and reviving teammates, as her wall can control tight spaces and give players a height advantage, whereas her slow ability can help control corner peeks and slow down rotations. Sage is a great first pick for new players and is consistent at every level of play.