You are here:
Home / Valheim: Everything You Need To Know About Fishing

Valheim: Everything You Need To Know About Fishing

From fighting terrifying bosses to crafting the best gear animal pelts can get you, how you have fun in Valheim is entirely up to you – although, these days, it seems like everyone is trying to see who can create the most mind-blowing buildings, Minecraft style.

Similar to what happened with Among Us or Fall Guys, this game took the internet by storm and became a must-play seemingly overnight. Even after completing the main game, there are still tons of things you can do. One aspect of the game you might not have tried out yet is fishing, a relaxing activity that will leave you with another food source that’ll add a buff to your Viking’s health. Here’s everything you need to know about catching fish in Valheim.

Why Do You Need To Fish In Valheim? 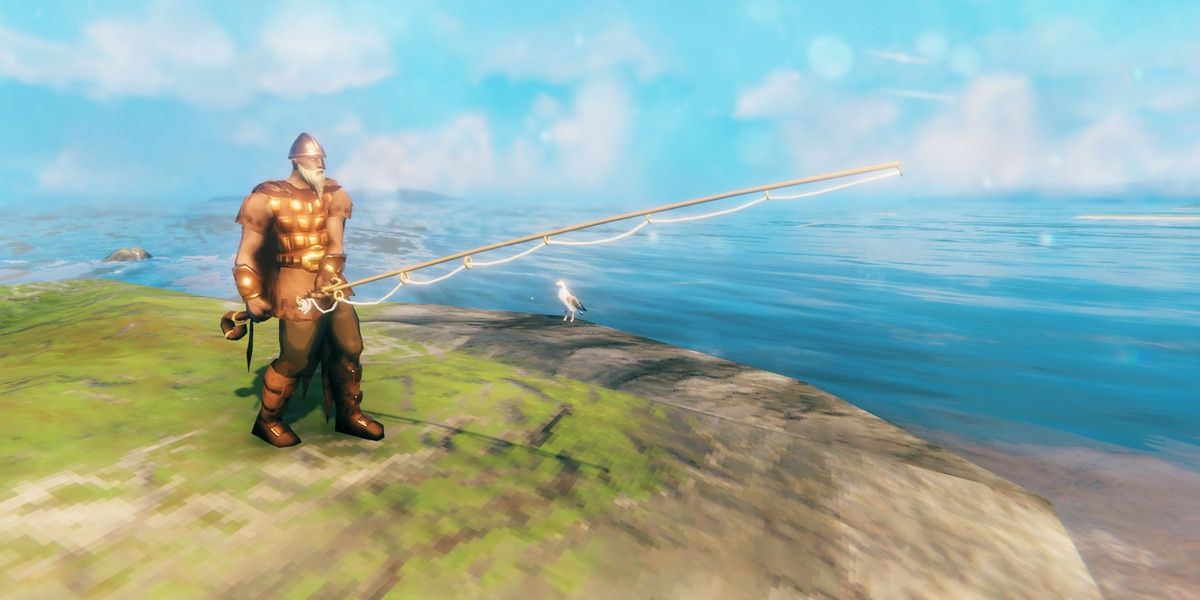 Valheim might take place in a procedurally generated purgatory, but that doesn’t mean your Viking doesn’t need to eat. Food items will add buffs to your health and stamina. However, how good the buff is will vary from dish to dish, so you better try them all to see which ones work best for you.

When it comes to fish, there are two consumables you can make with them. The first one is cooked fish, you can make this on a cooking station using one raw fish, and it will take you around 25 seconds.

If you want to make something a little bit more elaborate, then try out the fish wraps. This is made in a Cauldron, and to prepare it, you’ll need two cooked fish as well as four barley flour.

While there are certainly other ways of getting raw food, fishing is safer than killing animals or creatures for their meat, and it’s less time-consuming than taming Loxes or Boars.

Types Of Fish In Valheim 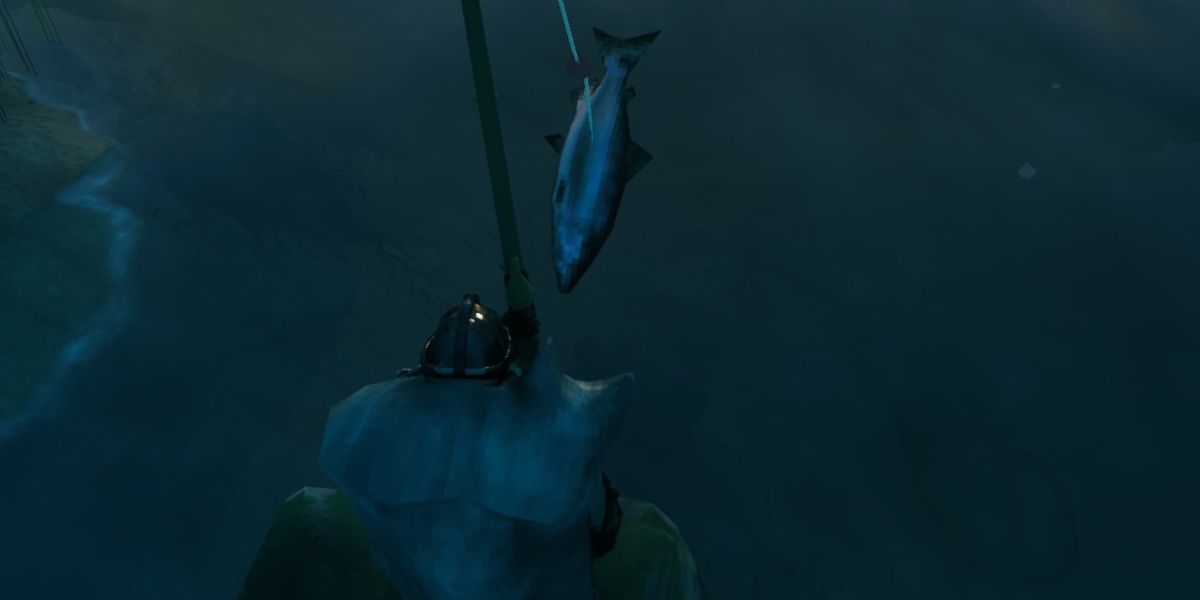 Like many other creatures in the game, fishes appear with different stars; you could catch zero, one, or two-star fishes. When it comes to species, there are only three in Valheim right now, those are:

What You’ll Need To Go Fishing In Valheim 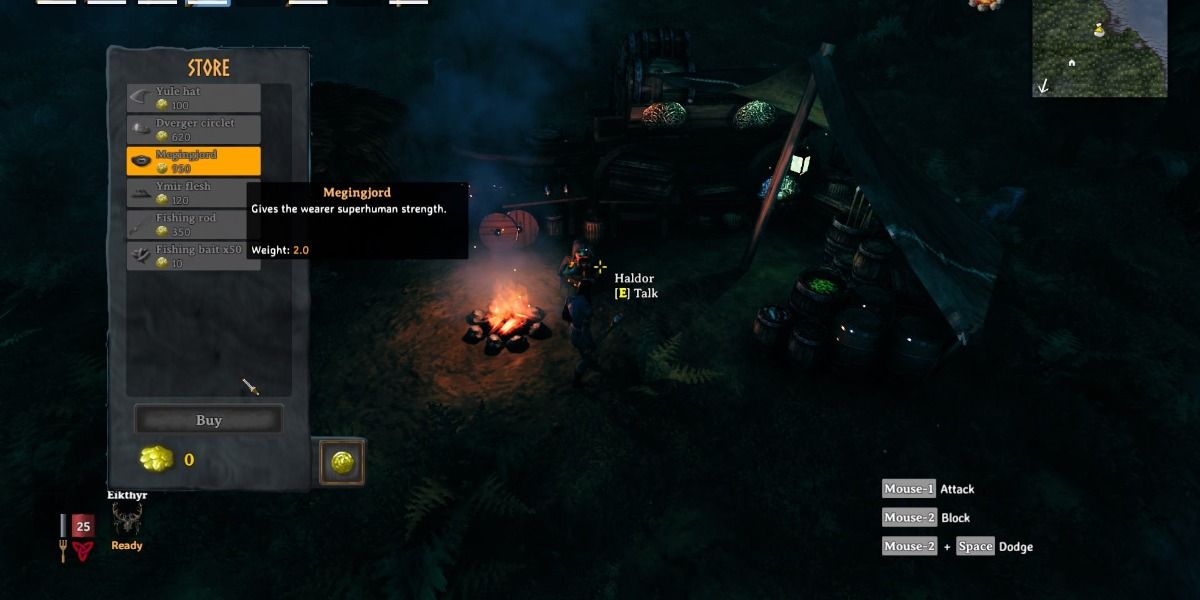 Before going out into the world to find your nearest body of water, there are some things you’ll need to get. First, go on and pay a visit to the beloved Haldor, Valheim’s merchant.

Remember – He doesn’t spawn in the same place in every seed, so you’ll have to look for him.

Once you get to Haldor, purchase from him the fishing rod (which costs 350 coins) and some bait (which costs ten coins for 50 pieces of bait).

For the time being, trading with Haldor is the only use coins have, so don’t be afraid of spending them. You’ll be able to find some coins when:

How To Fish In Valheim 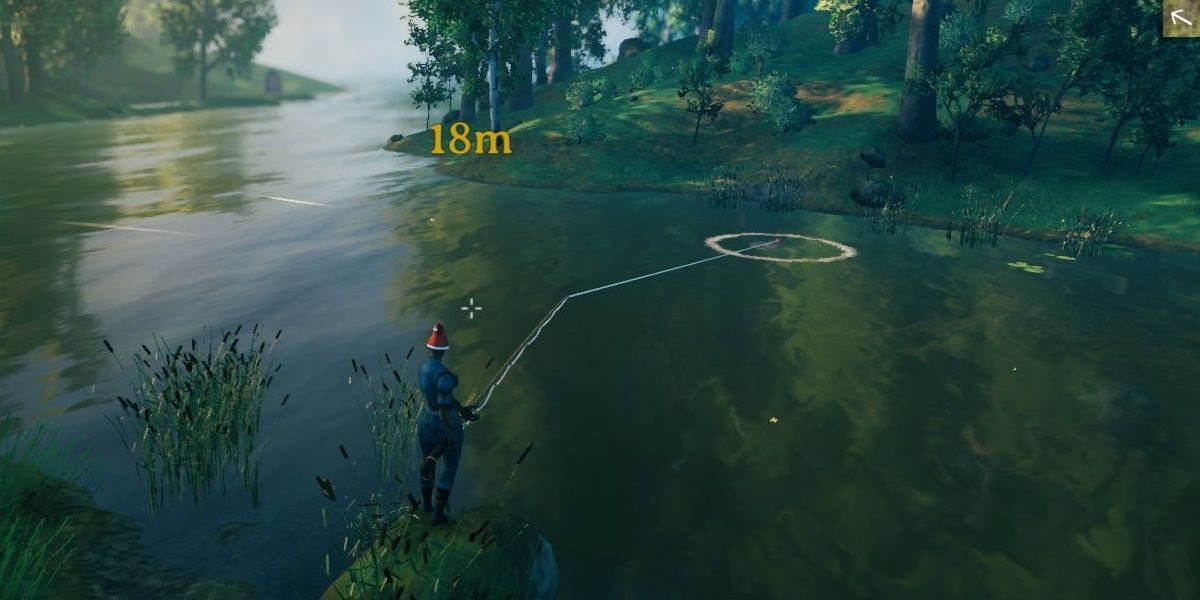 Once you have your equipment ready, head over to a body of water like rivers or the ocean.

After you find a spot you like, equip both the fishing rod and some bait. Now to the good part, hold down the left mouse button to cast your line. If you want a short cast, simply let go of the button early; however, if you want a long one, then hold the button until your Viking stops moving.

After your hook hits the water, you’ll have to patiently wait until a small splash and some bubbles appear around your hook; this means a fish fell for the bait. All you have to do is press the right mouse button to get the fish. The word “Hooked” will appear on the screen; this means you can start pressing the right mouse button to reel the fish in. 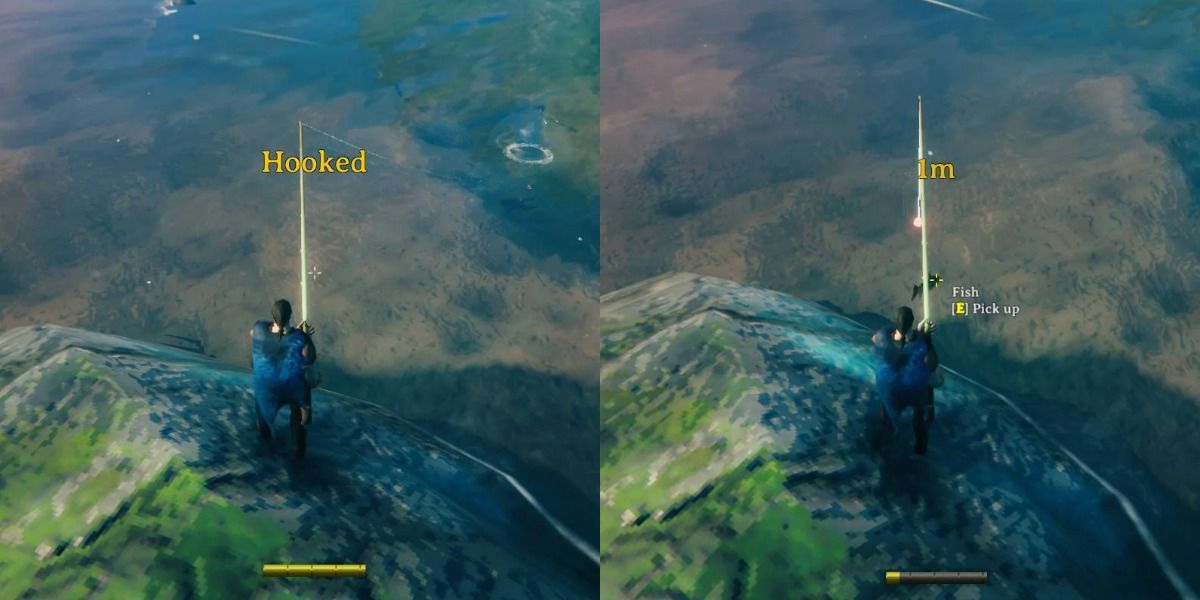 You will have to reel the fish until it’s closer to you, then you’ll be able to pick it up by looking at it and pressing the “use” button. Don’t take too long to do this, or the fish could escape, leaving you empty-handed.

Keep in mind that you’ll need stamina for both casting the fishing rod and reeling the fish in. Make sure you’re keeping an eye out on stamina level since running out before grabbing the fish will end in the animal getting away.

Another thing to know is that if you move away from the hook, the line will break, and you’ll also lose the fish, so it’s better to stay within 30 meters of the bobber.

Catching A Fish Without A Fishing Rod

There’s no doubt that using a fishing rod is the ideal way of fishing in Valheim. However, it is still possible to fish without one.

All you have to do is approach very shallow waters and use the “use” button to grab a fish before it swims away. This tactic is only possible in waters that you see have fishes in them and that aren’t that deep.