You are here:
Home / Valheim: A Guide To The Ocean Biome

Valheim: A Guide To The Ocean Biome

Valheim is all about exploration and survival, but it wouldn’t be a very good Viking game without boarding a longship and setting sail across the open waters.

Currently, the ocean biomes are largely desolate, with the exception of Fish, Leviathans, and Sea Serpents. However, the developers have expressed their plans to expand upon this biome that is fundamental to the Viking culture. Here’s our guide to what you can currently expect to find in the ocean biome. 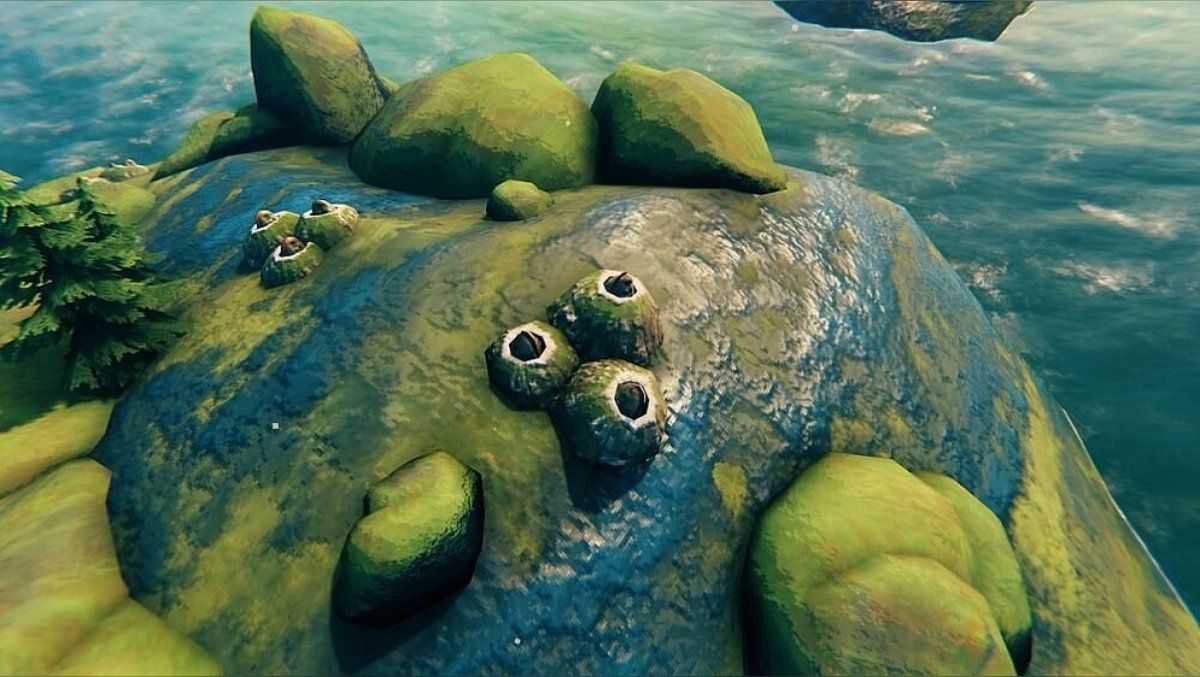 Fish are a vital source of food, being the main ingredient of some of the more nutritious meals available in the game. It’s possible to catch them by hand if you wade into the shallows and wait patiently. Next, align the cursor over an unsuspecting fish and click “E.”

If patience isn’t one of your virtues, you can seek out the merchant, Haldor in the Black Forest, and buy the Fishing Rod and Bait from him. Cast the line by clicking and holding the left mouse button. For a longer cast, simply hold the button down longer, but reeling in depletes stamina in a flash, so shorter casts are usually better.

There is still a bit of patience required in waiting for the bait to be snagged, but once you see it dip below the surface, right-click to set the hook, then right-click again and hold to reel it in when you see the text “Hooked” appear on the screen.

Leviathans are essentially living islands capped with barnacles you can mine for Chitin. Each time you mine off this docile creature’s back, there is a 10% chance it will submerge in retreat. Its withdrawal will be sounded by a wail (rightly so as you are driving a pickaxe into its back), indicating that you have approximately twenty seconds to disembark before it drops you in the sea. 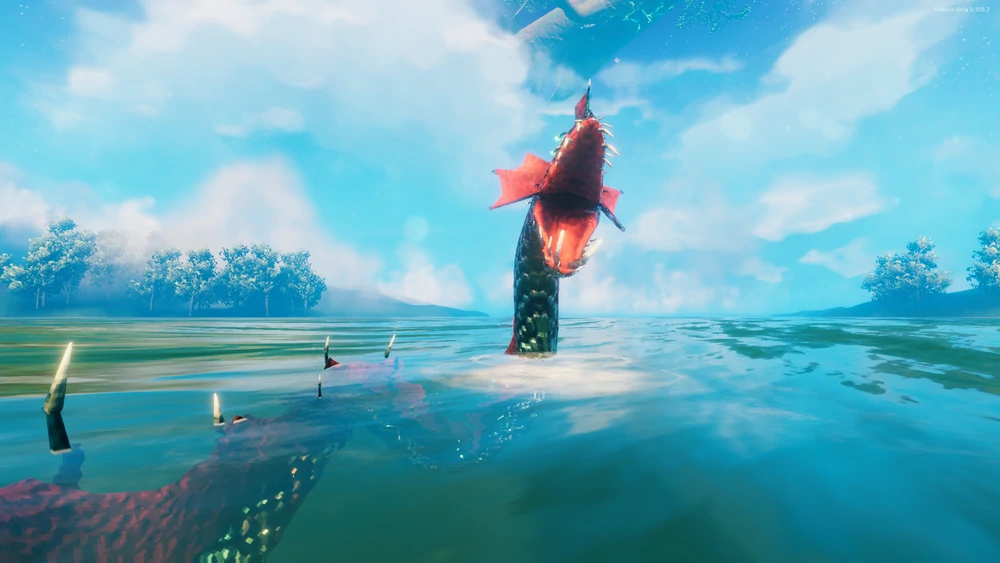 Sea Serpents are the only threat you’ll face when sailing the seas currently. These giant water-bound snakes can savage players and boats alike, so it’s best to give them a wide birth if you can. Luckily, they are susceptible to frost damage, so felling one from afar shouldn’t be too difficult with a large supply of Frost Arrows.

Defeating one will earn you Serpent Meat, Scales, and a trophy. The scales can be worked into the Serpent Scale Shield, while Serpent Meat is a rich source of nutrition once you roast it, then cook it into Serpent Stew. 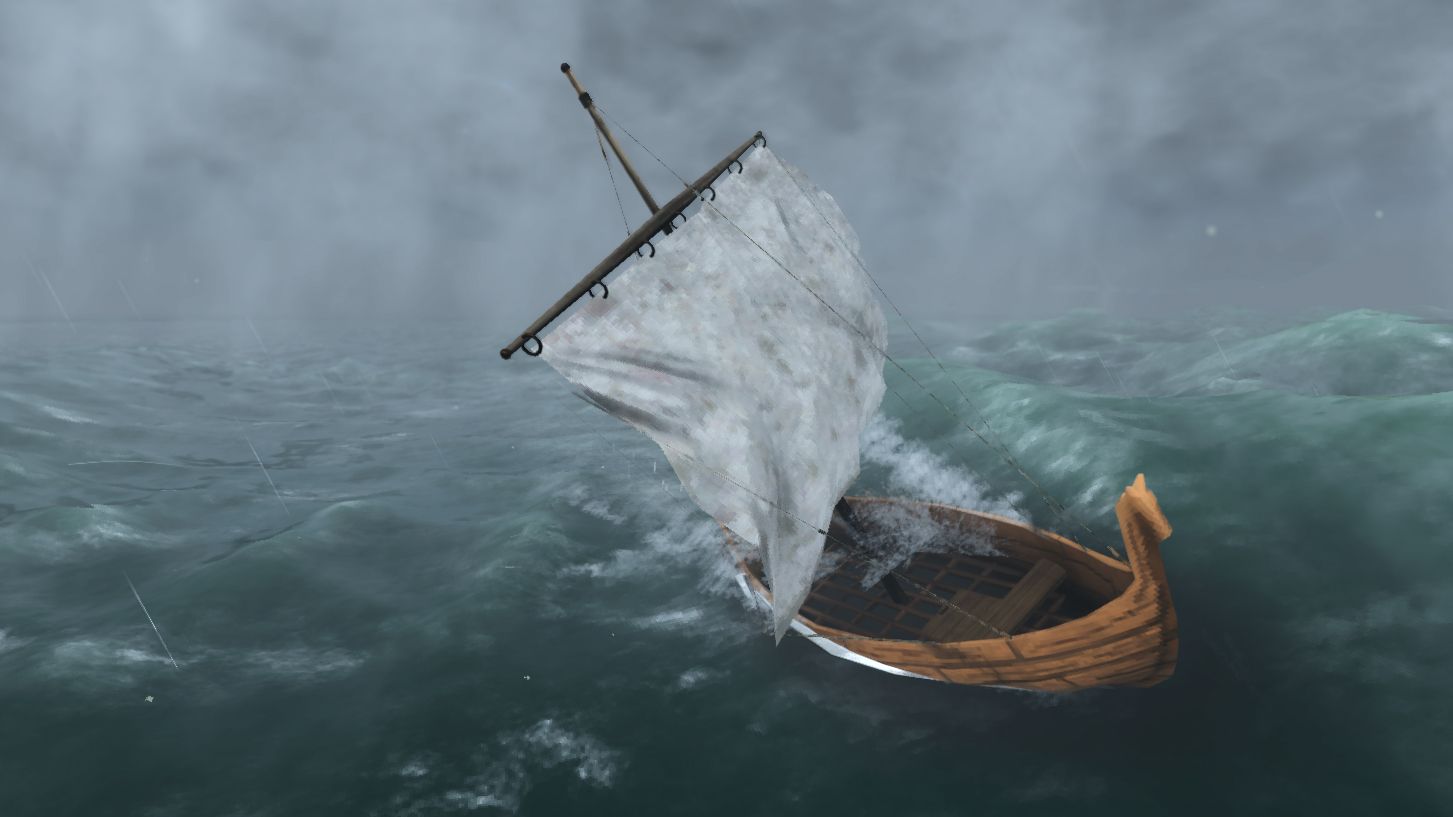 Boats can capsize by sailing directly into the wind with their sail down, so always be mindful of which way the wind is blowing. You can check this with the compass-like tool that appears in the corner of the screen. Boats can also capsize by running afoul of rocks or the shallows, or if a brutal force hits them from the side (such as a Sea Serpent). Choppy waves during a storm aren’t usually enough to capsize a boat on their own, but they can make vessels more susceptible to these other obstacles.

What Happens To All The Booty

Slain serpents (and presumably any new creatures to come) will still drop loot, and so will any of the boats you’ve managed to shipwreck in the open sea. These materials will either sink to the ocean floor, becoming unattainable, or float retrievably on the water’s surface. This depends on the weight of the loot in question. For instance, wood will float, as will trophies from your kill. But materials such as animal hide, coins, or bronze nails from the shipwreck will sink.

All in all, it’s pretty easy to determine what will be lost to Davy Jones’ Locker and what items you will be able to salvage. The only floating object that’s outright illogical is your floating tombstone if you happen to perish at sea. But consider that the developer’s mercy as it would be downright infuriating to lose your entire inventory just because you fell afoul at sea rather than on land. Likewise, your ship’s inventory will be safely stored in a floating crate near your tombstone if you meet a watery end.

NEXT:  Valheim: How To Defeat The Elder 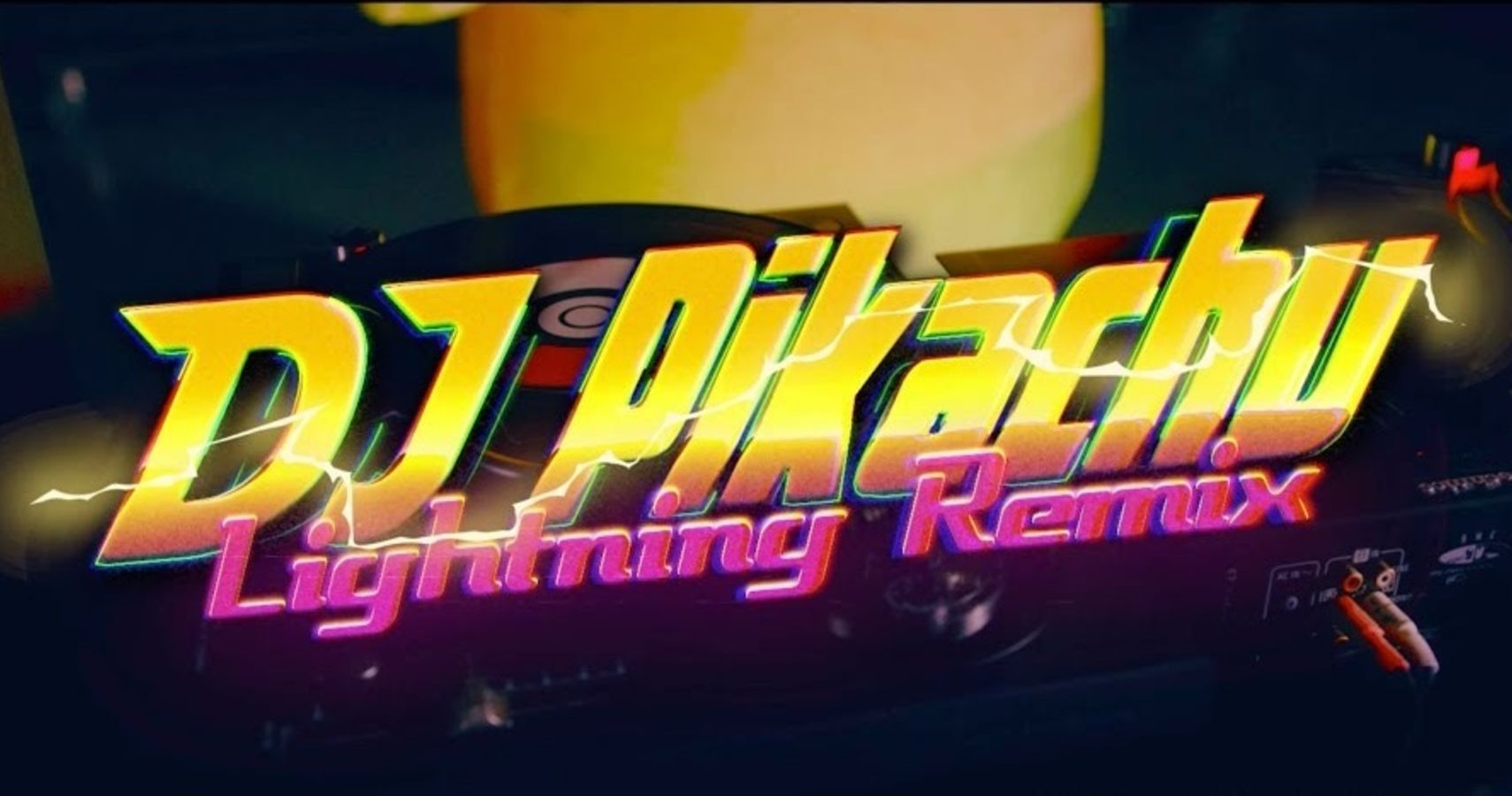