You are here:
Home / V Rising: Where To Get Iron

V Rising: Where To Get Iron

Iron Ore and Iron Ingots are the next stages in V Rising's progression after Copper. You'll need to head into new parts of the maps to find it, and this requires you to be of a certain gear score before you can even think about attempting it.

Iron is used to craft the first set of Iron weapons, and you'll need a Smithy before you can even use it, but before all that, you'll need to find Iron Ore. Here's the best place on the map for it. 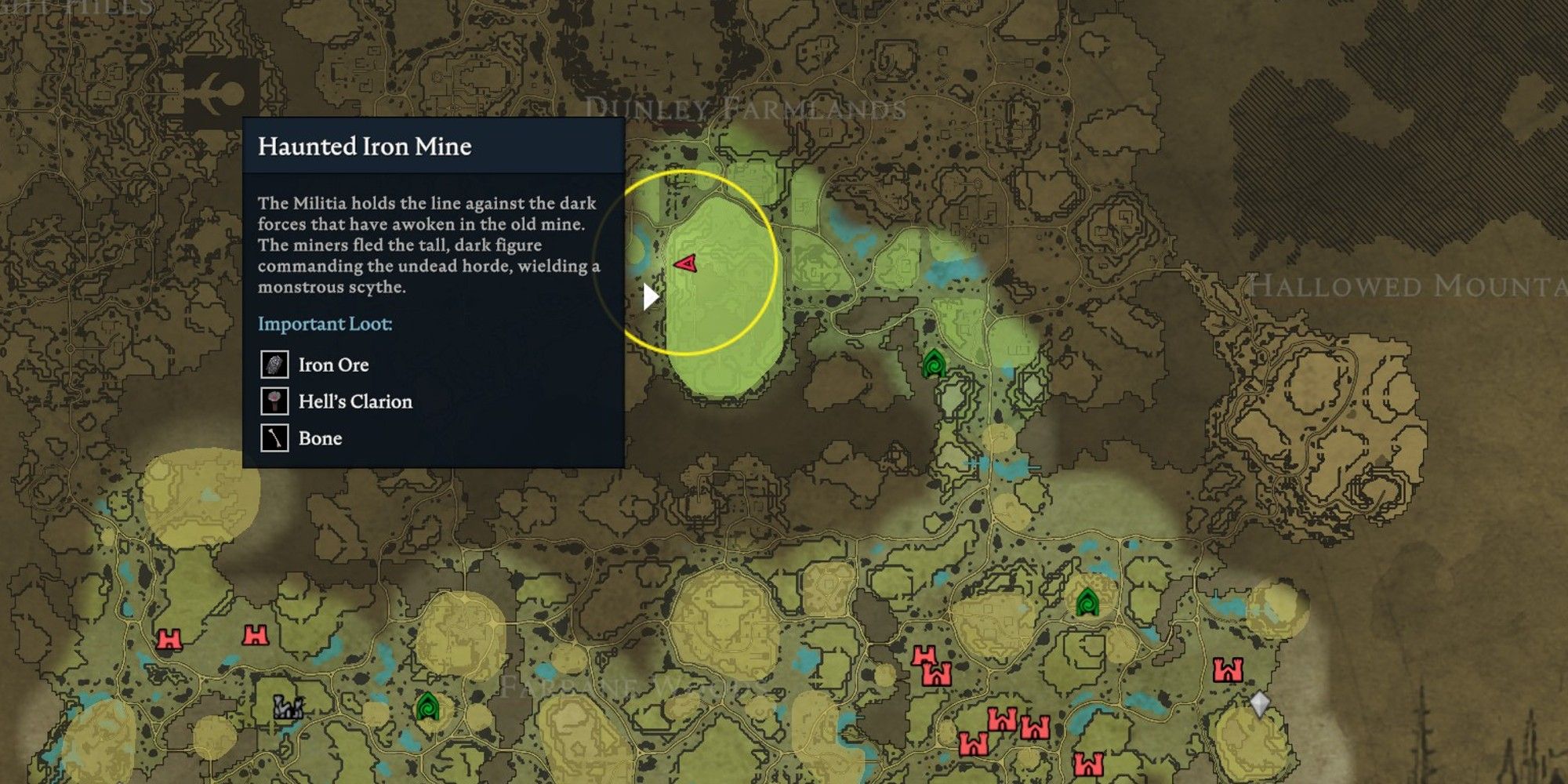 The best place to get Iron Ore is at the Haunted Iron Mine. This is a relatively high-level area, and you need around 30-34 gear score to make it easier to actually harvest all the Iron Ore. It's located in the south of the Dunley Farmlands.

Inside the mine, you want to head to the top right of the area – you can see it on the map below. 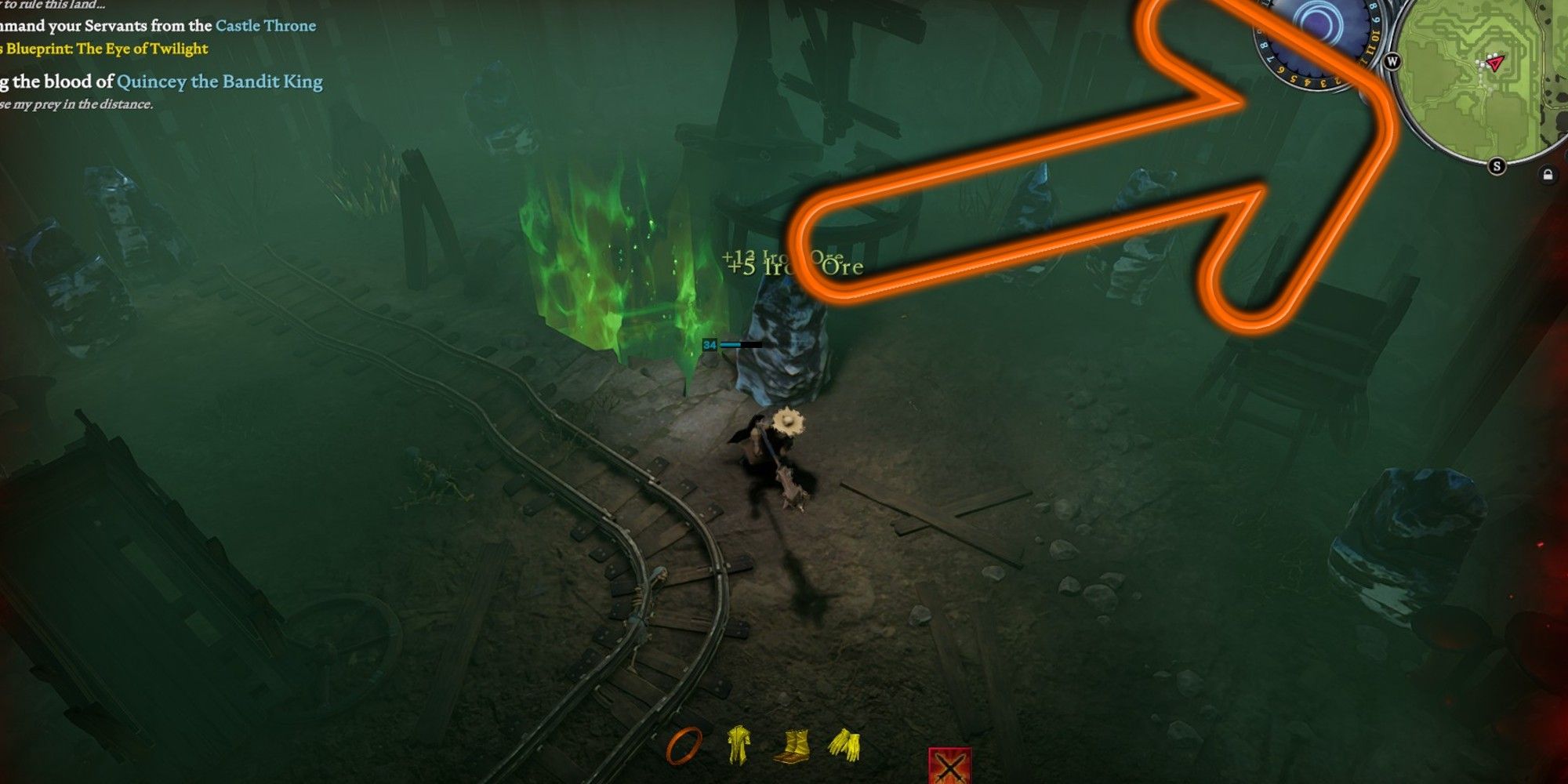 There are several ore nodes clumped together here protected by some elite mobs and some regular mobs. No boss here, unlike other parts of the mines. The volcano does occasionally spit out molten-hot green stuff, so make sure to dodge it while you're mining.

How Do You Use Iron In V Rising 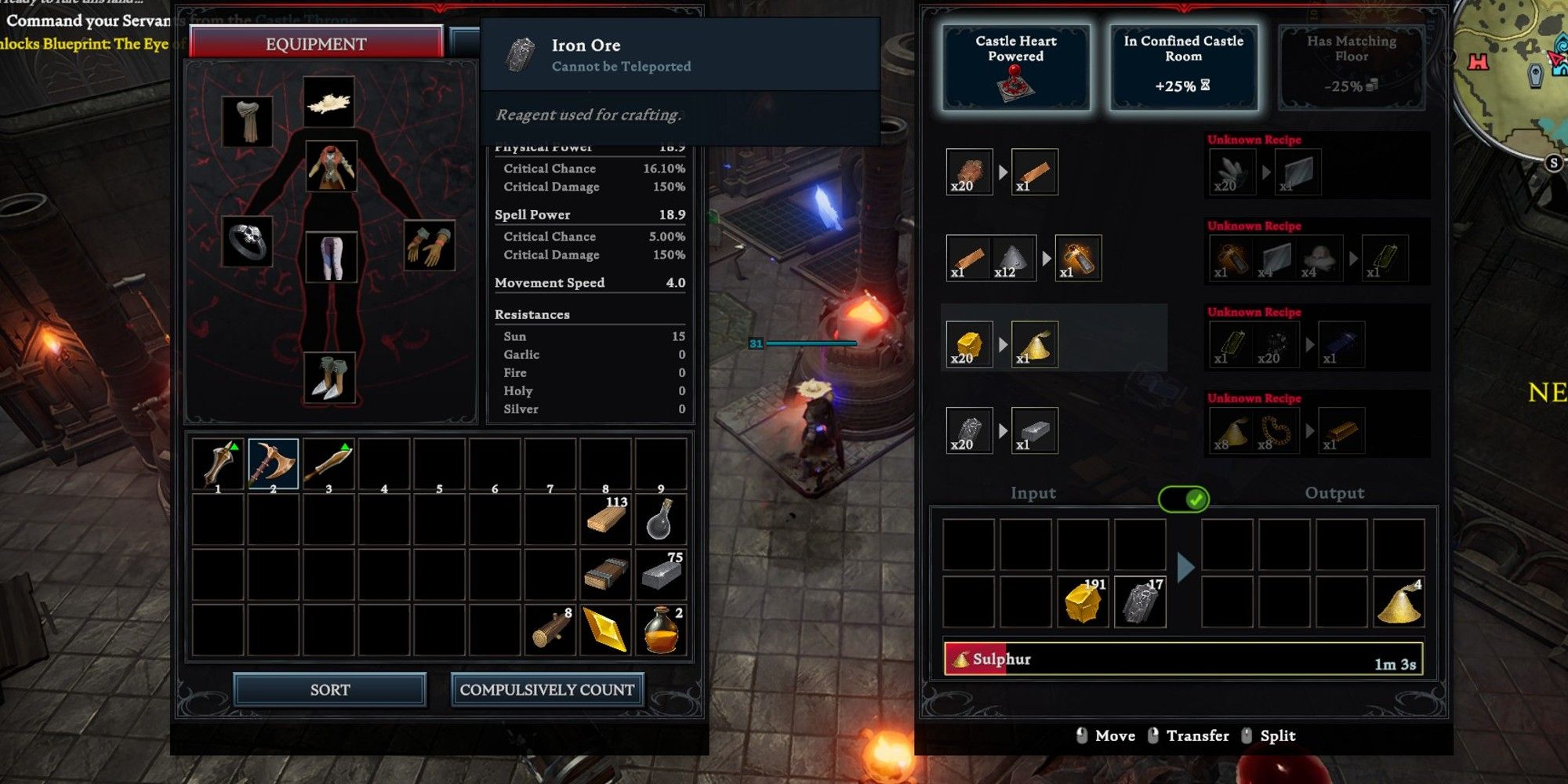 To actually be able to craft anything with Iron in V Rising, you'll need a Smithy. This requires you to beat Quincey the Bandit King in the Bandit Stronghold. This is a level 37-recommended fight.

Then it's pretty simple:

You can craft a range of new weapons with Iron, including the Iron Reaper that deals extra damage to the Undead, and the Iron Slashers.