You are here:
Home / Upcoming Xbox Update Will Make It The First Carbon-Aware Console

Upcoming Xbox Update Will Make It The First Carbon-Aware Console

Xbox is looking to make its consoles the greenest around with a new software update that automatically detects when the local grid is drawing from renewable sources in order to minimize its carbon footprint.

Both Xbox Series S and Xbox Series X consoles will become "carbon aware," as Microsoft likes to call it. This means that both consoles will automatically search for regional carbon intensity data, and where available, incorporate that info into their nightly maintenance window in order to lower emissions. So instead of waking up at a random time between 2 and 6 AM for automatic updates, it’ll wake up at a specific time when carbon emissions are at their lowest.

"This decreases fossil fuel dependency and CO2 emissions, and could potentially save you money," wrote Xbox Wire. "While only available to Xbox Insiders that use Shutdown (energy saving) right now, all Xbox gamers will have the chance to update soon so that your Xbox console is carbon aware." 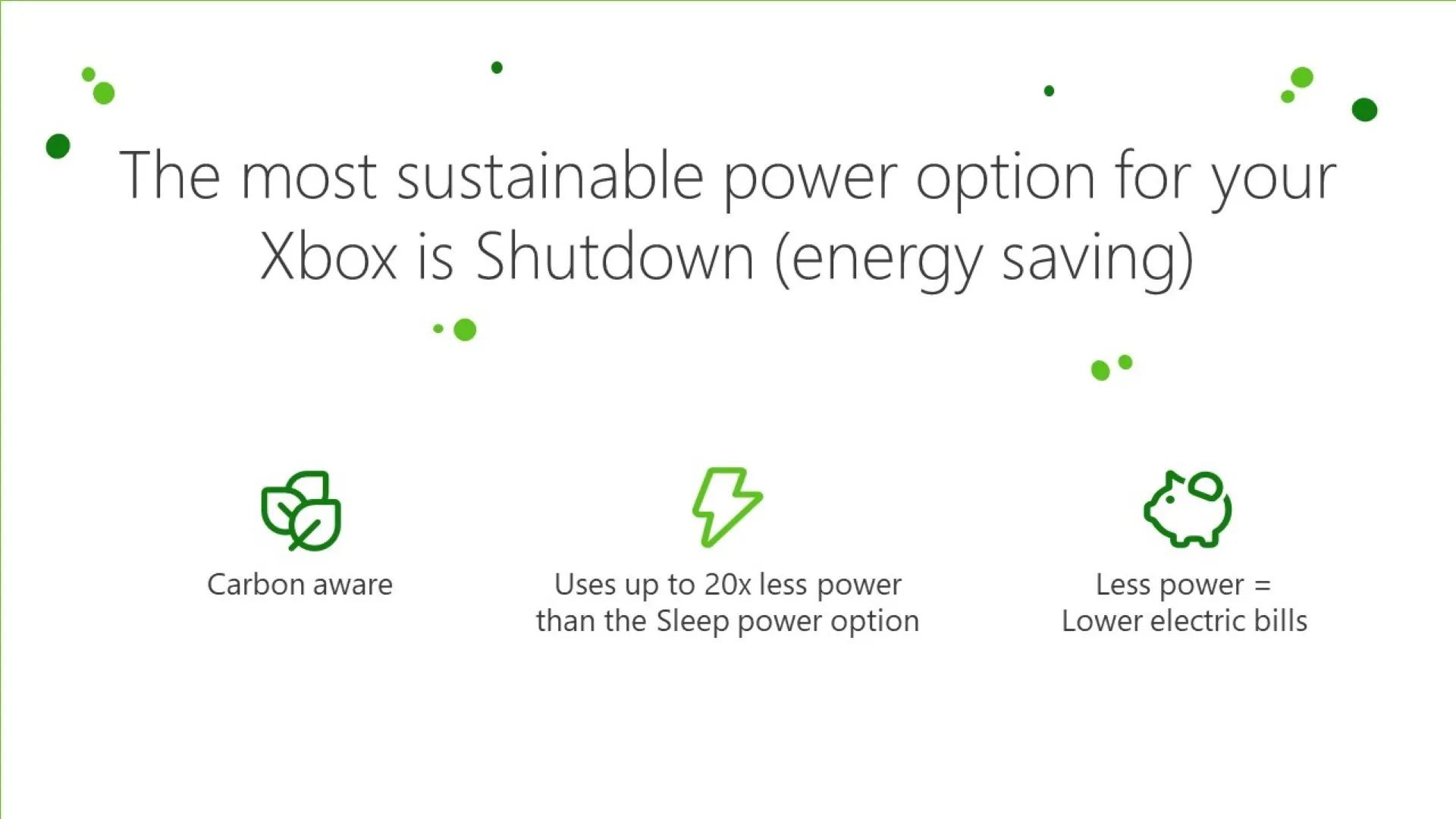 In addition to becoming carbon aware, Xbox Insiders will also have their current-gen consoles automatically updated to use the energy-saving Shutdown power option. This reduces the Xbox Series S and X’s power consumption by as much as 2,000 percent and doesn’t affect console performance or overnight updates. It does eliminate some remote features, however, and it can be disabled in the console settings–although Microsoft hopes you won’t.

If you like the idea of going green but don’t want to deal with Shutdown mode between certain hours, the new "active hours" setting will allow you to tell your Xbox when you want it firing on all cylinders and when it’s okay to relax for the sake of the planet. All these settings and modes are available to Xbox Insiders now but should be rolled out to the wider Xbox ecosystem in the near future.