Undecember is an ARPG that follows in the footsteps of Diablo 2 and Path of Exile. It has the dark fantasy feel of Path of Exile, and your character has that feeling of awesome power as you take on hoards of enemies. But it does enough differently to stand alone.

The number of options and abilities can start to feel overwhelming early on. As gear starts to drop, and you get into the Rune system and Zodiac Tree, the weight of build strategies opens massively. Below we’ve put together some Undecember beginner tips to help you through those early levels. 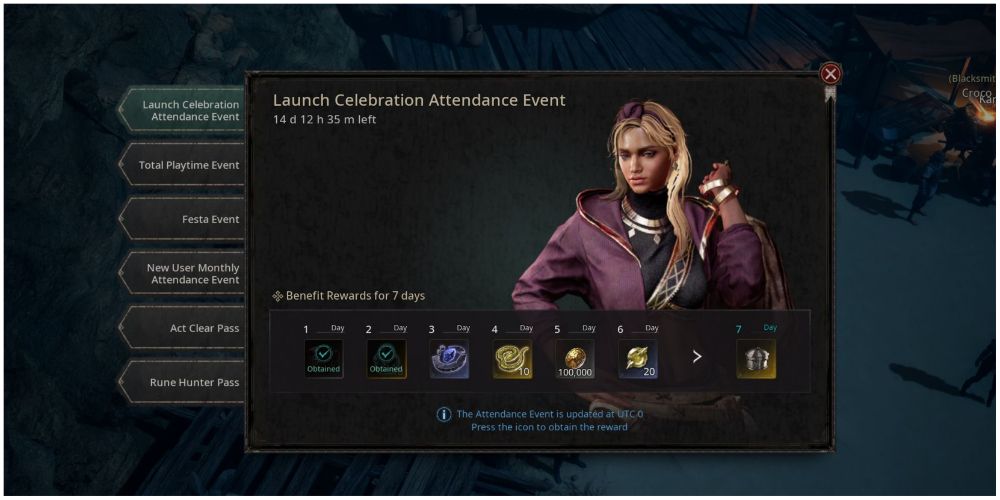 Two icons along from your mini-map is a harp-shaped icon that leads to your Events menu. Especially in the early game, this is a daily source of free items that you really shouldn’t ignore. Simply logging in every day for the first-week gains you a series of rare gear, elements, and gold. While daily missions and events pile up more rewards with little to no effort.

Also remember that many items you may run past can actually be destroyed, such as boxes, carts, and even rocks. If anything has a red edge if you hover over it, it’s worth smashing. Many may be hiding potions or other items you can sell or use later.

Blue Circles Are Your Friends 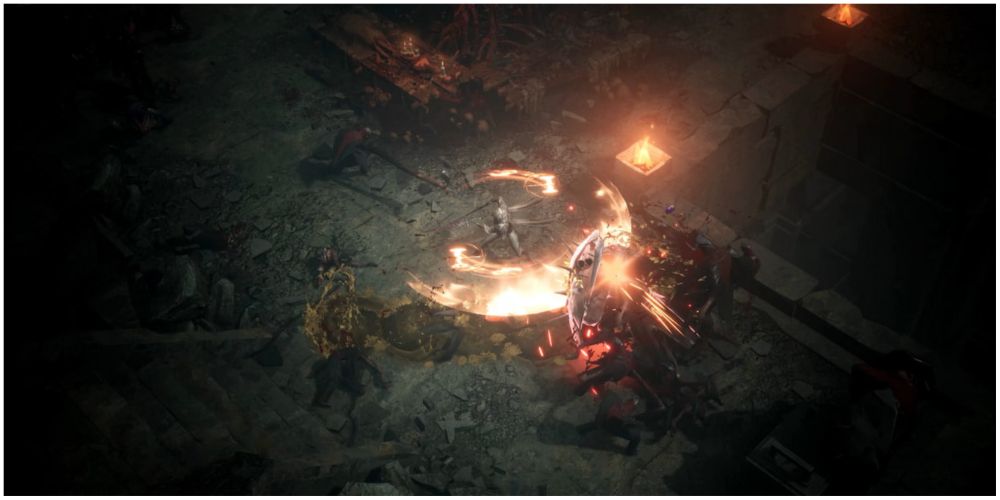 Especially early in the game, keep an eye on all your icons for those small glowing blue circles. They tend to have an exclamation mark in them, like a quest but may have a number. These are basically telling you that you’ve missed something.

It could simply be a guide to a new system, but equally, it could be the timer on a rewarding event that’s going to hand you a great item you can immediately put to good use. Never leave town without clearing them all, both from the icons next to your mini-map and from your extended icon tray (click the burger menu next to the mini-map).

Play Your Way, But Don’t Waste A Point

What Undecember has over the competition (Diablo 2, Path of Exile, etc.) is the ability to create a character purely in the image of your preferred play style. There are no classes. The fact that a melee-mage-poisoning build (Whirlwind-Toxic Flame) is considered one of the most powerful you can create right now is a testament to that. But whichever path you choose, you need to focus purely on making it sing. Try not to experiment too much or pivot often, as the cost can be crippling and put you behind the curve. 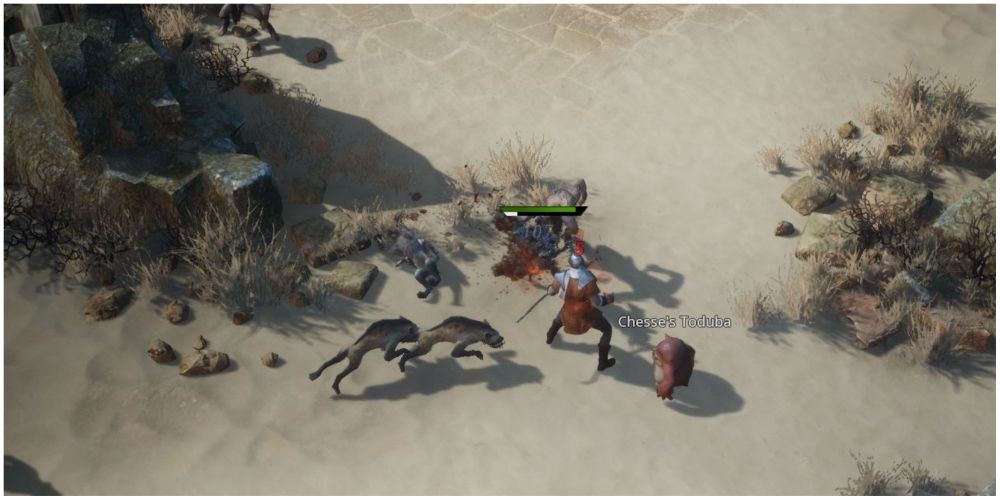 At the bottom center of your screen, you’ll see two orbs. The left (red) represents your health and the right (blue) is your mana. Managing your mana can be crucial to staying alive and will knock on to Skill and Rune choices as you progress through the game. To the left of the orbs, you have quick-use slots for items and potions, while to the right are five slots in which you can equip shortcuts to your favored battle abilities.

Upgrading your chosen weapon via the Blacksmith in town is worth getting used to doing early. Upgrades in quality can unlock interesting and powerful bonuses, so if your pack is getting heavy it can definitely be worth a gamble. 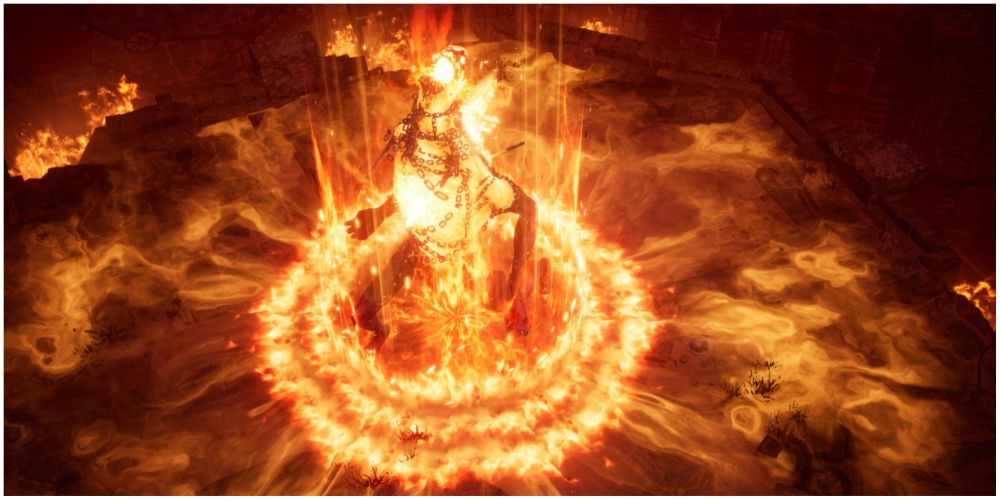 It won’t be long before you’re spending resources and coins to upgrade the quality of your Runes. So, if you don’t want to waste valuable resources it’s best to decide on a play style that will suit your Rune and Equipment choices early. The weapon you choose, and whether you equip a shield, will limit your options. Because while some Runes can be equipped by all characters, many of the most powerful attacks require a specific weapon to be equipped. In brief, sword-based Runes are more melee-focused, bow Runes are ranged, and staff Runes come somewhere between the two.

Where Undecember really shines is Rune linking, which gives players a huge range of options with their skills. It’s the area you’ll need to master to play well, so concentrate early on experimenting with the system. Money is slow to come early on, so be sure you’re picking up Link Runes that will actually work for you, as their requirements can be very specific (colors must match, for example, but also the type of Rune). You’ll find them on the lowest tab when choosing the purchase option with the Mystic.

As you collect elements as loot drops, you can use them to improve your Runes. To avoid waste, use the correct colored element (red, green, or blue) on a specific Rune. Otherwise, you’ll only get 80 percent of the experience points available from it. However, earth and light elements give the full bonus to any Rune. 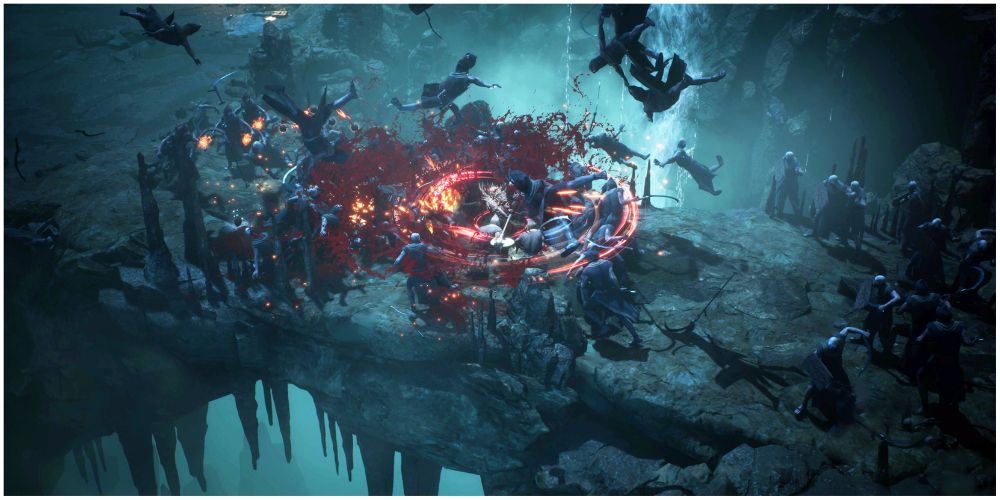 As you level up, you’ll be able to spend points to raise your basic stats and open up specialization trees through the Zodiac tree system. As a basic rule in terms of stats:

But most builds will use at least two of these stats, while probably avoiding the third. For example, a caster will put points into Intelligence as they need the Mana. But they may also pump points into Strength to increase their survivability as it adds HP and Armour, especially if they want to operate up close.

Leveling will also reward you with Trait points, which you can spend on the various Zodiac path trees. Once again, these can give large bonuses to every aspect of play, from allowing you to summon extra Minions to increase your defense or damage output. There are no wrong answers here, as long as you’ve chosen a Rune path and your Zodiac choices are in tandem with those decisions.