You are here:
Home / Umbilical Is A Fascinating Co-Op Horror Games About Staying Connected

Umbilical Is A Fascinating Co-Op Horror Games About Staying Connected

A lot of people go to game conventions like PAX West to see the big expensive booths and grab a sneak peak at the next big triple-A game, but the real ones know the good stuff is always hiding in plain sight. If you really want to see something special, walk up to the most unassuming booth in some quietest part of the show floor and ask for a demo. At last weekend’s PAX, that's how you would have found Umbilical, a survival-horror co-op game from an indie Brazilian publisher called DX Gameworks. Umbilical is, as the developers describe, a game about connection inspired by Alien, Returnal, and of course, Death Stranding.

You play as Alicia, a woman on a mission to protect an inhospitable planet from a malicious parasite that wants to consume the world’s energy source. To be more precise, you actually play as Alicia and her drone, which is linked to her suit by a long, umbilical-like tether. Alicia can not survive without being connected to the drone, so protecting their connection is your number one priority.

Umbilical has a unique perspective and control scheme that lends itself well to survival horror. You see the world from the point of view of the drone looking down on Alicia from a bird’s eye view. You control each of them independently, each half of the controller assigned to each character. In co-op, each player will control one character. It seemed to me that the experience is mostly designed for co-op, since the themes of connection will be much more present while trying to work with another person to survive, but the developers assured that single player will be a perfectly viable way to play as well. 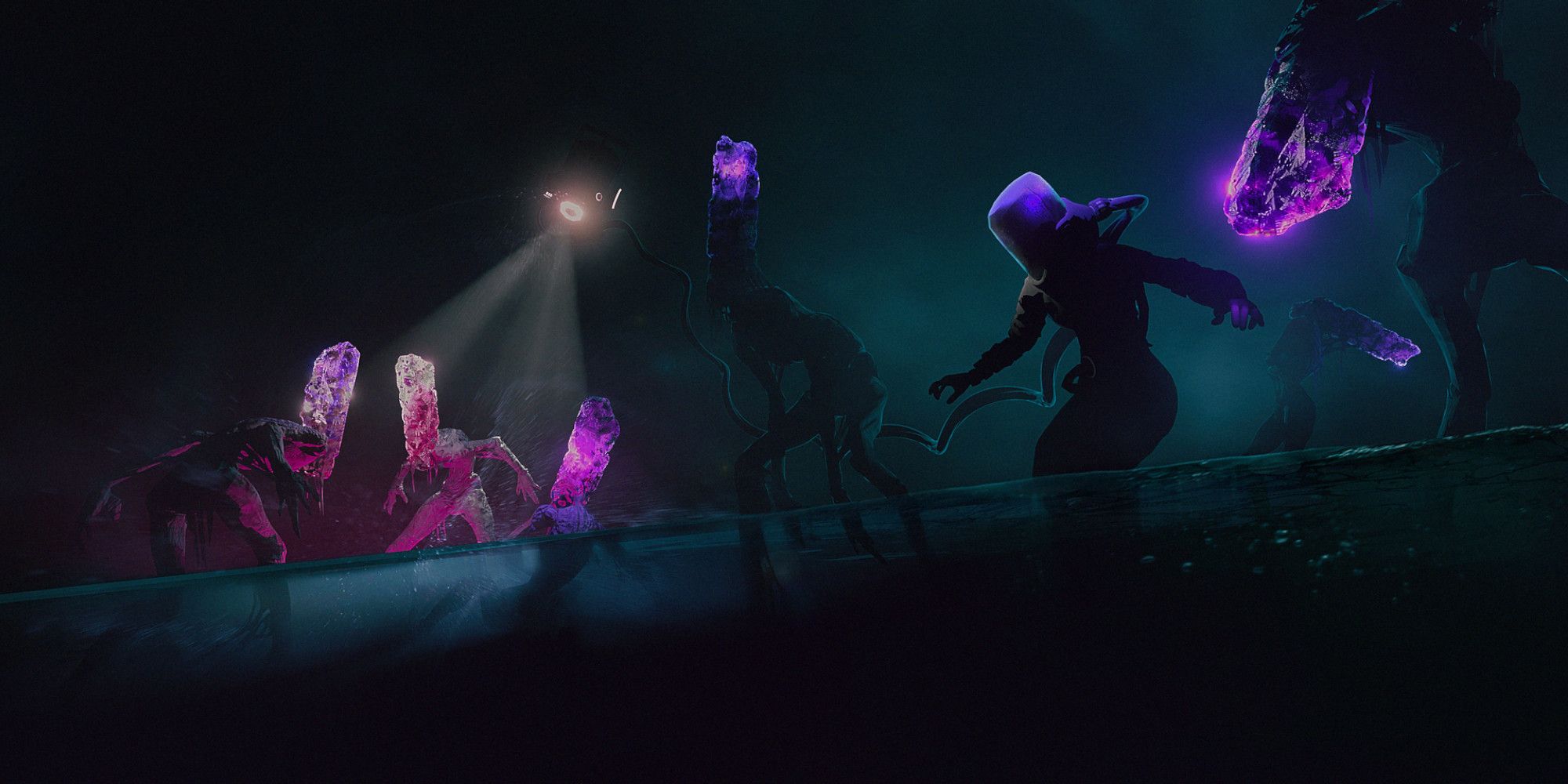 While Alicia explores the planet, the drone lights the way with its spotlight. The two share one pool of energy, so when Alicia runs, for example, the drone’s light will begin to dim. Balancing that energy out to progress is a key to success in Umbilical – you get a strong sense of give and take right from the start.

While the pace is slow and methodical, Umbilical is an action roguelike, and has all the trappings of one. Character progression, including new weapons, abilities, and stat upgrades, is centered around protecting and collecting the world’s energy source. You’ll need to fight off parasite-infested creatures, including boss monsters, as you progress through the world.

Umbilical is still a considerable ways off, but the trailer and gameplay demo I was shown show a lot of promise. Fans of similar top-down horror games like Darkwood will feel right at home, but the visual theme is clearly heavily inspired by H.R. Giger’s brand of cosmic body horror. Every surface is covered in wet viscera. Barriers and walls seem to be made of pulsing, organic tissue. It’s almost a blessing that you can only see a small radius around your spotlight because the world around you is so grotesque. Even in this early form, it's clear that DX Gameworks has a strong vision for Umbilical.