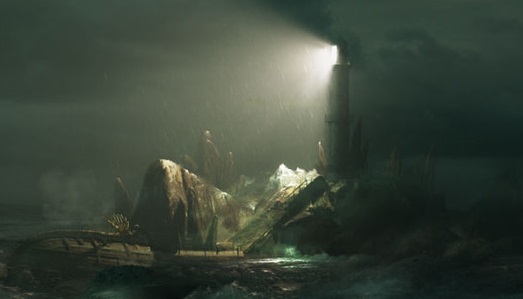 Frogwares has begun working on a brand new project as an act of defiance against Russia, with even its name serving as a ‘middle finger.’

While some Ukrainian studios like GSC Game World have put game development on hold due to the Russia-Ukraine war, Frogwares, the studio responsible for multiple Sherlock Holmes games and The Sinking City, has no intention of slowing down.

It still managed to release the PlayStation 4 version of Sherlock Holmes: Chapter One (the Xbox One version had to be postponed) recently and now the studio has announced it’s started development on an entirely new project.

Titled Project Palianytsia, Frogwares bluntly describes it as a ‘middle finger’ to Russia. Not just to show that the studio is pushing on despite the circumstances, but the name itself is intrinsic to Ukrainian culture and deliberately chosen to mock Russia.

‘The name Palianytsia is symbolic to Ukraine as it’s considered part of our national cuisine,’ explains communications manager Sergey Oganesyan.

‘But it’s also the equivalent of phonetical Dark Souls for Russians who often can’t pronounce it correctly when trying to pass off as Ukrainian. And so now it’s often used in the field as a test to quickly identify possible affiliation of unknown individuals.’

As for the game itself, it’s a Victorian-era mystery meets eldritch horror. So it’s essentially a mixture of Frogwares’ work on the Sherlock Holmes games and the Lovecraftian adventure The Sinking City.

Frogwares admits that making something entirely new is more difficult than updating its already available games, so it’s keeping a realistic approach to development.

‘To be frank, Palianytsia is not the project we had originally planned on doing next, but with the war taking place, we needed to re-evaluate everything,’ reads a separate statement on Frogwares’ website.

‘It is a bit more streamlined than our latest open world titles but it’s a game we are sure we can deliver under these extreme circumstances.’

While it will have a tighter scope, Frogwares aims to make its new game ‘ambitious, packed with quality, and with great storytelling and mystery behind it.’ A proper reveal is currently scheduled for the summer.

Frogwares has also recently received financial assistance from Epic Games. Earlier this week, it revealed that the Fortnite company had donated a ‘MegaGrant’ to help fund game development and relocate employees to safer areas.

We are proud to share that weâve received an Epic MegaGrant from Epic Games. #EpicMegaGrants

Read our announcement for all the information: pic.twitter.com/XwShdGaQbO