You are here:
Home / UFC 264 on PS5, PS4 and Xbox One: How to watch McGregor vs Poirier on consoles

UFC 264 on PS5, PS4 and Xbox One: How to watch McGregor vs Poirier on consoles 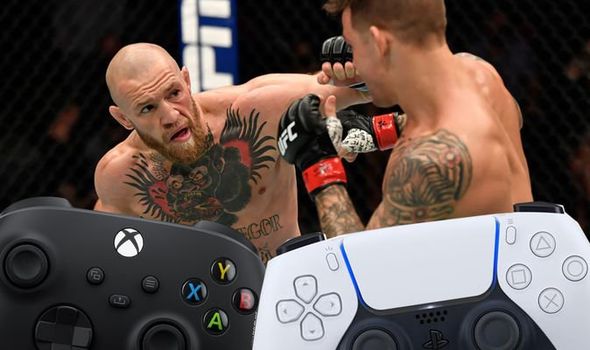 Conor McGregor takes on Dustin Poirier in the main event of UFC 264 tonight.

The event kicks off at 1am BST UK time on July 11, although McGregor and Poirier aren’t expected to walk to the ring until around 5am BST.

The highly-anticipated UFC 264 event will be broadcast exclusively on BT Sport Box Office. The event costs £19.95, and will include a total of eight fights.

And don’t worry if you can’t access BT Sport on your TV, because there are other ways to watch the app.

Indeed, if you own a PS5, PS4, Xbox Series X/S or Xbox One, then you can watch the fight on your console.

“BT Sport is available to watch in more ways than ever before thanks to our large screen app being available on a whole host of devices,” BT explains.

“As well as the live channels, the app also includes exclusive on-demand content and highlights across our huge range of sports.”

As BT points out, fans can also use the app to access pay-per-view events, including UFC 264.

That’s on top of Carlos Condit vs Max Griffin in a Welterweight clash, Niko Price vs Michel Pereira and Dricus Du Plessis vs Trevin Giles.

UFCF: McGregor gets to grips in grappling session

As for McGregor and Poirier, the brawlers are currently tied at one victory each, having first fought each other in 2014.

The first fight saw McGregor knock out Poirier in the first round. Poirier won the long-awaited rematch earlier this year, knocking McGregor out in round two.

Tonight’s battle is tipped to break records, as McGregor aims to beat the 2.4 million buys achieved when he fought Khabib Nurmagomedov at UFC 229.

“I’ll break records on the PPV,” McGregor recently said. “I know that’s the expectation. I’ve been in big fights before, and it’s always electric, and this one will probably be the biggest so far.

“Having fans there this time is going to add even more to the atmosphere. So, I’m truly so excited, and I’m going to put on a show.”