You are here:
Home / Twitch Streamer Shaves His Junk During CS:GO Stream

Look, I get it; manscaping is important. But there’s a time and a place for everything, and manscaping in the middle of a CS:GO stream just isn’t the right time or place. Not the least of which because it’s against Twitch’s terms of service.

This story comes courtesy of Dexerto, who had the unfortunate pleasure of watching streamer "csgoambi" shave his genitals live on stream. During a CS:GO stream on January 27, csgoambi took out an electric razor and began shaving his balls for a live audience of a few people. The clip was left on his channel, however, resulting in someone reporting. The clip and csgoambi's channel have both been banned, but not before the clip started making the rounds on social media.

You'll have to dive into the comments on this Reddit thread to find the clip now, but I'll save you the trouble. While music is playing in the background, csgoambi stands up, drops his underwear, and begins shaving his pubic hair. He never actually removes his underpants and all that hair is just falling into them, which he then puts back on to continue streaming as if he hadn't just performed a bannable offense. 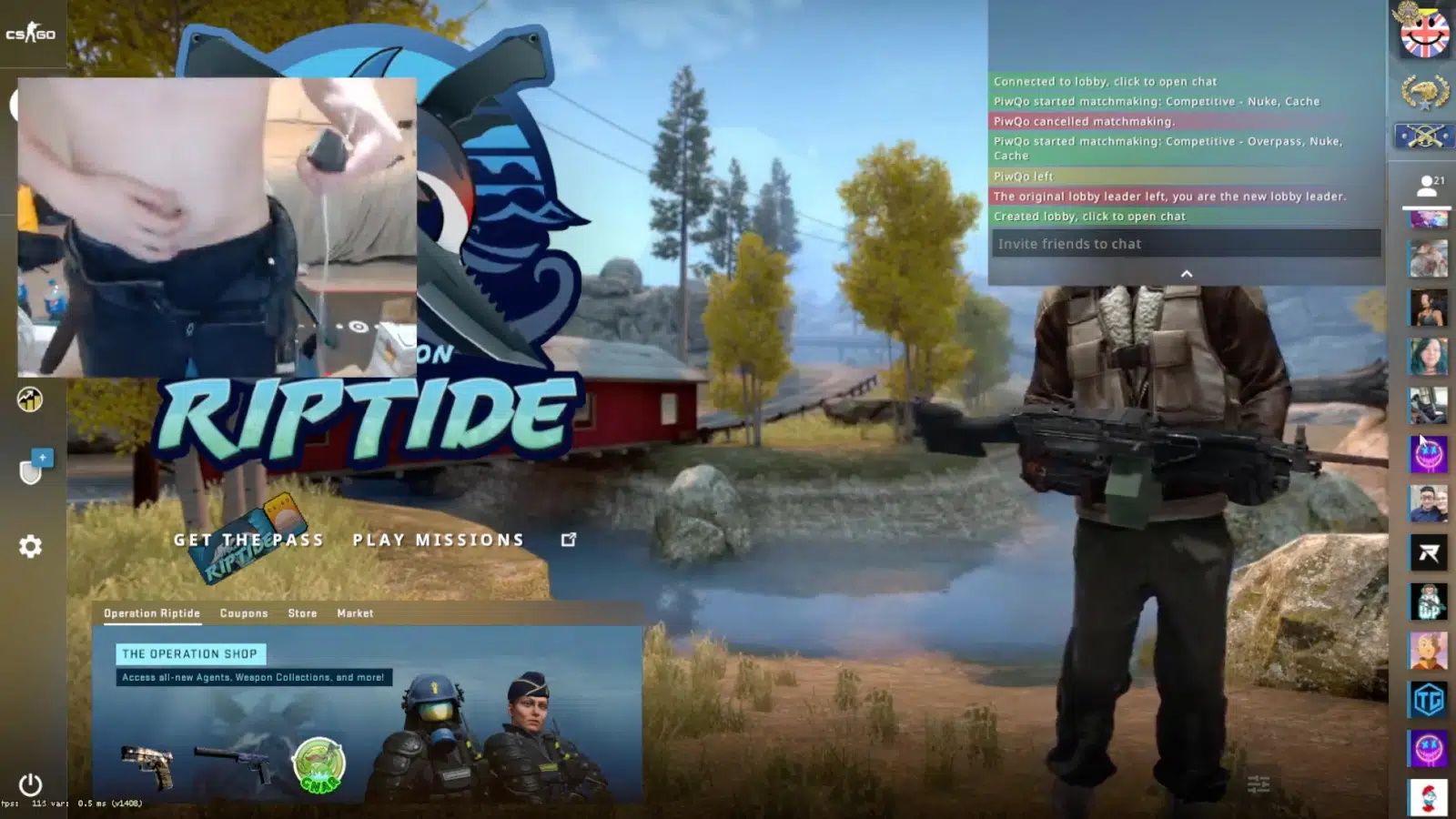 Comments in the Reddit thread are suggesting that csgoambi suffered some sort of mental break. User Eugenstyle, who says they're a friend of csgoambi, wrote that the likely cause of this mental breakdown was the recent death of a mutual friend.

"He joined the lobby and we played like two rounds and talked about the old times," explained Eugenstyle. "So while we were playing he already was struck with grief, one minute everything was okay and the next he cried a fucking lot (understandable) but this switched like every round. And I think [the friend’s] death broke the camel's back."

Grief can make anyone do strange things. Here’s hoping csgoambi is getting some help during his time away from Twitch.