You are here:
Home / Twitch streamer MissMikka beats all Elden Ring bosses on a dance pad 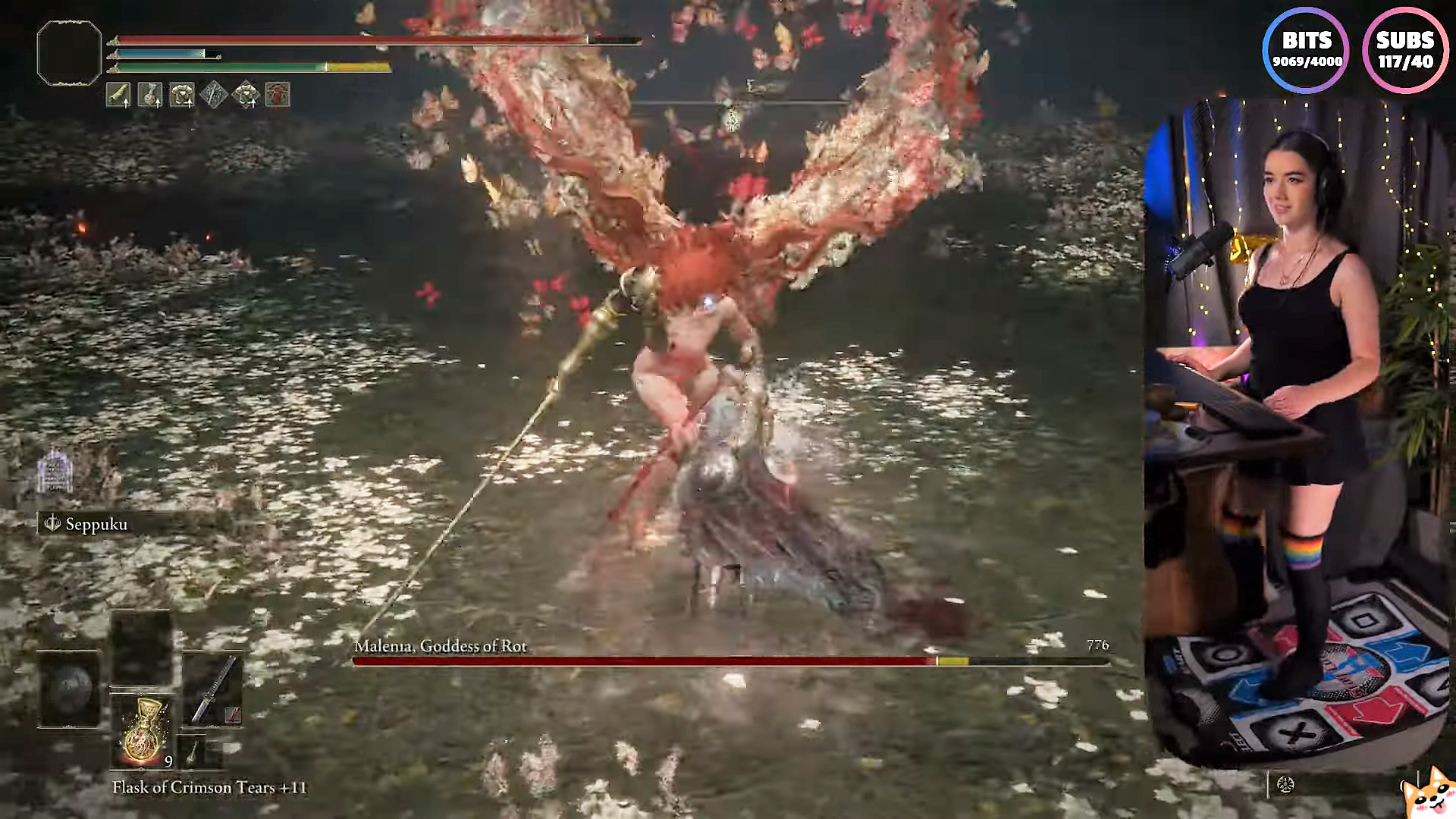 Having trouble beating Elden Ring? Perhaps you should try using a dance pad or playing it one-handed?

Elden Ring is already pretty difficult to complete when using a keyboard or a controller, never mind a dance pad.

However, Twitch streamer MissMikkaa took it upon herself to finish the game once again, this time using only her feet.

After beating ultra difficult boss Malenia with one hand, the infamous streamer has now trampled all over the game’s 15 major bosses.

It took her 13 days of streaming and a total of 66 hours of gameplay, but, as ever, persistence seems to be the key to success in Elden Ring.

Besides doing a Remembrance run, which requires you to slay the 15 main bosses that hold Remembrances, MissMikkaa also overcame other side foes, bringing the tally to 53 bosses in total.

In a Twitter post, MissMikka said that though it was a ‘fun’ challenge, it took her a while to get the hang of beating enemies with a dance pad, as she kept losing to Soldier of Godrick – the first boss in the game.